Thailand is the third-favourite destination in Asia among the world’s expats and the seventh-best globally, a poll on quality of life for bank HSBC found Wednesday. 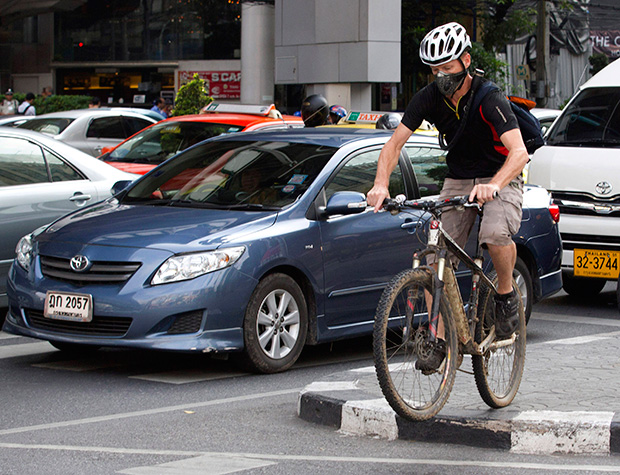 A foreigner cyclist pedals on a street of Bangkok. Opportunities for sport are one of the factors that made Thailand the third most-popular choice of destination for expats surveyed by British bank HSBC. Affordable quality of life was the kingdom’s biggest attraction, 140 Thailand-based expats said. (AP photo)

"Thailand emerges from the 2014 Expat Explorer survey as the best destination for expats looking for an improved lifestyle at a low cost," the British bank said. "Over two-thirds of expats say they associate Thailand with a higher quality of life (69%) and 72% say they have greater levels of disposable income than they did before moving to the country (much higher than the global average of 53%)."

The poll - said to be the world's largest of its type - questioned 9,300 people working in various sectors and mostly aged between 35 and 54. They were asked about their financial situation - such as salary, savings and the local economy - as well as their quality of life and family issues such as education opportunities for children.

Switzerland emerged the winner, with a trusted economy, good quality of life and comfortable salaries: a quarter of expats said they earned more than $200,000 a year. Many Switzerland-based expats mentioned the better work-life balance, availability of outdoor activities and the family-centric culture as the reasons they enjoy the Swiss lifestyle," the bank said.

Singapore - the top expat choice in Asia and second overall globally - "performs solidly in all areas accounting for quality of life" while offering good economic opportunities, the survey said. Meanwhile, China - second in Asia and third overall - was a top country for high-earners, with one in four of respondents there earning more than $300,000 a year, and having more disposable income to spend on their social lives.

The lowest-ranked of the 34 countries was Egypt, followed by the United Kingdom and Brazil. 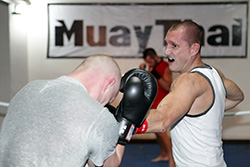 Thailand did not make the top 10 favourite countries among high-income earners. But more frugal expats - most of them older - named the kingdom as the best place for affordable, quality living.

"Expats in Thailand and Vietnam (sixth in Asia and 16th overall) point out how cost-effective it is to live in these destinations, with many saying that the countries offer much better value than home," the bank said.

The poll queried 140 expats in Thailand, 38% of whom hailed from the United Kingdom, 14% from the United States and 9% from Canada. A quarter of the respondents worked in education while another quarter were employed in marketing, media, hospitality, travel, and tourism. The sample skewed older, with 30% of those answering being 55 or over and 44% ranging from 35 to 54. Two-thirds of the 140 expats surveyed were male.

The expats said they appreciated paying less on utilities, accommodations, public transport, and groceries while 78% said the quality of their accommodation improved or stayed the same since moving. Parents ranked Thailand No 1 in the world for cost of childcare and children's confidence.

The respondents sounded like they were a bit lonely, however: Thailand ranked near the bottom of the 34 countries surveyed when it came to learning the local language, making friends and feeling welcome at work. Thailand also ranked 32nd on expats' feelings about the environment.