Multinational drug suppression operations along the Mekong River which ended on Wednesday are tipped to continue until the end of the year, with the four countries involved in the operation declaring it a surprising success.

Narcotics Control Board secretary-general Permphong Chavalit said the operations had proved a big success and the countries involved − Thailand, China, Myanmar and Laos − have agreed to discuss extending the project. 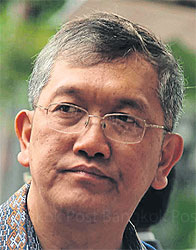 Mr Permphong said Justice Minister Paiboon Koomchaya was happy with the outcome and planned to expand the current area of cooperation to include adjacent land areas from the middle of next month. The countries deployed patrol boats and joint forces to suppress drug trafficking along the Mekong River from Jan 12 until Wednesday.

The operation was run by the Safe Mekong Coordination Centre and netted a large amount of drugs and several traffickers.

Before the four-country effort was launched, drug producers and smugglers in the region had moved 30% of their products via the Mekong River, he said.

Now, there were no big consignments of illegal drugs being seized along the river, he added.

Recently, Shanghai police together with Guangzhou police had raided a plant used for producing illegal drugs in Lufeng city in Guangdong province and arrested 28 suspects.

Mr Permphong also stressed the need for curbing precursor chemicals that can be diverted into illegal drugs.

Mr Permphong said the four countries would meet next month to review their performance and discuss the possibility of extending the operations to the end of this year.

The Safe Mekong Coordination Centre (SMCC) was launched in Chiang Mai after Myanmar, Laos, China and Thailand agreed to intensify their crackdown on narcotics smugglers.

Their operations included coordinating river and land patrols, sharing information, identifying targets and raids, and blocking the flow of precursors.