Volunteers for military service increased more than 10% this year, accounting for nearly 44% of the year’s total intake.

Incentives such as higher wages, better welfare benefits and good image of the military, and government career advancement opportunities were among reasons for young men wanting to be conscripts. 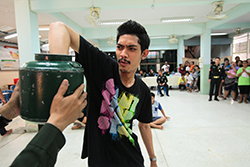 Will he draw red or black? A potential conscript draws the card setting his fate during military conscription April 1. (Photo by Patipat Janthong)

Fifty-five districts in 19 provinces met the number of volunteers targeted by the military, she added.

Every year, between April 1 and 12, Thai men between the ages of 21 and 29 face the military draft. If they have completed high school training, known as ror dor, they can avoid conscription.

They may also defer national service, for education, health reasons or family obligations. Buddhist monks, the disabled and transgenders with legal health certificates are exempted. 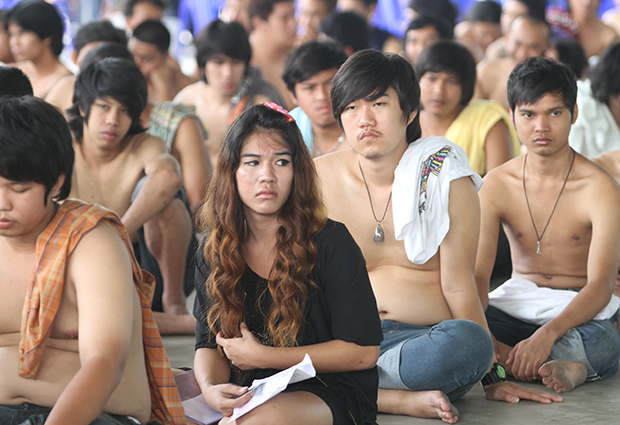 EAST LONDON, South Africa: South African police were on Monday combing a township tavern where 21 teenagers mysteriously died as survivors described a battle to escape the jam-packed premises and one reported a suffocating smell.