A large protest organised by the 4th Army in Sadao district town, Songkhla province on Thursday responded to the recent discoveries of dozens of bodies at nearby detention centres operated by trafficking gangs. (All photos by Pornprom Satrabhaya)

As dozens more Rohingya, including children, were found abandoned by trafficking gangs in Songkhla and Satun provinces Thursday, authorities have launched an investigation into the 50 police officers transferred following the discovery of Rohingya detention camps and graves.

Police and officials found to have turned a blind eye to the trafficking of Rohingya will face disciplinary action, even if they are not directly involved, a government source told the Bangkok Post.

If there is enough evidence showing the officials were directly involved in human trafficking, they will be dismissed from government service and criminal charges will be filed, the source added.

Action against officials will be conducted in a fair, transparent manner and according to the law, he said.

"The prime minister has instructed that if there is sufficient evidence against officials and the investigation is done properly, he wants the cases to stick," the government source added.

In the current drive to uproot the Rohingya trafficking network the government is adopting a new approach where police and prosecutors will work together to investigate and interview witnesses to speed up the process.

Gen Prayut has also ordered that Rohingya and witnesses be given increased protection, and cases against officials and suspects will be filed by prosecutors in Bangkok, not locally.

Trafficking will be monitored in all provinces to apprehend syndicates who try to move their human cargo via sea routes, rather than by land.

The most recent police transfers were on Wednesday, when 38 officers responsible for areas which were key Rohingya trafficking routes were abruptly transferred to the National Police Office's headquarters until further notice. 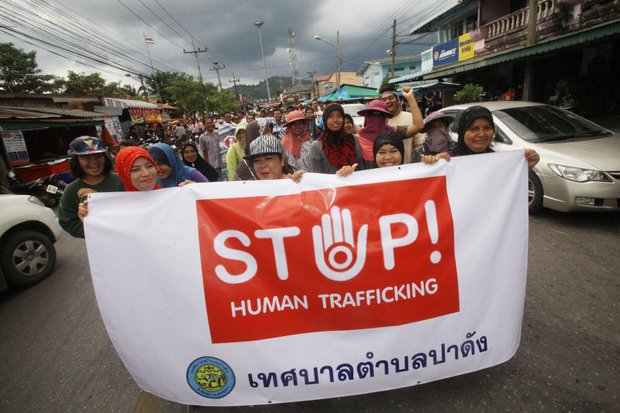 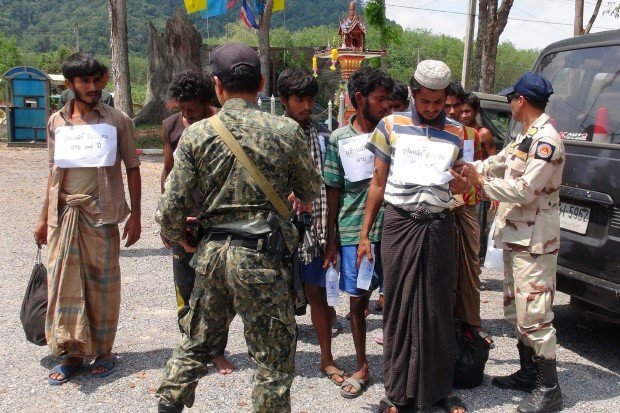 Rohingya human trafficking victims are emerging from forest camps by the dozen, as gangs go on the run from government pressure. This group of Rohingya received makeshift ID papers and were housed at a Songkhla province mosque. (Post Today photo)

Meanwhile, in Songkhla, 13 undocumented Rohingya, including four children, were found abandoned in a forest area.

They all looked frail and hungry. They were given food and drinking water before being taken to a police station.

They told the local administration authorities, through an interpreter, that they had travelled in a group of 30 from Kawthaung in Myanmar by boat and entered Thailand at Satun, where their traffickers forced them to walk through the forest on foot for 13 days.

They had yet to pay the traffickers, who promised to help them reach a third country through Thailand. The cost of the trafficking service was to be paid off later when the immigrants arrived at the destination and worked without pay for two years.

Narongporn na Phatthalung, chief of the Hat Yai district office, said defence volunteers were searching for 17 other Rohingya immigrants lost in the forest after they were abandoned by traffickers who fled the crackdown.

On Wednesday, another 17 Rohingya were found in a forest area in Rattaphum district and taken into custody by local authorities.

Another 29 Rohingya, including a number of children aged six to eight, strayed into a village in tambon Laem Son in Satun's Langu district. They were starving and the children were frightened and crying for their mothers.

The 29 were given food and clothing and are staying temporarily at a mosque in the village. They said they had travelled by boat for 24 days before being dumped in a mangrove forest area.

Traffickers of migrants have shifted from land routes to international sea passages to bring the Rohingya to Malaysia through Ranong and Satun provinces, said another source.

In Hat Yai district, the Border Patrol Police Bureau inspected a deserted Muslim cemetery in Ban Chalung and found 30 more graves where Rohingya are thought to be buried.

In Ranong, provincial governor Suriyant Kanchanasil instructed 300 police, soldiers and other security officers to patrol along the Thai-Myanmar border in tambon Nam Chuet Noi in Kra Buri district, after receiving a tip-off that about 500 Rohingya were to enter Thailand. 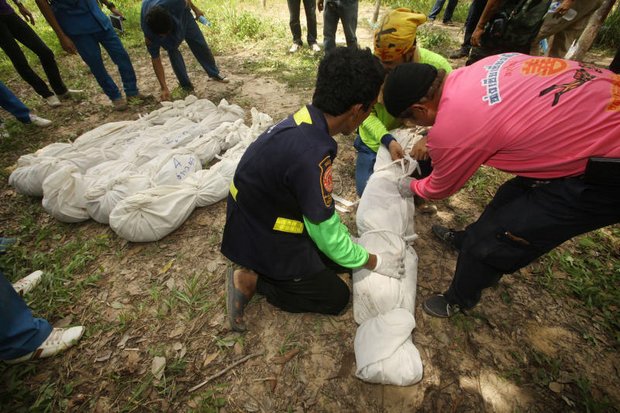 The toll of Rohingya victims found in graves in and near Songkhla province continued to mount Thursday, as another bodies were found. Officials say they have recovered human trafficking victims from graves this week.