The International Civil Aviation Organization (ICAO) on Thursday "red flagged" Thailand for failing to solve significant safety concerns (SSC) on aviation standards within the 90-day deadline after receiving a warning.

The red flag symbol is shown on this list of audited countries.

The action follows an audit by representatives of the UN agency of the Department of Civil Aviation's air transport safety certification for Thai-registered airlines in February.

In March it warned Thai civil aviation authorities about substandard certification and gave the department 90 days to meet its standards. 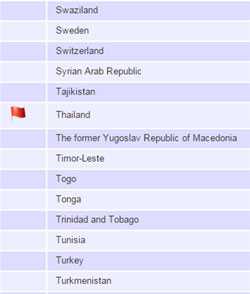 The red flag with Thailand on ICAO's list of audited states

The ICAO found conflict of interest in that the department is both the regulator and the operator of provincial airports in the country. It also warned of insufficient personnel inspection and leniency in issuing air transport licences.

Significant safety concerns (SSC) indicated that the state was not providing sufficient safety oversight to ensure the effective implementation of applicable ICAO standards, the organisation said.

A transport source said on Thursday that the red flag might not lead to any more adverse results because the international community was already aware that Thai authorities were improving their aviation certification standards. This included reviews of all certificates of Thai-registered airlines and the training of personnel, which should be completed this October.

The source said the European Aviation Safety Agency (EASA) would make an announcement on the issue on June 25, but a ban on Thai airlines' flights to Europe was unlikely because Thai Airways International (THAI) was the only Thai-registered airline flying to Europe and EASA was already checking on THAI.

THAI president Charamporn Jotikasthira said the ICAO's red-flag symbol indicated that the Department of Civil Aviation's supervision on aviation safety had not met the ICAO's standards, but that did not mean air transport services, airlines, aircraft and airports of Thailand were substandard. 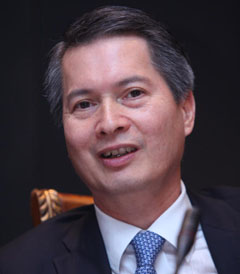 Recently, the Economic Intelligence Centre of Siam Commercial Bank warned a red flag could cause international aviation agencies to re-evaluate the safety of Thai aviation facilities.

"Charter carriers will lose out as their operating licences are issued on a case-by-case basis. Full-service airlines and medium-haul low-cost carriers will experience setbacks in their growth plans from the inability to establish new routes or to increase their flight frequencies," it stated.