‘Bike for Mom’ a chance to unite: Prayut
Thailand
General

‘Bike for Mom’ a chance to unite: Prayut

Prime Minister Prayut Chan-o-cha has called on the public to rally behind Sunday's "Bike for Mom" event, which he said provides an opportunity for national unity. 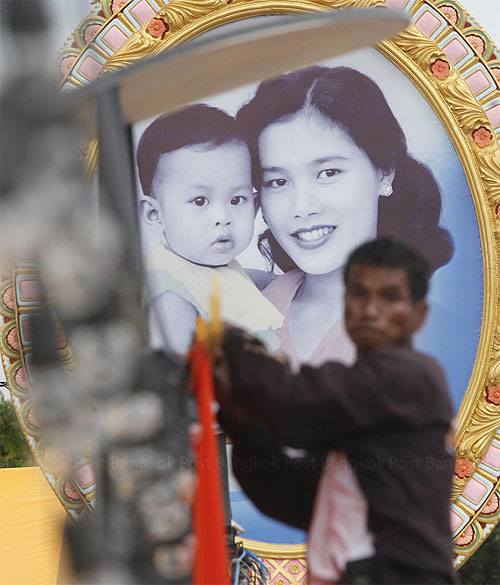 Finishing touches: A man helps with final preparations for the 'Bike for Mom' event near a photo of HM the Queen and HM the Crown Prince. Photo: Pattarapong Chatpattarasill

"The event will showcase the ingenuity, love and unity among the Thai people. So, please join us for the event," Gen Prayut said in his regular televised address on Friday night.

The event, which is expected to draw hundreds of thousands of cyclists across the country, will allow Thai people to express their love and devotion to Her Majesty the Queen, the prime minister said.

The main focus will be in the capital, where from 3pm His Royal Highness Crown Prince Maha Vajiralongkorn will lead cyclists through the 43-kilometre course, which will be lined with more than 8,000 security personnel.

"This activity will be an historic event for the country, as the Ministry of the Interior in cooperation with the Guinness Book of Records will establish a record for the Thai people who take part," the premier said.
"The event will also showcase to the world how devoted Thais are to their Queen."

He conceded that motorists in Bangkok are likely to face delays, as many of the city's major thoroughfares face closure with security checks from 9am.

"I am therefore asking for your patience and understanding as well as cooperation and support for the event," the prime minister said. 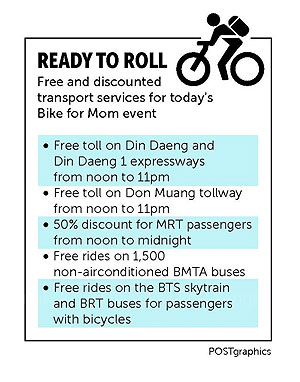