After nine days of repairs, authorities on Friday unveiled a restored centrepiece of Bangkok's Erawan shrine, with a ceremony to honour the four-faced Brahmin figure at the site of last month's deadly bombing.

The Culture Ministry's Fine Arts Department repaired 12 areas on the gleaming golden statue of the Hindu god Brahma that were damaged by the Aug 17 attack, notably on its four-headed face where a chin was blasted out, and its right arm. 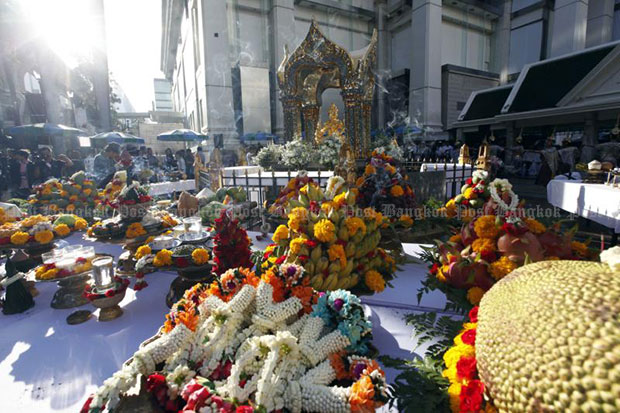 Flowers and offerings are placed before the four-face Brahmin statue at the Erawan shrine in Bangkok as part of a spiritual rite. (Photo by Apichart Jinakul)

Seven people have been arrested for allegedly operating online gambling website for people to bet on Euro 2020 football matches with over 200 million baht in monthly circulation.

KHON KAEN: Move over Paul the Octopus, Thailand has a new claimant to the football forecasting crown: Boy the “psychic” lion, who has so far correctly called four Euro 2020 matches.