We look at the northeastern province of Mukdahan, which borders Laos, in the third of our six-part series on special economic zones.

Mukdahan has small shops, agricultural processing, a Mekong bridge-gateway to Laos and Vietnam, and a desire to block plans for a Special Economic Zone. (Photo by Pattarapong Chatpattarasill)

The government is pushing forward its plan to promote Mukdahan, the northeastern Thai province bordering Laos, as a special economic zone (SEZ) with a well-managed industrial area.

Unlike other SEZs, where the government often struggles to find land to be developed as an industrial zone due to land price speculation, the government can allocate about 1,000 rai easily, according to Mukdahan governor Sakolsarit Boonpradit.

"We have no problem with getting land for the industrial zone because most of the land is owned by state agencies, so ownership could be transferred easily to be ready for further development," he says.

Nonetheless, the SEZ plan has got nowhere. No investor seems interested in the industrial zone and the people of Mukdahan say they do not need one.

"The government has never asked us whether the people of Mukdahan really want the industrial zone. And if it asked, most people would say no," says Phamorn Chaosirikul, president of Mukdahan Chamber of Commerce.

"The SEZ model cannot be applied to the whole country." 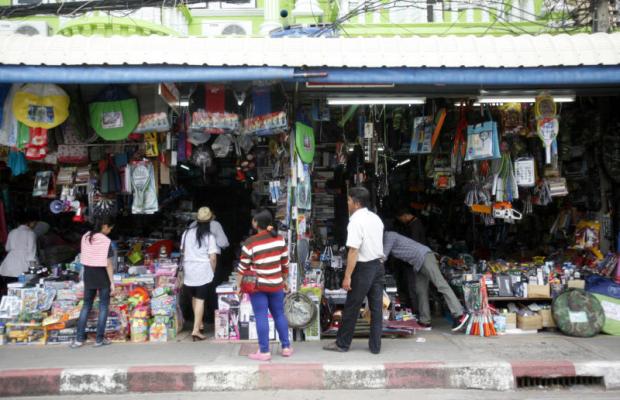 People in Mukdahan are happy with their small shops, farming and agricultural processing industry, and do not see the need for heavy industries.

After being upgraded from a district of Nakhon Phanom province to become a new administrative province in 1982, Mukdahan remains a peaceful home for around 400,000 people, mostly farmers who grow rice, rubber, tapioca and sugar cane.

As a result,  Mukdahan generates revenue largely from agriculture, agricultural processing and retailing.

"Since Mukdahan is an agricultural area, it is suitable for small and medium-sized operators in the agricultural processing industry, not the heavy industries that the government is trying to promote," says Mr Phamorn.

He says food and processing factories already in Mukdahan are sufficient for both demand and supply as they produce from local output.

"Mukdahan is not suitable for high-tech industry as the province still lacks skilled labour. The relocation of Samsung's production base away from Nakhon Ratchasima to Vietnam is a classic case. It shows that Thailand can no longer capitalise on cheap labour," says Mr Phamorn.

Moreover, there has been no progress at all on the master plan of what the government's ideal industrial zone would look like -- and that has deterred investors.

"That would be one of several reasons why investors ignore the industrial zone. They are waiting to see a clear blueprint before taking any decision," admits Mr Sakolsarit. 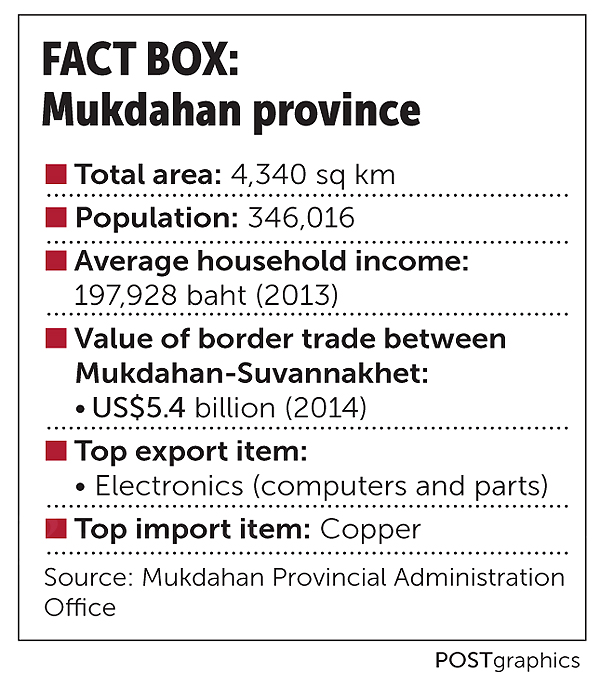 Mukdahan's planned industrial zone seems unattractive partly because the Savan-Seno SEZ is located in neighbouring Laos on the opposite side of the Mekong River.

Developed since 2003, Savan-Seno is a well-managed area of nearly 6,000 rai that is separated into a heavy industrial zone, export zone, logistics zone and tax-free zone, according to data from the Thai consulate in Savannakhet.

The Laotian government has offered investors many privileges. They include companies from China, Malaysia, Japan, Australia, the Netherlands and Thailand.

"At this stage, we cannot compete with the Savan-Seno SEZ, which offers greater privileges including special treatment to access the European market," says Mr Phamorn, referring to a zero tariff the EU grants Laos as an export-supporting policy for less developed countries. 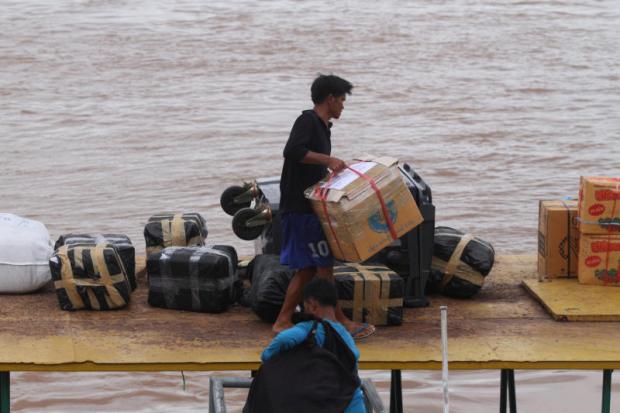 Border trade between Thailand and Laos is a core activity that drives the economy of tranquil Mukdahan province, home to only 400,000 people.

Savan-Seno grants tax-free privileges to foreign investors for up to 15 years, while Thai SEZs give only eight years.

Land leasing rates for Thai SEZs are still unclear but are expected to be from 20,000 to 24,000 baht per rai. Savan-Seno charges only 300 baht per rai.

"Those companies that invest in Savan-Seno have production costs of around 10% less than those who invest in Thailand," says Tanachot Chotbunyasak, vice-president of Mukdahan Chamber of Commerce.

PUTTING ON A SHOW

Business leaders want Mukdahan to be a showroom for the Asean region.

With recent regional development of land transport including the second Thai-Lao Friendship Bridge and the East-West Economic Corridor (EWEC), Mukdahan has become a gateway from Thailand to Laos and Vietnam but also to more than 30 countries in the region.

"We want to be a showroom to sell our goods and services to the borderless world," says Mr Tanachot.

"We just need a certain space with tax-free privileges in order to make Mukdahan a perfect distribution centre for the region." 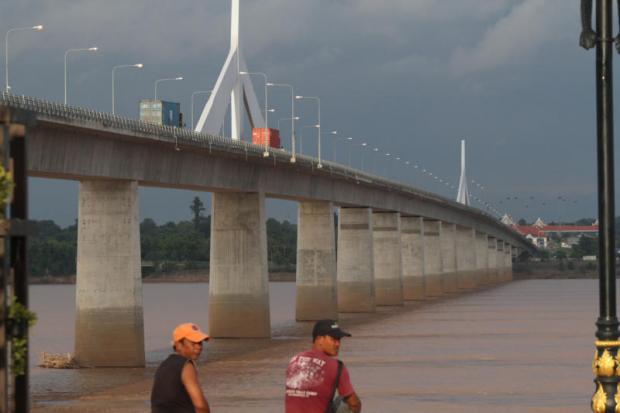 The 2nd Thai-Lao Friendship Bridge, which opened in 2007, and the EWEC have made Mukdahan a gateway to Laos and Vietnam.

He says the bridge will help transport Thai goods to southern China through the R9 highway that has already been completed.

The 1,450-kilometre EWEC route, which starts from Myanmar's Mawlamyaing state and runs to Vietnam's coastal city of Da Nang, will help transport goods and services from India to the South China Sea.

To become a regional showroom, Mukdahan needs improvements to land transport infrastructure and more investment in warehouses and logistics.

"It is the time to tap into benefits from the EWEC and Asean Economic Community integration," says Mr Tanachot.

Mr Phamorn says Mukdahan needs better transport routes to facilitate regional trade. "What we need is trade infrastructure including an airport and a railway junction to link to the railway route to China."

Mr Phamorn expects the EWEC and the Chinese rail route will help increase exports via Mukdahan by at least 20% a year from the current 100 billion baht.