Black smoke soars into the air from the burning garbage dump in Prachin Buri’s Kabin Buri district on Tuesday. (Photos by Manit Sanubboon)

PRACHIN BURI - Fire at a garbage dump sent black smoke billowing over Kabin Buri district on Tuesday, with fire fighters struggling through the afternoon to extinguish it.

The fire was noticed burning in the middle section of the 12-rai open landfill in tambon Kabin about 9am, shortly after some children who had been playing there had left, the dump caretaker, Kanokporn Chalermkrai, 51, said.

The blaze spread quickly through the piles of flammable waste, which included synthetic fibre mattresses, clothes, sofas and plastic waiting to be transported to a recycling facility in Si Maha Phot district.

The thick black smoke could be seen from 10 kilometres away. Seven fire trucks and a backhoe, with crews, were sent to battle the flames. They were able to contain the worst of it by late morning, but were still struggling to quench some hot spots late in the afternoon.

Mrs Kanokporn said she and residents living near the rubbish tip could smell the foul odour of burning synthetic fibres. Health officials from Kabin Buri hospital were sent to test the air quality in the area.

The landfill is managed by Center World Co. 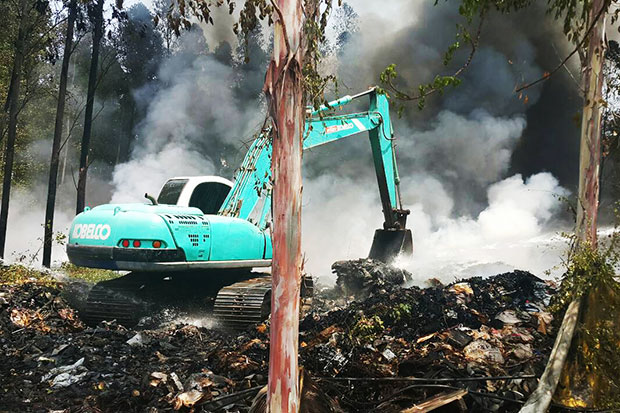 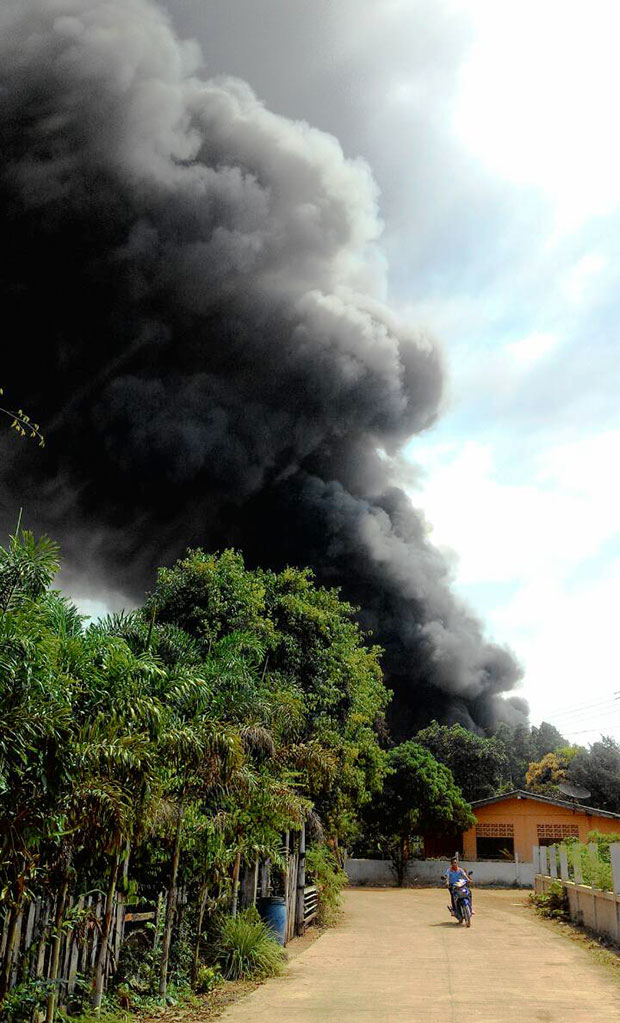