Amid efforts to mend a rift with Cambodia over disputed land around Preah Vihear temple, the Thai military has built a miniature version of the Hindu site on Pha Mor E-Daeng cliff.

As Cambodia has not reopened access to Preah Vihear temple from the Thai side of the border, the Thai military hopes the smaller version will attract tourists to Pha Mor E-Daeng, located on top of Khao Phra Viharn National Park in Si Sa Ket province. From the cliff, visitors can clearly see the 11th-century temple.

The Preah Vihear replica aims to send the message to Cambodia that Thailand is now ready to jointly develop the disputed area to benefit both nations' economies and tourism as ruled by the International Court of Justice (ICJ), said Col Thanasak Mitraphanont, a former chief of the 23rd Ranger Regiment who is now a member of National Reform Steering Assembly.

Despite Thai-Cambodian border skirmishes in the past, Thailand is now ready to implement the ICJ's ruling for both nations to develop the disputed land, he said. 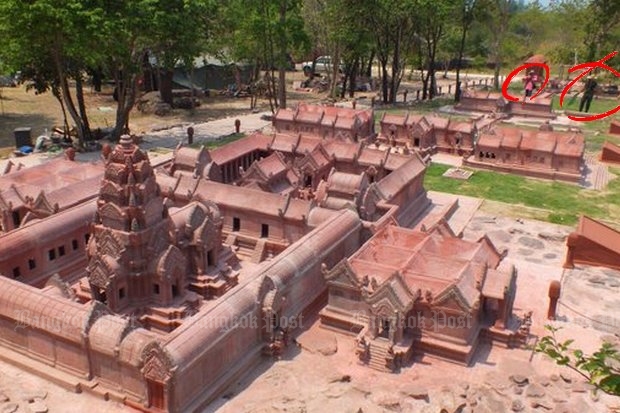 The groundskeepers (circled) provide a sense of the size of the Preah Vihear scale-model temple. The military says they built it to pressure Phnom Penh to allow Thailand to have joint control over access. (Photo by Wassana Nanuam)

The Thai military hopes Cambodia will agree to reopen the temple's entrance from the Thai side, the most convenient route to get into the historic temple.

The replica of the temple was modelled on the original building before it succumbed to partial ruin.

After five months of construction, the replica temple is now ready for visitors. Built in a 1 to 10 scale of the original temple, and on a 600 by 600 metre plot, it's the work of military craftsmen from the 23rd Ranger Regiment and the Suranari Task Force.

Col Thanasak put up 5 million baht of his own money for the work.

"I regard my pay from the government as state money, so I returned my salary in the form of funding for the temple's construction and for the sake of tourism and historical studies," he said.

"The creation of the miniature temple should not be seen as an attempt to compete with the real temple because the original version is incomparable," he added.

"We are adding to a bit of history as the miniature is a faithful replica of the temple." 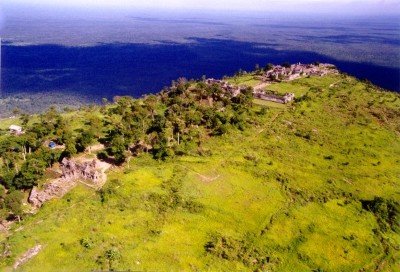 According to the Thai military, visitors to the miniature Preah Vihear temple in Thailand will have a view of the real temple. (Creative Commons licence via Wikipedia) 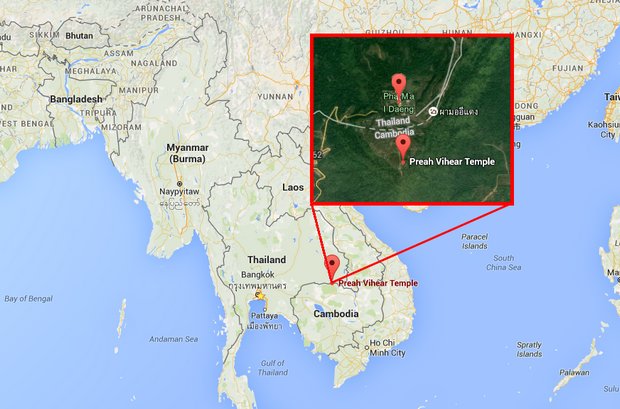