The government has been urged to bolster its fight against corruption amid the many scandals that have erupted involving state officials.

Critics have questioned why so much corruption and irregularities within government agencies have been detected nationwide despite the fact that the National Council for Peace and Order (NCPO) announced after it seized power that it regarded graft eradication as its top priority. 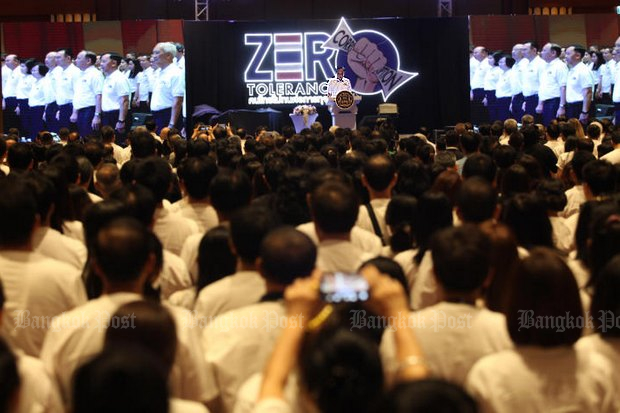 The 'zero-tolerance' pledge by Prime Minister Prayut Chan-o-cha (centre) at mass meetings vowing to stamp out corruption, like this one last December, is beginning to fray under public criticism. (File photo by Thiti Wannamontha)