Prime Minister Prayut Chan-o-cha smiles during a briefing after the first cabinet meeting of his government on Tuesday. (Photo by Wichan Charoenkiatpakul)

Prime Minister Prayut Chan-o-cha has delegated supervisory duties to his five deputies at the first cabinet meeting of his government.

Narumon Pinyosinwat, fifth on the Palang Pracharath’s party list, was officially appointed government spokeswoman at the meeting on Tuesday. (continued below) 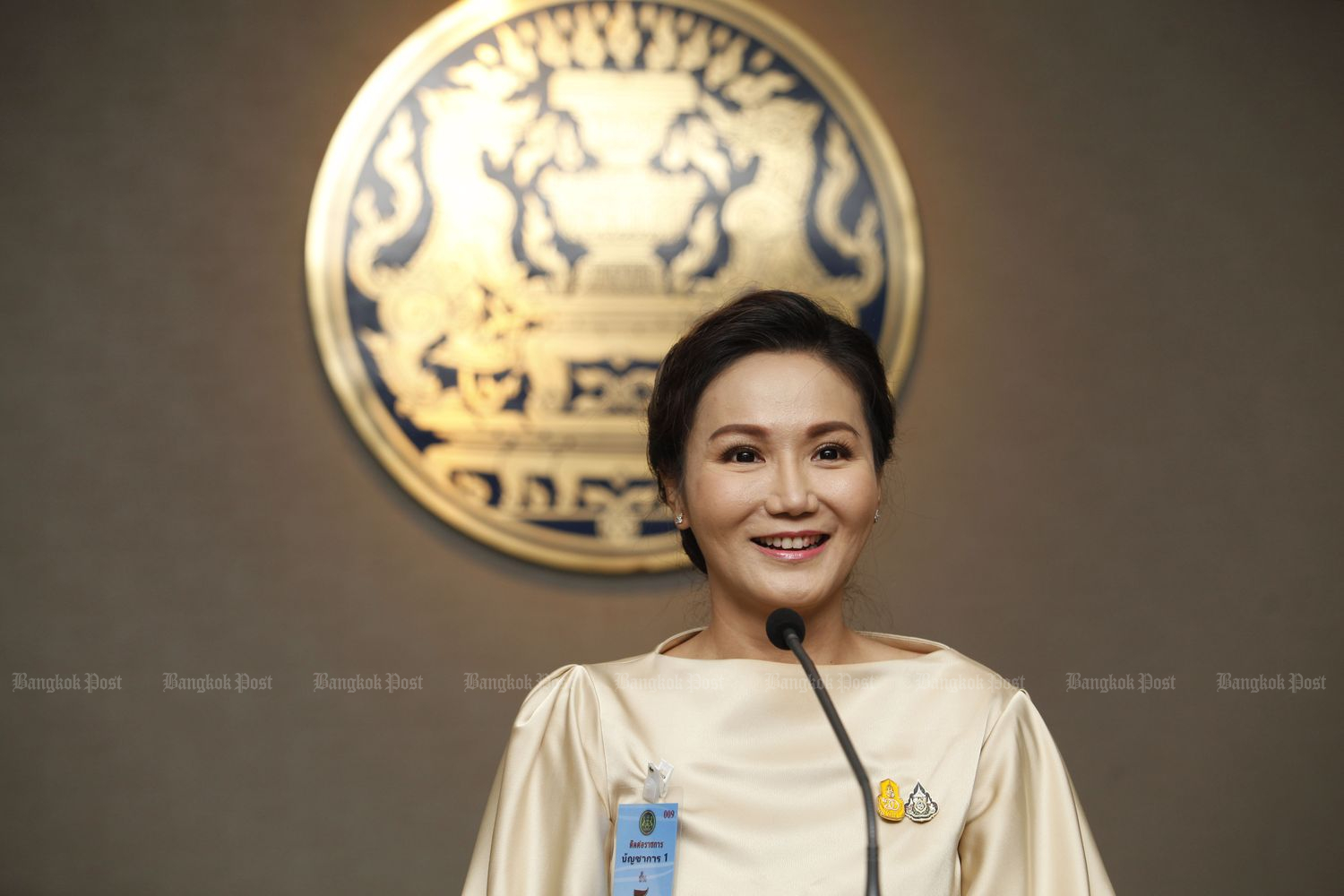 Narumon Pinyosinwat of Palang Pracharath debuts as government spokeswoman after the cabinet meeting at Government House on Tuesday. (Photo by Wichan Charoenkiatpakul)

Gen Prayut also ordered the setup of the Prime Minister Delivery Unit to manage the execution of his policies.

Gen Prawit was authorised to countersign orders involving royal appointments, as well as appointments of the Supreme Court’s president, heads of agencies at the ministerial level and ambassadors. He will also look after the Southern Border Provinces Administrative Centre.

Gen Prayut earlier said he would look after the police himself to relieve Gen Prawit's duties.

Deputy PM Somkid Jatusripitak will take care of four ministries — finance, foreign, higher education and energy. He will also be in charge of the offices of the National Economic and Social Development Board and Board of Investment, as well as state-owned media firm MCOT Plc, the Office of Small and Medium Enterprises Promotion and the Office of Knowledge Management and Development.

Deputy Prime Minister Wissanu Krea-ngam will supervise the Justice Ministry, with the exception of the Department of Special Investigation, which will be supervised by the prime minister himself, as well as the education and culture ministries.

Deputy Prime Minister Jurin Laksanavisit, leader of the Democrat Party, will take care of the ministries of social development and human security, agriculture and commerce — the three portfolios his party are already in charge of.

Likewise, Deputy Prime Minister Anutin Charnveerakul, leader of the Bhumjaithai Party, will supervise the three ministries headed by him and his MPs — public health, tourism and transport.

For the Public Health Ministry, Rewadee Rassameetat was named adviser to Mr Anutin, who is the public health minister, while Watcharapong Kovichitsuwan became Mr Anutin’s secretary.