Fifty MPs gather at an event to announce their entry into the Move Forward Party at the Thon Buri coordination centre on Saturday. (Photo by Arnun Chonmahatrakool)

Fifty former Future Forward MPs have applied to join the Move Forward Party and elected Pita Limjaroenrat as the leader of the opposition party.

At their first meeting at the Thon Buri coordination centre formerly used by the now-dissolved FFP, the Move Forward members chose the party’s 10 executives.

Chaithawat Tulathon, a former FFP deputy secretary-general, was voted secretary-general. Wiroj Lakkhanaadisorn, who exposed the army’s online “information operation” against critics of the government during the recent no-confidence debate, was elected party spokesman.

The new logo, featuring two arrows pointing to the future, and its orange colour, representing sunrise, was approved.

“Move Forward is the new chapter of Future Forward,” Mr Pita told supporters as he discussed the party’s plans. “It will uphold its intentions, ideology and spirit and will be the hope of desperate people in this country.

“We will bring the country back to democracy, end dictatorship and establish the rule of law under which everyone is equal.”

He pledged to continue with FFP policies that focus on tackling structural problems.

“We’ll continue to push existing bills — those aimed at abolishing all NCPO orders and ending the military draft which will pave the way for military reform, as well as the new labour protection and liquor bills to end the industry’s monopoly.”

Above all, he said, the party will push constitutional amendments to give people real power so that elected bodies can speak for them. “We will push for the end of appointed senators and the 20-year national strategy, as well as making sure independent organisations are linked to the people.”

The number was of MPs who applied on Saturday was lower than projected. Earlier, Mr Pita had said 55 would apply.

Of the missing five, one has already joined a party in the governing coalition. The Election Commission said on Friday that list MP Julapan Nonsrichai had applied to join the Chartthaipattana Party. (continued below) 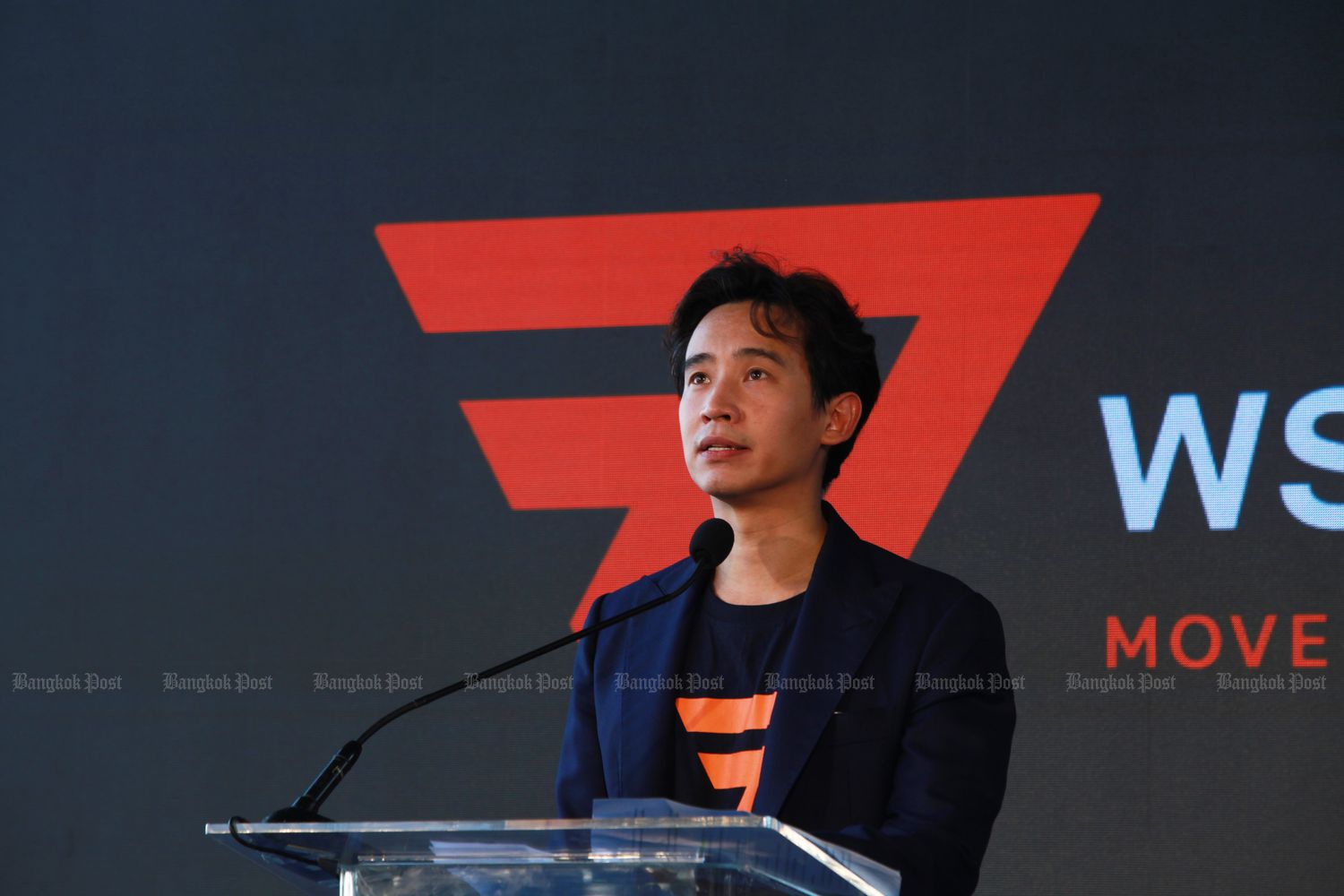 Another list MP, Win Suteerachai, failed to show up on Saturday and has yet to inform anyone of his plans. The other three confirmed their intention to join the party but could not do so on Saturday.

Nattapong Ruangpanyawut, who represents Bang Khae constituency in Bangkok, said he was in self-quarantine after returning from Manila. He posted on social media that he would definitely join the new home.

List MP Kanjanapong Jongsutthamanee was sick and tweeted that he would apply as soon as possible. List MP Ongkarn Chaiyabut was on crutches and receiving physical therapy.

Under the electoral law, they have until April 21 — 60 days from the court-ordered dissolution of FFP — to join a new party.

Four defected to coalition parties after they voted against the party’s stand on an executive decree transferring two military units to the Royal Services. They were expelled from the party later, enabling them to join Bhumjaithai (1), Palang Thongtin Thai (2), Palang Pracharath (1), leaving it with 77.

The party subsequently lost a seat when its Nakhon Pathom MP resigned due to health reasons and Palang Pracharath won the October 2019 by-election, leaving it with 76.

After the Constitutional Court on Feb 21 disbanded Future Forward and disqualified its 11 executives over loans extended by former leader Thanathorn Juangroongruangkit, the party was left with 65 MPs, who were left to find another party to join within 60 days.

Mr Pita, 39, holds a bachelor’s degree in business administration from Thammasat University. He holds a joint degree from Harvard University (Master of Public Policy) and MIT (Master of Business Administration), according to the Parliament database.

After his father died, he took over the family’s heavily indebted business and turned it around in three years. He was also a former executive director of Grab.

TOKYO: Japanese Prime Minister Fumio Kishida and his Thai counterpart Prayut Chan-o-cha began talks on Thursday in Tokyo in which they are expected to agree on enhancing regional ties through a US-led Indo-Pacific economic framework launched earlier in the week.

The Bank of Thailand (BoT) is worried about high household debt levels, an official said on Thursday, as the debt ratio hit 90.1% of gross domestic product at the end of 2021 amid a slow economic recovery.

SURAT THANI: Two tourists have been rescued after losing their way during a jungle trip in Khao Sok National Park in Phanom district on Wednesday.