Dr Cholnan, also a Nan MP, said on Wednesday that opposition leader Sompong Amornwiwat has assigned him to draft a motion seeking the session.

Under Section 123 of the charter, at least one-third of both Houses, or 247 parliamentarians, must support the motion for the debate to be held.

He said Mr Sompong has invited executives of other opposition parties to a meeting today to discuss the motion.

Dr Cholnan said if the motion goes through, the opposition will centre its debate on the aid money to be granted from invoking three executive decrees related to the financing of Covid-19 relief programmes.

One of the decrees governs the borrowing of one trillion baht.

He said the decrees require the advice of parliament as the planned spending on the aid, one of the biggest in the country's history, "was a cause for concern".

Dr Cholnan said only a handful of experts were appointed to lay out the spending plans.

At the same time, he added, the government has failed to explain how much of the national budget was being trimmed to find money to help finance the relief measures. 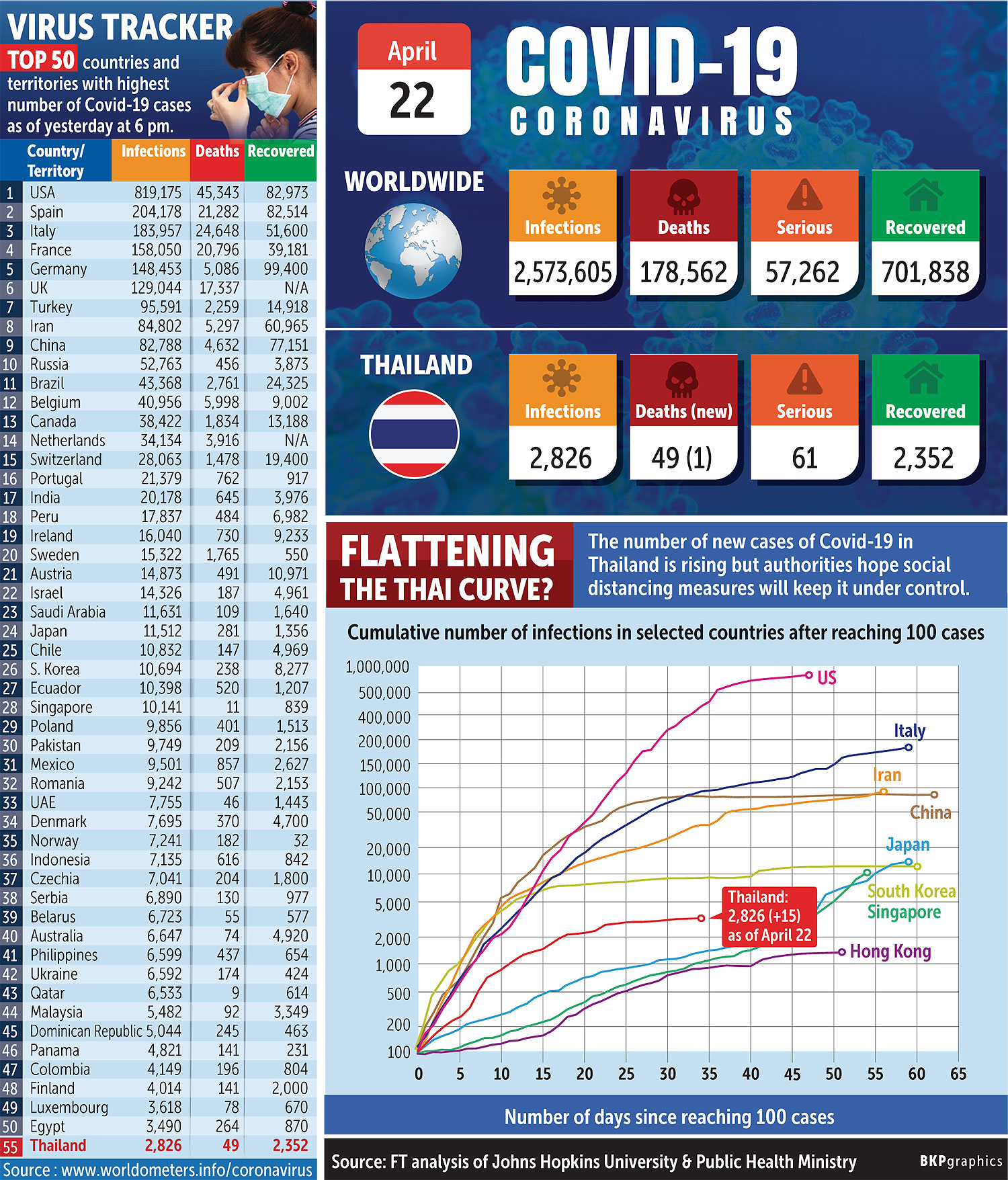 The trimmed amounts come under a separate budget reallocation bill.

He said if the extraordinary House session could be held early next month, the money obtained from the budget cuts could be diverted to help those in need quickly.

House Speaker Chuan Leekpai said on Wednesday he had no authority to arrange the extraordinary House session on his own, as some politicians have suggested.

Earlier, the government asked various ministries as well as the armed forces to cut their budgets by 10% to create a central pool for use to battle the virus outbreak.

The navy has revealed its budget cut was around 4.1 billion baht, or 33% of the annual fund allocated by the government, after it shelved the planned purchases of two submarines.

The Finance Ministry has paid 5,000 baht in monthly assistance to 4 million recipients of 27 million registrants.

The government expects to screen all applications by April 23.

Meanwhile, government spokeswoman Narumon Pinyosinwat on Wednesday denied the opposition's claim the government was too slow in tackling the Covid-19 crisis.

She said authorities had to be cautious in launching containment measures. If the measures were too rigid, it would put many in distress, she said.