The government is bracing for a tough road ahead as political tension builds post-Covid-19 although it looks likely to survive the onslaught to complete its term in office, according to academics. The prediction comes as Friday marks the 6th anniversary of the May 22, 2014 coup.

The Covid-19 pandemic has disrupted activities including a political campaign challenging the Prayut Chan-o-Cha government. But the country is likely to return to normalcy and political tensions all at once now that fears of the virus are subsiding.

Stithorn Thananithichote, director of the Research and Development Office at King Prajadhipok's Institute, predicted the Progressive Movement led by Thanathorn Juangroongruangkit will move into top gear after the upcoming debate on the three executive decrees authorising borrowing loan to kickstart the economy following the Covid-19 lockdown.

With parliament resuming its business, politicians are likely to put a renewed focus on the decrees involving the planned spending of 1.97 trillion baht to finance Covid-19 relief programmes. 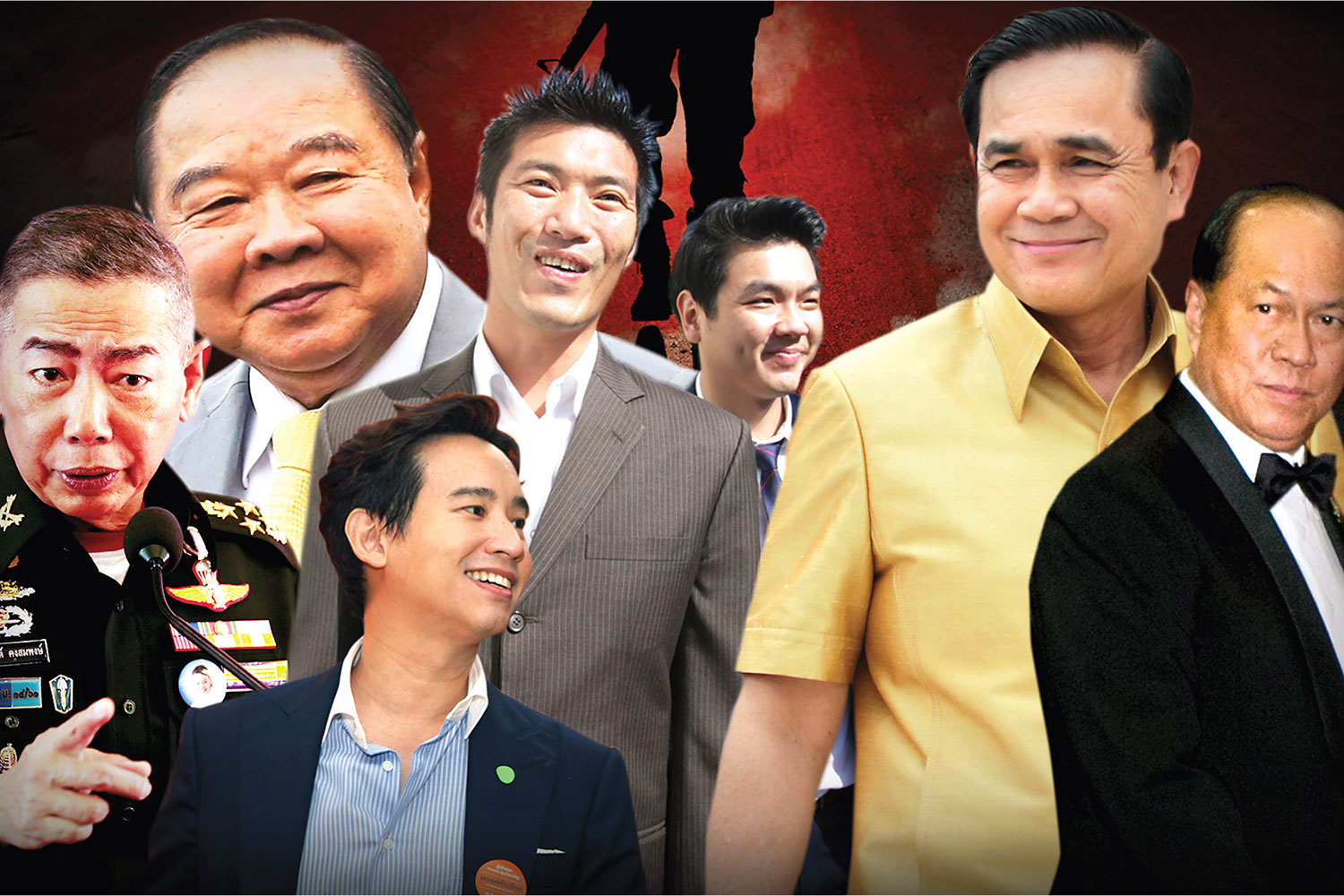 The decrees are now seen as instrumental to the political stability of the government which came to power after the general election in March last year. However, to its critics, the current administration is nothing but a new face on the old National Council for Peace and Order (NCPO) which staged a coup on this day in 2014.

The other decrees empower the Bank of Thailand to provide soft loans to help small- and medium-sized enterprises and buy corporate bonds through a Corporate Bond Stabilisation Fund.

The opposition Pheu Thai and Kao Klai parties are sharpening their knives for the three-day debate on May 27-29 to consider the loan decrees.

However, Mr Stithorn argues that even if the decrees are rejected by the House, the coalition government has other mechanisms to channel funds to the economy.

"If any of the decrees are shot down, it will not affect the Covid-19 relief progammes. The government can dust off its schemes to stimulate the grassroots economy. While the government is vulnerable to the opposition's attacks, those attacks are unlikely to inflict serious wounds," he said.

He said the Progressive Movement, the reincarnation of the now-defunct Future Forward Party (FFP), positioned itself as an agent of political change and succeeded in bringing young voters on board. The campus rallies held before the virus broke out, dubbed as student flash mobs, may also grow in intensity as student critics have been galvanised by the FFP's dissolution.

However, he said the government's grip will remain undiminished as long as the enforcement of restrictions including a ban on public gatherings under the emergency decree makes public health sense.

Wanwichit Boonprong, lecturer of the political science faculty, Rangsit University, said the coalition government may well complete its first term with an election in three years as scheduled.

He said the NCPO has learned from past mistakes by its predecessors and laid down the foundations in which state agencies are dependent on support from the armed forces.

"In the case of the 1991 coup, the coupmakers were driven out of politics not long after usurping power and politicians tried to interfere in the military through meddling with its reshuffle. In the 2006 coup, the coup leaders couldn't keep control of their political rivals.

"So, the NCPO has learned a thing or two," he said.

He said the NCPO managed to stay in power for five years before the polls last year. The cabinet it set up after the coup was a mix of military officers and civilians. It set about consolidating power through political networks.

"They have the Senate and the armed forces behind them. Security and intelligence is streamlined and so the government should be able to stay on and complete its term in three years, unless there is a political accident," he said.

Democrat Party MP for Trang Sathit Wongnongtoey said Gen Prayut's seizure of power six years ago averted political violence but the rise of the FFP is shaping the debate around political change.

"The FFP was responsive to the younger generation of voters. Before Covid-19, we saw a rise of student activism and hopes for democracy."

He said the Covid-19 pandemic has spared the government political confrontations and possible unrest. Political tensions were gathering steam when the outbreak hit the country and restrictive measures were ordered to prevent the spread of the virus.

The MP called on Gen Prayut to make changes to suit the new challenges posed by Covid-19 when parliament convenes. That includes revising funds to prepare for the "new normal" brought on by the pandemic.

"It remains to seen how the government can handle it after the Covid-19 crisis passes," he said.

Meanwhile, Phumtham Wecha­yachai, adviser to the opposition leader, said Gen Prayut has failed to deliver on promises made when he seized power. The general election did not bring about a functional, elected government.

"I think he has failed in all aspects. On the political front, the rules don't promote development of parties and democracy. Political parties are dominated by the Senate [appointed by the NCPO] who vote in line with the government," he said.

Mr Phumtham said the government will face serious challenges in the post-pandemic economic downturn. It has failed to address economic hardship.

"The government is lucky with Covid-19; the virus is its saving grace, as it has kept dissenters off the streets. The government would have been ousted had it not been for the virus outbreak," he said.