Gen Prawit Wongsuwon, who did not attend the PPRP meeting at Impact Muang Thong Thani, thanks his supporters onscreen after they elected him as leader on Saturday. (Photo by Wichan Charoenkiatpakul)

Gen Prawit is one of the “3Ps”, the three former army chiefs who have occupied the top seats of power ever since the military coup of May 2014: Gen Prayut Chan-o-cha as prime minister, Gen Prawit as deputy PM, and Gen Anupong Paojinda, whose nickname is “Pok”, as interior minister, overseeing the machinery of local administration nationwide.

Gen Prayut, while nominated to the prime minister’s post by the PPRP, has always denied any link with the party. He has also attempted to downplay any talk of a cabinet reshuffle, for which supporters of Gen Prawit have been agitating. They orchestrated a mass resignation of party executives last month to set the stage for changes in the main party in the governing coalition.

The vote for the new leader took place on Saturday as a formality at the party’s general meeting at Impact Muang Thong Thani in Pathum Thani. Earlier, leaders of all key factions in the party had invited Gen Prawit, the deputy prime minister in charge of security affairs, to take the helm, eliminating any doubt there would be a challenger for the position.

Gen Prawit replaced Uttama Savanayana, who chaired the meeting on Saturday. Mr Uttama, currently the finance minister, is part of the economic team led by Deputy Prime Minister Somkid Jatusripitak, who is not a member of the PPRP. Mr Somkid’s role in the government is expected to be less significant from now on.

Besides Gen Prawit, the meeting voted to choose a new management team including a secretary-general, executives, registrar and treasurer.

Members also approved a new logo for the third time. It shows the party name completely inside a circle instead of extending beyond it, reportedly to reflect unity and conformity.

Paiboon Nititawan, the acting PPRP deputy leader, said before the vote that it was party members who had asked Gen Prawit to be their new leader.

“To allow members to cast their votes freely, Gen Prawit did not attend the meeting today,” said Mr Paiboon, the former leader of the one-MP People Reform Party who later disbanded his party in August to join the PPRP.

The meeting began with a vote to change party regulations involving the election of the leader and executives. The new rule allows 11 to 29 executives and the meeting decided to choose 27 on Saturday. The party leader is also empowered to appoint and remove up to nine party deputies.

Members also approved the relocation of the party’s headquarters from the Pansri Building in the Prachachuen area to the Ratchada One Building opposite the Criminal Court in Bangkok.

The meeting then proceeded to choose the new team of 27 executives based on the new rules.

Only Gen Prawit was nominated as leader and he was unanimously elected in a secret ballot. The appointment took effect immediately.

Anucha Nakasai, a key member of the Sam Mitr faction, was elected secretary-general; Narumon Pinyosinwat, the government spokeswoman, is the treasurer; and Suebsing Warintharak is the registrar.

The remaining 23 executives, who were all existing executives, were returned to their posts. Gen Prawit will later pick nine of them as his deputies and one as the party director.

Mr Paiboon thanked Mr Uttama after the meeting for his cooperation. He played down speculation that there was a rift in the party.

“The old management has done a good job but now is a transition time for growth, hence the change,” he said. “We aim to be the No.1 party.”

However, all of the members of Mr Somkid’s team were missing from the list of executives nominated for the vote at the meeting.

Gen Prayut has attempted to stay above the political fray and has been non-committal about making changes in the cabinet.

Political observers have speculated that changes are planned in the economic team headed by Mr Somkid. Some of Gen Prawit’s supporters, they say, are keen to have a greater say over the disbursement of some 400 billion baht in Covid-19 recovery funds.

The National Social and Economic Development Commission is currently screening thousands of proposals valued at 1.5 trillion baht from all across the country. Many involve construction, the favorite method employed by politicians all over the world to reward their supporters.

Mr Somkid, meanwhile, has made clear his distaste for talk of a cabinet reshuffle, saying there has to be a point for making changes.

“If the present team cannot get the job done, they should not stay on,” he said at an event on Wednesday. “If the new team has no ideas about how to do it, or cannot do it, then don’t come. What is the point of change?”

New secretary-general Anucha Nakasai said after the meeting that the new economic team would consist of well-known people and would be led by Mrs Narumon, a former lecturer at the National Institute of Development Administration (Nida).

He said Gen Prawit had instructed him to draft policies to revive the economy. “Our new economic team will bring the country to prosperity. I’m confident the economy will improve,” he said.

Asked whether Mr Uttama and Mr Sontirat would be part of the team, Mr Anucha declined to answer.

“If all sides share the common goal of the national interest, anything can happen. The internal rift will definitely disappear now that we have Gen Prawit, who is loving and caring, as our leader,” he said.

Mr Anucha added that he had never eyed a cabinet post. “I’m not much of a speaker. I have brains and am more of a thinker who gets things done.” 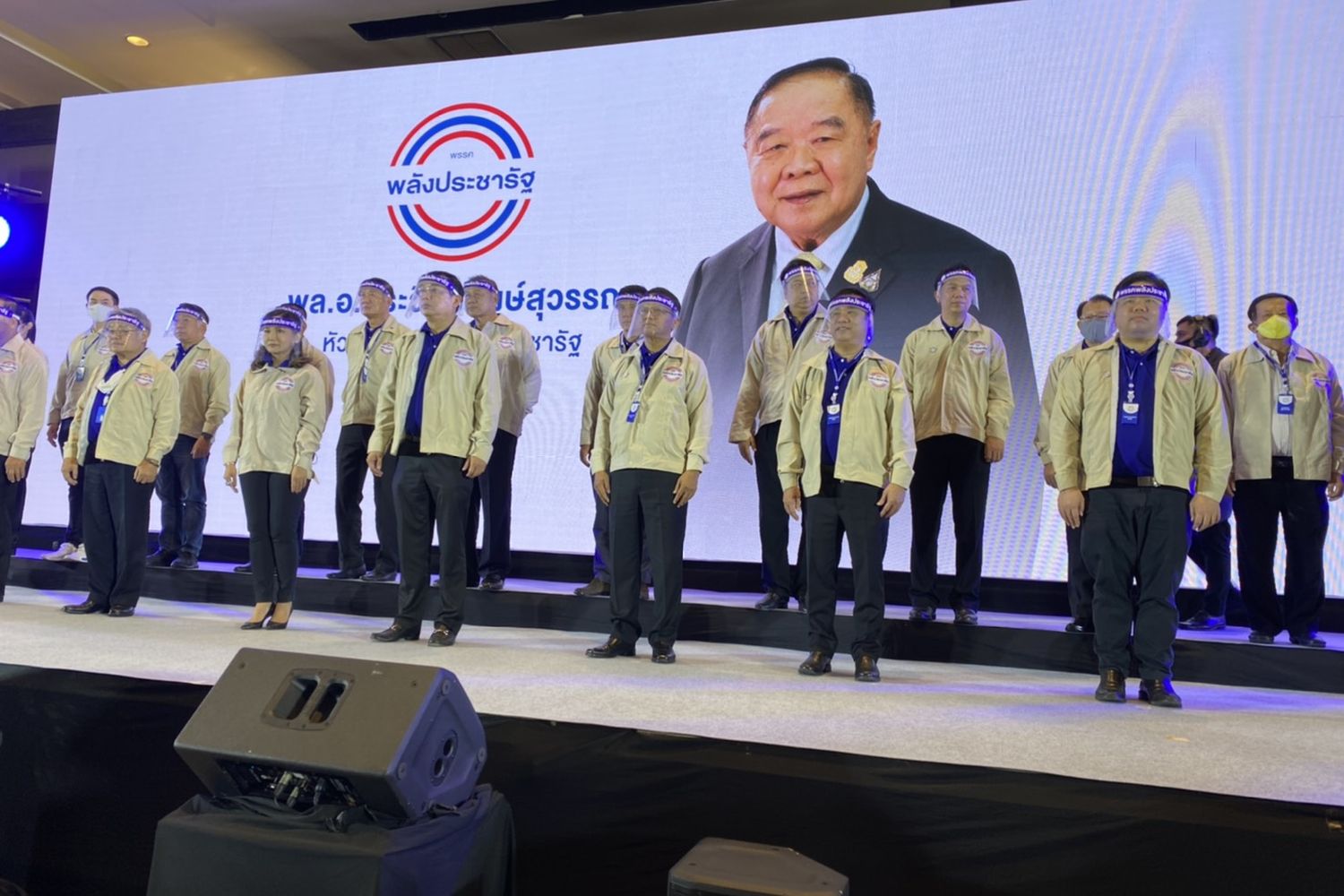 Some of the new executives of the Palang Pracharath Party pose before a screen showing their new leader at a meeting at Impact Muangthong Thani in Pathum Thani on Saturday. (Photo supplied by Aekarach Sattaburuth) 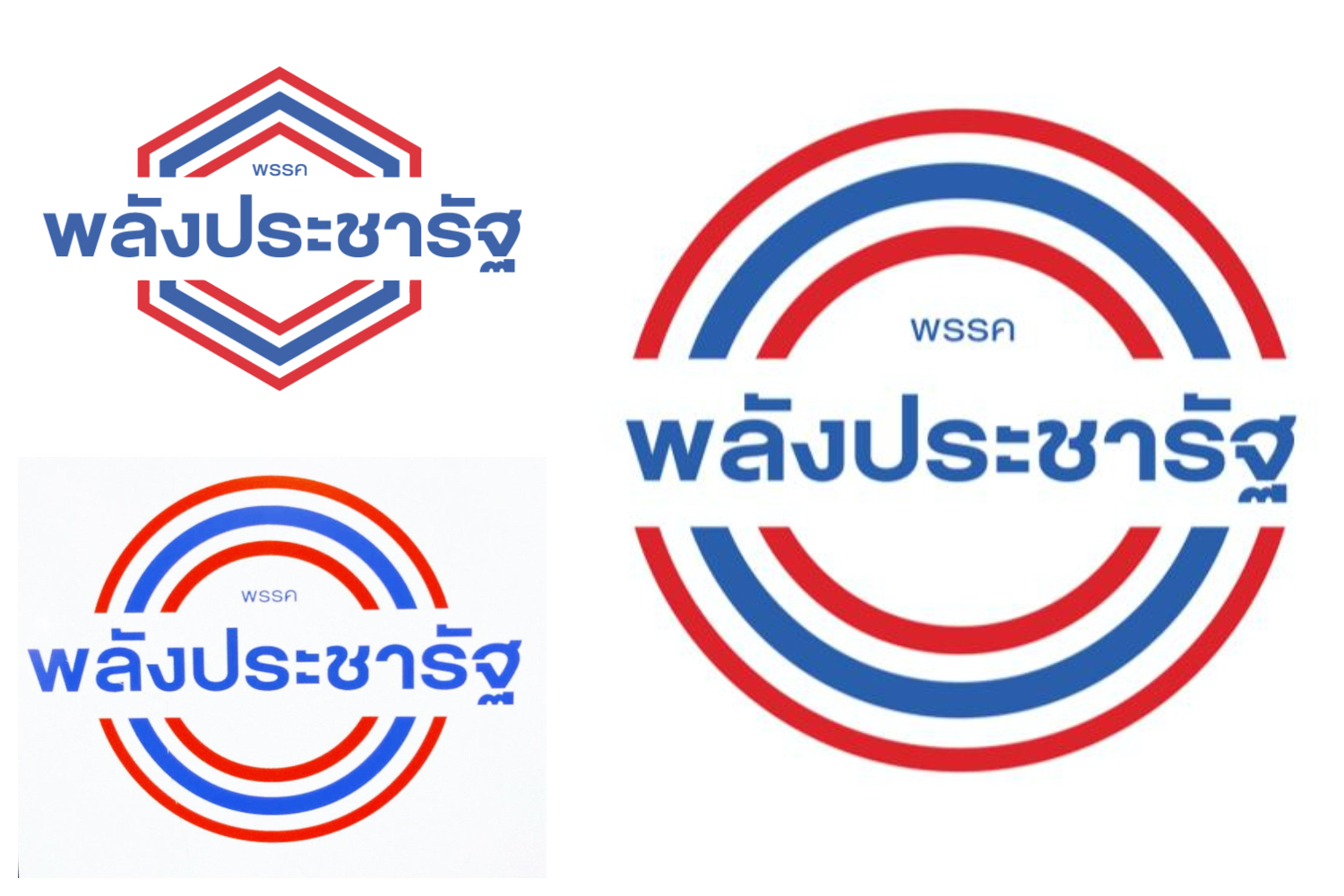 Thailand shocked the powerful Dominican Republic with an epic five-set victory to close out their first round at the FIVB Women’s World Championship on Saturday in Gdansk, Poland.