'Let them have their say'
Thailand
Politics

'Let them have their say'

Students from several schools in and outside of Bangkok give the three-fingered salute in a symbolic protest against the government. Some also tied white ribbons to their bags to show their opposition. The Education Ministry has allowed the students to express their political views on school premises. (Photos by Samut Kongwarakom, Arnun Chonmahatrakool and the internal security operations command)

Schools have been told to allow students to express their political views on campuses in what is seen as an attempt to defuse growing frustration and demands for political change.

The decision, announced by Education Minister Nataphol Teepsuwan, follows media reports about students from various schools flashing the three-finger salute during their morning assembly in front of flagpoles and using white ribbons as a symbol against dictatorship.

Initial responses from school administrators to their dissent had been mixed, with some teachers reportedly rebuking students and warning them against taking their protests onto school premises. 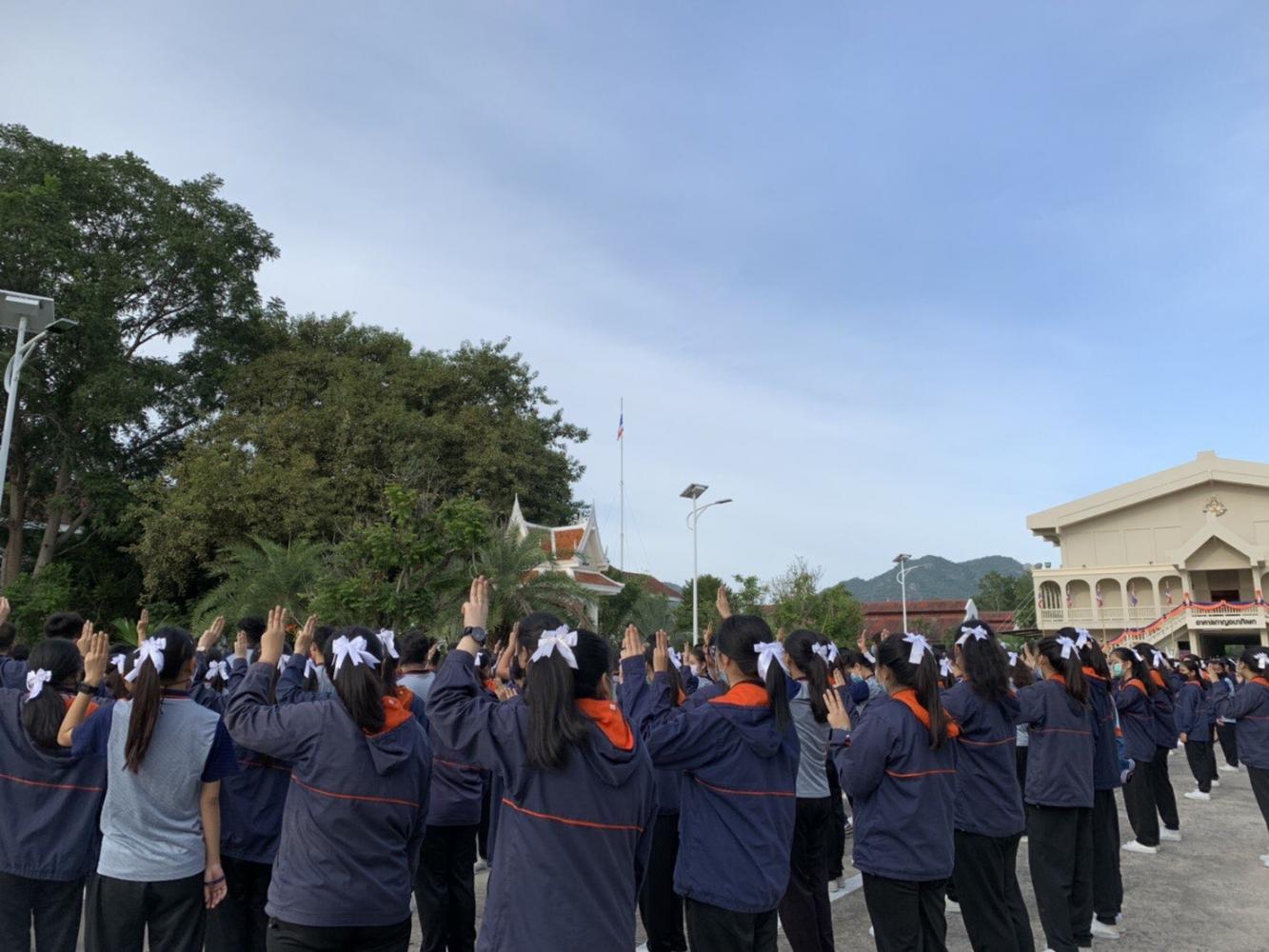 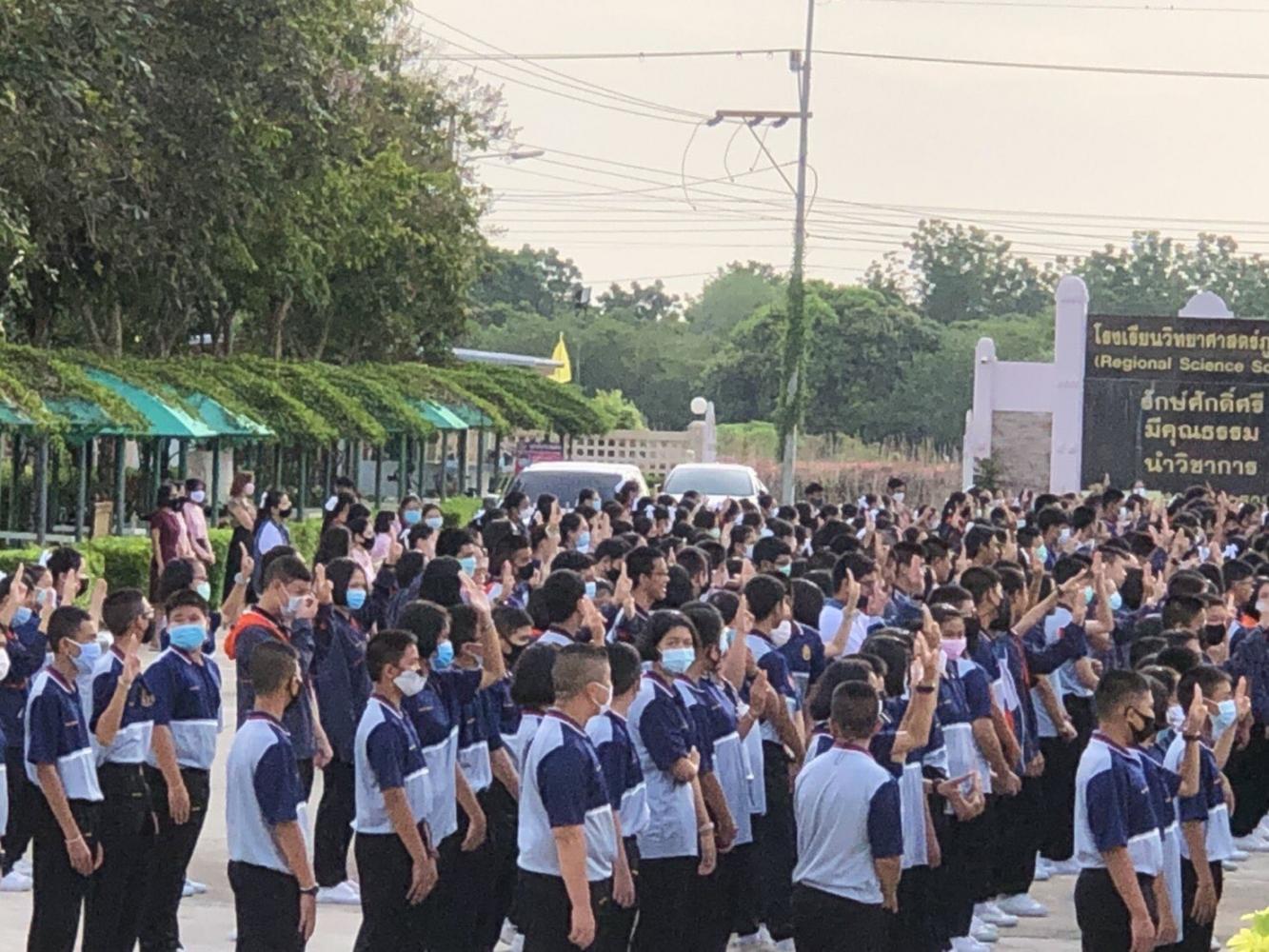 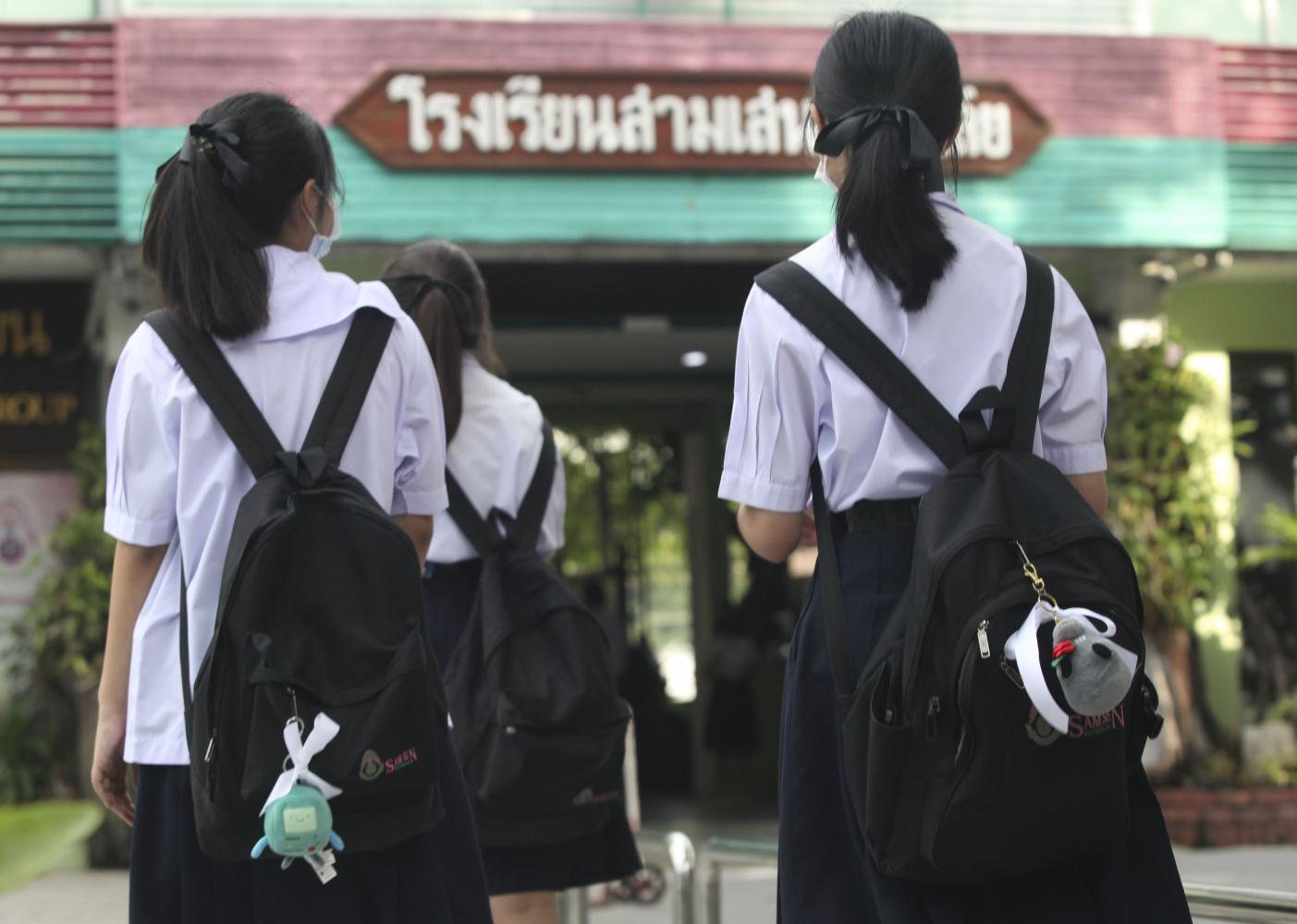 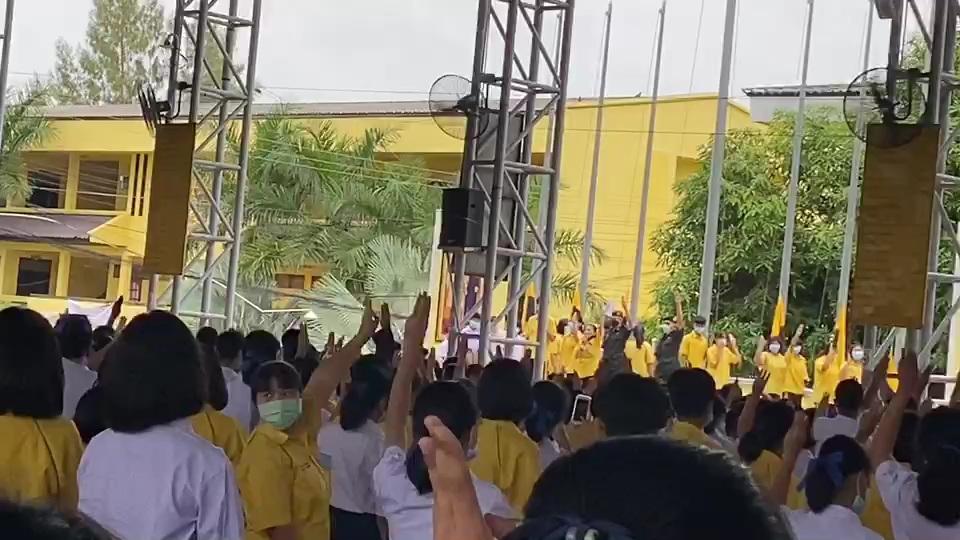 Students from several schools in and outside of Bangkok give the three-fingered salute in a symbolic protest against the government. Some also tied white ribbons to their bags to show their opposition. The Education Ministry has allowed the students to express their political views on school premises. (Photos by Samut KongwaraKom, Arnun Chonmahatrakool and the Internal Security Operations Command)

Mr Nataphol said on Tuesday that a child's rights to freedom of speech and expression should not stop at school gates and that the Office of Basic Education Commission (Obec) would therefore send a letter to schools under its jurisdiction to ensure they fully understand what these freedoms are.

He said Prime Minister Prayut Chan-o-cha had acknowledged these rights and asked the Education Ministry and the Higher Education Science Research and Innovation Ministry to work out solutions to prevent the situation from escalating and worsening the country's economic problems.

Mr Nataphol said school administrators and teachers would be encouraged to create space for students to voice their opposition and opinions on various issues. It is hoped the planned dialogue will ease their frustration and anger.

Shortly after Mr Nataphol's remark, Obec duly sent a letter to directors of education around the country asking them to let students engage in protest activities within the scope of the law.

However, outsiders would not be allowed to take part, according to the letter signed by Obec's deputy secretary-general Wattanaporn Rangabtuk.

An anti-junta rap group, Rap Against Dictatorship (RAD), on Tuesday offered on Facebook to play live at schools. The group, whose single Prathet Ku Mee (What My Country's Got) went viral in 2018, said they would keep the offensive language out of the song.

Amnat Wichayanuwat, Obec's secretary-general, said on Tuesday students had the right to express dissent as long as their activities were lawful and did not lead to divisions or violence.

Students, meanwhile, on Tuesday proceeded with the three-fingered salute signifying their resistance to the government, before dispersing and attending classes.

At Samsen Witthayalai School in Bangkok, about 50 students joined a protest -- each held a blank sheet of white paper in one hand and made a three-fingered gesture with the other.

They shouted "Down with Dictatorship" three times before tearing up the pieces of paper.

A student representative said the school administrators had not forbidden the activity, nor intimidated students. Nor would any students be shunned or mistreated if they did not join the protest. "We don't bully our friends who have differing views. It's their rights too," said the student.

In Lampang, several large schools cancelled morning assemblies in front of flagpoles and had their pupils wait outside classrooms instead to avoid one single large gathering.

At one school in Soem Ngam district, students were asked to not make the protest gesture during the playing of the national anthem. Other than that, their ability to express dissent was not prohibited.

Isoc officials in several provinces on Tuesday filed reports on the students' activities, which they said had proceeded without incident.

Pol Maj Gen Somprasong Yenthuam, deputy commissioner of the Metropolitan Police Bureau, said the protests were not illegal but it remained to be seen if they infringed fellow students' rights. He said police had merely observed what was happening following reports that officers had been sent to schools.