People show a three-fingered salute after the national anthem at Victory Monument on Tuesday. (Photo by Pattarapong Chatpattarasill)

“CIA, are you ready? Natasha, how about you? 5.50pm at all electric train stations. If the government does not accept demands, if it doesn’t release all our friends and lift the emergency decree, they’d better brace for Big Surprise!” read the post on its Facebook.

The post came with a photo of a food hawker on his motorcycle against the backdrop of the protest at the Victory Monument on Sunday.

“CIA”, a slang term used among the demonstrators, refers to food hawkers who have shown an extraordinary ability to know well in advance where the rally site is for the day. Without fail, they show up at the right places, food heated and ready, even before the demonstrators come, hence the name.

“Natasha”, short for Natasha Romanoff or the Black Widow, a fictional superhero of Marvel comic books, refers to a spy at the rally sites. (continued below) A small group of people linger after flashing a three-fingered salute at the BTS Udomsuk station on Tuesday. (Photo by Wichan Charoenkiatpakul)

Another post came later with more information. It urged the protesters to flash a three-fingered salute after the national anthem ends at 6pm while shouting the protest's slogan "Down with Feudalism, Long Live Citizens!"

It posted later the "big surprise" was "there is no surprise".

"Let's rest for the day. For a week, we fought bravely together. But the government is not aware feudalism is about to collapse. Since they ignore out calls, they'd better wait for a big announcement on Wednesday," read the post.

Those with some energy left can go to small rally sites at Central Pinklao Department Store in Bangkok, a bus terminal opposite Future Park mall in Pathum Thani, Sala Khun Pan in Kanchanaburi, Payoon roundabout in Trang and Sam Khru Ba Monument in Pamphun, according to the post. 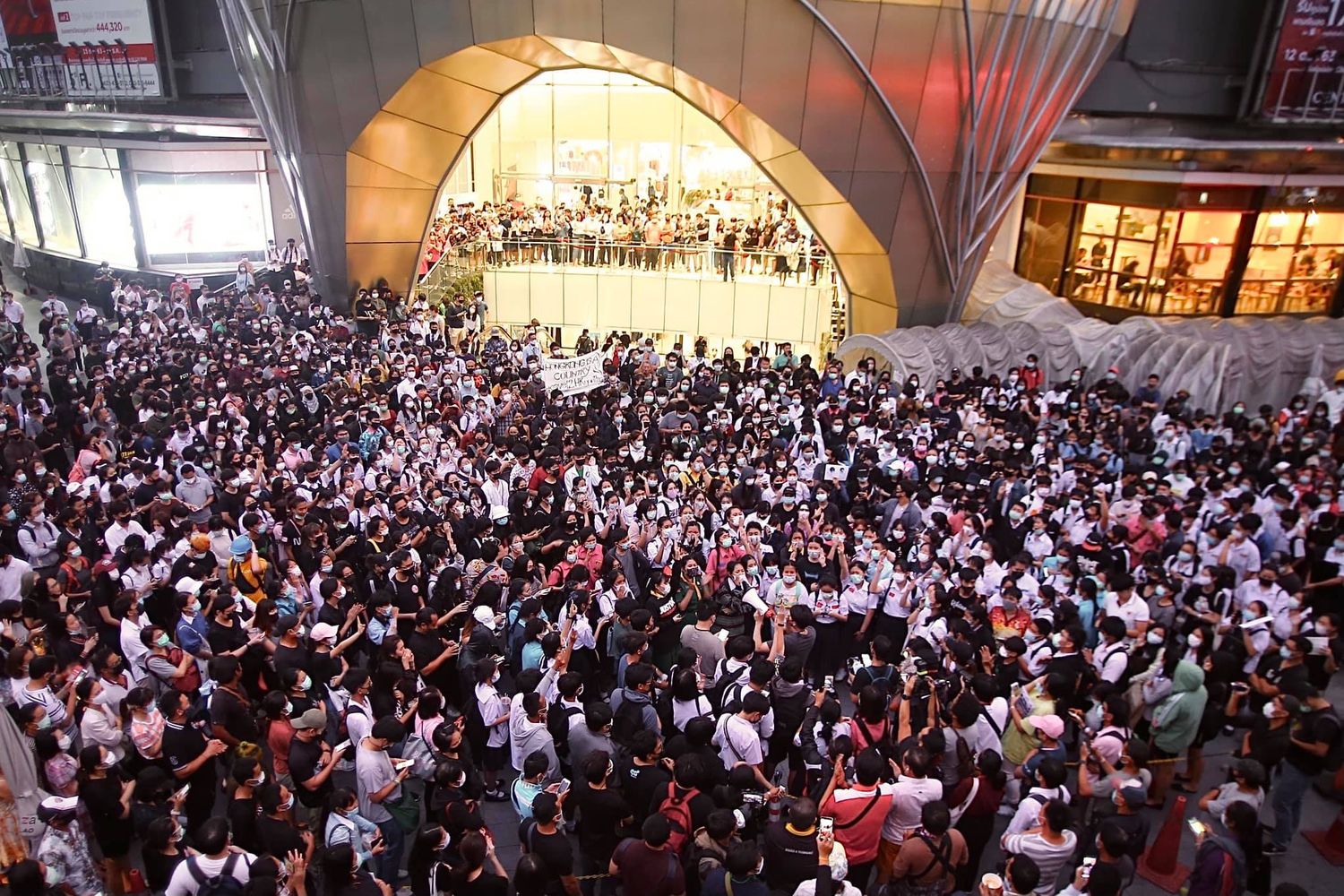 Protesters gather at Central Pinklao mall even as Free Youth announced there would be no formal gatherings on Tuesday. (Photo from Free Youth Facebook)