Govt told 'to stop the use of violence'
Thailand
Politics

Govt told 'to stop the use of violence'

Protesters flash a three-finger salute at a gathering near Victory Monument. (Photo by Pattarapong Chatpattarasill)

About 50 lecturers and students from the Thai Academic Network for Civil Rights (TANC) on Tuesday submitted a petition, signed by 1,118 lecturers from various universities, to Prime Minister Prayut Chan-o-cha calling on the government to stop using violence against protesters.

They gave the government one week to act on this and other demands.

Led by Anusorn Unno, former rector of the faculty of sociology and anthropology at Thammasat University, they gathered at the university's Tha Phrachan campus before walking to Government House, where they stopped at the Chamai Maruchet Bridge and Mr Anusorn read out the petition.

It condemned the use of violence to disperse demonstrators of the People's Group at the Pathumwan intersection on Oct 16, saying it was not in line with international standards and the government must be held responsible for the mistake it made. 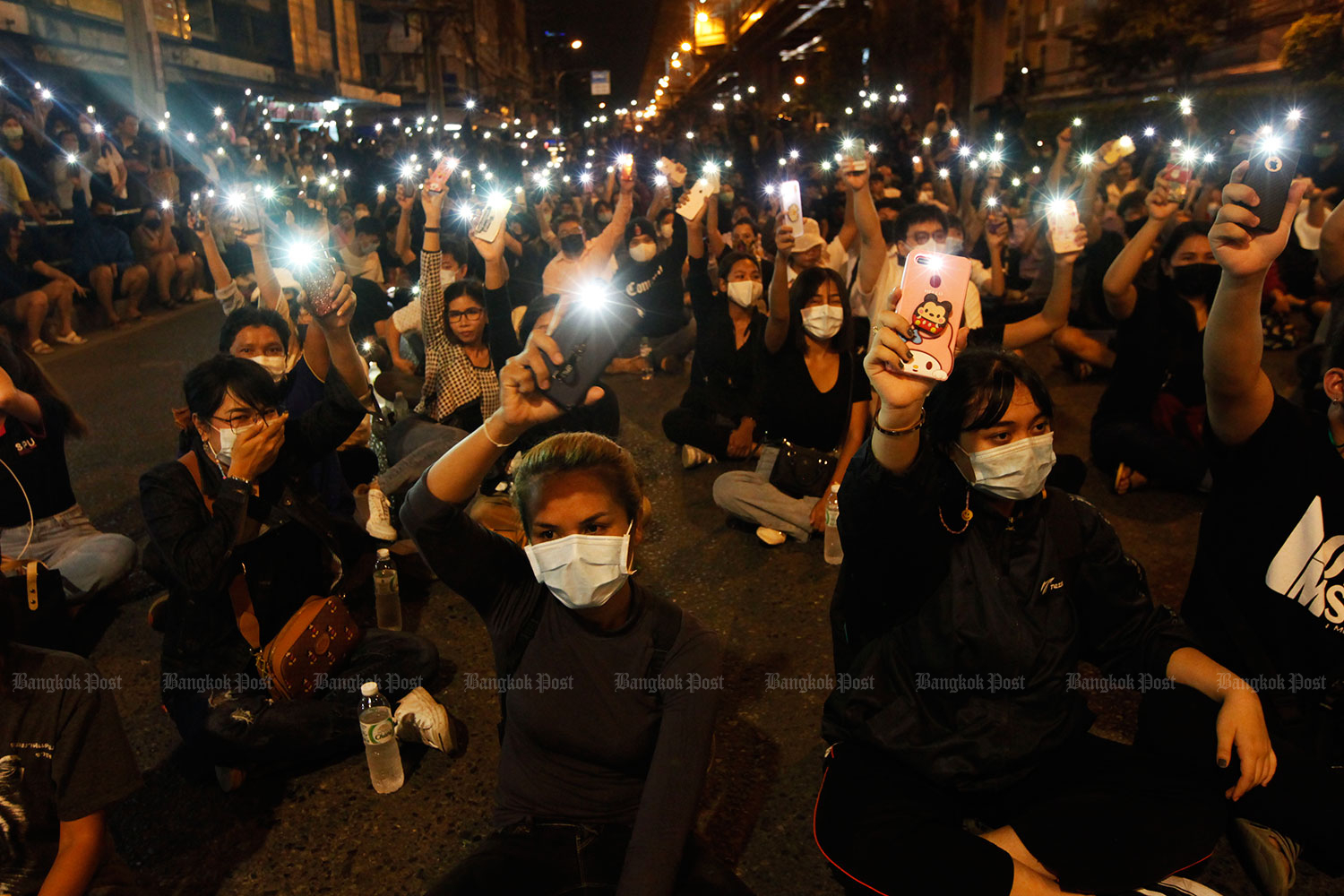 "We call for the government to stop using laws, such as the Computer Crime Act, as a tool to get rid of people who hold different opinions," it went on.

"The government must revoke the emergency decree imposed in response to the serious situation in Bangkok, withdraw charges filed against those arrested and release them immediately, without conditions."

The statement also called for the government to give serious consideration to the three key issues raised by protesters: Gen Prayut's resignation, charter amendment and reform of the monarchy.

A committee comprising representatives of the people, academics and students should be set up to study the demands, the petition said.

Mr Anusorn said if the prime minister did not respond, the group would ask university lecturers who are members of the TANC to skip teaching classes in protest.

"We will not yet take this step, but will wait to see how the government responds to our demand," he said. 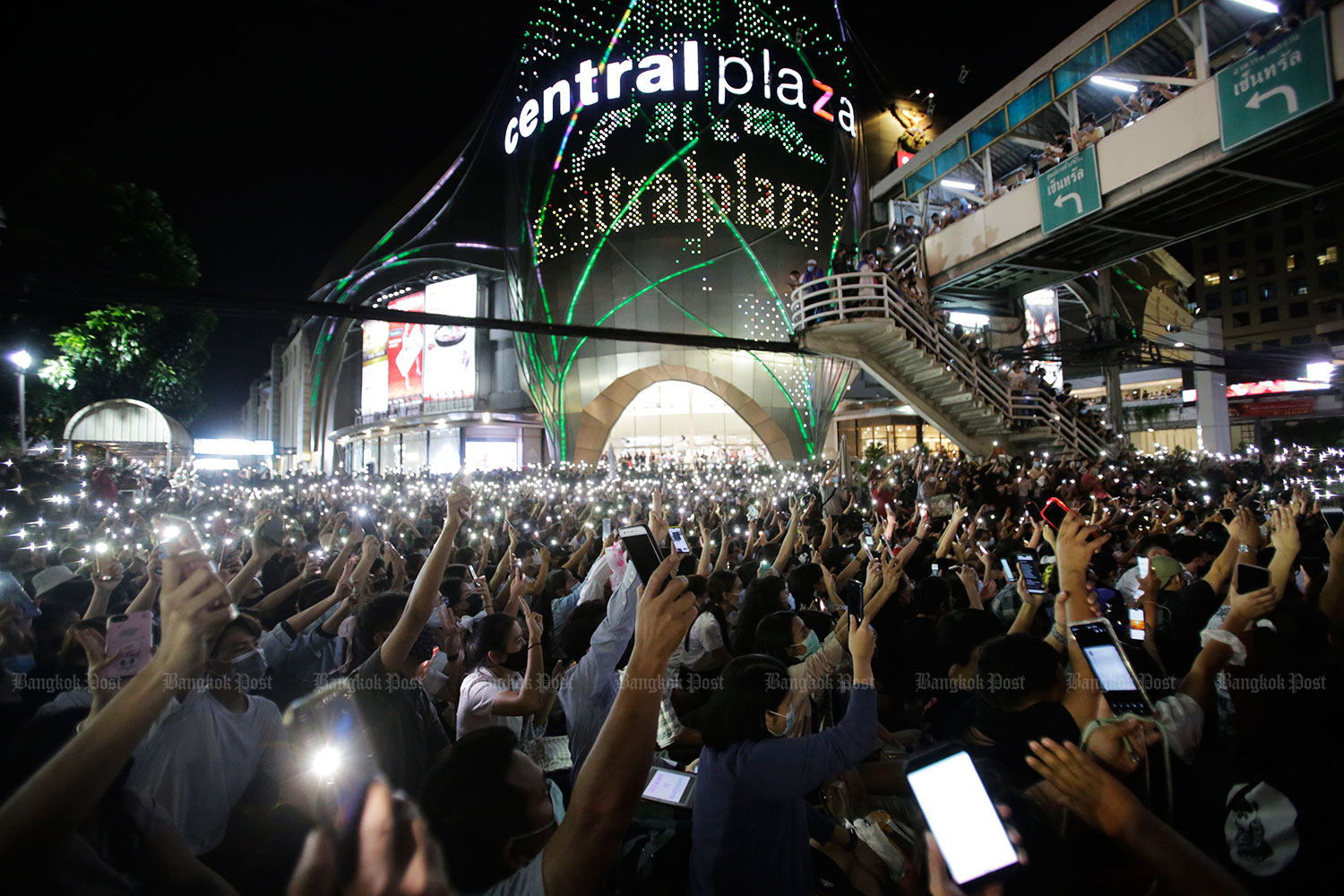 Protesters hold up flash lights from their mobile phones during a rally outside Central Plaza Pinklao yesterday. (Photo by Pornprom Satrabhaya) 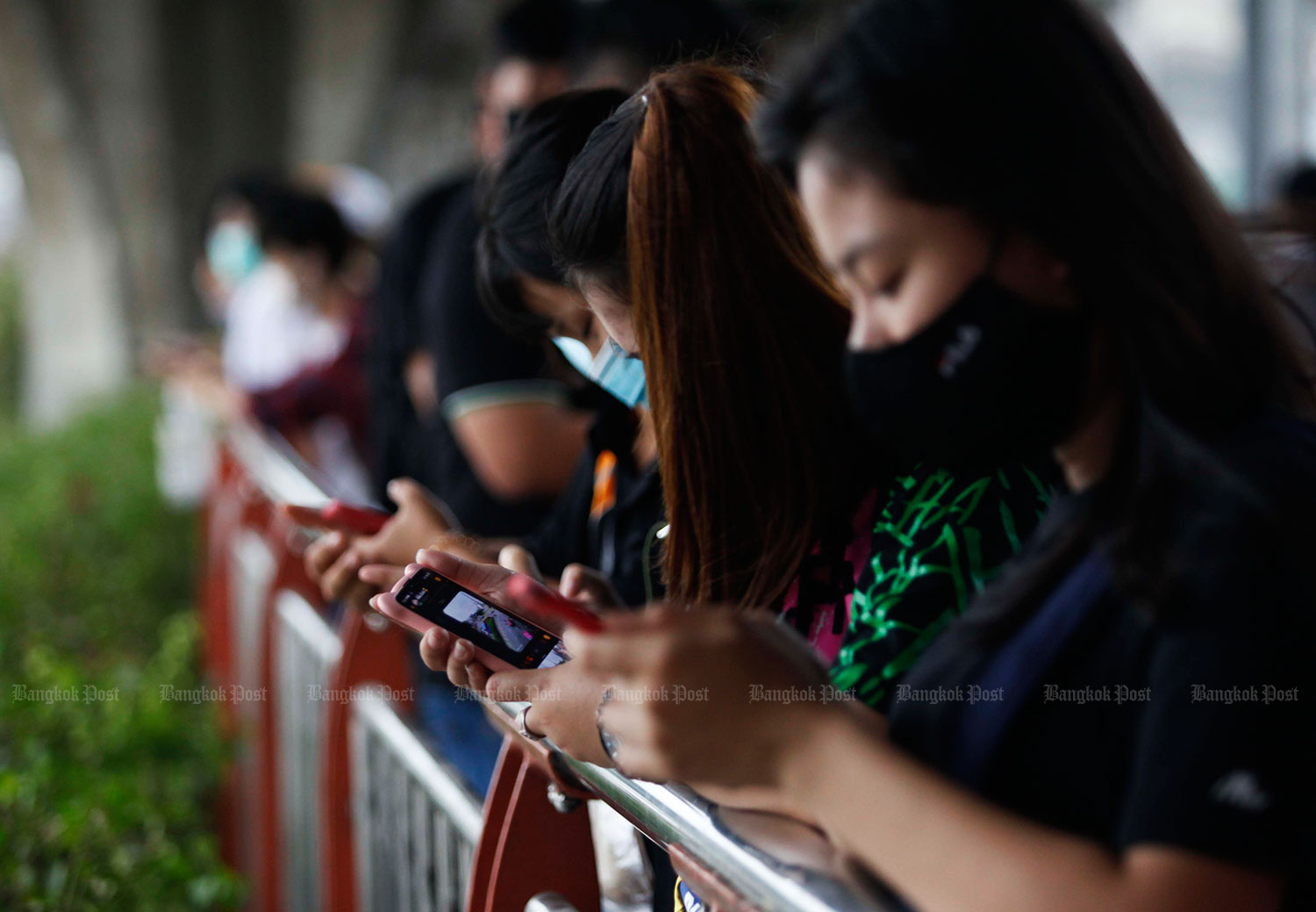 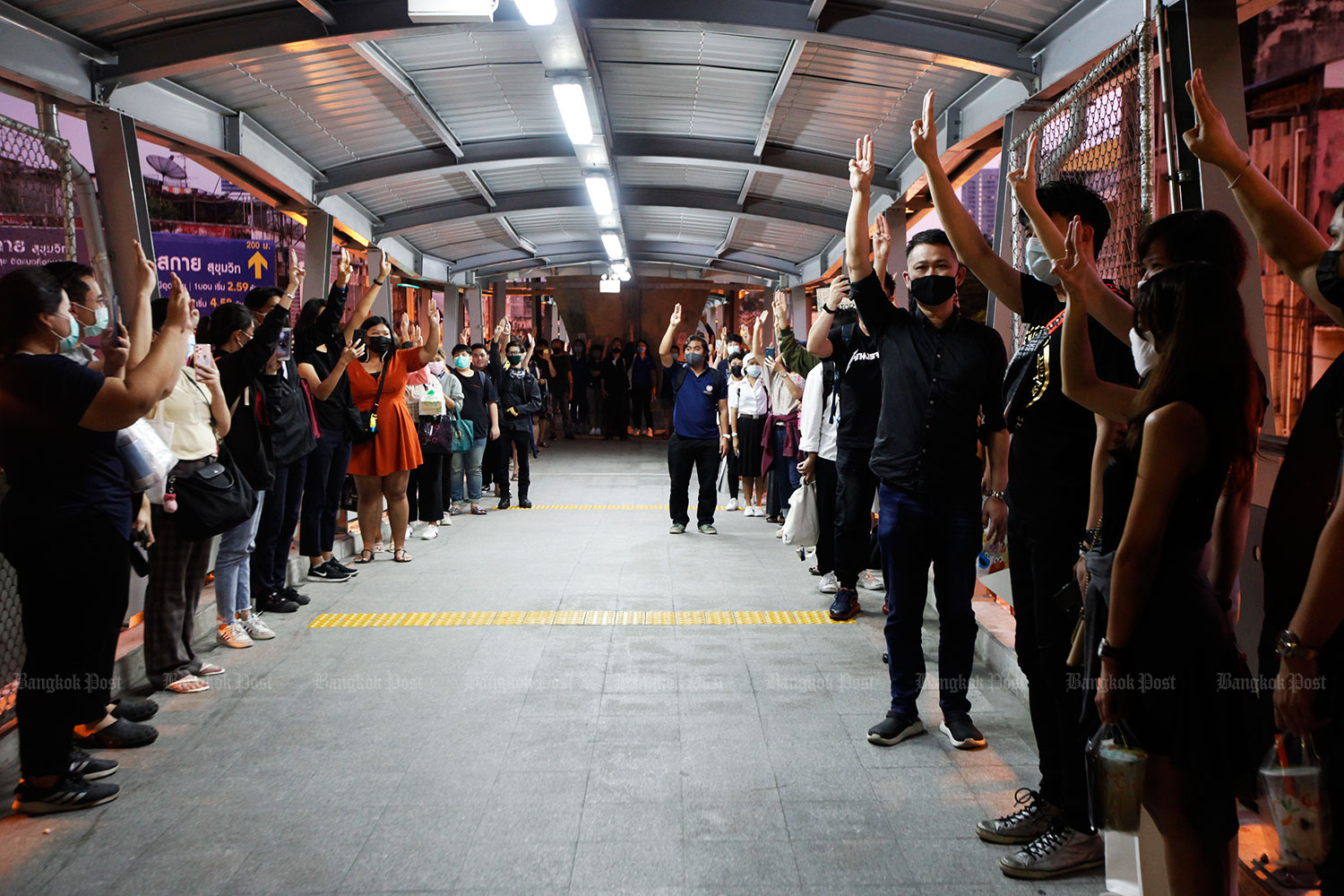 Protesters come together on a pedestrian overpass at BTS Udomsuk station. (Photo by Wichan Charoenkiatpakul)