Anti-government protesters are moving towards Government House after gathering at Victory Monument while riot police have built a barbed wire barricade on Sri Ayutthaya Road outside the Foreign Ministry to block them from reaching the prime minister's office.

Elsewhere, a group of yellow-clad people and student protesters briefly scuffled at Ramkhamhaeng University as both sides were on the campus at the same time.

Scores of royalists confronted the anti-government protesters and skirmishes broke out before the students escaped the campus. The University later closed the gates to prevent another clash as the students agreed to shift their rally to an area close to Hua Mak police station.

Earlier on Wednesday, anti-government protesters returned to Victory Monument on Wednesday to press for the ouster of Prime Minister Prayut Chan-o-cha after royalists dressed in yellow assembled in several provinces, and authorities are worried about possible clashes between the two groups in the future.

Protesters started converging on the Bangkok landmark after organisers used social media to name it the principal protest venue on Wednesday.

The monument drew thousands of demonstrators calling for a new government and constitutional changes on Sunday.

More controversially, many are also calling for reform of the monarchy.

The highly sensitive issue of the highest institution spurred gatherings of royalists in some provinces on Wednesday.

About 2,500 yellow-clad people assembled at the Ranot district office in #Songkhla to show their loyalty to the royal institution. #BangkokPost #Thailand #politics #WhatsHappeninglnThailand pic.twitter.com/Ntbau60OVE

"We are ready to protect the monarchy," Pirote Nunsawad, the village chief of Ban Moo 3 in Sathing Phra said.

About 20,000 people wearing yellow from all districts in Narathiwat gathered in Sungai Kolok, while a number of people in Chiang Mai's Muang district wore yellow attire to show their loyalty to the royal institution.

Police spokesman Yongyos Thepchamnong said on Wednesday police were worried about the possiblity of confrontations between the two groups, but said they have plans to handle all eventualities.

Police are responsible for enforcing the emergency decree that was declared in Bangkok last Thursday.

The student-led protesters and people loyal to the monarchy have tried to avoid direct confrontations, and rallies have remained peaceful so far. 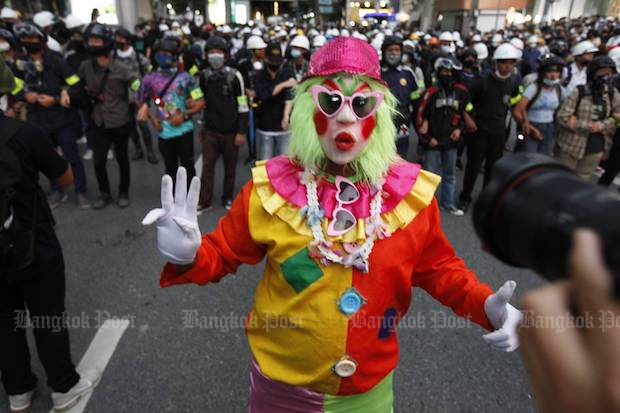 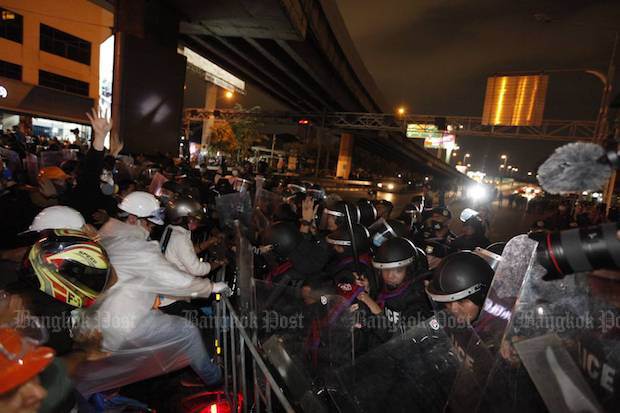 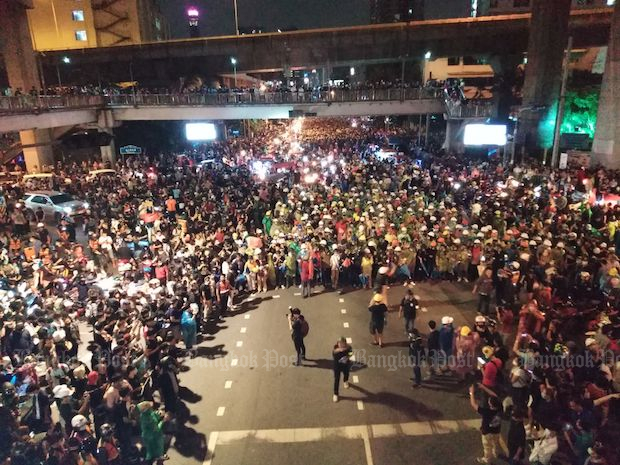