Demonstrators in protective gear take cover behind concrete barriers as riot police shoot water cannon to deter them from breaking through a barricade erected to block access to the parliament building, on Tuesday, in Dusit district of Bangkok. (Photo by Wichan Charoenkiatpakul)

A group of demonstrators wearing helmets and other protective gear reached the line of concrete barriers and razor wire placed near Bang Krabue intersection in front of the parliament in Dusit district at about 2.30pm. They then attempted to cross the barricade, throwing smoke bombs and bags of paint towards rows of riot police on the other side.

Police used a water truck to fire salvos from water cannon in order to force them back.

After the brief confrontation ended, police tried to open negotiations with a representative of the approaching men, who were apparently acting as an advance guard for the demonstrators.

Pol Col Kissana Phathanacharoen, deputy police spokesman said police had warned demonstrators not to destroy the barricades. When they did not back off, police fired four rounds from water cannon.

The first three rounds consisted of plain water. When that failed to deter the demonstrators, he said, police then used the water cannon to fire a liquid that included tear gas solution.

Rally leaders earlier announced a plan to stay overnight at the parliament while waiting for MPs to accept for deliberation a proposed constitutional amendment drafted by civil group Internet Law Reform Dialogue (iLaw). It was one of seven charter change drafts submitted to the parliament, with other drafts sponsored by government and opposition parties.

On Tuesday morning the parliament started its debate on a constitutional amendment. Lawmakers are expected to discuss the issue for two days before voting on whether to accept any of the proposed drafts for deliberation. 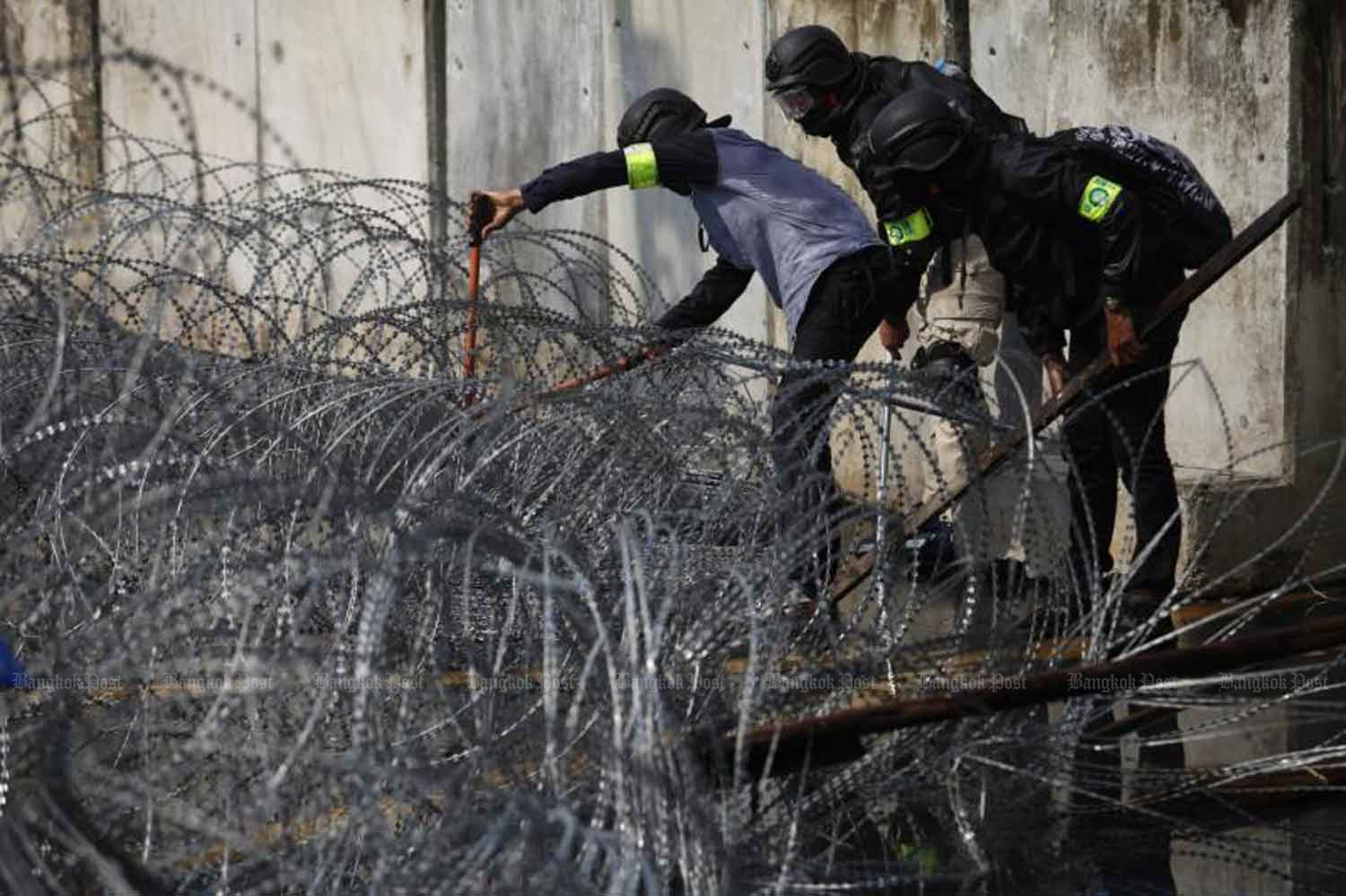 Demonstrators cut razor wire placed to block road access to the parliament in Dusit district of Bangkok on Tuesday. (Photo by Wichan Charoenkiatpakul)