Pedestrians walk past the Royal Thai Police headquarters. The sign was cleaned after it was splashed with paint by anti-government protesters on Wednesday evening. (Photos by Apichart Jinakul)

Police are hunting for a man wearing a pink raincoat who may have fired shots at people protesting outside parliament during the violent confrontations on Tuesday.

Pol Maj Gen Piya Tawichai, deputy commissioner of the Metropolitan Police Bureau (MPB), said the man was believed to be a guard of the People's Movement protesters and is suspected of having opened fire at people converging on Thahan Road. 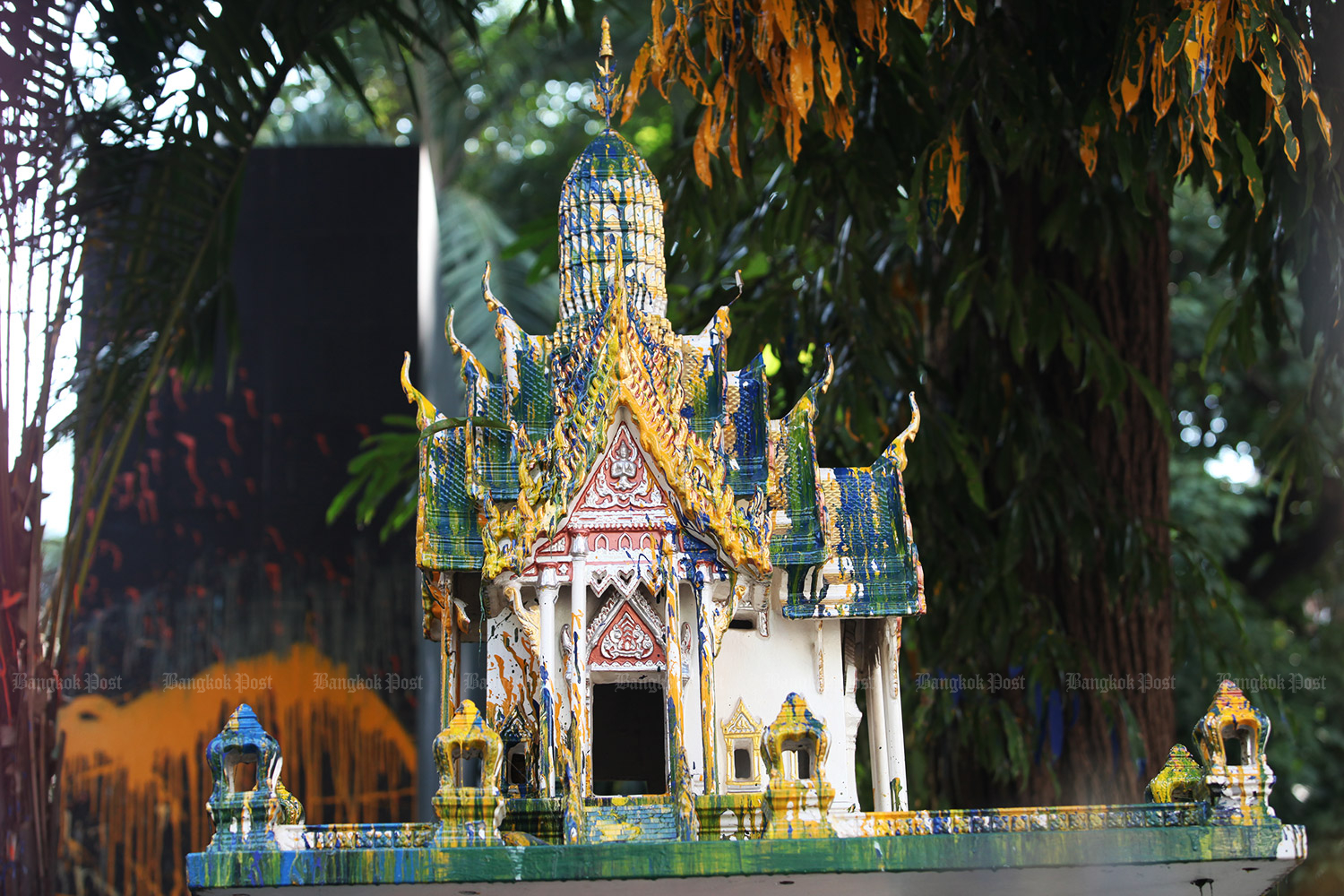 The spirit house at the Royal Thai Police headquarters is seen smeared with paint, after protesters gathered at the nearby Ratchaprasong intersection.

Pol Maj Gen Piya said police questioned witnesses and journalists covering the protests about the violence and their information was consistent with footage taken from security cameras in the area. Spent shells were retrieved from the scene and were being examined by police.

He said that 13 surveillance cameras at the Royal Thai Police headquarters were spray-painted and the RTP nameplate, walls and lamps around the headquarters were defaced. Three border patrol police officers were slightly injured by objects thrown at them over the RTP fence and a police car's tyres were also flattened.

Meanwhile, Labour Minister Suchart Chomklin on Thursday denied any affiliations with a group of yellow-shirt demonstrators who were engaged in a brawl with pro-democracy protesters outside parliament. 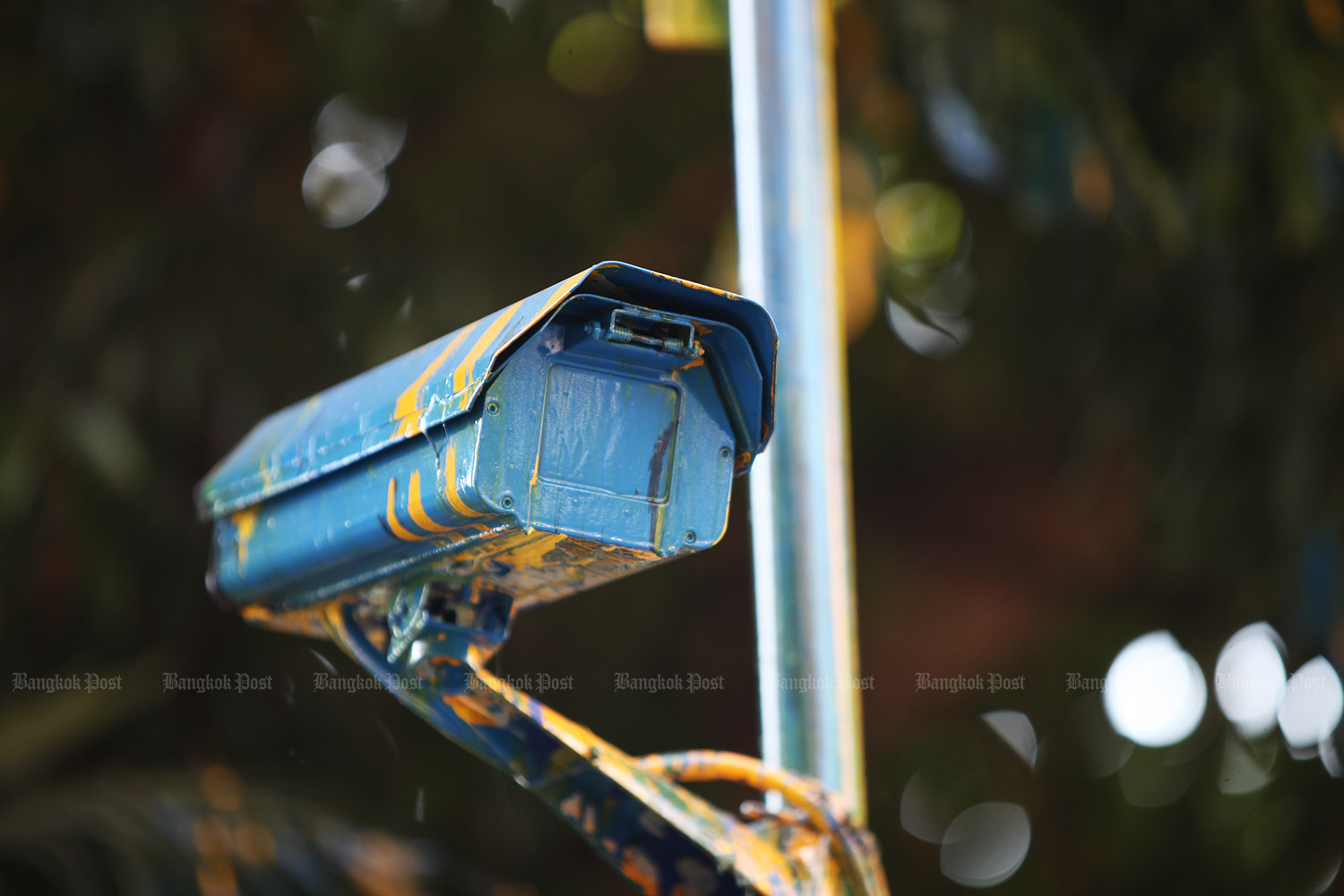 A CCTV camera is seen covered in paint after the rally.

He insisted the yellow-shirt protesters, who were said to have travelled from Chon Buri which is Mr Suchart's political stronghold, were not his aides.

The minister said the people turned up out of their own free will to oppose the charter amendment bill put forward by civil group Internet Law Reform Dialogue (iLaw). The iLaw bill, however, was rejected on Wednesday by parliament.

"[The yellow-shirted protesters] came to the protest unarmed. But they were attacked, so they had to defend themselves," he said.

Ramet Rattanachaweng, spokesman of the Democrat Party, said he would file complaints against social media users who made baseless accusations against Parliament President Chuan Leekpai over violence outside parliament.