When police mounted a crackdown on a November rally, deploying tear gas and water cannon outside parliament in Bangkok, footage of demonstrators hiding behind giant inflatable ducks went viral.

Within days, duck-themed paraphernalia became a staple among street vendors at protests, the birds featuring on everything from hats to hair clips.

The toy's emergence as a protest symbol happened by accident. Protesters had intended to float on inflatable ducks down the Chao Phraya River behind parliament as lawmakers inside debated proposals for constitutional change.

But since their redeployment as protection from tear gas and chemical-laced water fired from cannons, demonstrators say the ducks have helped the pro-democracy movement win the PR war with authorities.

"To put it simply, they're the guards of the people who use peaceful ways in protesting. We have cute ducks to fight against fully armed police, and it shows that we're better," said a 30-year-old protester named Sam. (continues below) 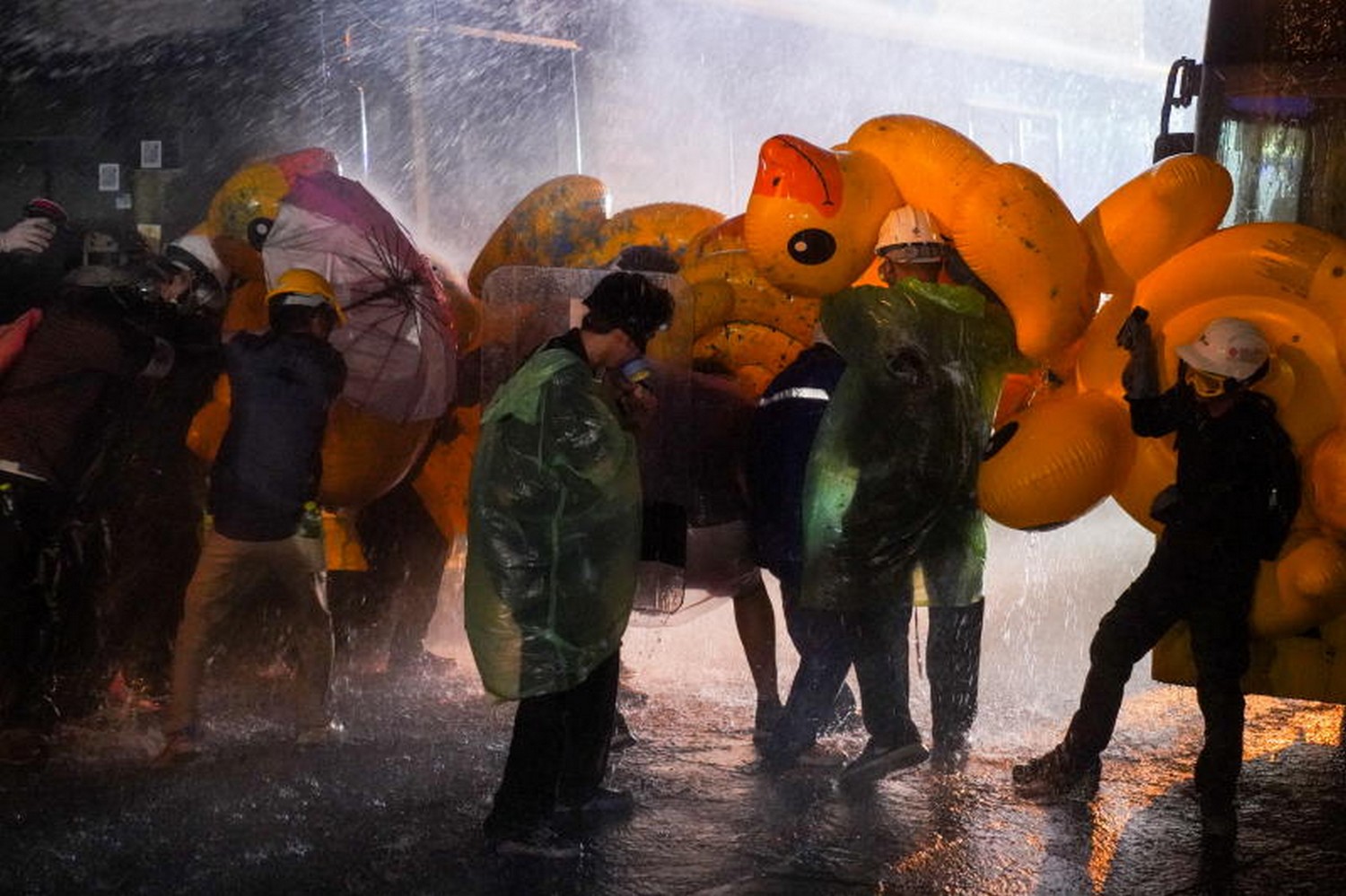 Demonstrators use inflatable rubber ducks as shields against water cannon during an anti-government protest outside the parliament in Bangkok on Nov 17. (Photo: Reuters)

Rattikarn Saehor, 39, sells duck bubble blowers from a stall and said her products help lighten the mood at rallies.

"We want the protest to be less stressful, full of creative ideas that show we truly like to protest with peace, and do not want any violence to happen -- so the ducks have helped make everything look lighter and softer," she told AFP.

She said proceeds from her sales had supported volunteer medical teams at protests. (continues below) 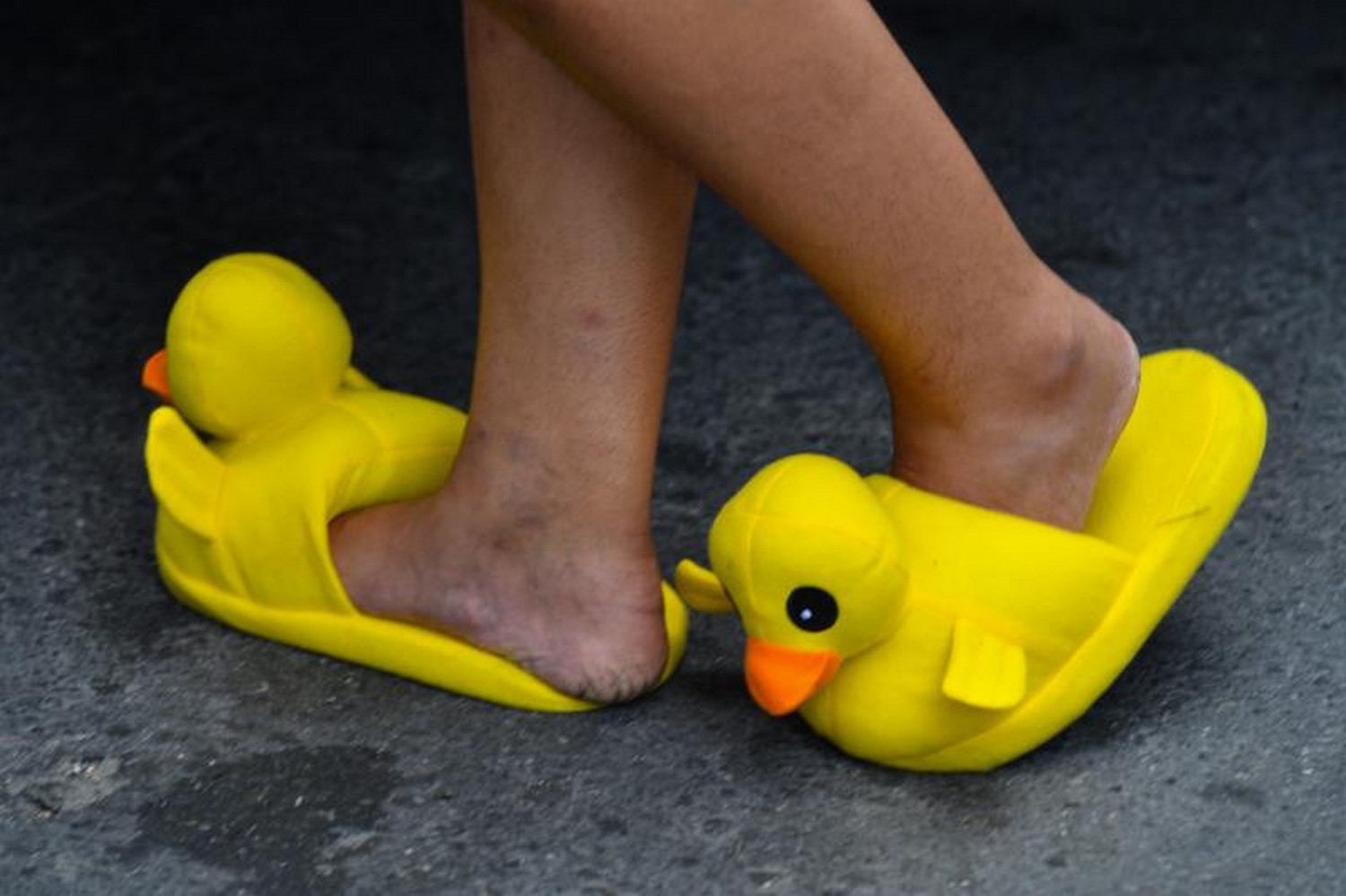 A pro-democracy protester wears duck-themed bedroom slippers while awaiting the start of an anti-government rally at Lat Phrao intersection in Bangkok on Wednesday. (Photo: AFP)

Protesters are calling for Prime Minister Prayut Chan-O-Cha to resign, a rewrite of the army-drafted constitution and for reforms to the monarchy.

It is not the first time the bath-time buddies have been used as symbols of defiance and protest.In 2013 Dutch artist Florentijn Hofman's 16-metre inflatable duck sculpture floated in Hong Kong's harbour but swiftly became mired in controversy.

Giant inflatable rubber ducks featured in protests in Brazil in 2016 during a push to impeach then president Dilma Rousseff and highlight the economic "quackery" of her government amid a downturn.

And they became a symbol of protest in Russia in 2017 when it emerged then prime minister Dmitry Medvedev had multiple luxury estates -- including one that featured a special house for ducks on a pond.