Cops gear up for Bangkok protests

Demonstrators hold flags during an anti-government protest at Democracy Monument on Sunday. At least four rallies will be held on Saturday. (Reuters photo)

About 4,800 crowd control police officers will be deployed to handle four anti-government groups that are set to hold rallies in Bangkok on Saturday.

The Redem group plans to gather at Lat Phrao intersection, then march to the Criminal Court on Ratchadaphisek Road.

Archeewa Mai Ao Phadet Kan will stage a rally at the Democracy Monument. 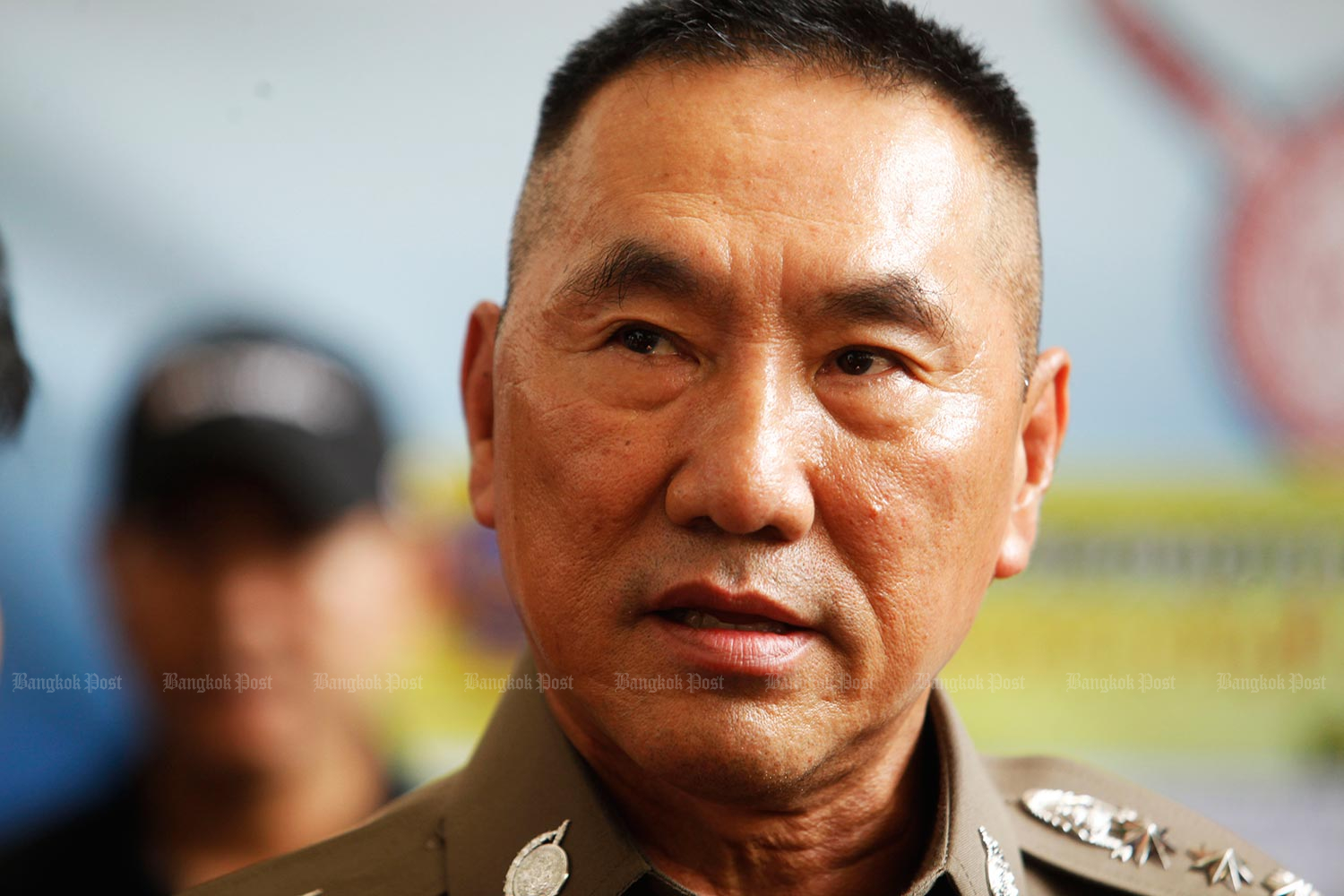 The People Go Network, which began a long march from the northeastern province of Nakhon Ratchasima to Bangkok, will gather at Zeer Rangsit flea market before marching to Kasetsart University.

Pol Gen Suwat warned that all demonstrations are banned by the emergency decree imposed to curb the spread of Covid-19.

Of the four groups, police were paying most attention to the Redem group, said MPB commissioner Pakapong Pongpetra.

The group had clashed with riot police and anti-government protesters in front of the 1st Infantry Regiment barracks, King's Guard and outside Din Daeng and Suthisarn police stations last Sunday.

Despite the perceived high risk, Pol Lt Gen Pakapong said the Criminal Court, where they plan to march, had not asked for additional police reinforcements.

"Riot police have been instructed to strictly follow crowd-control measures and not to take any excessive action that is beyond the scope of the law," he said.

Commenting on a protest group's plan to march from the Tesco Lotus Rangsit branch to the 11th Infantry Regiment headquarters, air force chief ACM Airbull Suttiwan said yesterday that the group can still pass the Royal Thai Air Force (RTAF) headquarters on Phahon Yothin Road and there would be no special security measures, only barricades set up.

Prominent social critic Sulak Sivaraksa who plans to join the People Go Network today urged demonstrators not to resort to violence and to show patience.

Led by Jatupat Boonpattararaksa -- the Khon Kaen activist known as Pai Dao Din who spent two years in prison for lese majeste -- the People Go Network started the 248 kilometre march from the Thao Suranaree monument in Muang district of Nakhon Ratchasima on Feb 16.

The four are awaiting trial on charges stemming from a rally at Thammasat University and Sanam Luang in Bangkok on Sept 19 last year.

They have been denied bail twice, with the court arguing they face serious charges and had shown a tendency to repeat offences in the past.

Jatuporn Promphan, chairman of the United Front for Democracy against Dictatorship, said in a live stream on Facebook yesterday that he was concerned that today's rallies will take place without any leaders which could easily get out of hand.

Meanwhile, 41 policemen are in quarantine after coming into close contact with a Covid-19 infected anti-riot police officer who was sent to control a protest last Sunday.

The infected police officer, Pol Snr Sgt Maj Somyot Nuamcharoen, was suspected to have caught the virus during a visit to Samut Sakhon earlier before being deployed to handle the Feb 28 protest.

In another development, a man was arrested on Friday at Pathumwan intersection in central Bangkok, with explosives in his car, and police are trying to find out whether the matter was politically linked.

The arrest took place after Pathumwan police ordered a man identified as Pichet Khunkamhaeng, 43, to pull over his SUV as he was driving the vehicle erratically in a lane at Pathumwan intersection.