Nationwide protests call for PM to resign amid Covid surge

Motorcycles join other vehicles at Democracy Monument in a rally against Prime Minister Prayut Chan-o-cha on Sunday. (Photo: Apichit Jinakul)

Anti-government protesters took to the streets in cars and motorcycles in Bangkok and other provinces on Sunday, demanding the resignation of Prime Minister Prayut Chan-o-cha over his handling of the Covid-19 crisis.

In Bangkok, drivers honked horns and motorcyclists raised three-finger salutes -- a gesture of resistance inspired by "The Hunger Games" movie -- as they headed along a 20km route stretching from Democracy Monument in the centre of the capital out to Don Mueang airport.

"We can barely make a living now, all of my family members have been affected," said a 47-year-old protester speaking from his car who only gave his first name "Chai", for fear of government repercussions.

"The government failed to provide vaccines on time and many of us haven't had any vaccine yet," he said. "If we don't come out to make our calls, the government will simply ignore us." 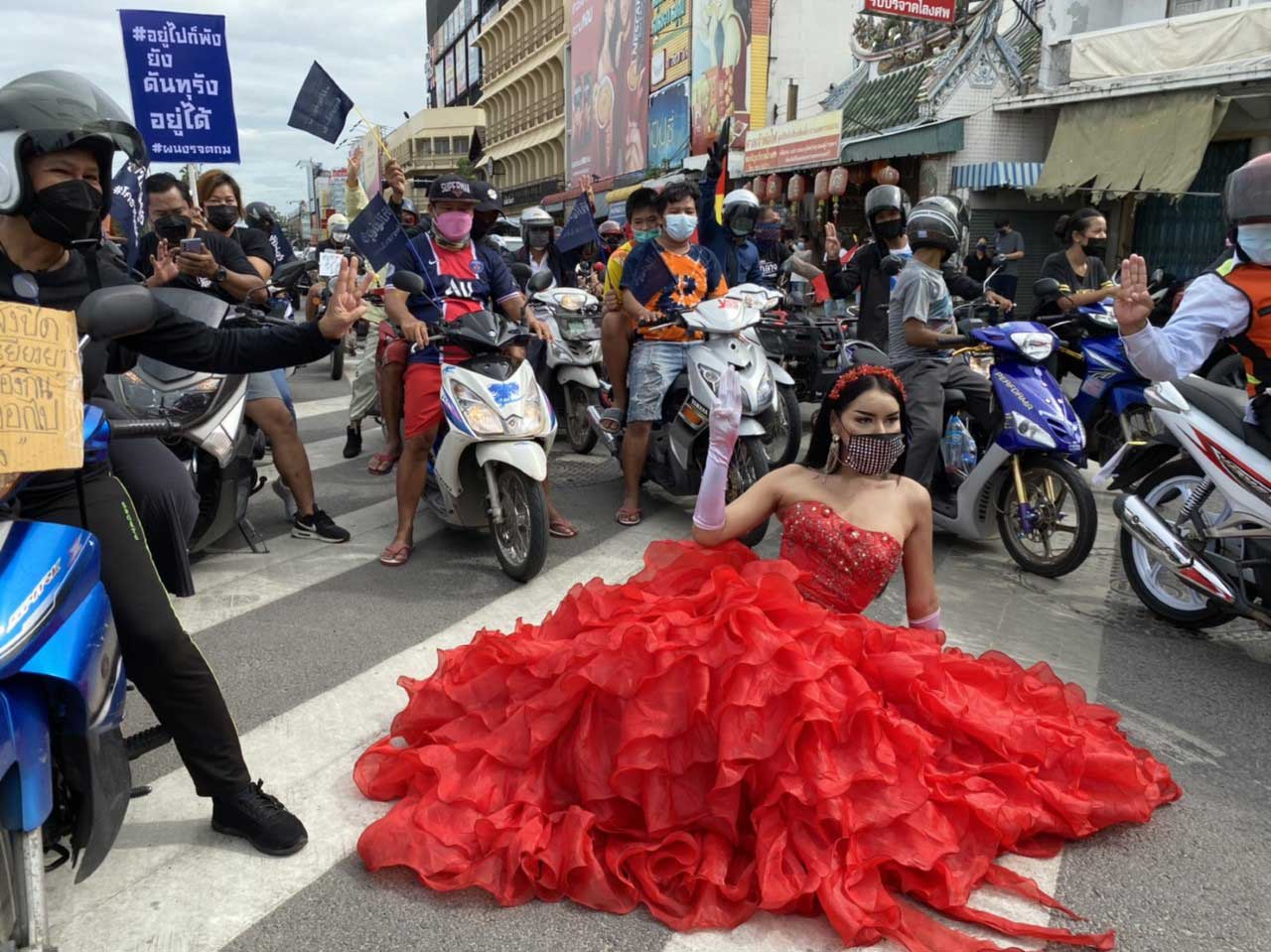 A "car mob" is also seen in Nakhon Ratchasima and other provinces. (Photo: Prasit Tangprasert)

"No one wants to hold activities like this under the present situation because we all love our own lives. But we can no longer stand the mismanagement of Prime Minister Prayut Chan-o-cha on the Covid situation," said a key organiser in Nakhon Sawan who requested anonymity.

Jessada Iem-un, a coordinator of the rally in Kanchanaburi, echoed the same frustration, saying the government should take responsibility for its failure to handle the deadly pandemic by stepping down from power.

Pol Maj Gen Piya Tawichai, deputy commissioner of the Metropolitan Police Bureau, said the recent protests were illegal and those who participated would be prosecuted.

The country aims to inoculate 50 million people by the end of 2021, but so far, only 5.8% of the population are fully vaccinated, while about 21% have received at least one dose.