Monks in hot water over livestream

Wisecracks on politics and current affairs watched on Facebook by 200,000 not a hit with everyone

Two "celebrity" monks are in hot water over their live-streaming session laced with political messages and punctuated by giggling in what has been defended by some as unorthodox preaching methods that keep Buddhism relevant. 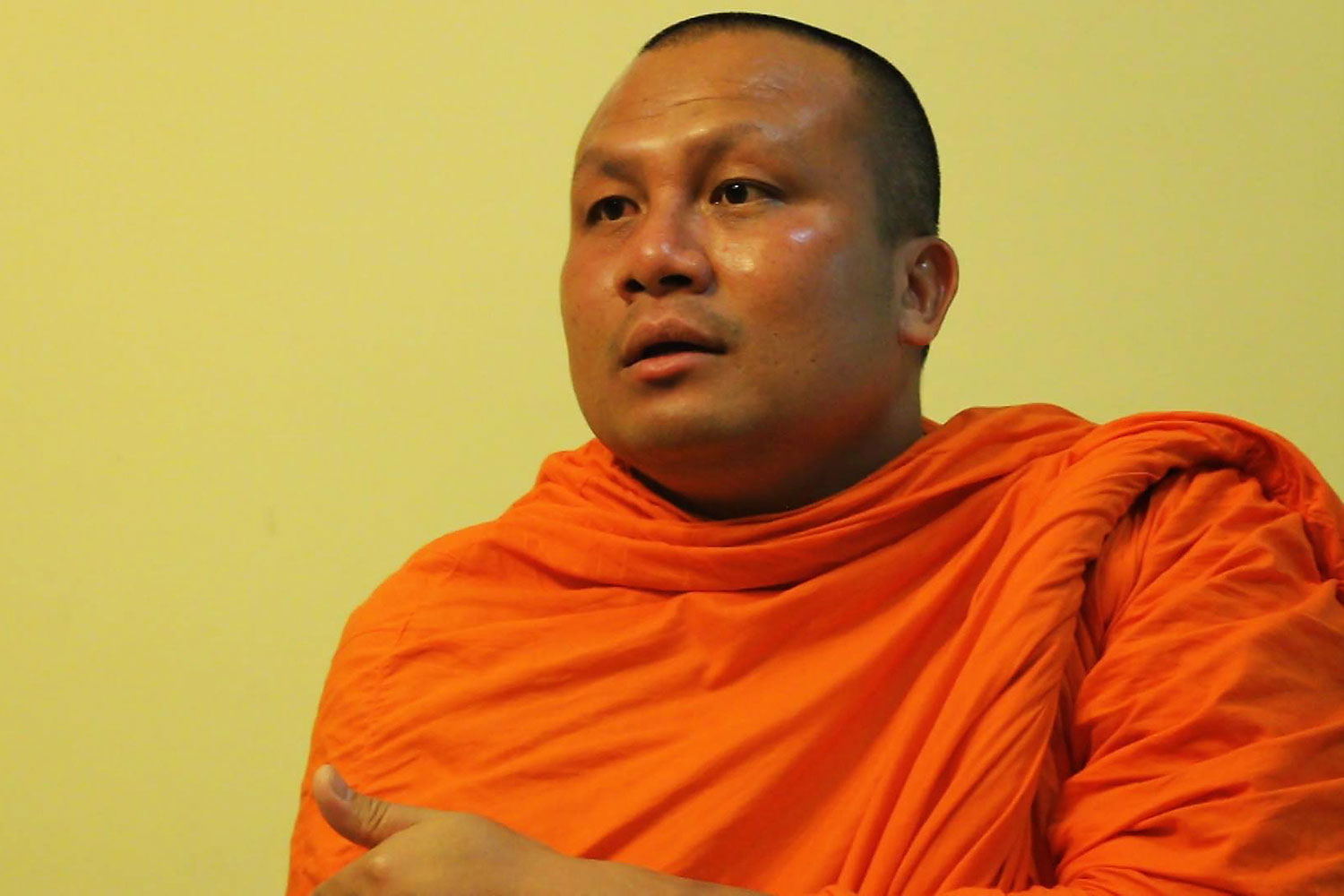 Phra Maha Sompong Talaputto and Phra Maha Praiwan Worawano went live on Facebook over the weekend and their followers were treated to a dose of comical exchanges between the two monks poking fun at current affairs and politics.

The talk show, peppered with teenage slang, was an instant hit. At one point, the session logged a whopping 200,000 viewers. However, Buddhist authorities did not find the session amusing.

For Buddhist monks to livestream, burst out laughing and giggling, soliciting donations, and possibly engaging in commercial activities, are areas that violate Sangha rules, according to critics.

In fact, the National Office of Buddhism (NOB) is looking into whether the two preachers have conducted themselves in a way deemed unbecoming of Buddhist monks.

Their immediate governing order, headed by the abbot of Wat Soi Thong in Bang Sue district of Bangkok, will review the live event and assess the propriety of the monks' conduct during the session.

Phra Khru Samu Watchara, assistant abbot of Wat Rakhang Khositaram, said no serious religious offence appears to have been committed by the monks.

The session may have at times been low on useful content, he said. However, it is a modern communication tool that reaches out to young people and can be seen as a diversion from the mental stress brought on by the pandemic.

Preaching that conforms to conventional formats has failed to capture the attention of many people. "They sometimes even ask the monks outright to keep it [preaching] concise," he said.

The session may have split public opinion but the criticism should not be based on biases against individual monks, the assistant abbot said. Monks can weave jokes and funny anecdotes into their preaching, which poses no concern. However, if monks call for public donations, they must provide clear details of money going in and out of their accounts, he said.

Meanwhile, Phra Maha Praiwan clarified via social media that his live programme was to bring religion closer to the people and to deepen their understanding of the dhamma. The live event was formatted to bridge an otherwise widening gap between laypeople and temples. 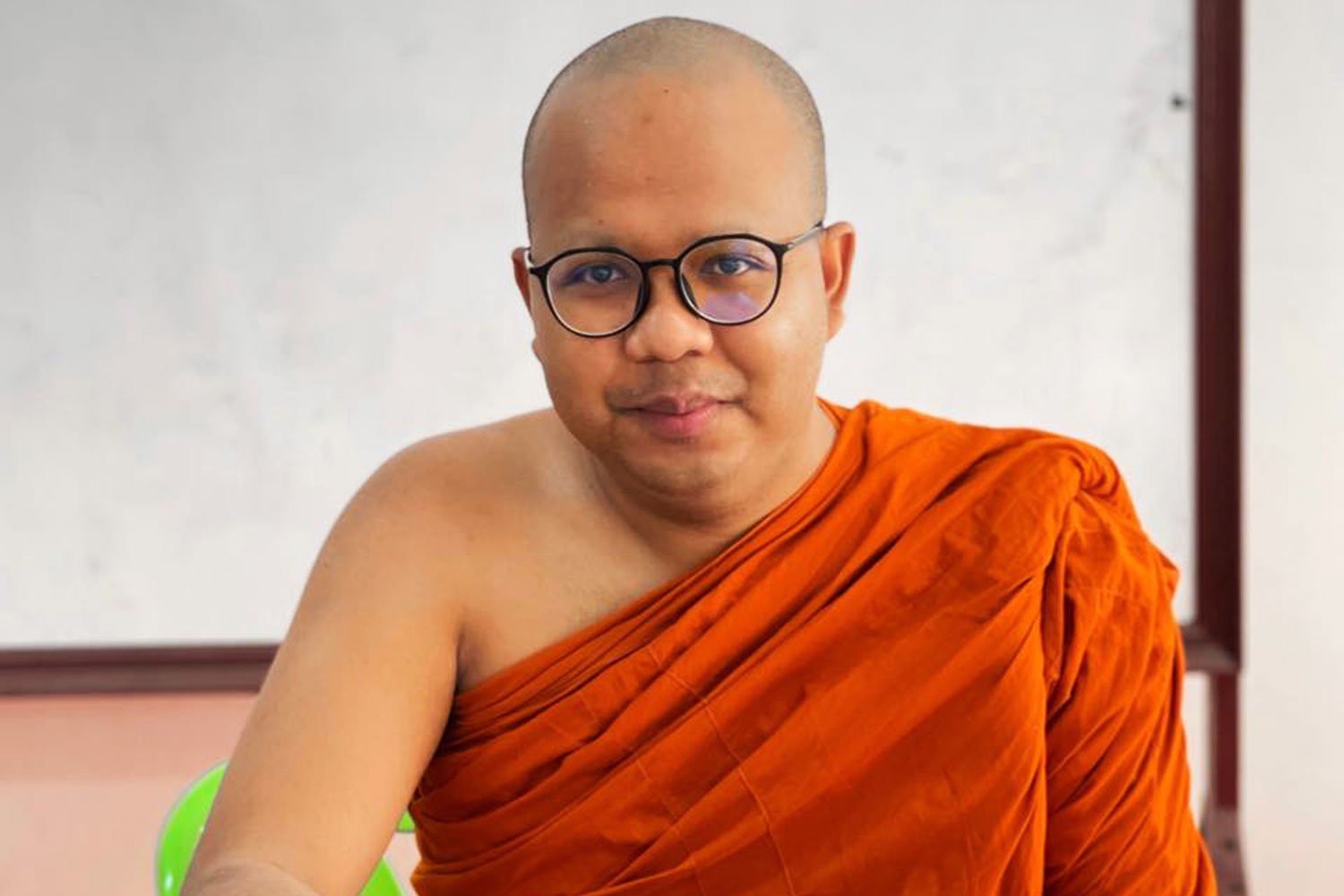 He said people who opposed these types of programmes are entitled to their opinions. However, the senior monk said styles of dhamma preaching should be tailored to suit different ages and social groups.

On Monday, Sipboworn Kaewngam, the NOB deputy director, said the office was gathering details of the live session to be forwarded to the two monks' governing order for investigation. The order will have a final say on the probe and decide on any punitive action against the monks.

Activist Sriwuwan Janya, secretary-general of the Association for the Protection of the Thai Constitution, said his association has complained to the NOB and Supreme Sangha Council about what he said were the 'shameless' acts of the monks trivialising the dhamma through jokes.

When the jokes raked in followers, the monks allegedly demanded fees from owners of advertisements run on their social media pages.

Mr Srisuwan said such an act was a testament to the monks' attachment to greed and worldly desires, which runs afoul of the Sangha rules and discipline.

"If they are unable to keep up with the rules, they are nothing more than two people with shaved heads, wrapped in saffron robes," the activist said.

For young people to appreciate Buddhist teaching, their knowledge about dhamma must be instilled by their family or they must be taught at school or temples. "The dhamma cannot be imparted by monks posing as comedians," Mr Srisuwan said.

Phetchawat Wattanapongsasirikul, deputy chairman of the House committee on religion, arts and culture, said the committee planned to invite the two monks and officials of related agencies to explain the live session.

The issue was becoming sensitive as more monks are using social media, concerning some that it could revolutionize how dhamma is taught, he said.

Tourism ministers from across Asia-Pacific have expressed concerns over the damaging effects of Covid-19 on the economy and travel industry, but failed to reach a consensus on all issues due to certain sensitivities.

Global steel prices, which soared as a result of the Russia-Ukraine war, have declined following lower demand for steel in China.