Prime Minister Prayut Chan-o-cha and two former premiers, including the one unseated by his coup, have offered different hopes as the country entered the traditional new year on Wednesday.

Gen Prayut called this Thai New Year the "Songkran of hope" after the country began reopening for travellers to salvage the tourism sector and the government embarked on projects to create jobs, boost  investment opportunities and expand the economy.

The prime minister made a bold projection that foreign arrivals to the country would number from 5 to 15 million this year, generating 1.3-1.8 trillion baht of revenue.

His forecast for foreign visitors was far higher than Bank of Thailand estimates that only 5.6 million people would visit this year, a number that would rise to 19 next year.

"The government and I stand ready by your side to support all activities to create jobs and money, and help all Thais adjust to the changing world," he wrote in a Facebook message for the occasion. 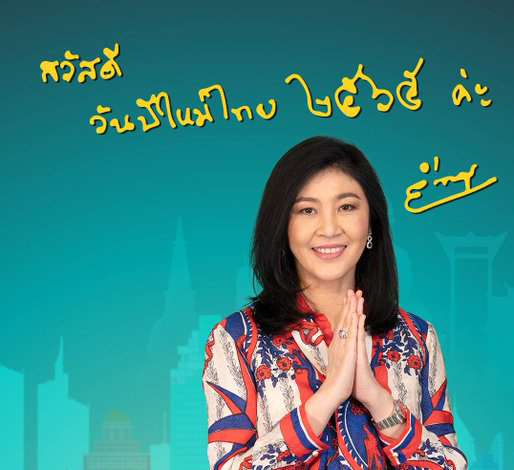 Gen Prayut's blue-sky optimism was reversed in the messages from two former elected prime ministers ousted by the military or the courts - Yingluck Shinawatra and her elder brother, Thaksin.

Both hoped the new year would bring an end to despair.

Yingluck, deposed in 2014, said an early general election would reduce suffering and called for people to be patient.

"I hope an early election will take place to change our direction for the better," she said.

Thaksin, ousted in 2006, made no mention of a nationwide poll but simply hoped that happiness would return to all the country's people.

The Thaksin-affiliated Pheu Thai Party has challenged the prime minister to dissolve Parliament for snap elections, predicting a landslide victory this time.

Its rival, the establishment Palang Pracharath Party, has called that a dream and asserted the ruling party would take at least 150 out of 400 seats.