Bangkok Broadcasting and Television's (BBTV) Channel 7 has been ridiculed after mistranslating Lao words in one of its news programmes.

Channel 7, partially owned by the Thai army, on Thursday afternoon showed Laos translations of several Thai words - but most of the translations were incorrect.

The programme mistranslated delivery room as "monsoon room", red light as meaning "light of power", green light as "light of freedom", train as "moving row of houses", tissue paper as "sanitary pad" and sanitary pad as "fabric amulet for keeping out blood".

The Thai and Lao languages are closely related and derive from the same root.

A Lao reporter told the Bangkok Post: "The translation from Lao to Thai shown in Thailand's Channel 7 shows their lack of professionalism and ignorance. They can do better than this. There are many Lao language experts in Thailand. This is totally unacceptable."

In a post directed at Channel 7, Facebook user Putipon Ai Kupongsy wrote: "You are insulting and disrespecting us Lao people and this was on national TV. No wonder Thailand is in turmoil, thanks to your stupid media."

Another commentator Phonesawanh Thongmanivong wrote on his Facebook page: "Thailand is the most racist country in the world. The people who put this on TV should be fired because there was no checking at all."

Facebook user Noi Soulivanh Sisopon added: "You Thais are biting at each other and you still have the courage to compare our language with yours. Keep laughing people."

A Thai Facebook user by the name Love You Thailand wrote that the mistranslations were the responsibility of Channel 7, arguing that Lao people should not blame the whole country for the channel's mistake.

On Friday, Channel 7 issued an apology for the errors, saying the producers did not check the translations before the broadcast and promising that they will be more careful in future.

The channel said its executives had met the Lao ambassador to Thailand in order to apologise. The ambassador told them to be more careful, given the sensitivity of the issue. 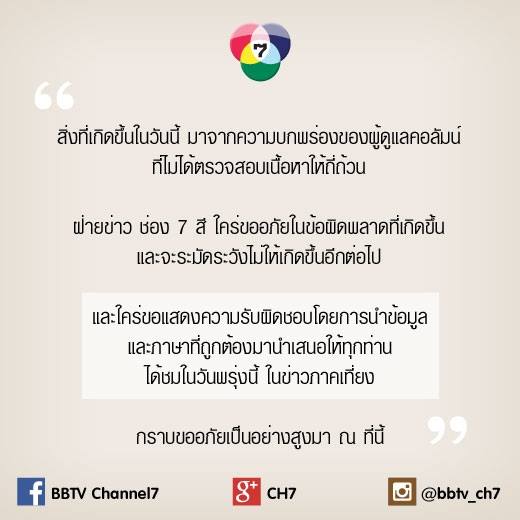 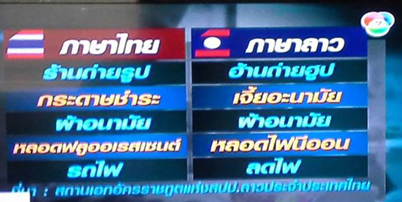