A key government figure on Monday urged the Election Commission (EC) to organise a new general election this month, while a key Democrat suggested polls be delayed for up to half a year to discuss national reform. 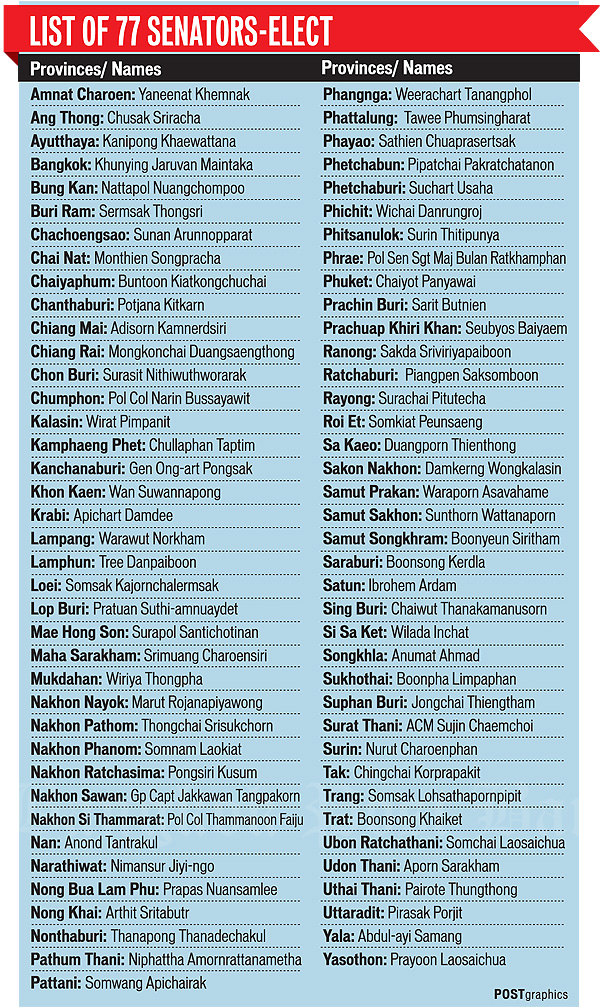 Surapong Tovichakchaikul, caretaker deputy prime minister and foreign minister, said the Sunday Senate poll proceeded smoothly and the EC should set the election date within this month and announce it before the Songkran festival.

He said other countries had started pressuring Thailand to hold the general election and the European Union in particular had urged the country to organise the poll without further delay.

Mr Surapong said the government is ready to issue a fresh royal decree to set the election date and allocate a budget to fund the poll.

The minister also criticised the EC for not doing enough to promote the Feb 2 general election.

“The EC organised events to campaign for people to cast their votes in the Senate election on March 30. Many beauty queens and models joined street campaigns but the turnout was still low. For the MP election, the EC did nothing,” Mr Surapong said.

Pheu Thai spokesman Prompong Nopparit said a coalition of 53 political parties will today submit a petition to the EC asking it to organise the general election within 45-60 days.

He said Pheu Thai leader Charupong Ruangsuwan signed the petition and would ask other political parties to sign it for submission to the EC.

Democrat spokesman Chavanond Intarakomalyasut proposed the government postpone the next election for up to six months to discuss national reform and generally acceptable criteria to create a fair election first.

Citing unofficial results from the Senate election showing low voter turn-out and a large number of spoiled and ''vote no'' ballots, he said the outcome indicated voters are fed up with politics and refused to give their mandate to candidates.

Of the total turnout of 20.8 million, 2.49 million voters marked "vote no" boxes and 1.08 million spoiled their ballots.

He said this showed the necessity for national reform.

The Democrat proposed the government reform itself by, for example, respecting the justice system and refraining from discrimination, abuse of authority and legislation aimed at absolving its associates.

“If the proposals are raised for negotiation, the election can proceed. The [Democrat] party will be ready to cooperate if the government puts off the election for four to six months and enters into negotiations to work out an election that is fair and acceptable to everyone,” Mr Chavanond said.

Meanwhile, Dusadee Pornsuksawat, the EC's deputy secretary-general, said the agency can endorse the winning candidates within seven days if they face no complaints.

He said if there are objections to the winning candidates the EC is required to make a judgement and forward it to the Council of State for consideration before next Wednesday.

However, if the EC cannot finish consideration of the complaints within 30 days after the endorsement of the winning candidates, it is required to make a judgement and send it to the Supreme Court's Election Division for the final say.

He said that two of the complaints were filed against former auditor-general Khunying Jaruvan Maintaka who contested the poll in Bangkok. Khunying Jaruvan emerged as the winner in the Bangkok election.

Norarat Pimsen, secretary general of the Senate, said if the official results can be endorsed within seven days, the new senators can report for duty from April 8-11.

"And if the EC can endorse 95% of the winning candidates, the newly elected senators can swear themselves in and perform their job. If not, they will enrol in a training programme," she said.

On new Senate speaker selections, Ms Norarat said the issue must be thoroughly studied because it is unprecedented.