The operator of a US-based website accused of starting a rumour about a "second coup" says he had nothing to do with the report.

Dr Richard Saisomorn, who owns the dangdd.com website cited by police on Wednesday, told the Bangkok Post that reports of a second coup were posted to his site's discussion forums.

"[P]osters picked from public social media such as Facebook, Twitter and other media to repost, and asked the forum if anybody knows about that news," Dr Richard said in an email received Friday.

"But nobody knows for sure". 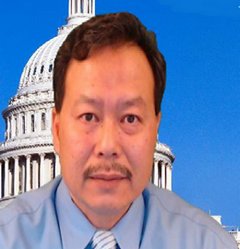 Police chief Somyot Poompunmuang claimed Wednesday his investigators had tracked the coup rumours to the website, which was immediately blocked in Thailand by the internet censors at the Ministry of Information and Communications Technology.

Pol Gen Somyot claimed that the owner of dangdd.com "spread the rumour of a counter-coup against Prime Minister Prayut Chan-o-cha". He said the report had circulated quickly online, and later was denied by many officials including the prime minister.

Dangdd.com is operated by Dr Richard, a Lao-American who lives in Oklahoma and is active in human rights issues.

"Dangdd.com is my public forum based on freedom of expression," he wrote. His online nick and email address is AmeriLao.

His website is forum-based, mostly in Thai. Its motto is "Freedom means the supremacy of human rights everywhere". There are no specific sections devoted to Thailand, but many posts dealing with human rights, including in Thailand.

He also operates an active YouTube channel, with posts and videos almost exclusively in Lao. He is associated with the Lao Times, an online newspaper.

Main subjects are Laos and Vietnam, and the Bangkok Post was unable to find original posts claiming there would be a second military coup in Thailand. There was far more coverage of the rumour on Bangkok-based forums and news sites than on the US website.

While it now seems impossible to trace the actual source of the rumour, the claim that the Oklahoma website is responsible seems unlikely.