The cabinet has approved a committee to draw up a 20-year national strategy blueprint to shore up reforms as it attempts to ensure future governments carry on with its changes.

The government hopes the plan will help keep the changes pushed by the National Reform Council (NRC) alive even during the tenure of future governments, though it denies it is trying to impose its will on them.

The 20-year strategy will cover security, the economy, social issues, legal and foreign affairs, which correspond with the work of the government's five deputy prime ministers, he said.

The cabinet on Tuesday approved the proposal submitted by the Secretariat of the Cabinet following Prime Minister Prayut Chan-o-cha's suggestion. 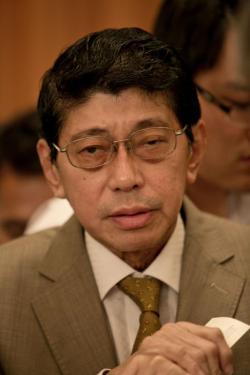 Wissanu: Document can be changed

The committee, with the secretary-general to the prime minister as chairman, will be set up to draw up the national strategy plan.

The plan will be based on the government's reform policies and reform proposals from the NRC and the National Council for Peace and Order.

Speaking after the mobile cabinet meeting in Chiang Mai, Mr Wissanu said the blueprint is of national significance so the government might have to seek royal announcement and parliamentary approval for the move.

If future elected governments have trouble implementing the strategy, they can propose changes, Mr Wissanu said, adding the government only wanted to lay a initial framework for its implementation.

"The country will have two national plans in parallel, the 20-year plan and the five-year plan of the NESDB," he said.

Infrastructure development projects such as the single and double rail track projects, the high-speed train, efforts to reduce social disparities and tackle labour issues will be included in the strategy, Mr Wissanu said.

Each stage of the national strategy will proceed in tandem with each of the NESDB's national economic and social development plans.

The implementation of the country's 12th national economic and social development plan will kick off next year.

Mr Thanin said the NESDB's economic and social development plans will concur with the 20-year strategy.

Meanwhile, the cabinet also approved a draft memorandum of intent for Thailand to sign in cooperation with Myanmar and Japan for the Dawei industrial zone development in Myanmar.

The countries will hold equal shares in Dawei SEZ Development Co while the signing ceremony will be held on Friday and Saturday at a meeting of the Greater Mekong Sub-Regional Meeting in Tokyo. Gen Prayut will also attend.

Meanwhile, a source said the cabinet has yet to consider the 10 infrastructure projects for Chiang Mai, worth more than 9.4 billion baht.

The cabinet asked for more feasibility studies first. They include a mass transit project, and second international airport in Chiang Mai.