Visitors gather for photos at the entrance to Rajabhakti Park, a lightning rod for corruption charges and political allegations. (File photo)

Graft-busting agencies will open their own investigations into Rajabhakti Park's irregularities following a Defence Ministry probe which left many questions unanswered.

"The NACC has the authority to examine the case and we are ready to act," he said, adding graftbusters would need to follow legal procedures in taking up the case.

Prayong Preeyajit, secretary of the Centre for National Anti-Corruption (CNAC),  said any new investigation should centre on commission fees demanded from foundries which were hired to cast the giant statues of seven former Thai kings at the park.

He said CNAC is also willing to investigate after the Defence Ministry reported recently on the finances behind the park's construction, but stayed shy of speaking to several key figures involved.

Mr Prayong, also secretary-general of the Office of the Public Sector Anti-Corruption Commission, said the agency would hasten its probe, adding that the commission fee demanded from foundries contracted to cast statues in the park was an illegal act.

On Dec 30, a ministry panel found there were no irregularities in the army's spending on the project.

However, the investigation left unanswered questions regarding the foundries' payments of commissions to an amulet trader who hired them to do the work, saying the panel did not have the authority to summon their owners for interviews about the alleged kickbacks.

Some of them refused to give information and others were not available.

As a result, other agencies outside the Defence Ministry are now willing to take up the probe.

Unveiling the report last last month, Gen Chaicharn Changmongkol, the permanent secretary for defence who headed the ministry's nine-member inquiry team, said the panel was authorised only to find facts about the project from personnel and documents of personnel at the Defence Ministry. 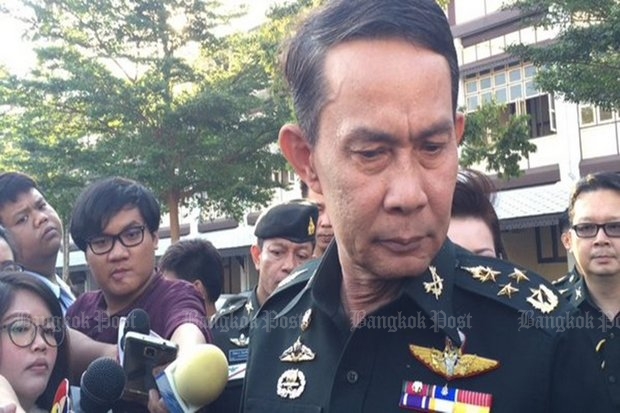 Meanwhile, permanent secretary for defence Preecha Chan-o-cha said the ministry's report would also be submitted to both the Royal Thai Army and the Office of the Auditor-General for a look.

According to the report, central budget funds and public donations worth 866 million baht were spent separately and strictly in compliance with procurement regulations.

The first portion worth more than 63 million baht was allocated from the central budget by the Budget Bureau.

The money was spent on flooring, landscaping around the park and the park's signs.

The second portion of funding was from donations of 802 million baht.

The money was used to finance the casting of the seven statues, water drainage systems and ground levelling.