Mahidol University organised a special mourning tribute to King Bhumibol Monday at the Salaya campus in Nakhon Pathom, with music by the orchestra of the school's Royal College of Music. More photos below. (Photos by Wichan Charoenkiatpakul)

Most pundits expect a difficult next several months for the Thai economy, following the passing of His Majesty King Bhumibol Adulyadej three weeks ago.

Consumer sentiment, for instance, dropped for the first time in four months in October, according to a survey by the University of Thai Chamber of Commerce at the end of last month.

Foreign investors, meanwhile, sold off a net US$514 million in Thai stocks in October, although market valuations remained relatively stable thanks to domestic purchases. The Finance Ministry has maintained its 2016 growth outlook at 3.3%, with weak consumption balanced by better-than-expected exports.

Darren Buckley, the country manager of Citi Thailand, says he is firmly optimistic about the country's prospects going forward.

"I don't want people to get the wrong impression of Thailand. Thailand is grieving. Thailand is going through a very important transition. But I am confident that Thais and Thailand will come out of this stronger, fitter and more competitive," he said. 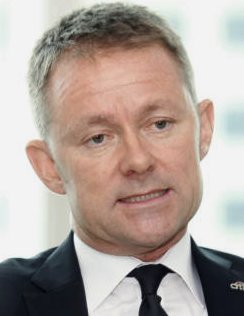 Buckley: Thailand is grieving but will emerge stronger.

He said he hoped that Thais would reflect on the tremendous accomplishments of King Bhumibol and unite together going forward.

"The King spent his entire time on the throne making difficult choices for the benefit of all Thais. He was only on one side -- the side of Thailand, the side of all individuals."

Mr Buckley said the uncertainty and "sense of intrigue" reported by some international media about Thailand's immediate future was not one he shared.

"[Prime Minister Prayut Chan-o-cha], representing the government, says that this is a time for unity. Absolutely it's the time for unity," Mr Buckley said.

King Bhumibol's 70-year-reign saw Thailand progress enormously if one considers the turmoil and change the region has witnessed.

"What happened to Myanmar, Laos, Cambodia, Vietnam and Indonesia [over the past seven decades] didn't happen to Thailand," Mr Buckley said. "People talk about Thailand and the multiple coups and political issues."

"But at the end of the day, put into the context of what has happened in the neighbourhood, all the other countries in Southeast Asia, it really is quite remarkable how under his reign, the King was able to steer and to navigate through very difficult times to bring such a high level of relative stability and prosperity to Thailand.

"And that's a remarkable legacy. It's a legacy that will live on long into the future," said Mr Buckley.

Mr Buckley said he did not believe that King Bhumibol's passing would materially affect economic growth in the near term.

"Whether we get 31.5 million tourists or 32 million this year is irrelevant. Thailand will continue to show progress for this year," he said.

Undercapacity in the manufacturing sector, Mr Buckley said, was the result of weak domestic consumption and export markets.

"But if the baht weakens a bit more, and if infrastructure investment continues to help reduce costs, it will make exports more competitive," he said.

Other initiatives, including the support for the digital economy and innovation, will also help increase Thailand's attractiveness to both foreign and private investment in the future.

In terms of political risk, Mr Buckley noted that the government roadmap remains unchanged, with elections scheduled for the end of 2017 and a return to democracy, albeit one with a "Thai flavour".

"I think that the constitution that was approved by referendum sets out a path to a democracy that hopefully can be embraced by all Thais going forward. And I feel optimistic about it."

Citi itself is set to close 2016 on a strong note, with positive signs in both the bank's retail and institutional businesses.

On the institutional side, the bank's foreign exchange and cash management businesses have been growing.

"The momentum that we've seen over the past six months should project to healthy growth through 2017," he said. 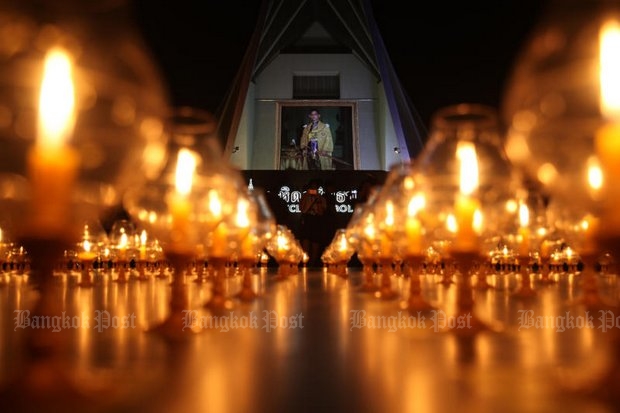 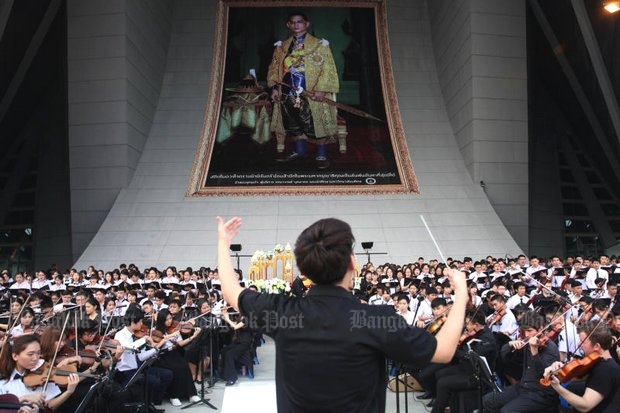