Hitler exhibition in Berlin asks: How could it happen?
Thailand
Special Report

Hitler exhibition in Berlin asks: How could it happen?

Artifacts are pictured during a media tour of the exhibition entitled 'Hitler - How Could it Happen?' about German Nazi leader Adolf Hitler in a World War Two bunker in Berlin, Germany, on Thursday. (Reuters photo)

BERLIN -- More than 70 years after Adolf Hitler committed suicide in his Berlin bunker in the final days of World War Two, an exhibition in the capital examines how he became a Nazi and what turned ordinary Germans into murderers during the Third Reich.

For decades it was taboo in Germany to focus on Hitler, although that has begun to change with films such as the 2004 "Downfall", chronicling the dictator's last days, and an exhibition about him in 2010.

The exhibition "Hitler - how could it happen" is set in a bunker in Berlin that was used by civilians during World War Two bombing raids - close to the bunker where Hitler lived while Berlin was being bombed and which is not accessible to the public. 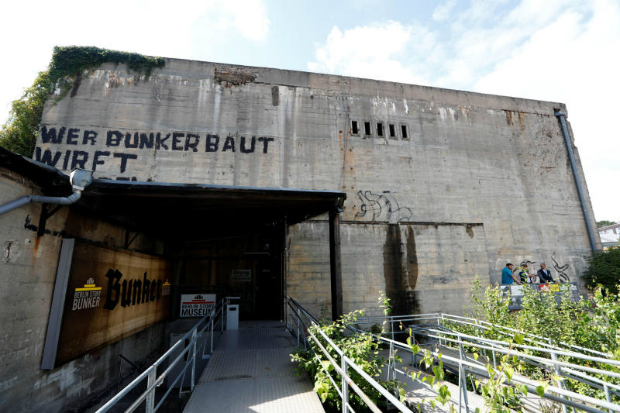 A general view shows the location of the exhibition entitled 'Hitler - How Could it Happen?' about German Nazi leader Adolf Hitler during a media tour in a World War Two bunker in Berlin, Germany, on Thursday. (Reuters photo)

It examines Hitler's life from his childhood in Austria and time as a painter to his experience as a soldier during World War One and his subsequent rise to power. Other exhibits focus on concentration camps, pogroms and the Holocaust that killed 6 million Jews.

It ends with a controversial reconstruction of the bunker room where Hitler killed himself on April 30, 1945 - replete with grandfather clock, floral sofa and an oxygen tank. The exhibit is behind glass and is monitored by camera, with visitors forbidden to take photographs. 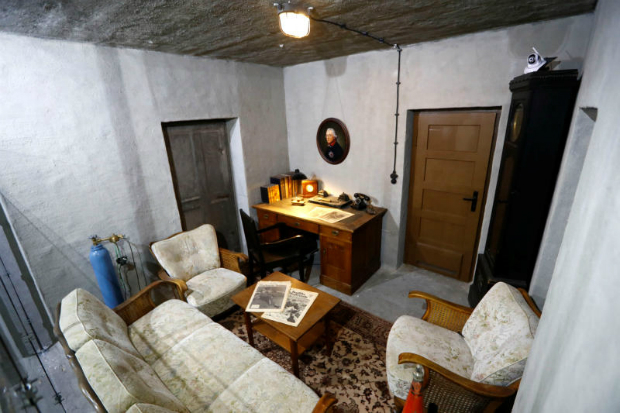 A replica of the bunker of German Nazi leader Adolf Hitler is pictured during a media tour of the exhibition entitled 'Hitler - How Could it Happen?' in a World War Two bunker in Berlin, Germany,

Exhibition curator Wieland Giebel, 67, said he had been accused of "Hitler Disney" for putting the room on show. But he defended the decision, saying the exhibition focused on the crimes carried out by Hitler's regime, adding: "This room is where the crimes ended, where everything ended, so that's why we're showing it."

He said he had been asking how World War Two and the Holocaust came about ever since playing in the rubble of post-war Germany as a child, and said the exhibition attempted to answer that question.

"After World War One a lot of Germans felt humiliated due to the Versailles Treaty," Mr Giebel said, referring to the accord signed in 1919 that forced defeated Germany to make massive reparation payments.

"At the same time there was anti-Semitism in Europe and not just in Germany ... and Hitler built on this anti-Semitism and what people called the 'shameful peace of Versailles' and used those two issues to mobilise people," he added. 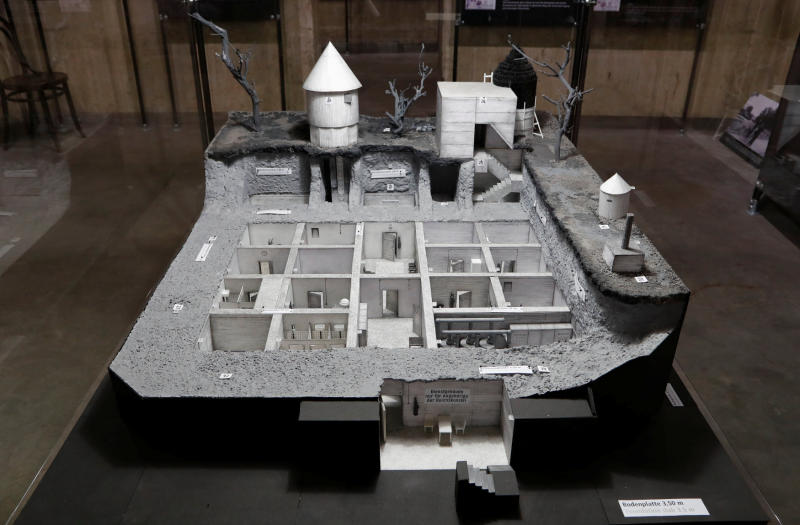 A mock-up of the original bunker office of German Nazi leader Adolf Hitler is pictured during a media tour of the exhibition entitled 'Hitler - How Could it Happen?' in a World War Two bunker in Berlin, Germany, on Thursday. (Reuters photo)

Mr Giebel, who has a personal interest in the topic because one of his grandfathers was part of a firing squad while the other hid a Jew, said he also wanted the exhibition to show how quickly a democracy could be abolished and make clear that undemocratic movements needed to be nipped in the bud.

He said the exhibition showed some Germans became Nazis as they stood to gain personally when the property of Jews was expropriated, while others were attracted to the Nazis because they were unhappy about the Versailles Treaty and "followed Hitler because he promised to make Germany great again".

The exhibition, which features photographs, Hitler's drawings, films portraying his marriage to longtime companion Eva Braun, and a model of Hitler's bunker, has attracted around 20,000 visitors since opening two months ago.