Wat Bowon Niwet, where the ashes of King Bhumibol Adulyadej are enshrined, is steeped in centuries-old royal culture

Within walking distance from Bangkok's popular Khao San Road in Phra Nakhon district is one of Thailand's most important temples -- Wat Bowon Niwet. Since Oct 29, many have flocked to the temple to pay respects to the ashes of King Bhumibol Adulyadej, enshrined in the base of the principal Buddha image, Phra Phuttha Chinnasi.

The king was ordained and spent his monkhood at the temple for 15 days from Oct 22 to Nov 5, 1956. Worshippers can also see and learn about several other objects, especially those related to the late king and the Chakri Dynasty.

This temple is one of the two to have special privileges because it is King Rama IX's symbolic temple, and the other -- Wat Ratchabophit -- is home to the royal cemetery. Wat Bowon Niwet is of historical and religious importance because it has housed four supreme patriarchs, and numerous kings and royals spent their monkhood there. King Bhumibol supported the temple in various ways, including sponsoring restorations and donating Buddha statues and aerators for water treatment.

Wat Bowon Niwet is a first-class royal temple, located within the city wall. It was rebuilt by Somdet Phra Bowonratchao Mahasakpollasep, the viceroy of King Rama III, during 1824-1832, and called Wat Mai meaning "New Temple". When the viceroy passed away in 1832, King Rama III wanted to give the title to his half-brother Prince Mongkut, who would become King Rama IV. 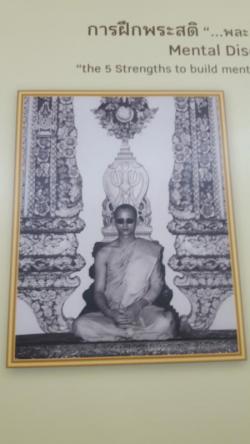 However, the prince was a monk at the time and the king asked him to move from Wat Samorrai (Wat Rachathiwat) to Wat Mai, and allowed him to select and bring anything he wanted from the Front Palace, the viceroy's residence, to Wat Mai. These items include the Front Palace's Tripitaka (Buddhist Canon) scriptures with gilded, carved ivory or mother of pearl covers.

Wat Bowon Niwet is extraordinary because it has two ubosots (ordination halls) -- one of its own and the other one belonging to Wat Rangsi, an old temple which was merged into Wat Bowon Niwet in 1915.

At the entrance of the temple, there is a pavilion for kings to change before entering. Stepping past the kamphaeng kaeo (walls around the ubosot), there is a sema stone (demarcation stone) attached to the front exterior wall.

Rows of pillars line the length of the ubosot. The pillars reflect six kinds of people. The ubosot also houses the principal Buddha statue, Phra Phuttha Chinnasi, in the "subduing mara" posture in Sukhothai style. Behind it is another Buddha image known as Phra To, or Phra Suwannakhet.

On the right side of Phra Phuttha Chinnasi is the Phra Phuttha Sayamabhiwatbophit in the "walking posture". It is one of the four Buddha statues commissioned by the late king to commemorate his 50th birthday. The four statues were moulded at Wat Phra Kaew, or the Temple Of The Emerald Buddha, on Nov 1, 1977. 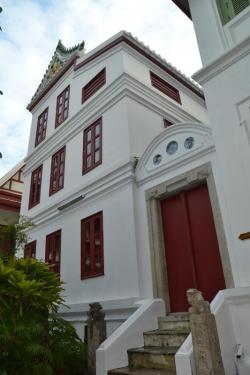 Phra Tamnak Punya is one of the two royal mansions in which King Bhumibol stayed during his monkhood in 1956. It is tradition for all monarchs and royals who are ordained, including King Rama V, King Rama VI, King Rama VII, King Bhumibol and His Majesty King Maha Vajiralongkorn Bodindradebayavarangkun, to stay in Phra Tamnak Punya on the first night. This royal mansion is a three-storey Western-style building commissioned by King Rama III for King Rama IV to reside in throughout his monkhood. On the exterior wall of the mansion is a stone inscription with King Rama IV's words forbidding the entry of women. Inside the mansion is Phra Phuttha Narawantabophit, the Buddha statue in the 'stopping the ocean' posture commissioned by King Bhumibol on Dec 5, 1956, and given to the temple in memory of his 15-day monkhood.

This one is 172cm tall, as tall as the king, and denotes that King Bhumibol had then reigned for 10,000 days and visited his subjects in rural areas nationwide to ensure their well-being. It was brought here on the king's command. The other three statues are in the postures of "stopping a quarrel among relatives", "meditation" and "meditation while being protected by a naga".

Phra Tamnak Phet has a statue of King Rama IV, formerly kept in the Phra Nakhon Khiri Palace, Phetchaburi, which was damaged by a thunderbolt in 1960. The statue was repaired by King Bhumibol and relocated to Phra Tamnak Phet on July 6, 1963, in a ceremony presided over by him.

Behind the ubosot is Phra Maha Chedi or the main pagoda that is about 11m tall and is round. It enshrines the Lord Buddha's relics.

In brief, Wat Bowon Niwet is worth admiration due to its historical significance, exquisite Buddhist architecture and art, and the existence of the ashes of King Rama VI and King Rama IX. This temple is symbolic of these kings, who are always in the hearts of the Thai people. 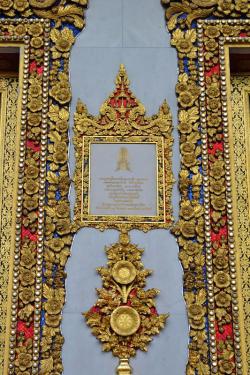 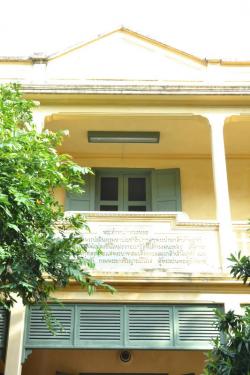 Connected to Phra Tamnak Punya is Phra Tamnak Song Phrot, a royal mansion where King Bhumibol stayed during his monkhood at Wat Bowon Niwet. This European-influenced two-storey building with nine rooms was constructed in 1890 during the reign of King Rama V. Its upper floor sports stucco art on its balcony and gables that resemble neoclassical architecture. It enshrines the symbolic Buddha statue of the former abbot and supreme patriarch Krom Phraya Vajirayanvaroros, moulded on the royal command of King Rama VII. 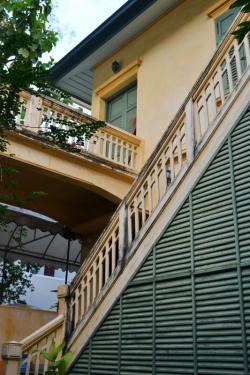 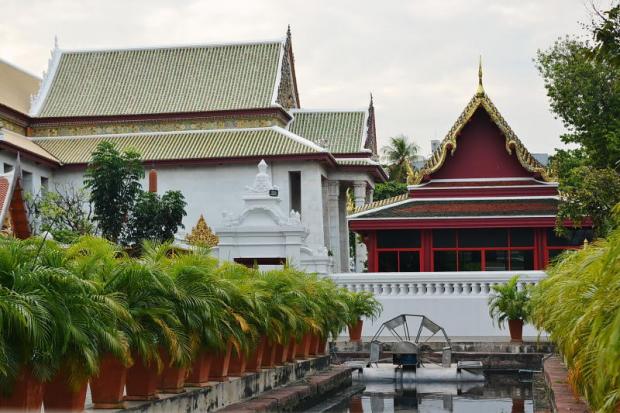 King Bhumibol planted a teak tree behind Phra Tamnak Punya when he was a monk in 1956 and a cannon ball tree following the kathin robe presentation ceremony in 1968. He also donated the first aerators he invented to the temple. Pichaya Svasti 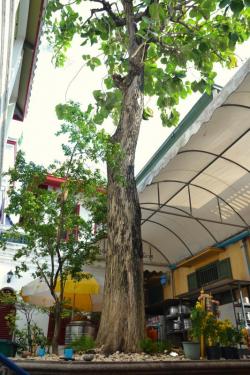 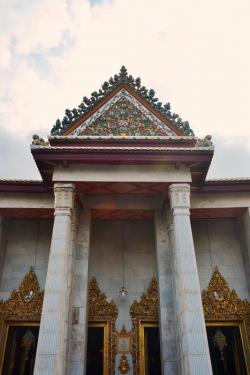 The ubosot in Wat Bowon Niwet is a Thai-style brick building with a two-tiered roof that has three gables and covered with Chinese-style tiles. All the gables sport similar motifs that depict a sword on a footed plate under a Phra Maha Mongkut crown in memory of King Rama IV and surrounded by gilded and mirror glass peony flowers. The windows and doors are decorated with gilded, mirror glass and stucco peony flowers while the door frames are made of teak wood. The lower parts of the ubosot's interior walls have murals of Buddhist traditions and the people's daily lives. The upper parts are 16 Western-style paintings of Buddhist puzzles and teachings about the merits of the Buddha, dhamma and monks. This is believed to have been painted by famous monk artist Khrua Inkhong during the time King Rama IV spent his monkhood at the temple. Pichaya Svasti 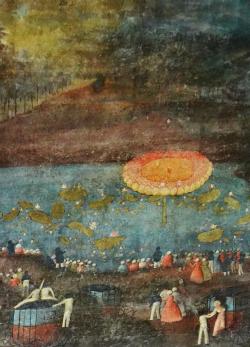 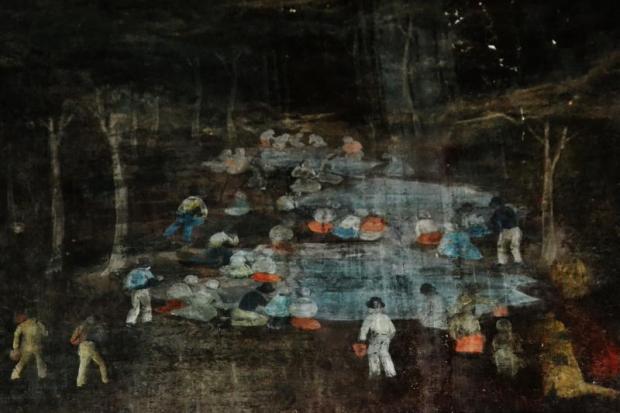 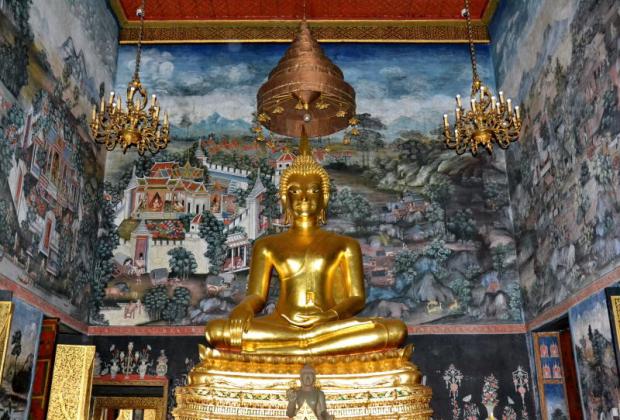 Wihan Phra Satsada is a two-storey brick building surrounded by a balcony. It has a two-tiered roof and its two gables depict the Phra Maha Pichai Mongkut, the grand crown for a king. It was commissioned by King Rama IV in 1866. Inside are two major Buddha statues Phra Satsada, a statue in the 'Subduing Mara' posture from Wat Phra Si Rattana Mahathat in Phitsanulok, and Phra Saiya, a reclining Buddha image depicting the Lord Buddha's death. On the interior walls are murals of 13 kinds of monks' pilgrimages, Chinese-style offerings, and the Lord Buddha's death and mourners. Pichaya Svasti 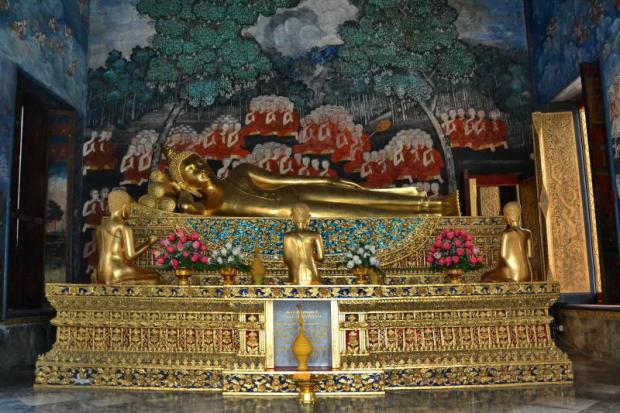 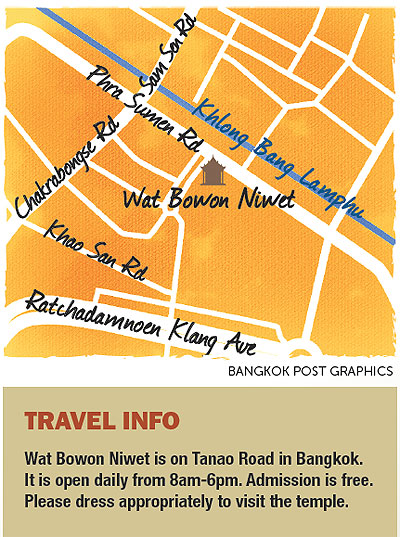