A good place to start your Helsinki holiday is Mannerheimintie Street, a main throughway which is home to a number of popular sites like the Central Railway Station, an architectural gem dating back to 1919 that features a 48-meter-high clock tower, and the nearby equestrian statue of Marshal Mannerheim.

Essential art curations include the Finnish National Museum, with its superb historic collection by Finnish and foreign masters including Rembrandt and Van Gogh, the Finnish National Museum and the amazing Kiasma Museum of Contemporary Art. The Seurasaari is a unique open-Air museum that features actual vintage timber-built structures and interior sections which have been painstakingly moved from their original rural locations. The fascinating exhibit depicts everyday life during the 17th to the early 20th centuries, and includes a church built in 1686.

Helsinki is home to a number of architectural wonders, including the city’s main concert and convention venue Finlandia Hall, built in 1971. Overlooking the picturesque Töölö Bay, the building is known for its visually striking hardwood and ceramic details, Italian marble façade and wide Venetian staircase, along with exceptional performance hall acoustics. But Finland’s most popular architectural sight is Temppeliaukio Church, constructed inside of a gargantuan block of natural granite. Built in 1969, the ‘Rock Church’ features a dramatic domed copper roof and interior illuminated by a mosaic of 180 glass panes, while the excellent acoustics make it a popular concert venue. 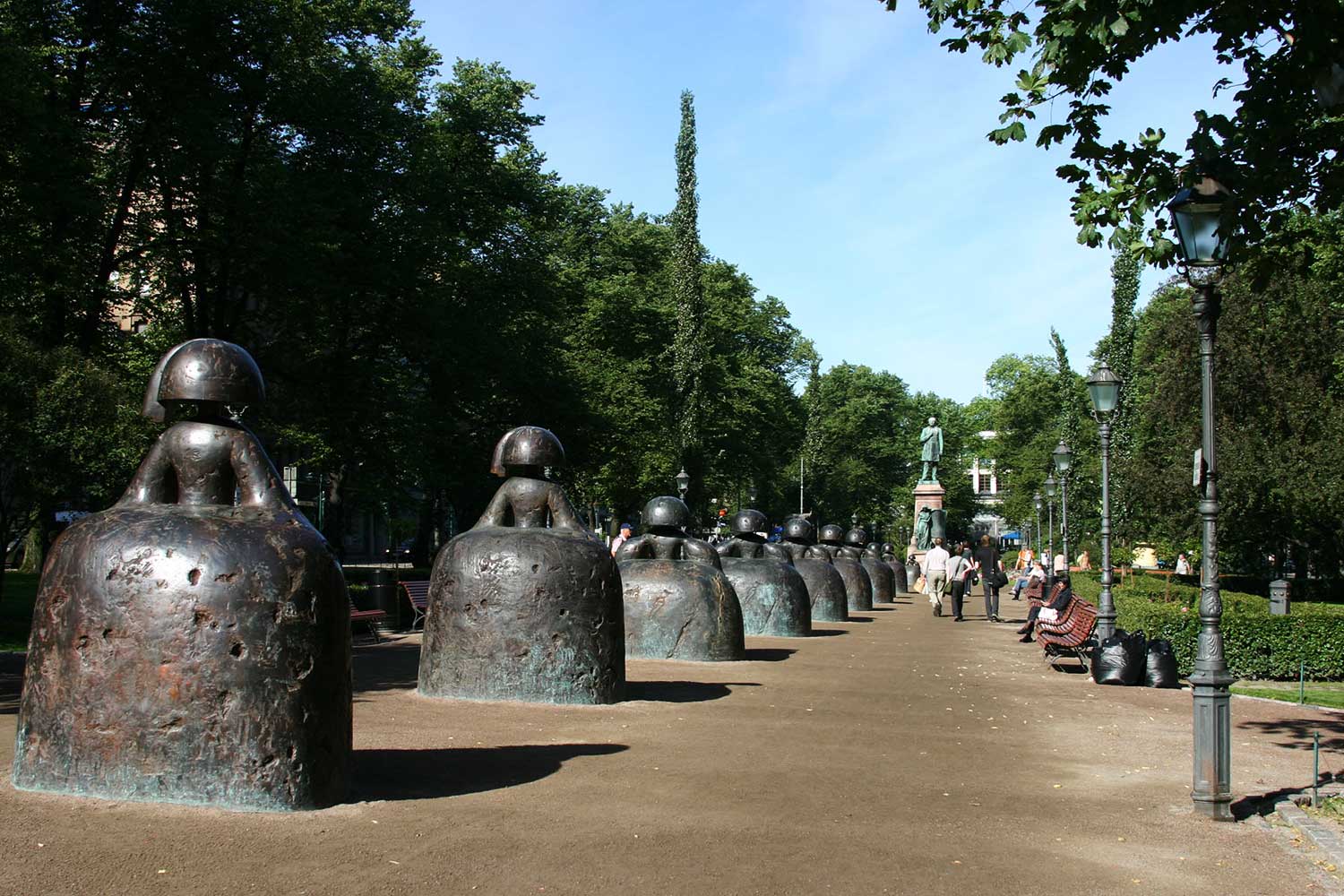 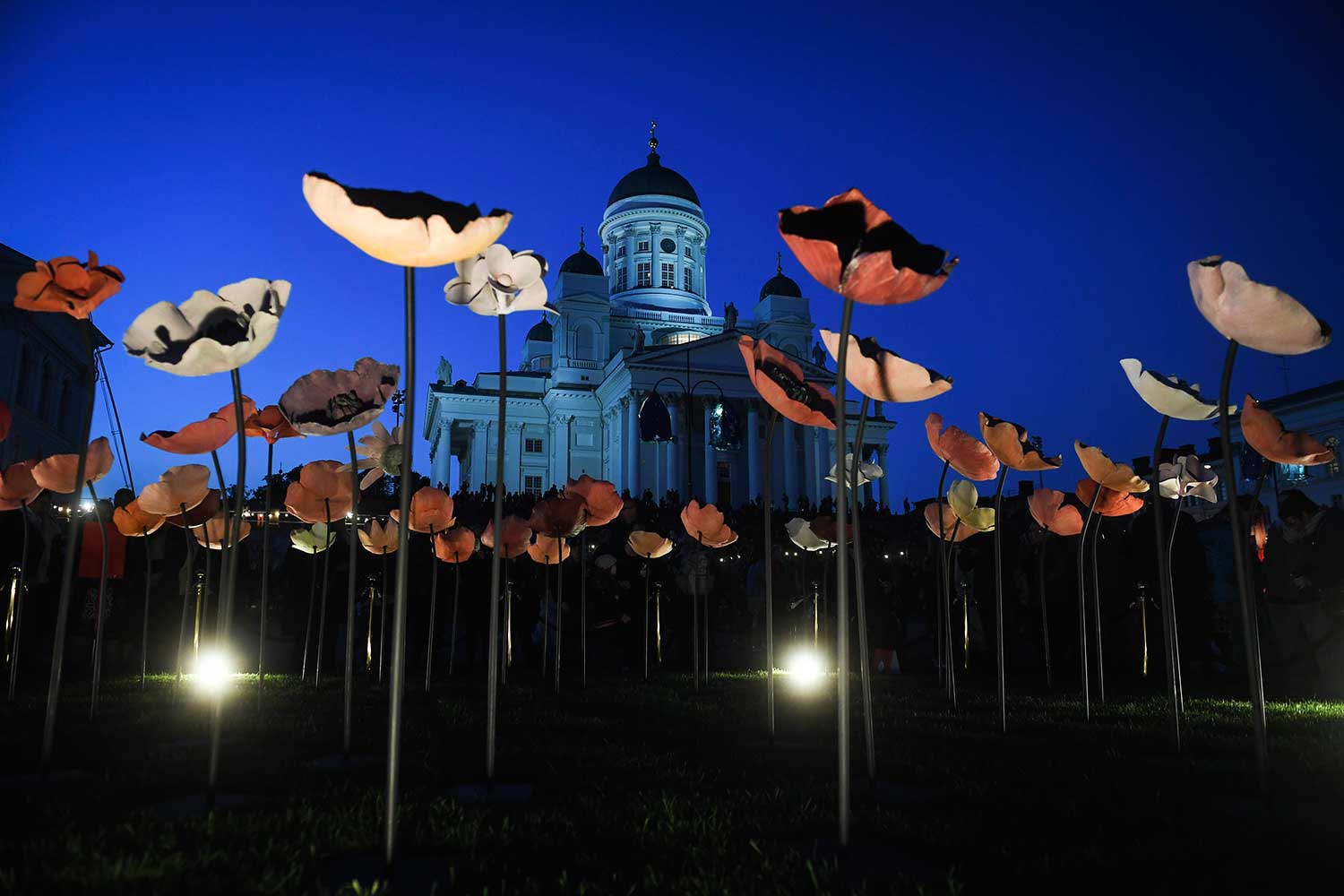 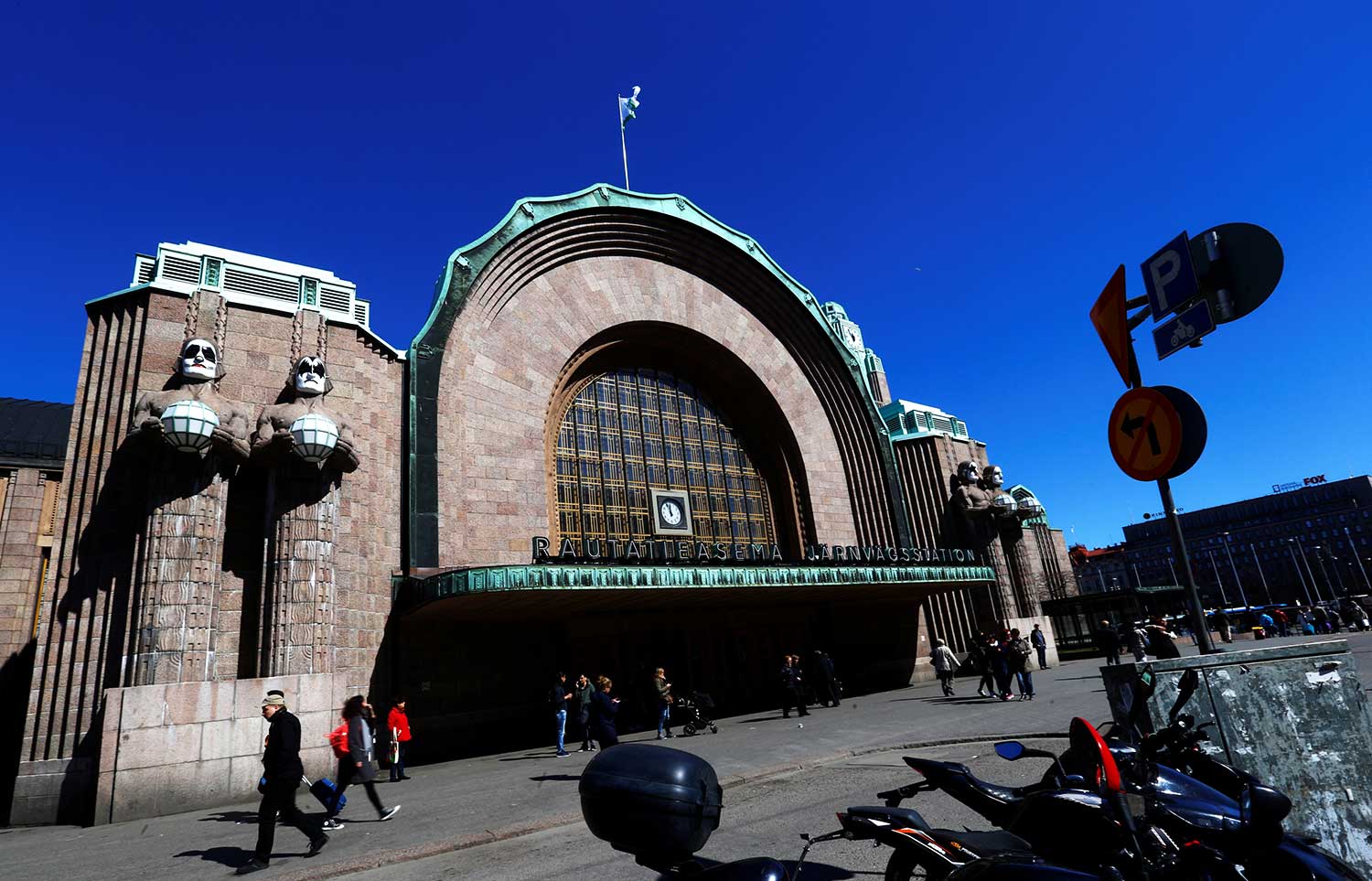 The city’s flat geography make it ideal for pleasant strolls and biking around town, while public transport is very reliable, with routes that make for innumerable possibilities for day-trips. A highly recommended outdoor attractioln, the sprawling Central Park features over ten sq. km. of wild woodlands with lots of bike paths, walking trails and even a vast area for cross-country skiing.

In testament to the importance Finnish society places on quality of life, Kamppi Chapel of Silence is located in a corner of the bustling Narinkkatori square in Helsinki, at the entrance of the Kamppi shopping centre. The Chapel is intended to be a place where people can have a moment of calming silence amidst the hustle-bustle of this always-busy part of town.

During the warm summer months the city’s coastline is popular among sun worshippers, especially Hietaniemi Beach – dubbed ‘The Copacabana of Helsinki’ – where activities like kayaking, canoeing and even a traditional public sauna are offered.

Some highlights of Helsinki’s active nightlife scene include the stylish Livingroom at Klaus K design hotel, with its namesake décor twist that gives the venue a unique domestic vibe, along with popular dance venues Kaiku, Kuudes linja and Siltanen, known for their lively party ambience and wildly chic dancefloor displays. A long-time mecca for hard rock aficionados, Semifinal sports a grungy, leather & jeans vibe and stages ongoing live acts from around Europe. 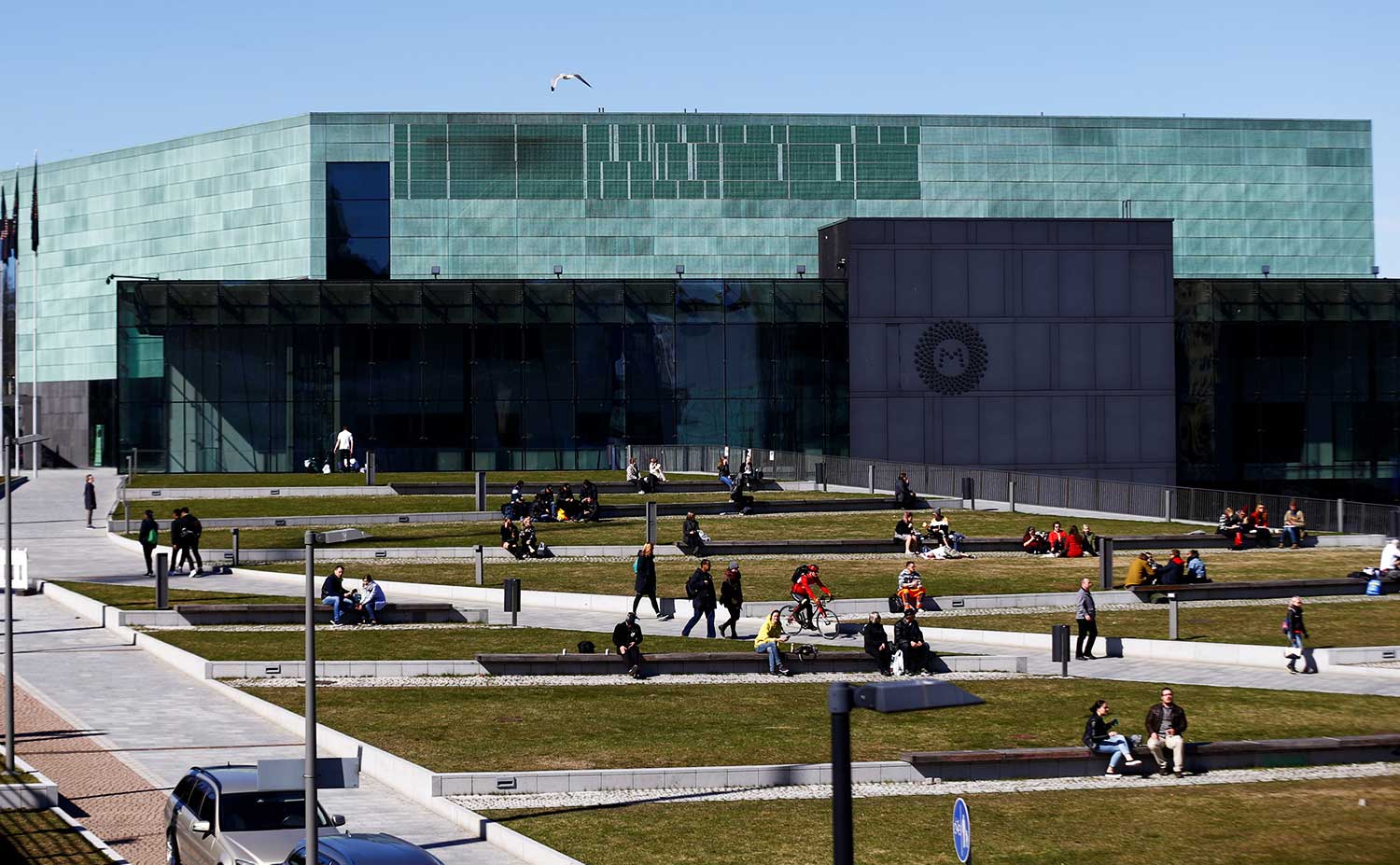 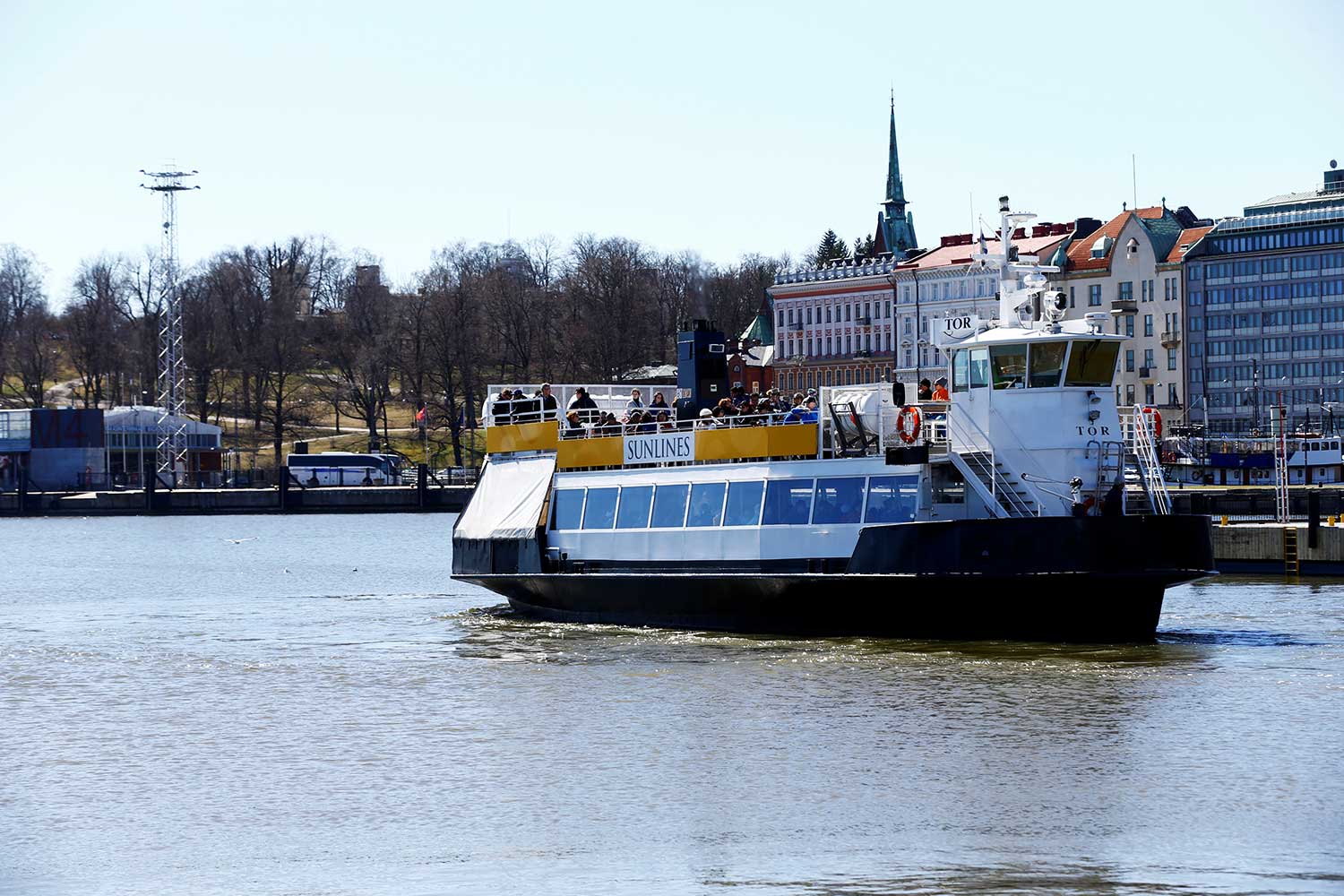 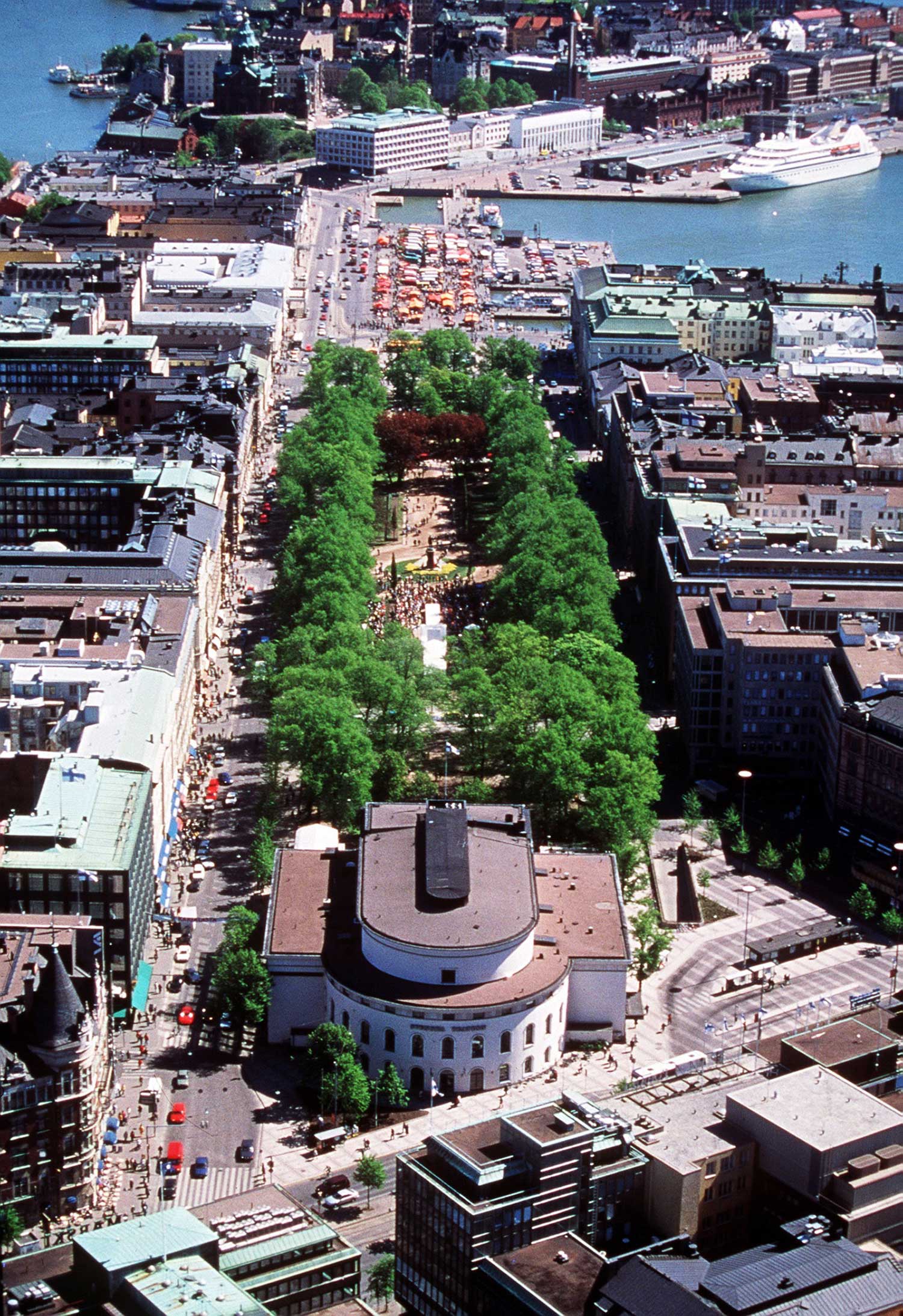 Finland is known for its fine glassware, and the country’s premier glass and ceramics maker is iittala. The brand’s flagship store, located in the scenic Esplanadi (esplanade) district, is a must-visit spot for those looking for high-quality souvenirs or gifts. Among the most in-demand items are those by legendary glass designers like Oiva Toikka and Alvar Aalto, creator of the still-popular Savoy vase which was first produced in 1936.

Although Finnish and Swedish are Finland’s two official languages, English is widely and fluently spoken, so language is never a problem for visitors. 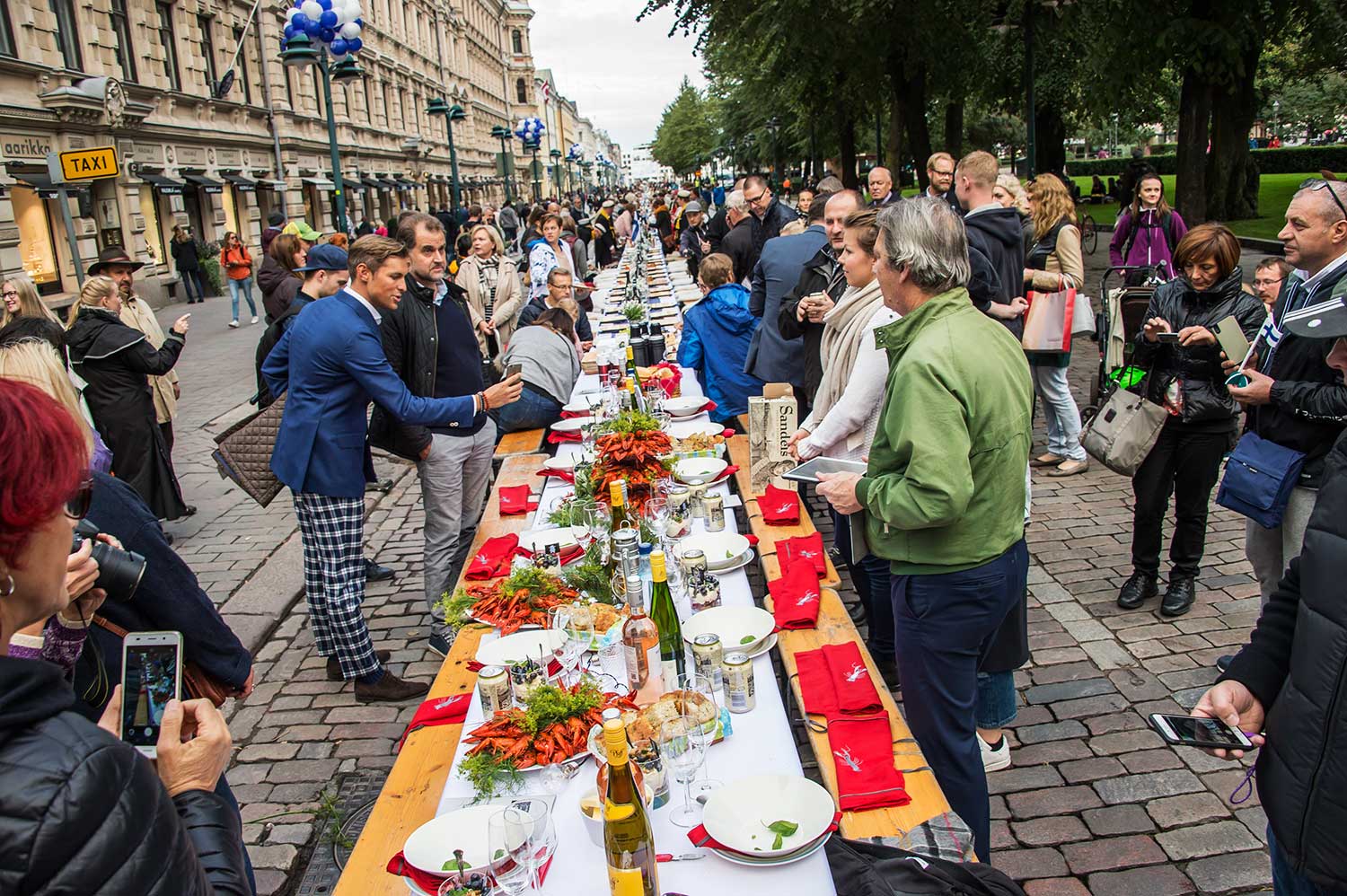