Virtual dose of history and culture

With tourist attractions closed, a new website by the Fine Arts Department lets you explore 12 historical parks from the comfort of home

Amid the ongoing Covid-19 crisis, we've been secluded at home for a few months and experienced travel restrictions as tourist attractions and entertainment venues remain closed. 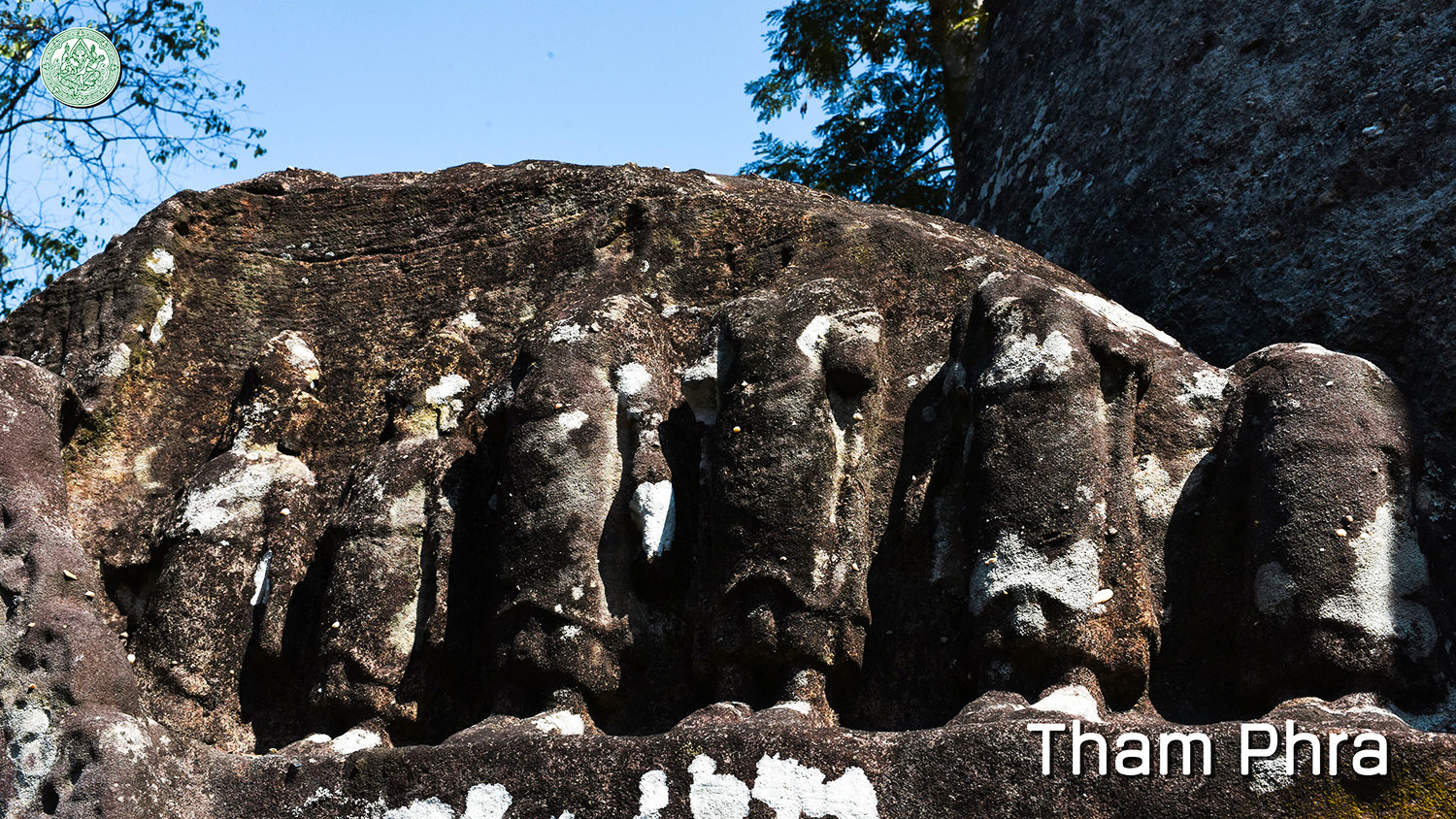 Looking out the window, I sometimes imagine having Doraemon's Anywhere Door that can teleport globetrotters to multiple places would be entertaining.

However, in reality, one thing that I can actually do is enjoy virtual tours to interact with the outside world during this tough time. Recently, the Fine Arts Department launched a new website virtualhistoricalpark.finearts.go.th, which allows visitors to explore 12 historical parks throughout the country such as Si Satchanalai Historical Park, Ayutthaya Historical Park, Sukhothai Historical Park and Kamphaeng Phet Historical Park.

Using advanced multimedia technology, it is designed to resemble an audio guide in Thai and English, including animated cartoons for kids, video clips, photographs, e-books and diagrams so that people of all ages can easily learn about Thailand's rich history and cultural heritage.

"Following preventive measures, historical sites and museums temporarily remain closed to contain the Covid-19 outbreak, so the Fine Arts Department has utilised innovation and advanced information technology to provide the public with easy access to knowledge and cultural heritage on an online platform. Even if people want to stay home, this is an effective service that can help them save money," said Prateep Pengtago, director of the Fine Arts Department.

Our virtual sightseeing tour begins in the Northeast, which is home to Phu Phra Bat Historical Park where pre-historic paintings depict wildlife, farming and religious rites dating back over 2,500 years to 3,000 years. Standing 320m to 350m above sea level in Udon Thani, the park occupies 3,430 rai and houses 76 historical attractions that reflect the influence of Dvaravati and Khmer civilisations. 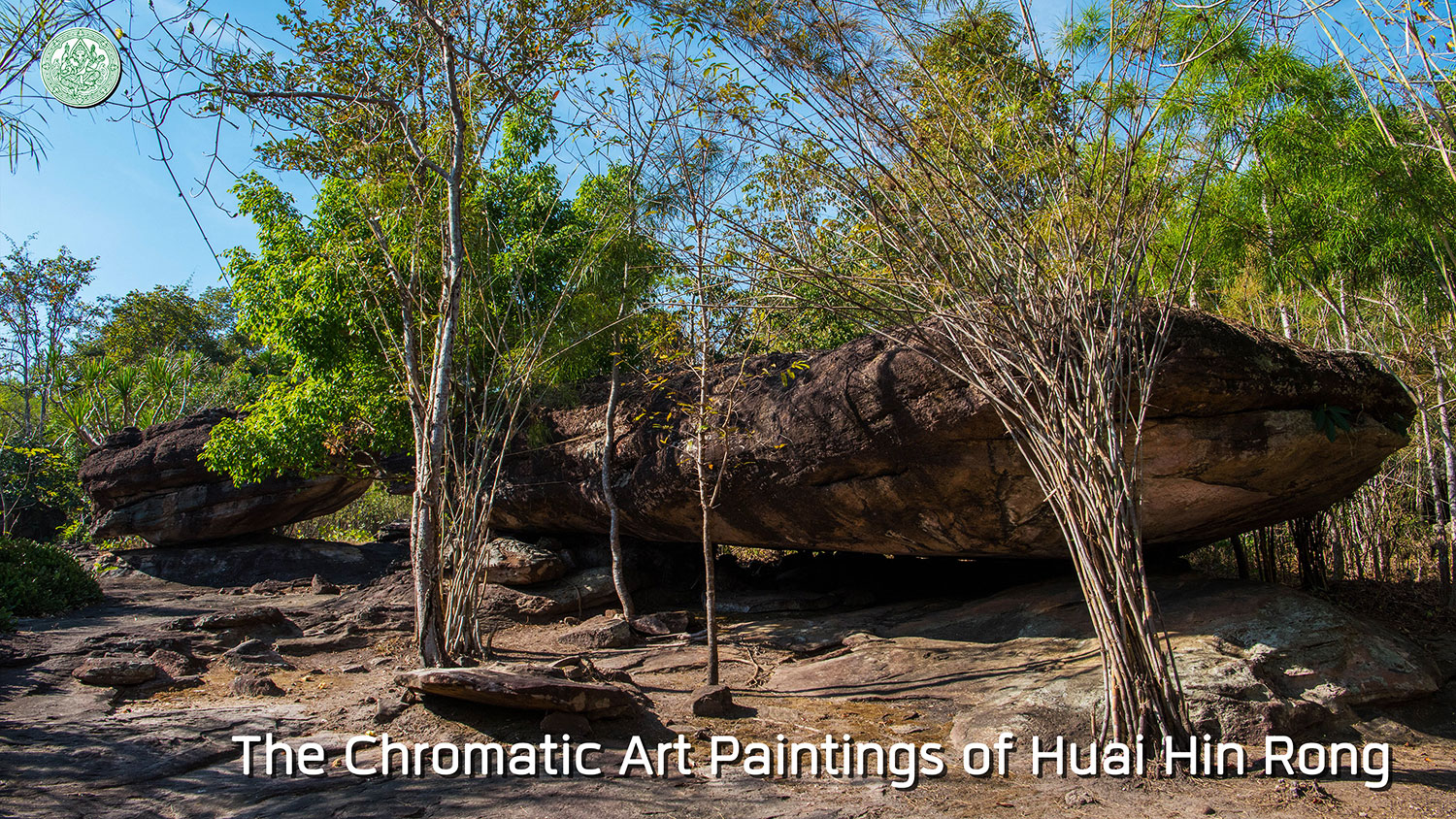 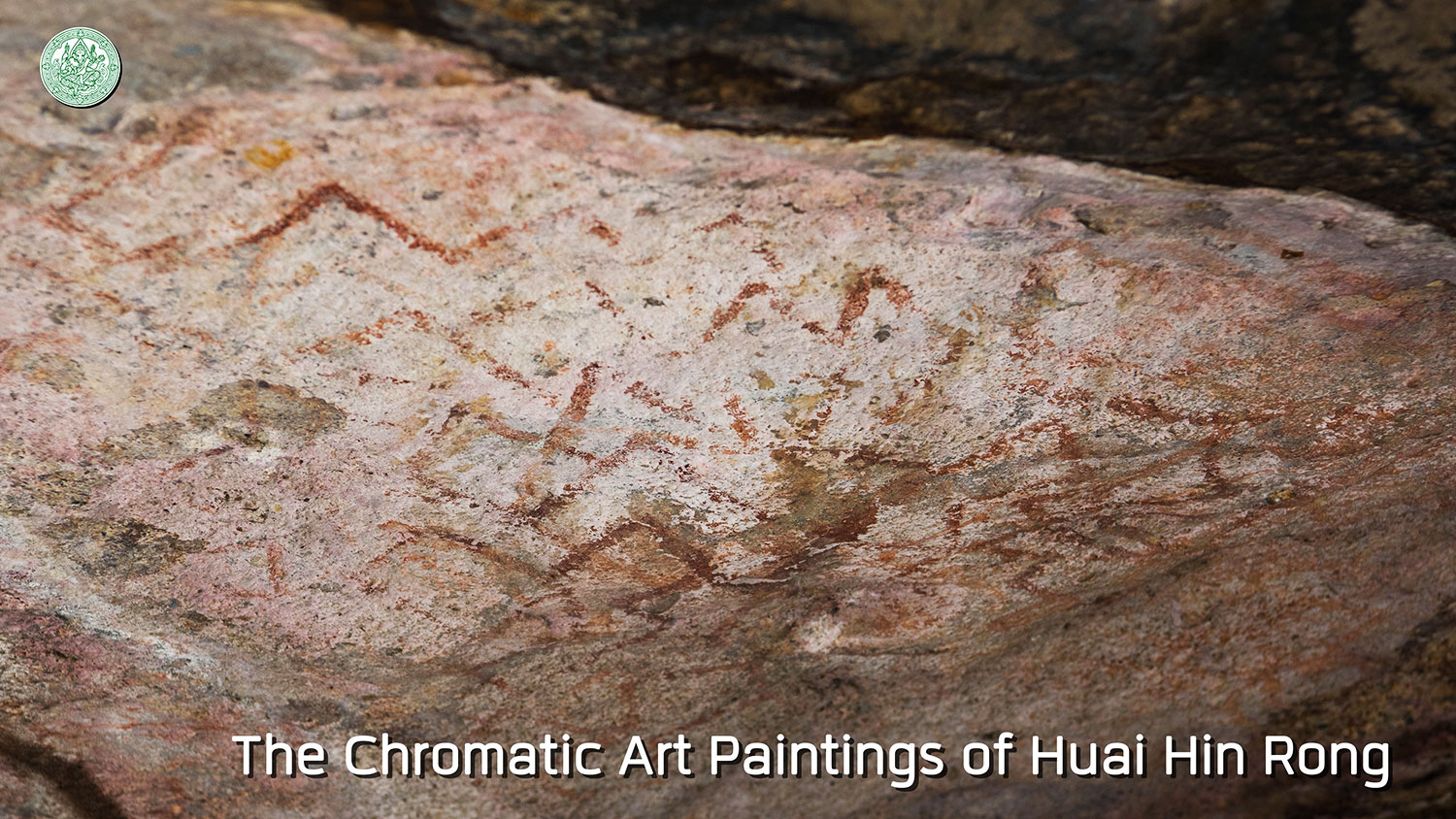 For instance, the Buddha Images Cave -- which was naturally formed by sandstone and erosion shaping its roof -- houses Buddha images and has become a spiritual place for Buddhist pilgrims. Scrolling up and down, visitors can see a statue of a Dvaravati-styled seated Buddha image under a wood gable adorned with floral and rosary motifs. There is also a series of six Buddha images standing on a lotus and adorned with yellow robes and short loincloths, reminiscent of Bayon-style Khmer art from the 18th century.

Inspired by the Phra That Phanom stupa, Wat Phra Phutthabat Bua Bok was built by Phra Ajarn Srithat Suwanamajo between 1920 and 1936 to enshrine Buddha's footprint. Another highlight is the rock shelter of Huai Hin Rong, showcasing 2,500-year-old multi-coloured paintings depicting geometry such as parallel curves, zigzags, straight lines, triangles and a rhombus.

Also on view are prehistoric murals on the walls of the Cattle Cave, depicting a mouse deer and humpback cattle walking in a row while the Human Cave boasts archaic red paintings of seven humans with genders indicated by male sexual organs or long hair as well as the actions of stepping, spreading legs and arms.

In Buri Ram, visitors can continue their journey at Prasat Muang Tam in Buri Ram. According to archaeological research, this ancient Hindu sanctuary was built between the 16th and 17th centuries to pay homage to Shiva and served as the home of a large community with antique pottery and green porcelain buried beneath the ground. Following Cambodia's fall in the late 18th century, it was abandoned before being rediscovered in 1901 by a French explorer. 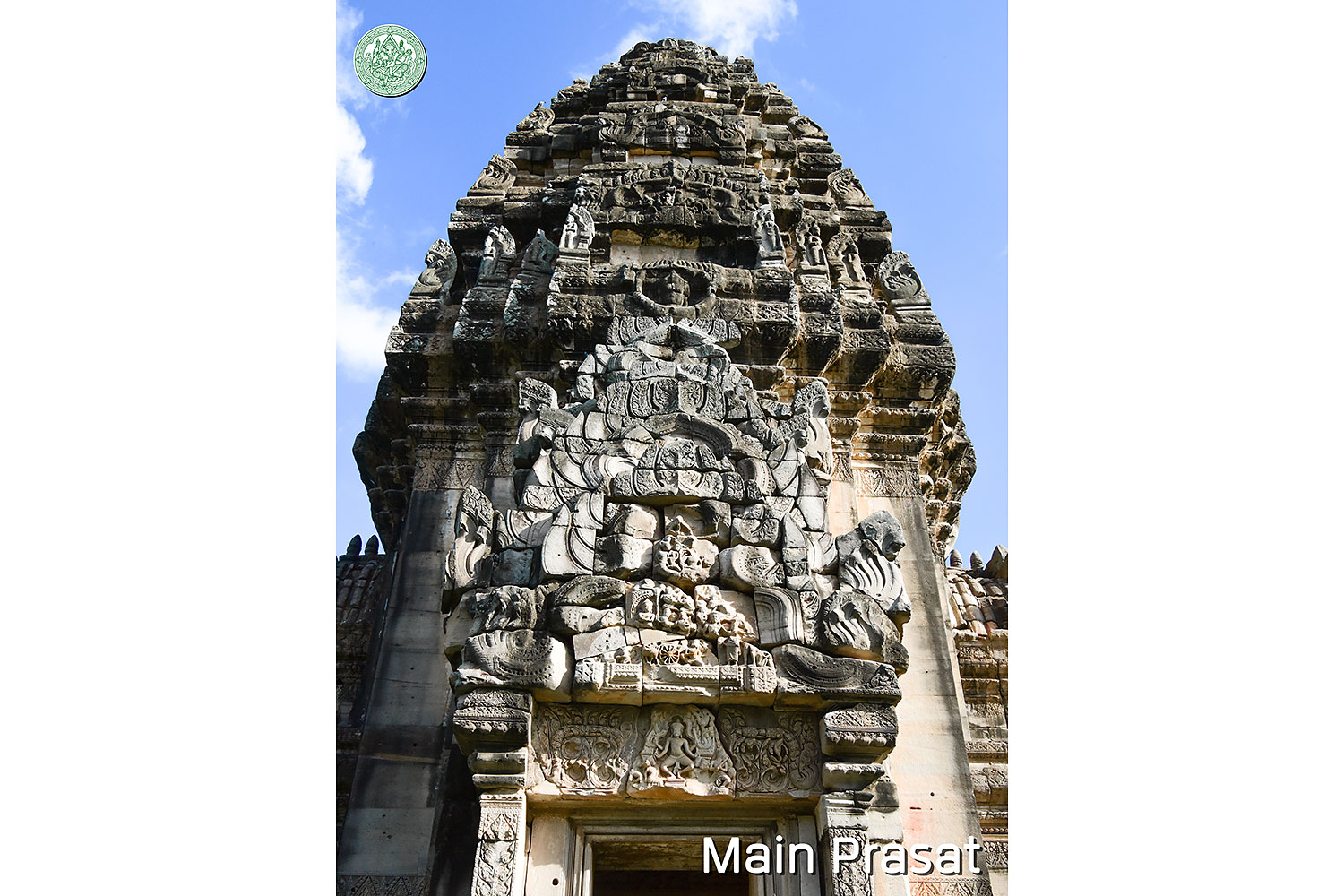 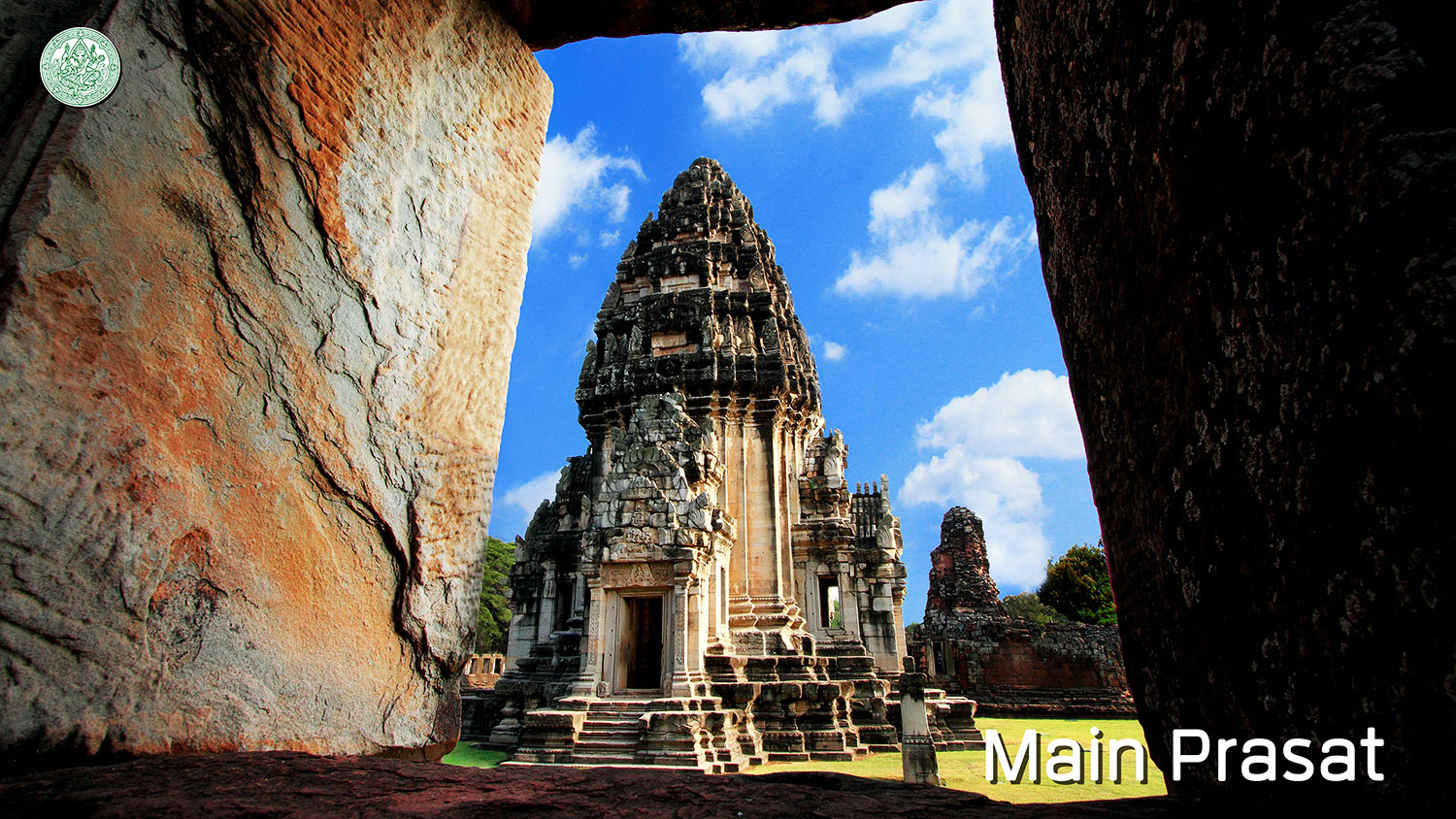 Standing on a laterite base, the compound is home to five main brick Bayon-style pagodas to enshrine the statues of Krishna, Indra and Shiva with Uma Devi riding the bull Nandi. The walkway is flanked by 35 pillars known as Sao Nang Rieng whose tops are shaped like lotus buds. According to Hindu and Buddhist beliefs, the five-headed Naga bridge was created to connect the Earth and heaven and its centre is adorned with an eight-petal flower petroglyph to represent eight Hindu gods.

Next, imagine yourself standing in front of Phimai Historical Park in Nakhon Ratchasima admiring the grandeur of the largest Khmer-style stone sanctuary in Thailand. This ancient town is surrounded by moats and ramparts with a hospital and traveller pavilions built during the reign of King Jayavarman VII. Prasat Hin Phimai showcases the first-class craftsmanship of the mid-16th century and how it was a major gateway from the Mun River basin to Angkor Wat in Cambodia.

In the middle of the green courtyard, a sanctuary complex was built with white sandstones and features a chamber on a lotus-shaped base, a relic room, and a Hindu shrine. On each side of the roofs, guardian deities representing the four cardinal directions of north, south, east, and west keep vigil, while Naga heads are placed on the corners.

Situated on the southeast of the sanctuary, Prang Brahmathat was built from laterite in the 18th century with white sandstone used in some parts to strengthen the structures. Inside, it houses a pair of large sandstone statues of King Jayavarman VII and a kneeling female, who is believed to be Phra Nang Chai Raja Thewi, King Jayavarman VII's wife. They are now on display at the Phimai National Museum.

Located to the southwest, the Red Stone Temple with four porticos was built in the 17th century and a carved sandstone lintel on the north archway recounts the Mahabharata epic and the tale of Khrisna hunting wild boars. 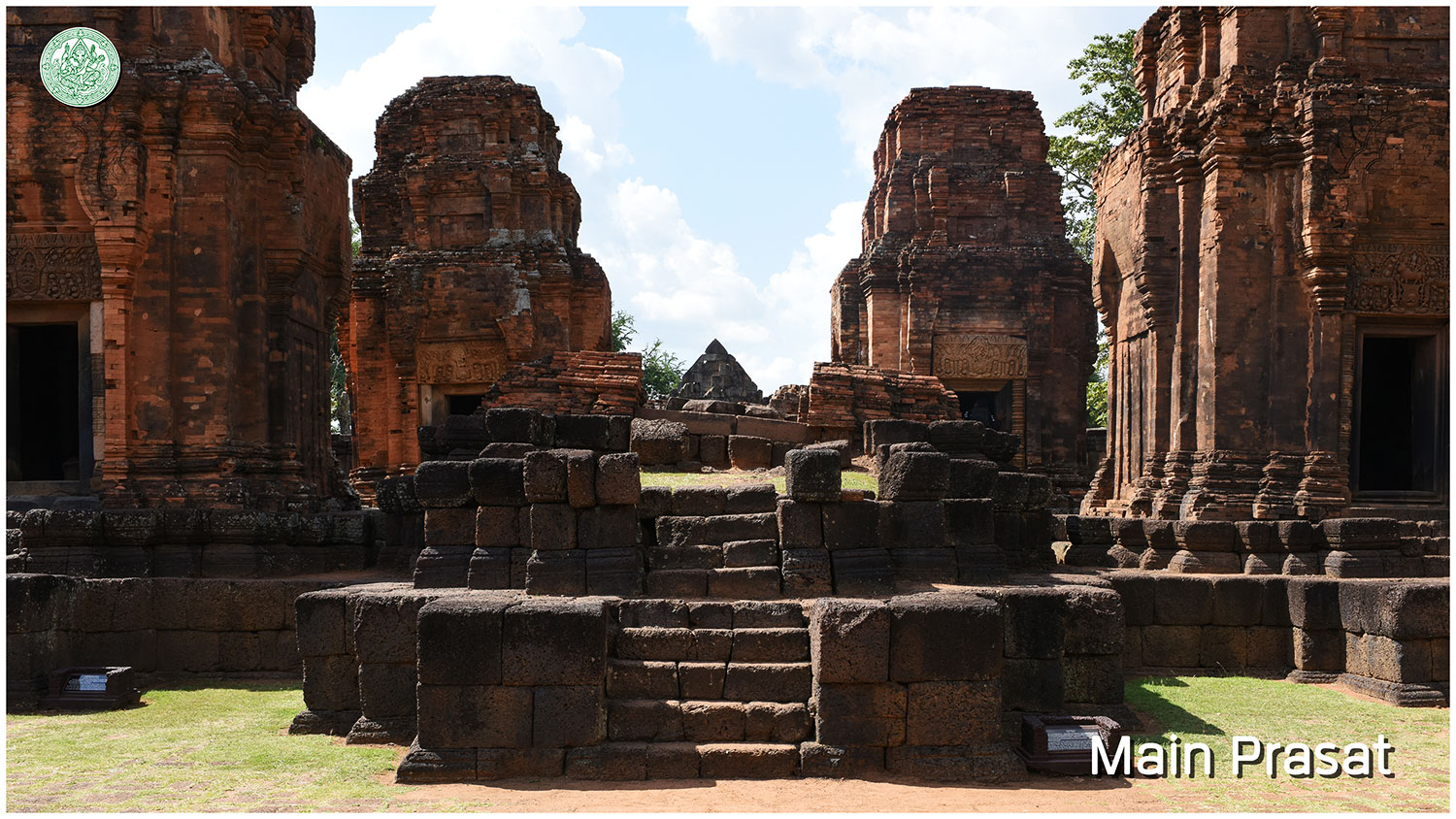 Prasat Muang Tam in Buri Ram was constructed between the 16th and 17th centuries to pay homage to Shiva. 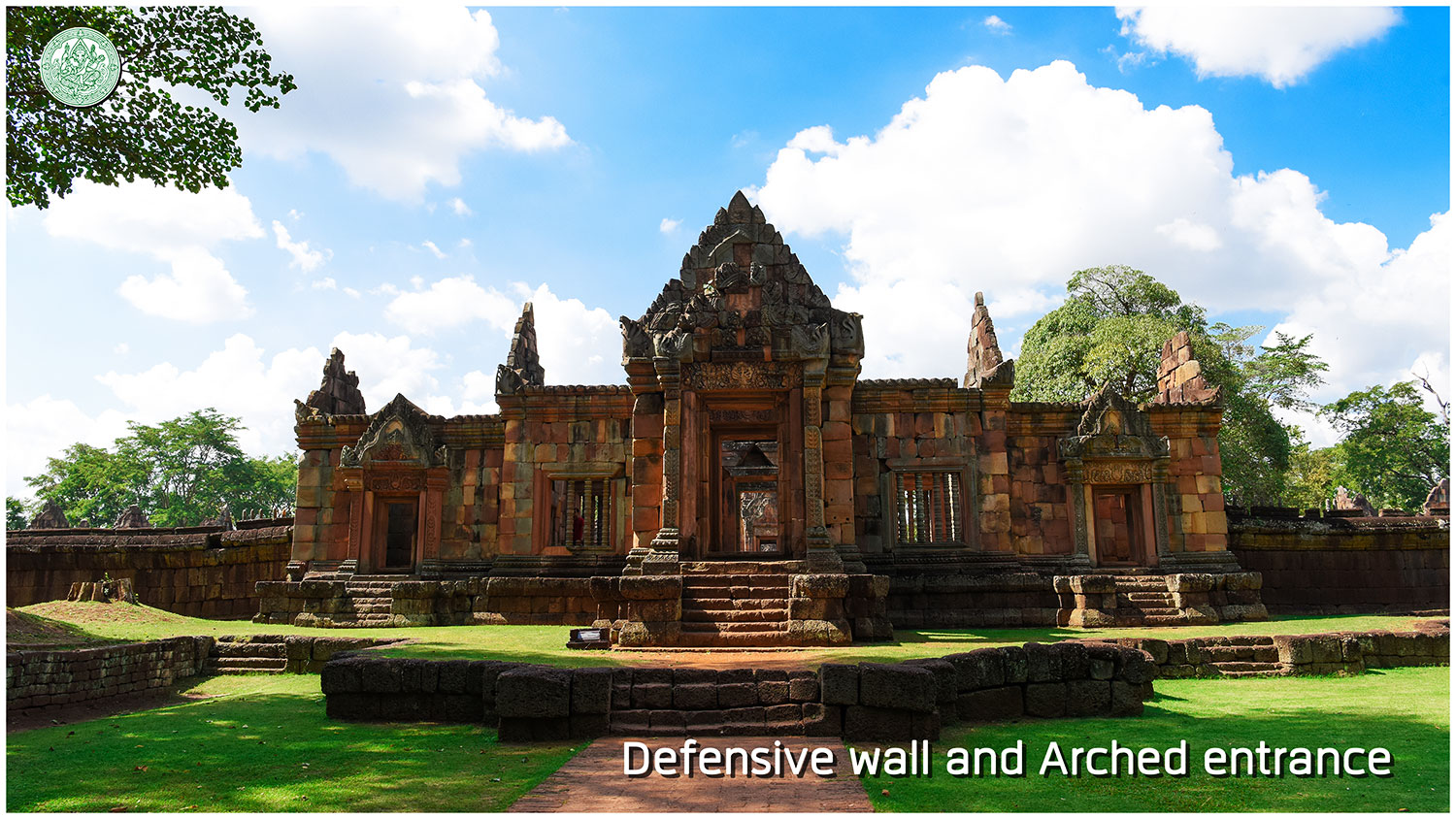 The defensive wall of Prasat Muang Tam was crafted from laterite.

Heading south, Phra Nakhon Khiri in Phetchaburi was erected in 1859 by King Mongkut to serve as a royal palace before King Chulalongkorn turned it into a summer residence in 1883.

Standing on a hilltop, it is home to the Wetchayan Wichian Prasat Throne Hall with prang-like finials, graced with stuccos on triple layers of base platforms. Inside, the building now has a bronze sculpture of King Mongkut in Western costume, which he wore when welcoming diplomats.

Beside it is Santhakarn Sathan Throne Hall in the inner court. This royal villa has two small bedrooms, nine rooms, plus a theatre for khon mask dances and other cultural performances. In the reign of King Chulalongkorn, it was used to welcome royalty like Princess Sudaratana Ratcha Prayoon, Duke John Albert of Mecklenburg and Princess Jong Chitthanom Ditsakul.

Right next door is the Pramot Mahai Sawan Throne Hall that looks like a Chinese-style sedan. Designed to be a living museum, this two-storey building features two living rooms, a bedroom and a dressing room with a showcase of historical furniture and antiques from the royal treasure chambers.

The Chatchawan Wiang Chai Astrodome was designed to resemble a lighthouse. Featuring a spiral staircase and round terrace with green glazed marble balusters, this dome was formed by curved glasses with hanging lights to help sea merchants and fisherman navigate to Baan Laem Bay at night. It is also the best vantage point to watch the sunset over the ocean and see breath-taking panoramic perspectives of Phetchaburi. 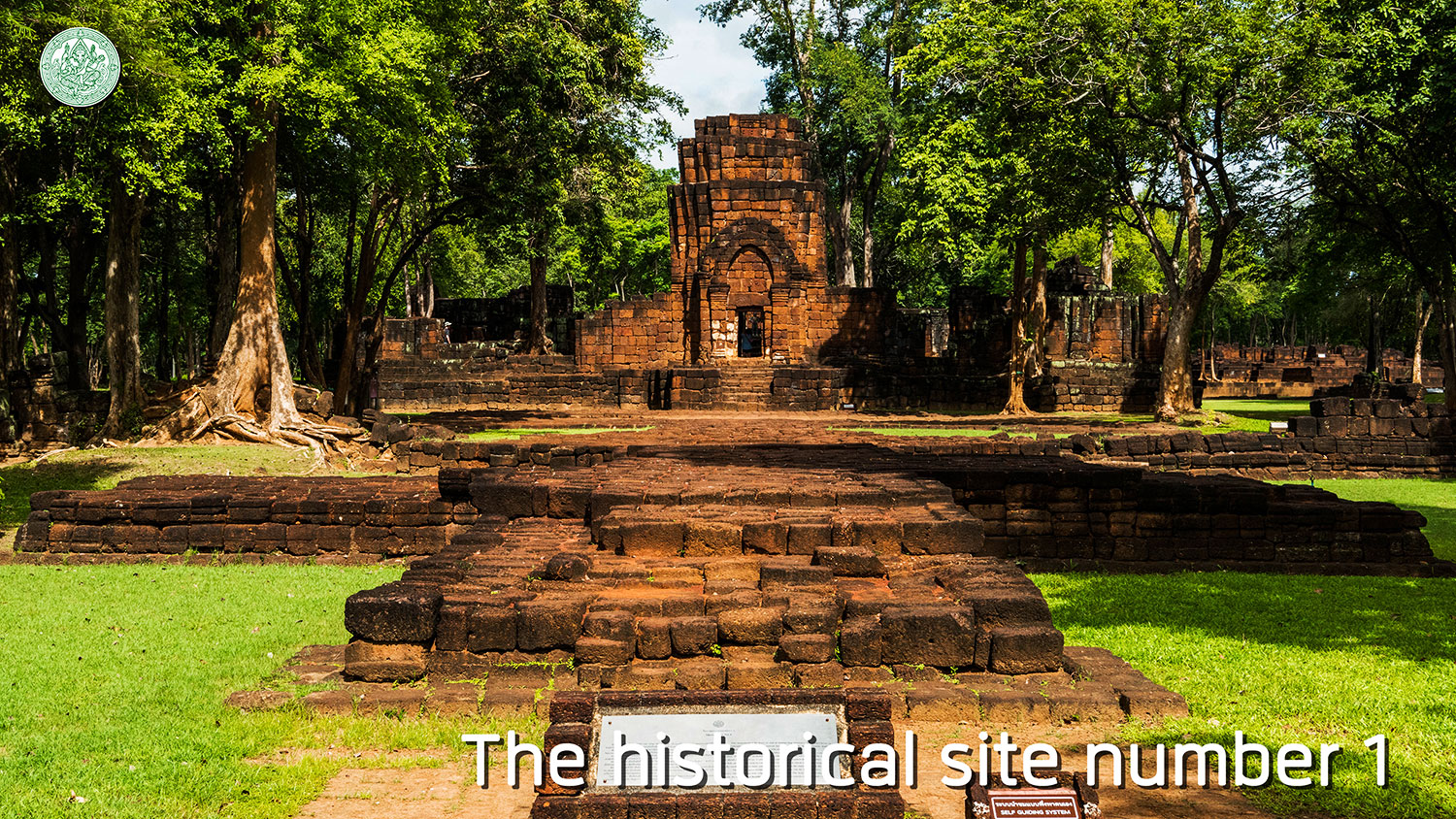 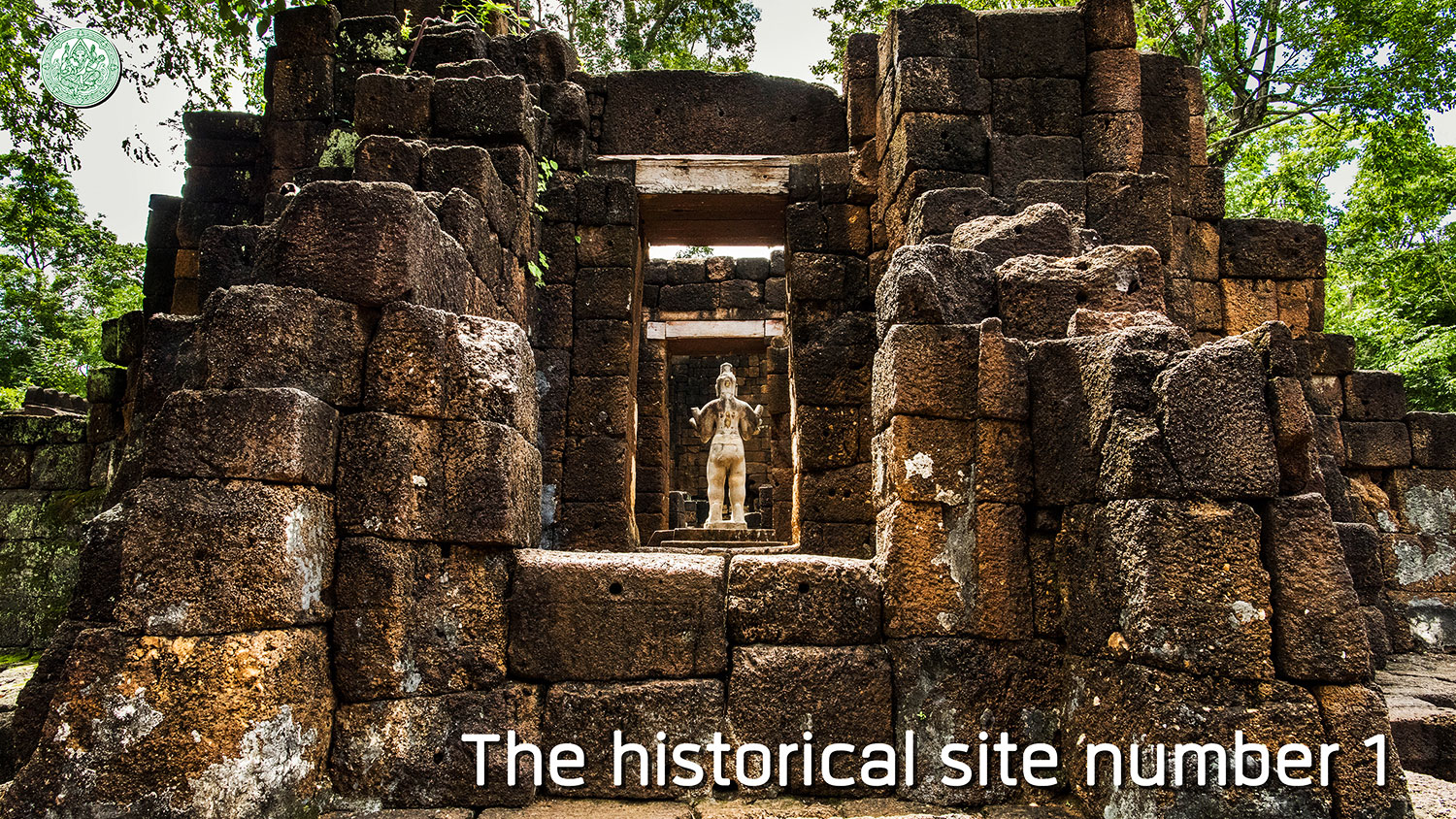 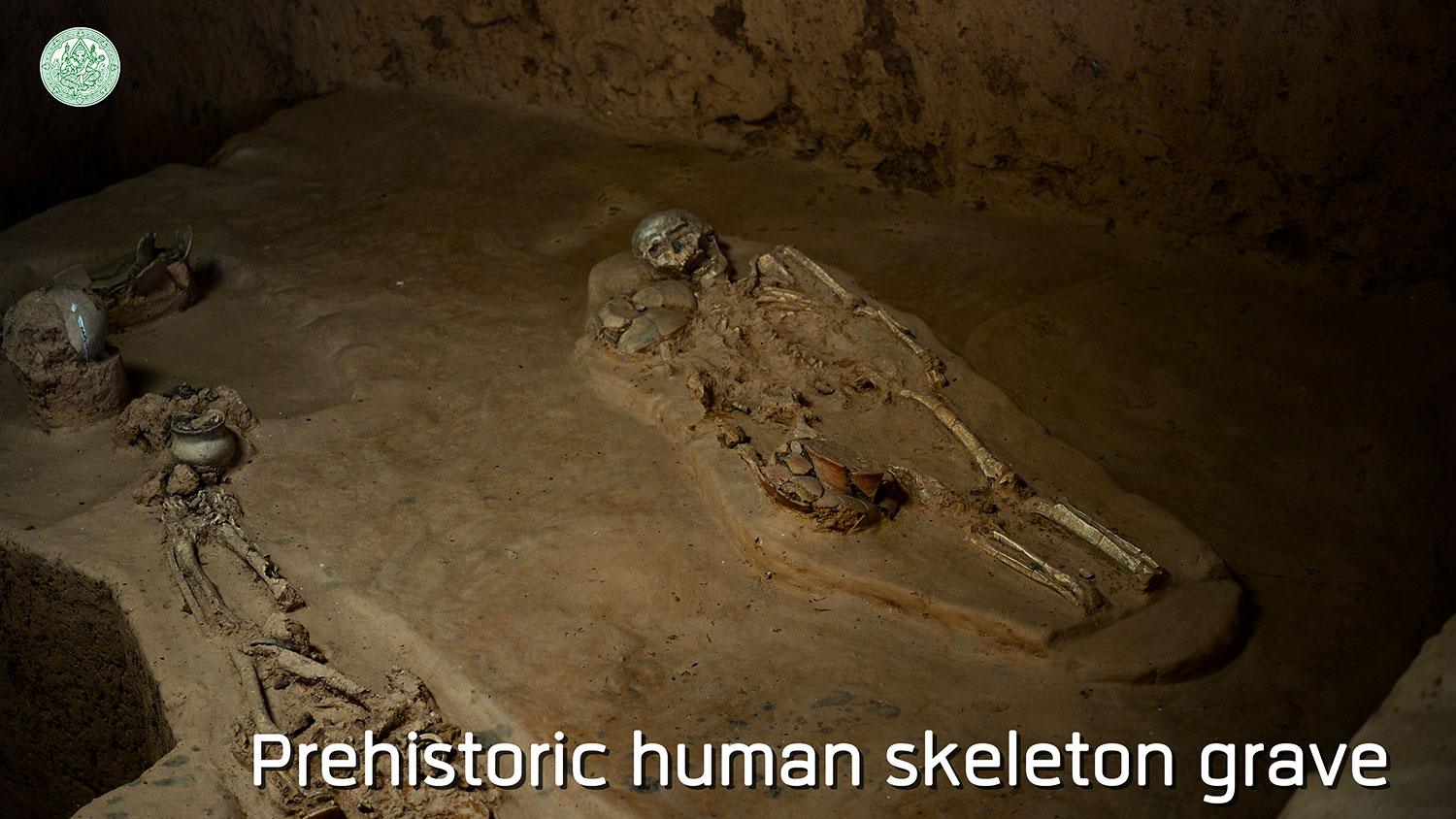 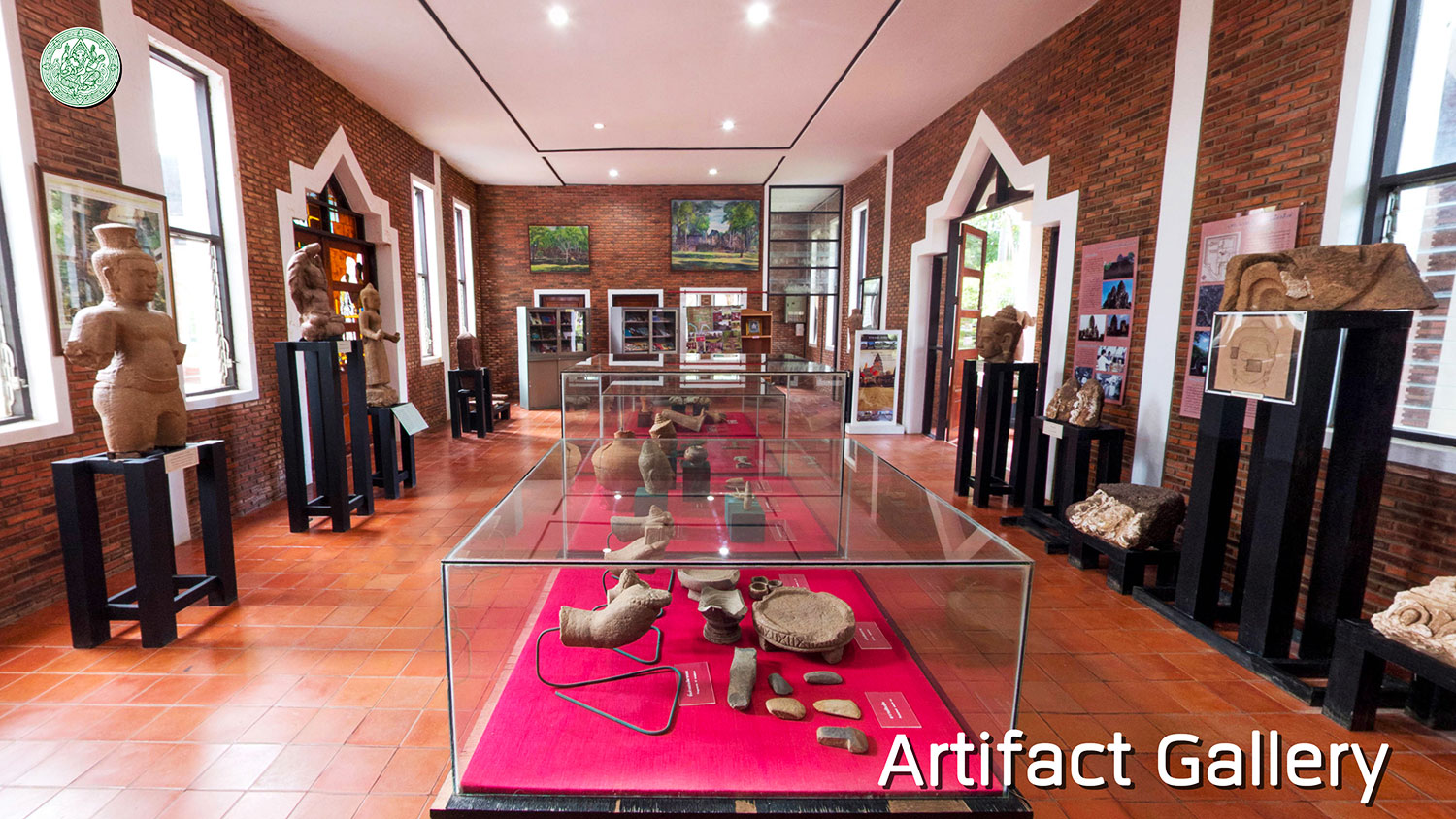 The Artefact Gallery showcases a collection of architectural elements and artefacts discovered at Prasat Muang Singh.

There's also the Phra That Jom Petch stupa that was rebuilt by King Mongkut to enshrine Buddha relics. This Lanka-style stupa has a spherical hollow chamber and two tiers of circumambulation terraces overlooking Phetchaburi.

In the tranquil town of Kanchanaburi, Muang Singh Historical Park takes visitors back to the prehistoric era and the days when Khmer culture spread to Thailand. This historical site is home to an ancient grave where skeletons of four prehistoric individuals were buried with pottery, bronze ware, iron tools, bronze tools, shell bracelet, bronze bracelet, stone beads and glass beads.

Keep browsing and you will find Prasat Muang Singh, which was built from laterite to serve as a main Hindu shrine. Behind the entrance is a cross-shaped pavilion for people to relax or prepare offerings while the next terrace is lined with four basins where pilgrims place incense sticks so that the smoke can purify their mind and body before entering the holy place. A statue of the god Bodhisattva Avalokiteshvara stands in the middle of the sanctuary while the library contains scriptures and holy artefacts.

The virtual tour can end at the Artefact Gallery. It presents an exhibition of architectural elements discovered in Prasat Muang Singh such as a terracotta stucco and roof tiles as well as replica sculptures of Bodhisattva Avalokiteshvara and Prajnaparamita. 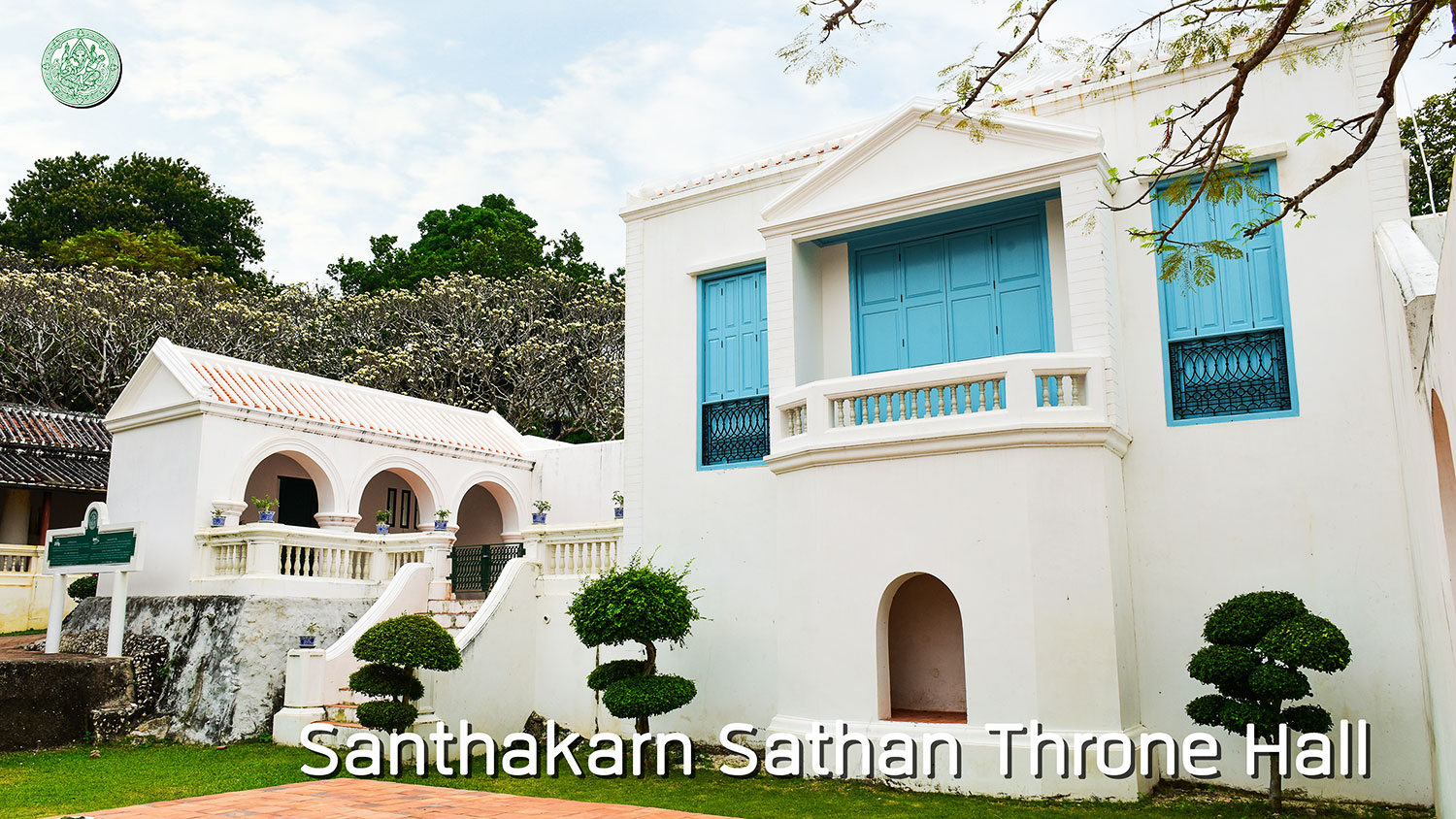 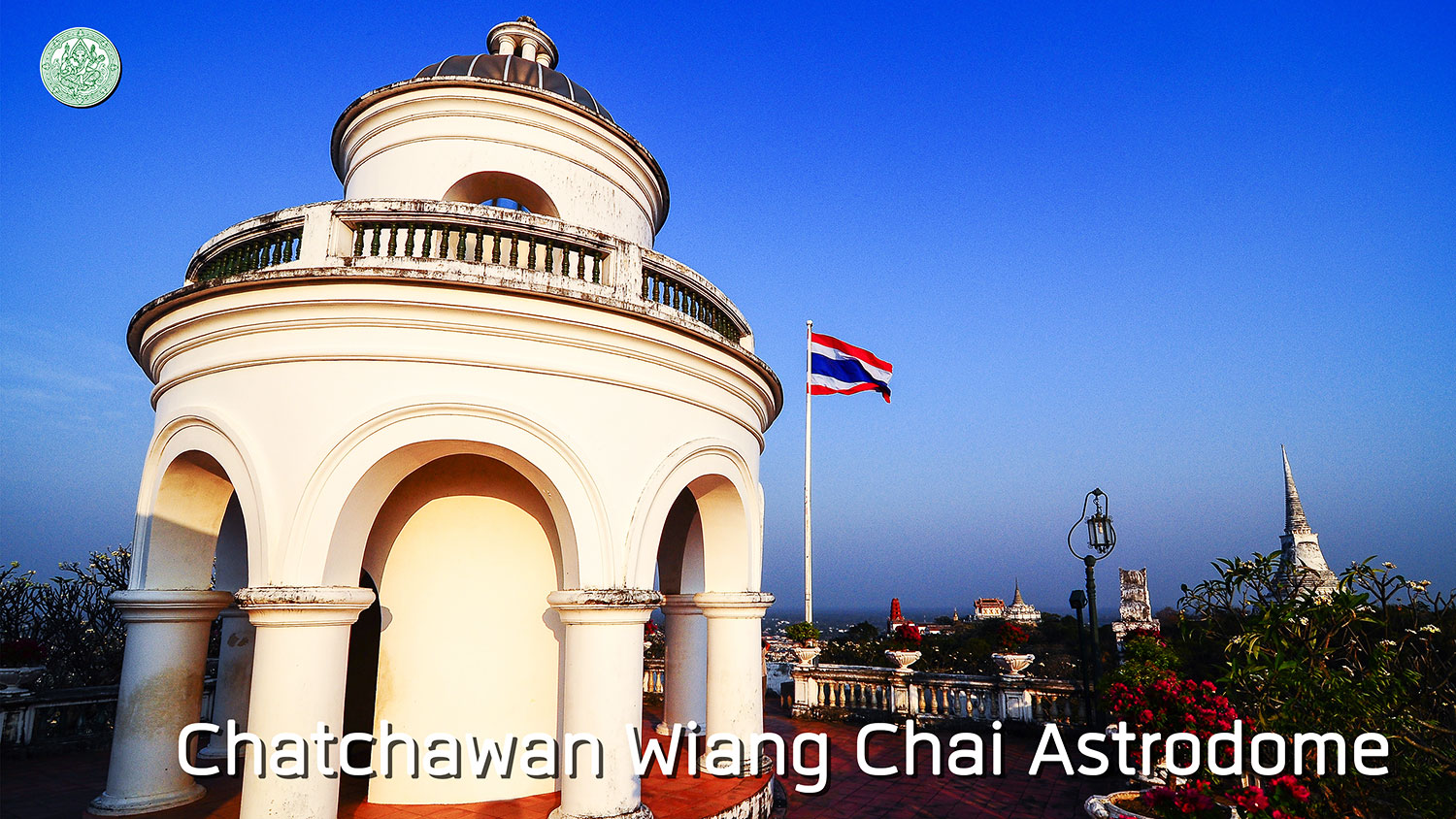 Phra Nakhon Khiri in Phetchaburi was erected in 1859 by King Mongkut to serve as a royal palace before King Chulalongkorn turned it into a summer residence in 1883. The Wetchayan Wichian Prasat Throne Hall displays a bronze sculpture of King Mongkut.