A ferry sailed through the confluence of two rivers that form the heart of Bang Kacha, the ancient capital of Ayutthaya (1351-1767). Its gigantic fort was once the first sight of friends and foes. Remains of foreign settlements overlook the bank of the river, a reminder of how cosmopolitan the city was.

"It was like Sukhumvit Road in modern-day Bangkok, bustling with foreigners who came here by ship," said Assoc Prof Santi Pakdeekham, a historian and vice-secretary of the Office of the Royal Society, on a one-day trip held by the Media Centre for Arts and Culture, Thai PBS, on July 24.

Port towns were formed on the lower part of the Chao Phraya Basin and the upper coast of the gulf, including four places in the 11th century: Phetchaburi, Suphanburi, Lopburi and Ayutthaya. After a power struggle, Ayutthaya became dominant in the late 14th century. The Chinese called this region Xian and the Portuguese later changed it to Siam.

Surrounded by rivers, the city of Ayutthaya looked like an island, though some said it resembled a bag or a sole. Foreigners depicted it in travel accounts, maps and paintings, which become vital sources for the study of the region. Portuguese explorer Fernao Mendez Pinto was apparently the first to compare Ayutthaya to Venice in a letter to the Society of Jesus in Lisbon in 1554.

Located on the east bank of the Chao Phraya River, Wat Phananchoeng is the remaining evidence of Chinese communities that came before the establishment of Ayutthaya, according to the Royal Chronicle Of Ayutthaya by Luang Prasoet. Luang Por To, the seated Buddha image posturing in pang man vichai, takes up the temple's space. 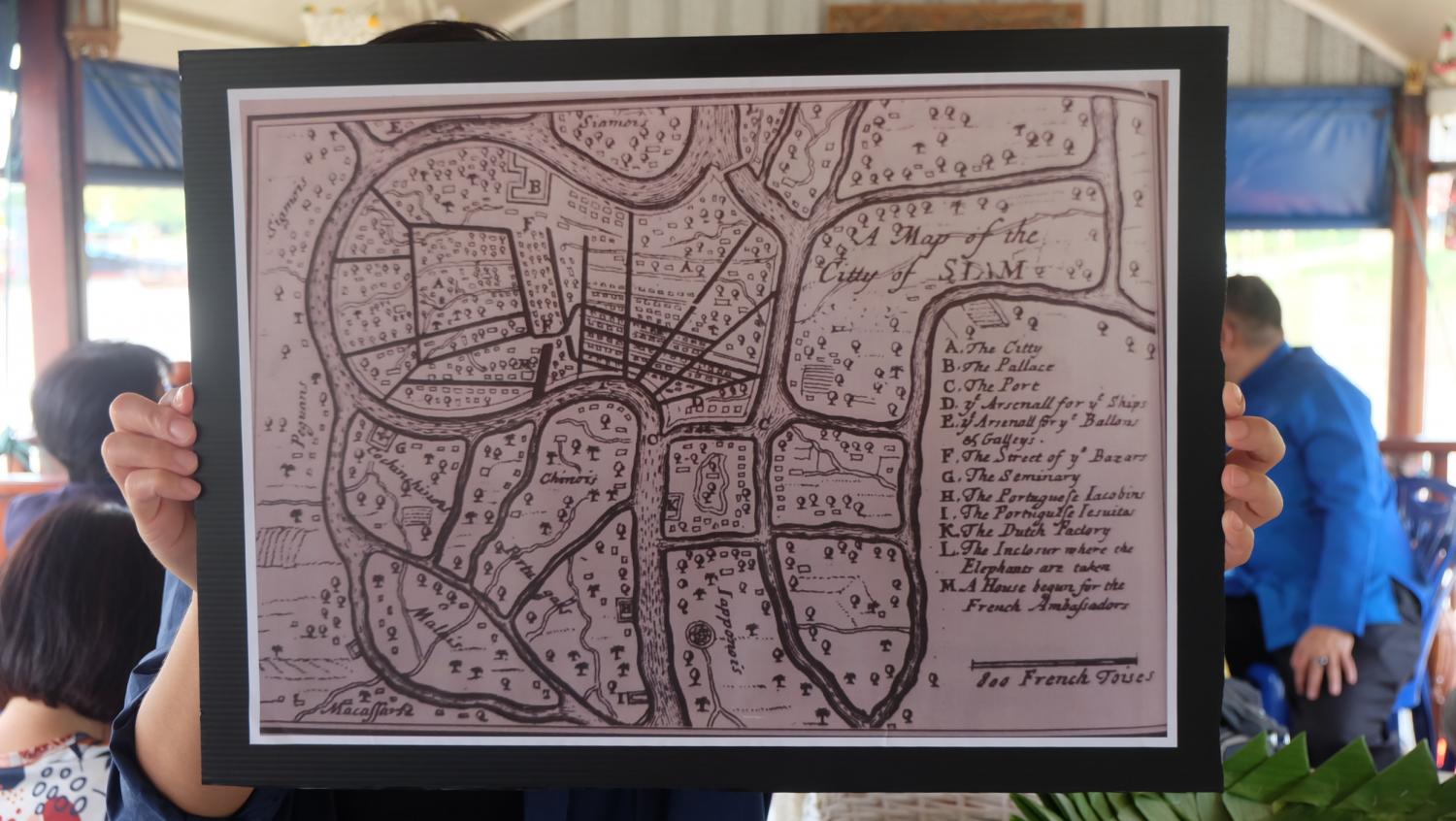 A map by Simon de La Loubère who travelled from France to Siam in 1687 during the reign of King Narai shows each foreign settlement along the river.

Nearby, a two-storied shrine venerates the statue of Chao Mae Soi Dok Mak. According to legend, the Chinese ruler gave his daughter to King Sai Nam Phung, but when they arrived at Pak Nam Mae Bia, located in the southern direction of the temple, the king did not come to welcome her himself, causing her to grieve to death.

"It attests to the relationship between China and Siam," said Santi. "The tributary system continued into the Rattanakosin era. China saw itself as the centre of the world, surrounded by barbarian states, including Siam. In this system, they delivered a tribute to and sought approval of new rulers from China in exchange for trading privileges."

The ferry passed the remains of Pom Phet, a fortress and port. According to archaeologists, restoration entails building a new hexagonal foundation over an original circular base. Designed by French artisans, the hexagonal shape was popular in the reign of King Narai, as evidenced by those of Lopburi and Bangkok. Meanwhile, Portuguese artisans laid the circular foundation, which found an echo in their colonial cities.

"Following the downfall of Ayutthaya, some parts of the wall and courts were dismantled to prevent non-central settlement and rule," said the scholar.

"Before restoration started, remains of Chinese ceramics and porcelains were found at the edge of the fortress." The ancient city was once home to foreign settlements. The court recruited them for various roles such as guarding, construction and administration. Constantin Phaulcon, a Greek adventurer, became one of the most influential figures in the court. Kings were open to new knowledge and opened embassies in the Netherlands, France and Persia. King Narai was praised for his outward-looking attitude.

A large ship and an orange building came into sight. Baan Hollanda is a two-storied museum on the site of the trading station of the Dutch East India Company. The Dutch began diplomatic relations with Siam in 1604 during the reign of King Naresuan. It was not until 1634 that they obtained land to build the trading station. Nicholas Gervaise wrote that it was the grandest building in the kingdom.

Then the ferry arrived at the Japanese Village. Situated on the bank of the river, a white building and its red bridge are covered with trees. Following political turmoil in Japan, ronins (wandering samurais) emigrated to Southeast Asia. Japanese Christians also fled religious persecution. Yamada Nagamasa became the head of the village in the 1620s. He played a major role in forging the relationship between Siam and Japan.

"The Ayutthaya version of Manora mentions tonsured Japanese men. When Manora is about to go out, her mother asks whether she wants to flirt with them, making reference to samurai. It also describes 12 languages in use at the time. It demonstrates that many ethnic groups were present in Ayutthaya. Similarly, according to the Three Seals Law, soldiers come from Japan, Portugal, Cham and other places," Santi said.

On the opposite bank of the river, the Portuguese Village is home to the San Petro Church, the spiritual centre for the Portuguese who were first to arrive in Ayutthaya in 1511. King Rachatirat recruited them as mercenaries, thanks to their ability to use firearms and cannons. Upon victory, the king granted land to build the village. 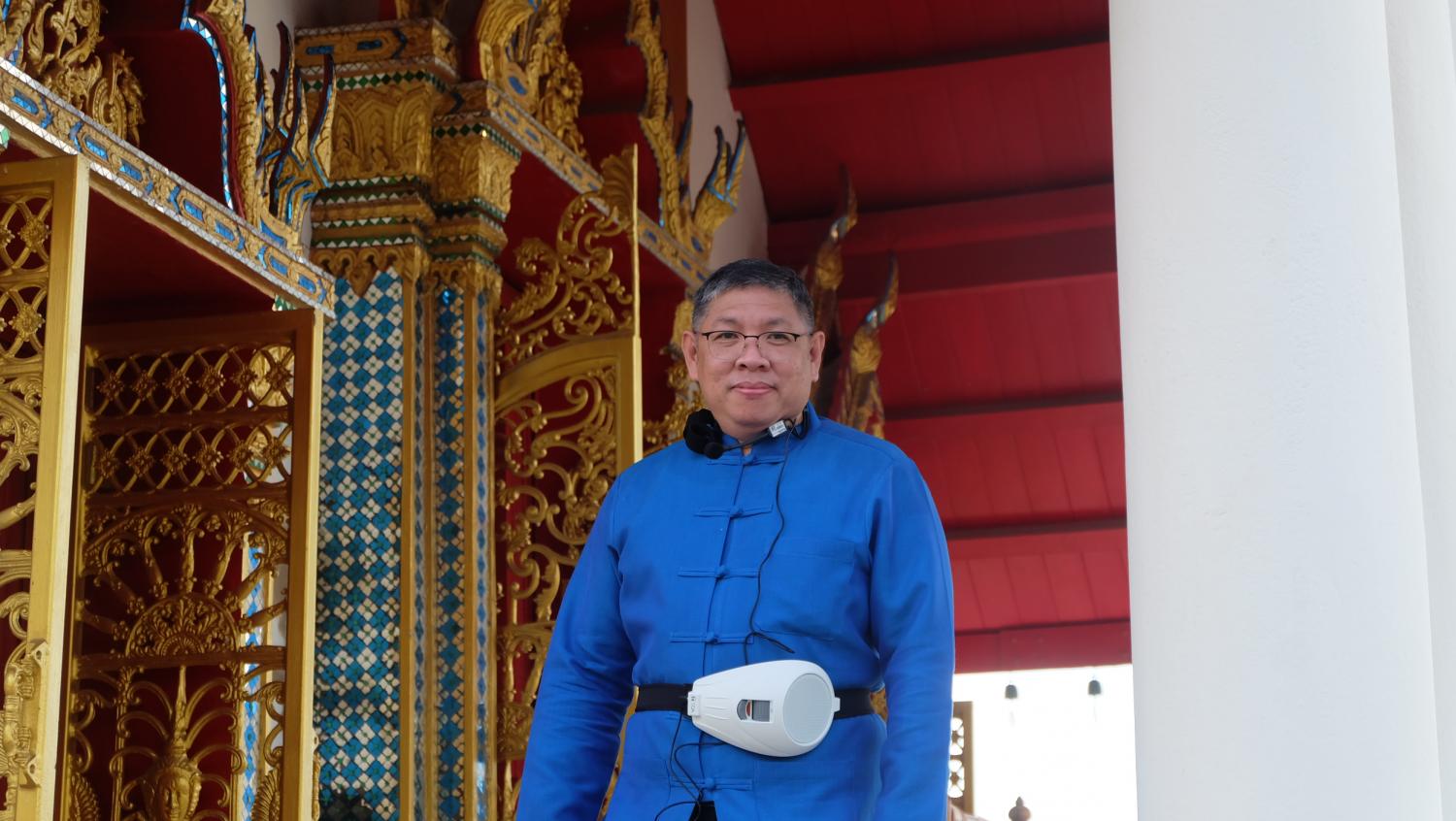 Assoc Prof Santi Pakdeekham, a historian and vice-secretary of the Office of the Royal Society, leads a tour.

King Prasat Thong, however, adopted an anti-foreigner policy over fears of their growing influence over internal affairs. Siam's relationship with Japan declined when the king changed the trade route and deported Yamada. Jeremais van Vliet wrote that the king issued an order to burn the village and attack Japanese residents in 1630.

Siam's freedom of religion arguably gave an impression that foreigners could convert the king and the country. In 1688, Phaulcon was killed, the French were expelled and the British fled.

When the ferry moved southwards, a Victorian-style yellow building of Saint Joseph Church came into view. Built in the reign of King Narai, it was damaged in the war and later underwent renovation. French missionaries obtained land to build a temple and a school. The relics of bishops Pierre Lambert de la Motte and Louis Laneau are kept inside, but the remains of other priests and missionaries were moved to the graveyard.

Historical sites are more than the sum of the past. They can speak directly to the present time. Wat Phutthaisawan and its neighbourhood were once struck by a ravaging plague. Ships coming from China carried rats that spread the disease to port cities, including Cambodia and Cham. Soon after, the Black Death broke out in India and Europe. 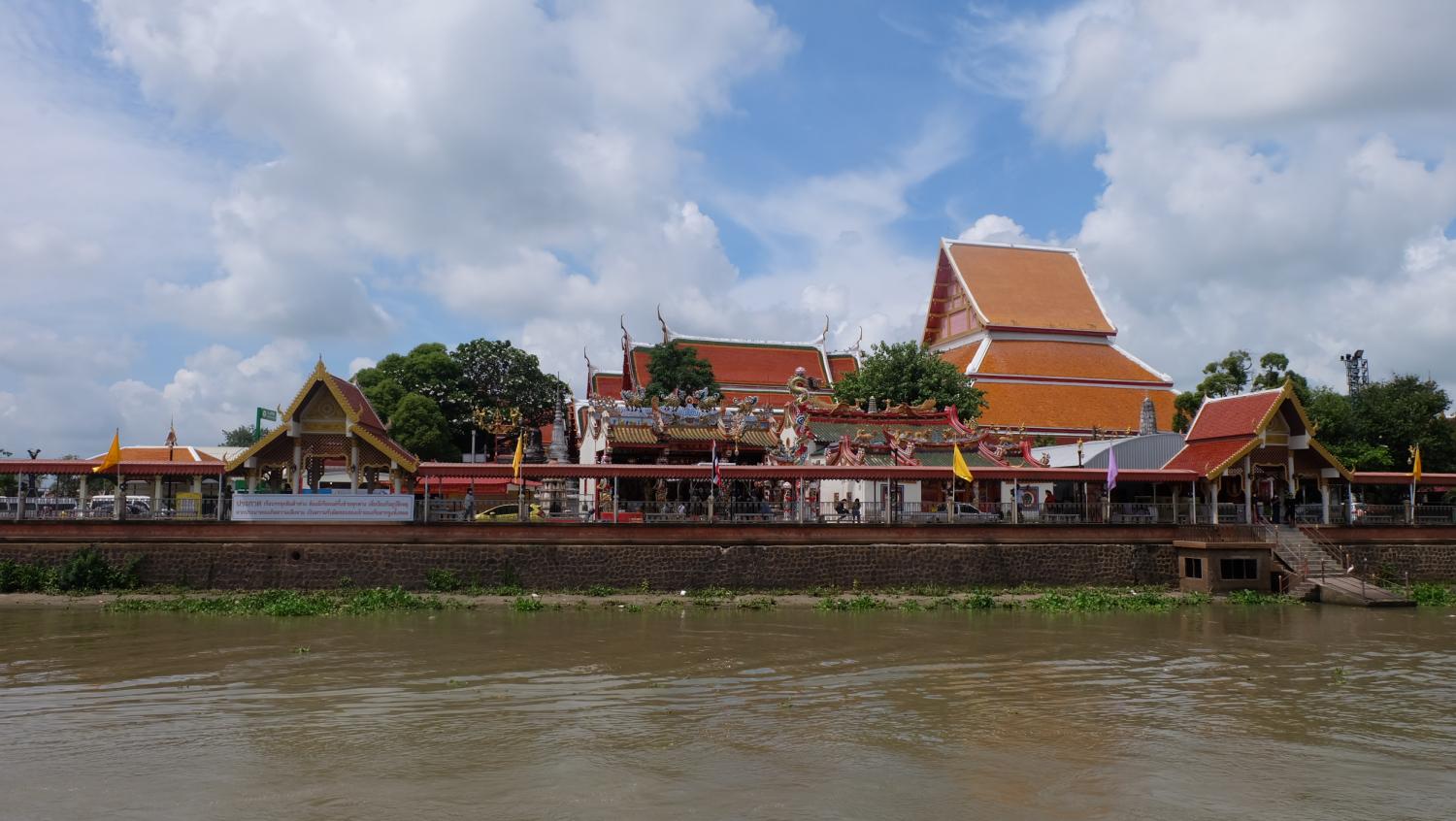 Located on the east bank of the Chao Phraya River, Wat Phananchoeng is evidence of the presence of Chinese communities that preceded Ayutthaya.

Remains disintegrate at the hands of time, but with the feat of imagination, words can keep the ancient city alive. Santi said the work of Phraya Boranrajathanin, the favourite civil servant of King Chulalongkorn, who conducted extensive research on the old town offers a vivid description of Ayutthaya in its heyday prior to the author's own time.

"He became the first to excavate the remains of the ancient capital. Since then, nobody has found evidence of burning because he wrote he dug very deep and threw away all the soil," he said. "After the downfall of Ayutthaya, Bangkok became the new capital. Still, the old city was cared for." 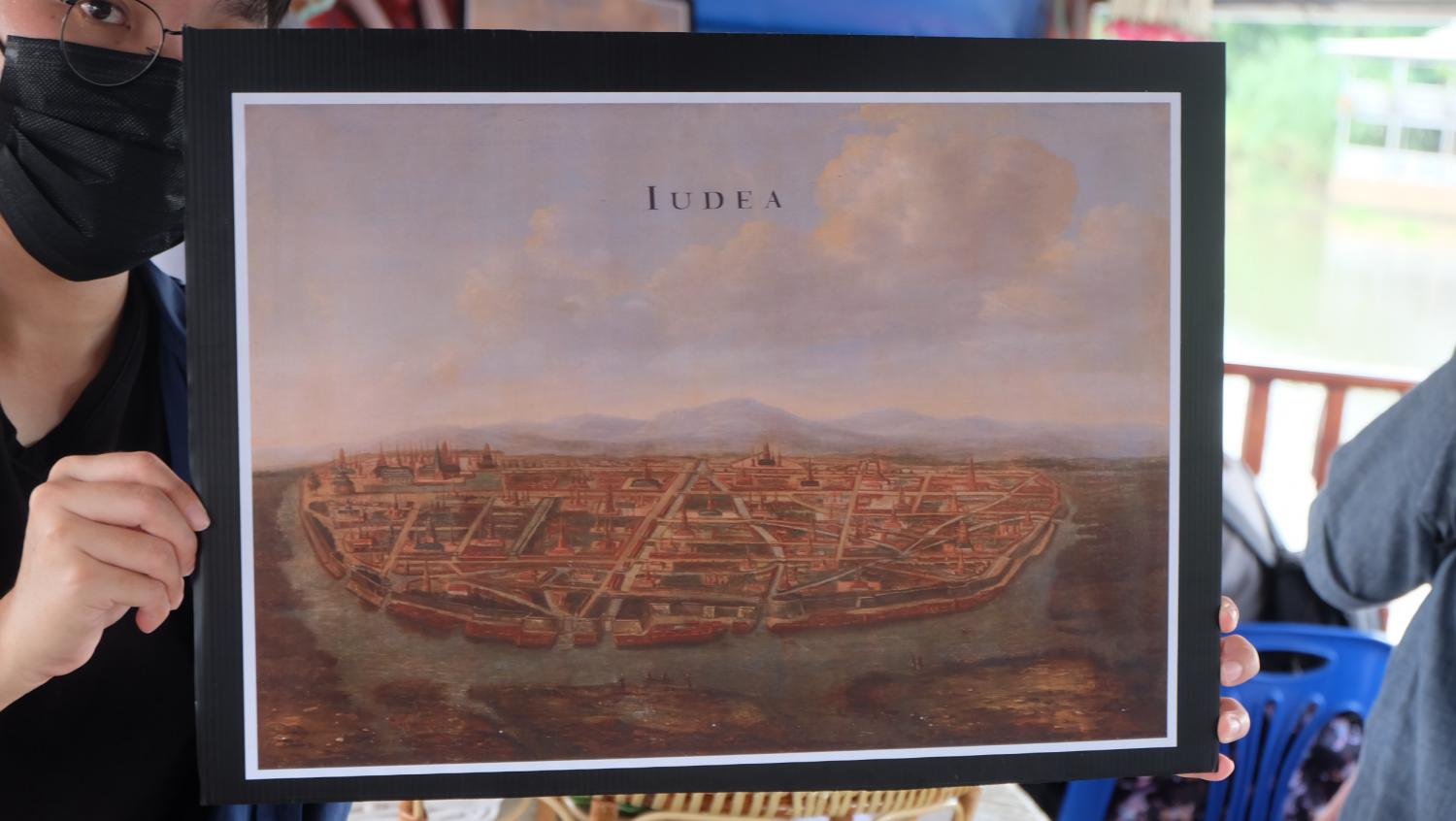 The Dutch East India Company commissioned David and Johannes Vingboons to paint the 10 important port towns in Southeast Asia. The painting Iudea depicts the glory days of Ayutthaya, a city with urban planning and interconnected waterways. 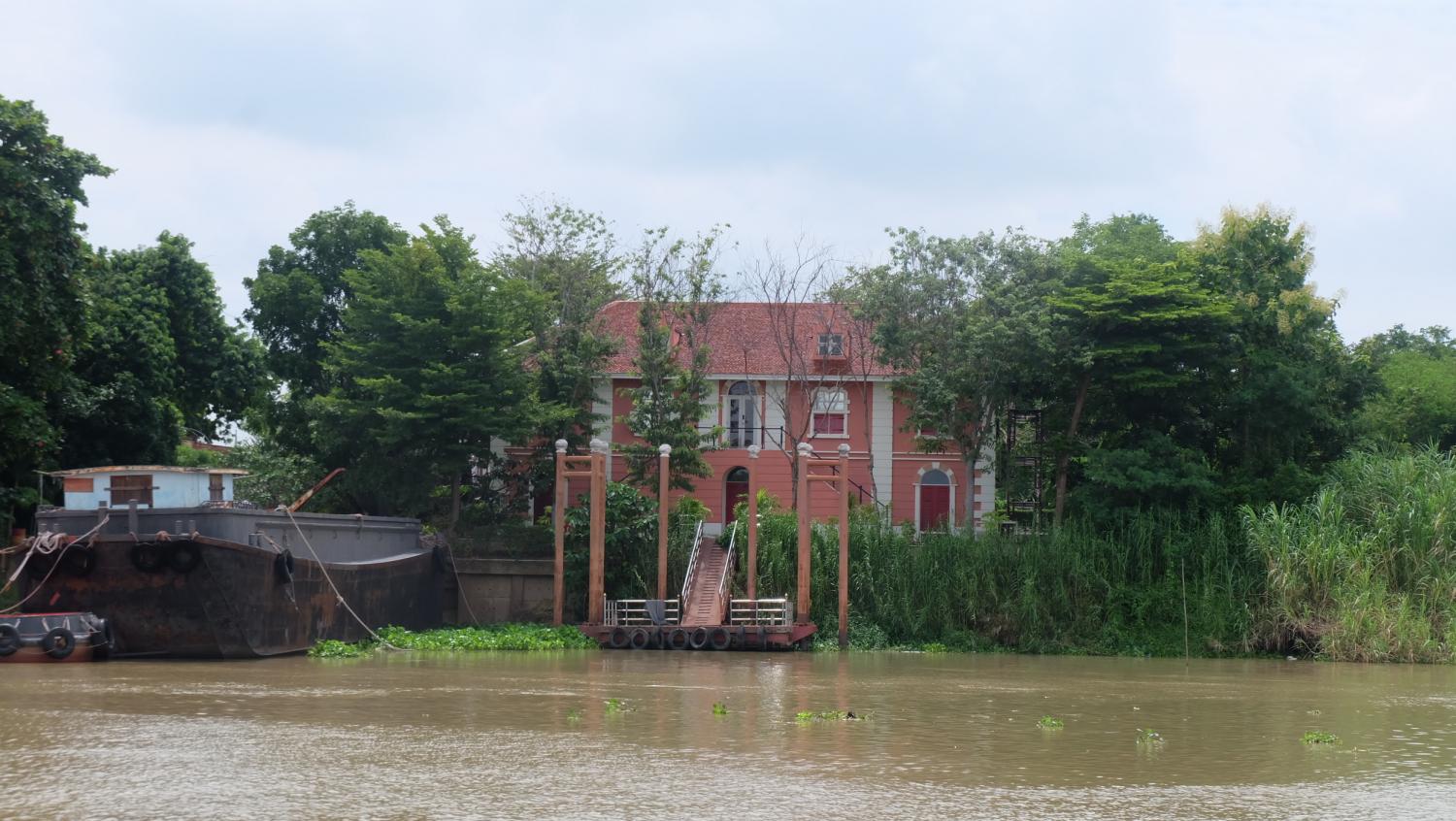 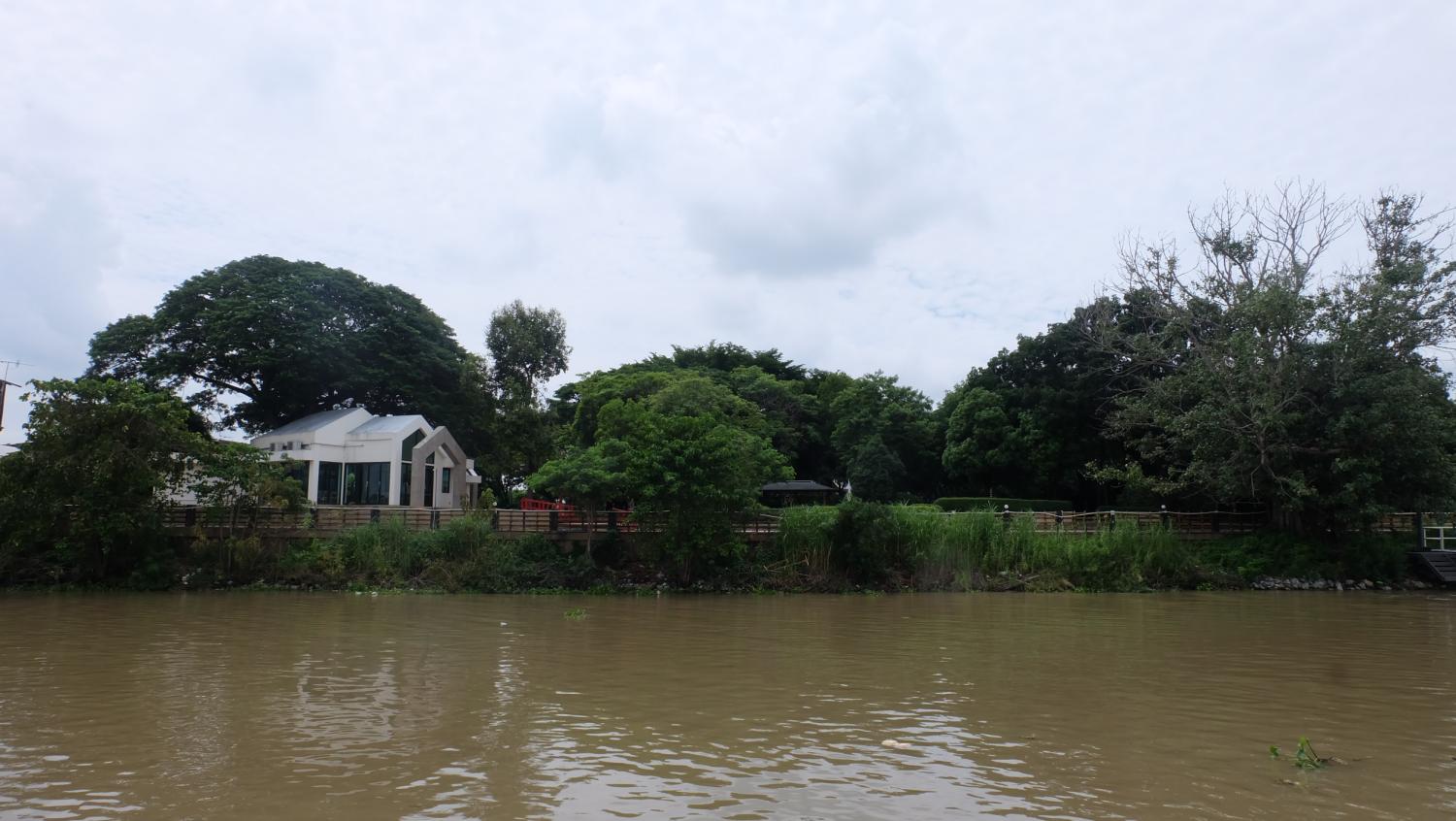 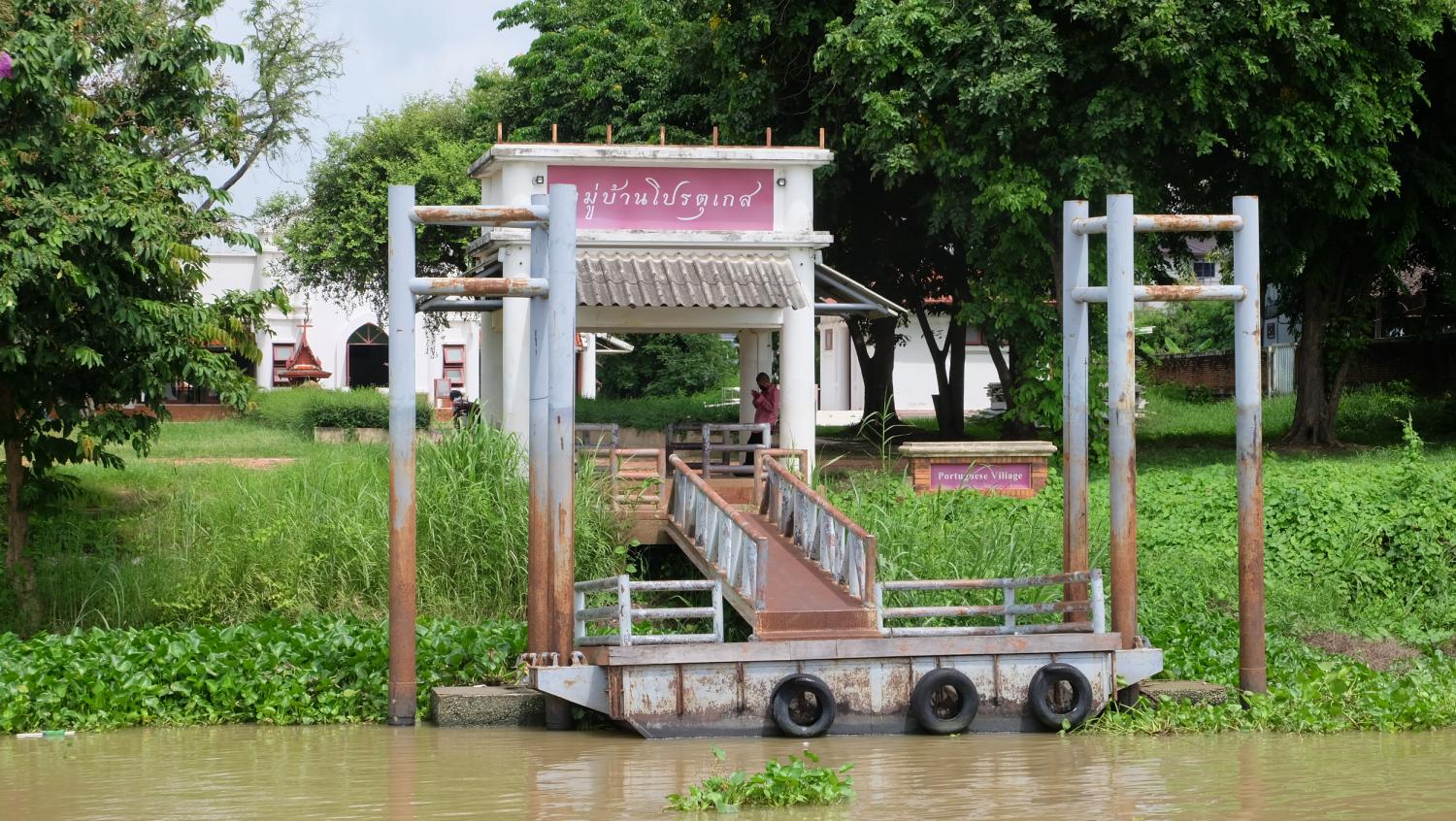 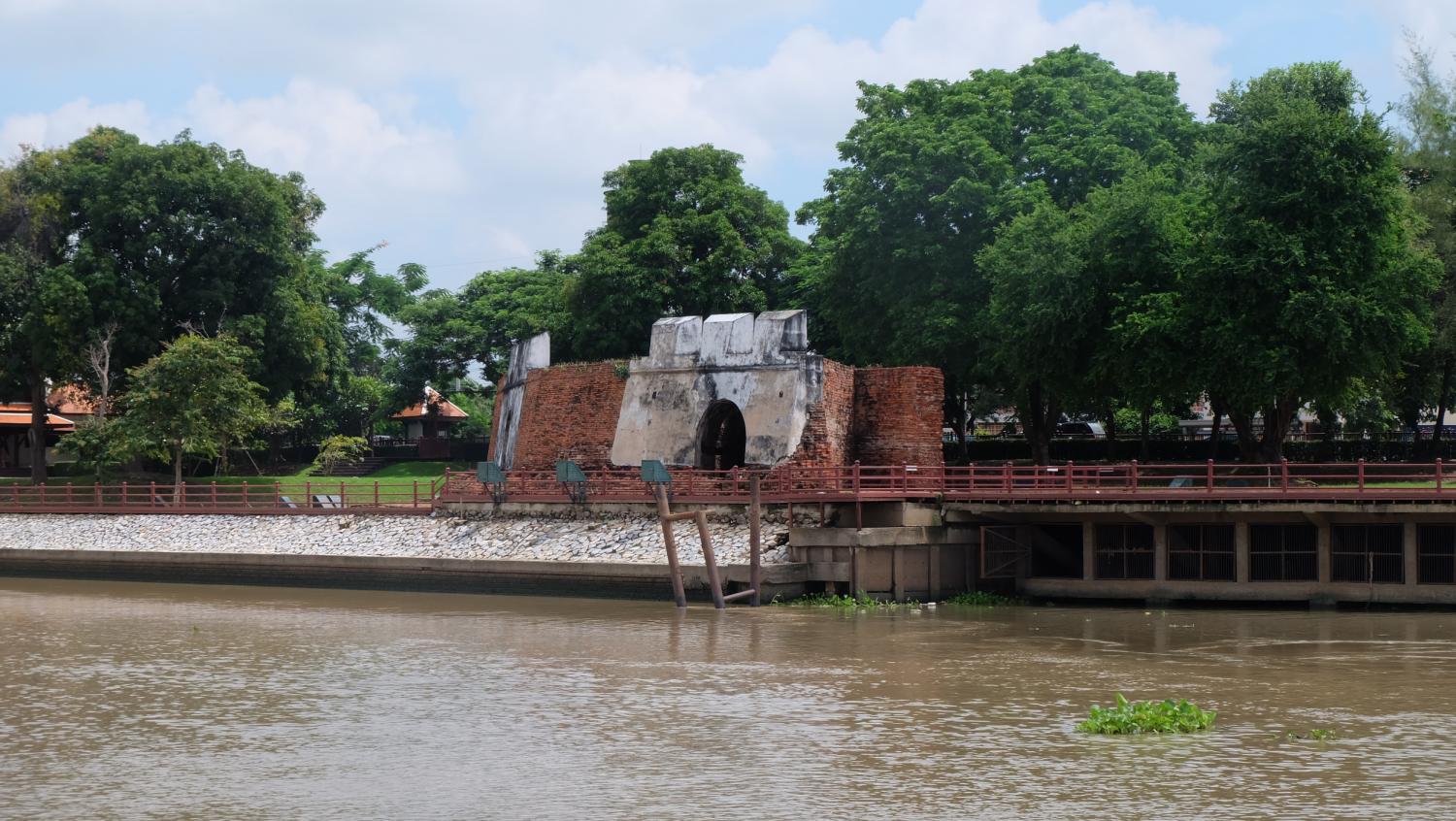 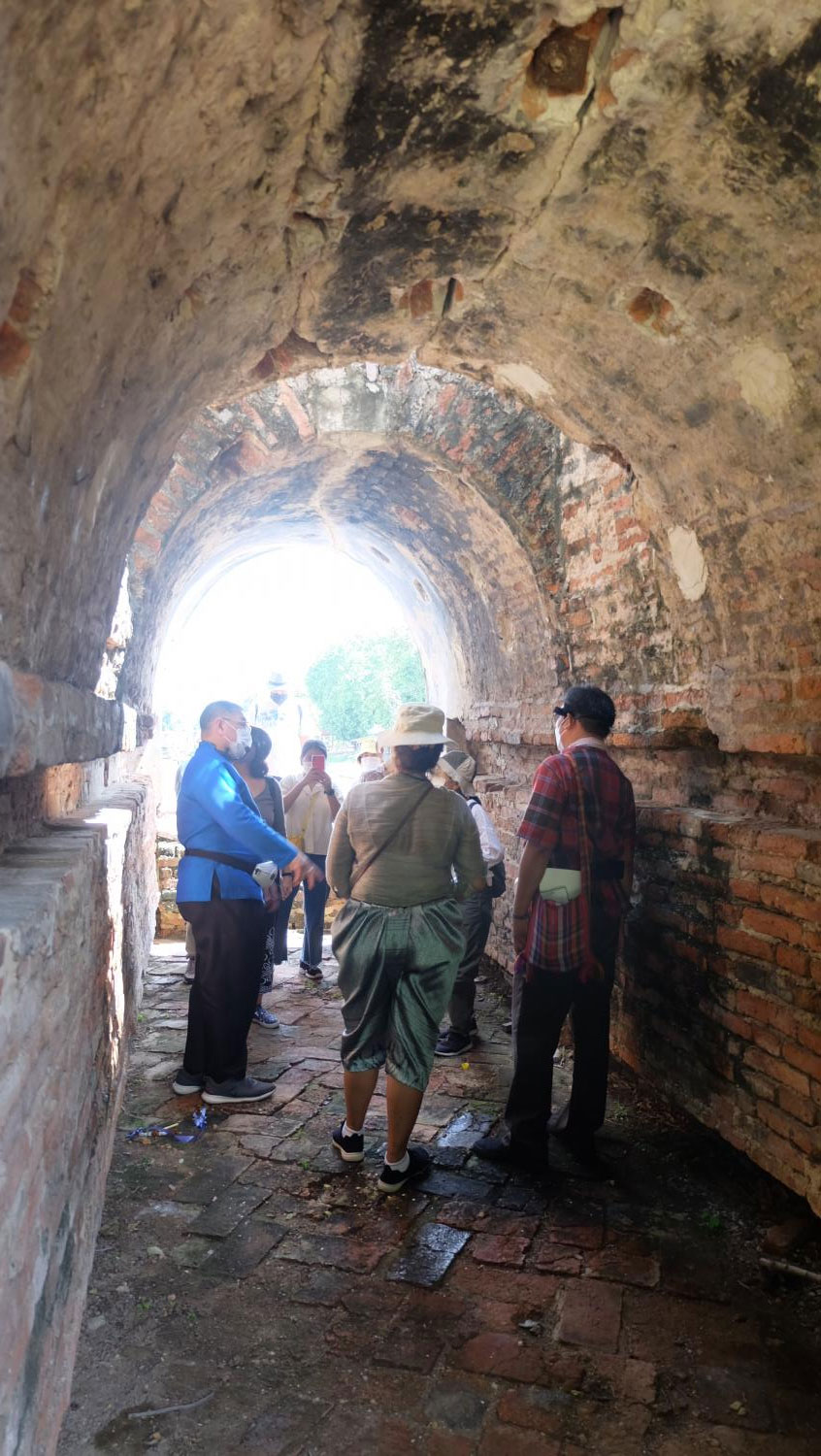 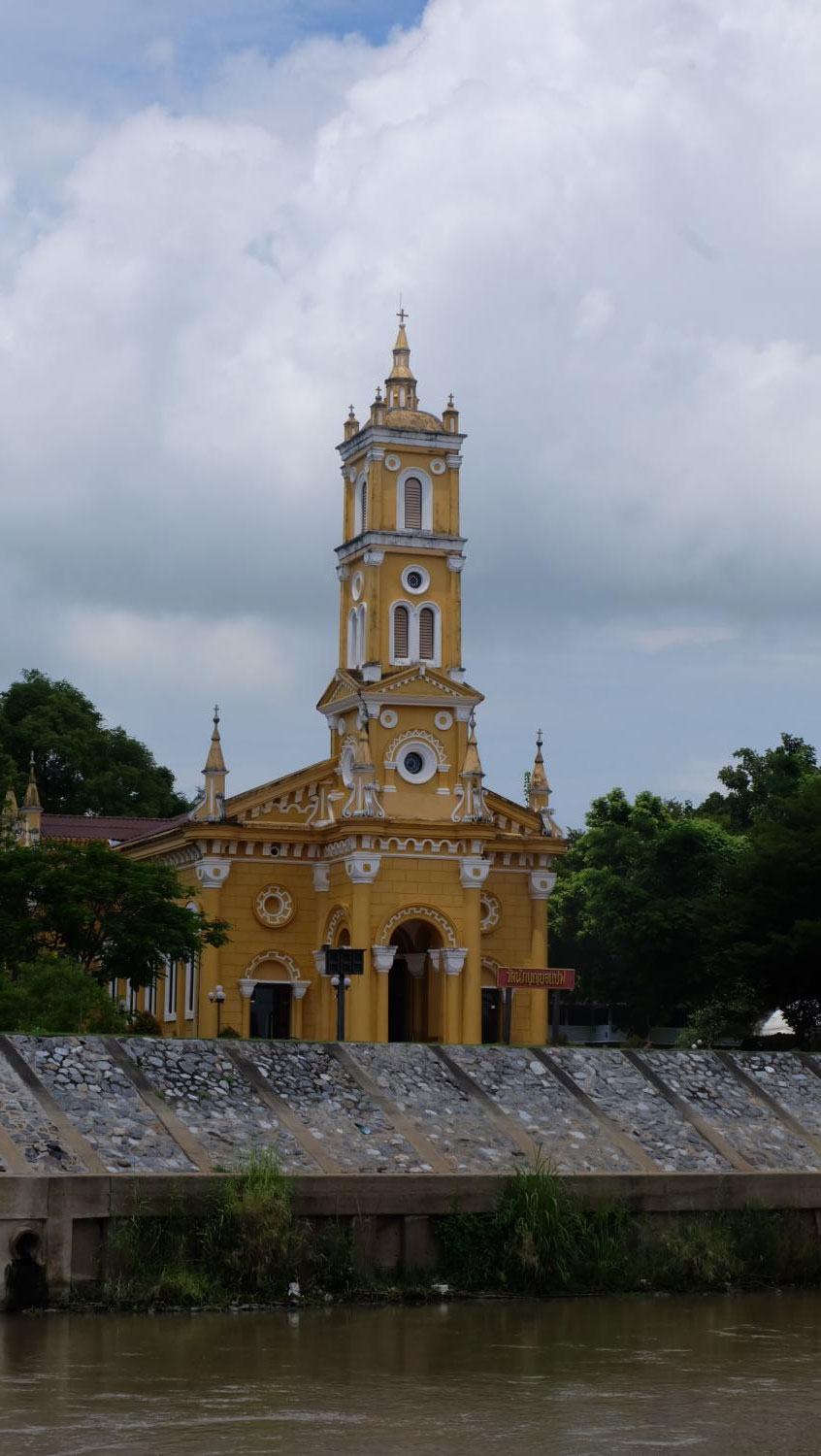