Stepping inside Bang Luang Mosque in Bangkok's Thon Buri district, a group of visitors was overwhelmed by its tranquility, happy to leave behind the bustling traffic noise from the nearby street. 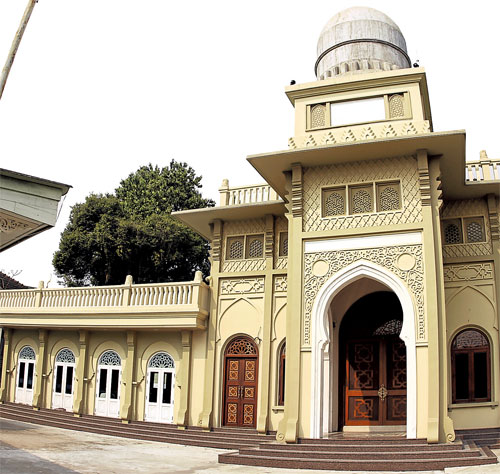 Ton Son Mosque was renovated and given a typical Islamic makeover with a distinctive dome-shaped roof. The old structure (inset) combined both Thai and Islamic art.

They were also captivated by its stunning architectural beauty _ a Thai-style building that made it look more like a Buddhist temple than a place of worship for people of the Islamic faith.

"The architectural style, with colossal pillars supporting the roof and simple gable, indicates that the mosque was built during the reign King Rama III," said Teeranun Chuangpichit of the Thon Buri Historical Information Centre. The historian led a walking tour recently to this community as part of Siam Society's its "Siamese Heritage Protection" programme. On the tour stop were two other remarkable mosques in Thon Buri, Ton Son Mosque and Kadee Charoen Phat.

Without a dome, the elegant Bang Luang Mosque still bears Islamic symbols like the motif on the gable and the external walls that bear the name of the Prophet Mohammad. Some aspects of the mosque are hidden in codes _ like the number of pillars, totalling 30, signifying the 30 chapters in the Islamic holy book Koran. 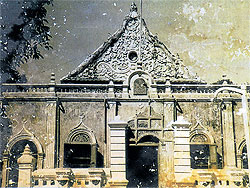 This old mosque, which locals call "Kadee Khao", nestles in a Muslim community whose roots, according to historical documents, date back to the reign of King Rama I, said Teeranun.

Bang Luang is the only mosque in Thailand that retains its traditional Thai architectural style. Others underwent a makeover and reconfigured in the shape of a dome, which is typical of mosques around the world.

According to Teeranun, the three mosques, while attesting to Thon Buri's diverse culture, serve as an historical link between Ayutthaya, Thon Buri and Rattanakosin eras. There are some 20 mosques scattered across Thon Buri.

Of the three, Ton Son Mosque is the oldest in terms of community settlement, which can be traced back to the Ayutthaya period.

''Historical documents show this Muslim community was a major force in the digging up of the Chao Phraya River's new route, bypassing the winding spots, in the time of King Chai Racha of Ayutthaya. The area where they now live was the old course of the river, which has dried since and diminished to a khlong [canal],'' he said.

Next to the mosque is a cemetery dating some 300 years to the Ayutthaya period.

Bang Luang is the only mosque today that boasts traditional Thai architecture.

''It was a burial site for high-ranking officials who served the courts of Ayutthaya and Rattanakosin kings. The maternal great grandfather of King Rama III was buried here. There are also tombs of chao chom ladies,'' he said, referring to the consorts of King Rama I, King Rama II and King Rama V who were laid to rest here.

Kadee Charoen Phat was founded by a group of Muslims who were close to the court of Ayutthaya. They resettled here since the time King Taksin declared Thon Buri his capital in 1767.

This is a mosque that has retained the old word kadee, which means religious place, while others registered with the Ministry of Interior and came to be known as mosque or masyid in Thai.

''By not registering with the ministry, the kadee has its own administrative council, like a trustee, and runs the place quite independently,'' Teeranun said of Kadee Charoen Phat, which is identified with the Shiite sect of Islam. Both Klong Bang Luang and Ton Son mosques represent the Sunni sect.

He noted there is peaceful coexistence between people of both sects in Thailand, which is indeed quite unique.

''In the past, they were on their own. But now it seems the gap has narrowed. There have been cases of cross marriages, though the number is still small,'' he said.

The mosques, while different in terms of architectural style, share some common characteristics largely shaped by Islamic belief _ no icons and the place designed for performing prayer faces in the direction of the holy city of Mecca. 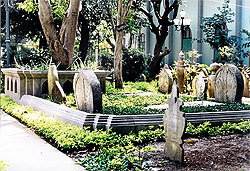 Ton Son Cemetery is the final resting place of a number of high-ranking officials dating back to the Ayutthaya period.

For instance, Charoen Phat is distinctive by its Western panya-style building while the inside is decorated in accordance with art stemming from Islamic belief.

Besides, he noted, Islam is the religion that attaches importance to cleanliness and well-being.

Muslims do not raise dogs because the animal can be a carrier of rabies, for example.

''Muslims had known of the infection long before the word ''rabies'' entered the vocabulary in the West.

''Besides, the floor of the mosque must be kept most clean as when we pray to Allah, we place our forehead on the floor. Basically, food and drinks are not allowed in the mosque out of concern for food debris.''

On the surface, it seems like these mosques are reluctant to welcome people of other religious beliefs which may not be true, said Teeranun.

''But there are rules that need to be strictly observed by outsiders, as well as Muslim. The reluctance may stem from worries that non-Muslims do not understand their practice,'' he said, adding Islam is strict about manners between people of opposite sex and others.

But the mosques are open to those who want to learn more of Islam and Muslim culture and livelihood.

''After all, a mosque _ which is the adobe of Allah _ is not a tourist attraction,'' he said. 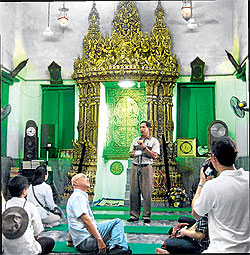 Historian Teeranun Chuangpichit explaining the mosque’s background and the religious belief of Muslims to visitors inside Bang Luang Mosque during a trip organised by Siam Society. PHOTO COURTESY OF SIAM SOCIETY 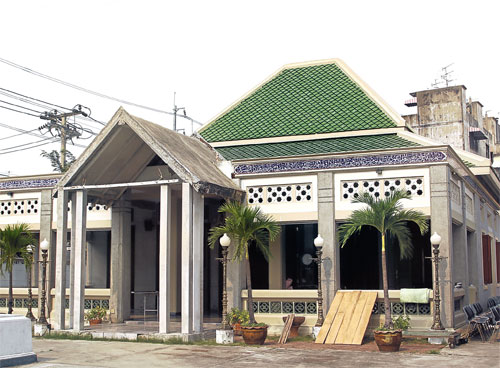 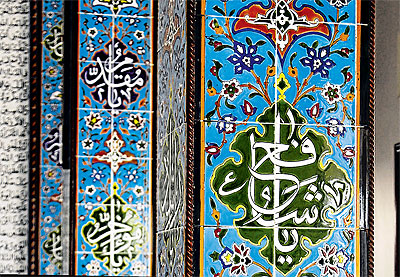 Time to turn to the trade for a Covid fix