Many people queue under monsoon drizzle for subsidised cooking oil in Myanmar's commercial hub Yangon, waiting for one of the many commodities that have become scarce as economic misery strikes the city.

Myanmar's economy tanked following a military coup last year and has been further rattled by the junta's attempts to seize foreign exchange as well as erratic rules governing businesses and imports.

Living standards are being hammered by global commodity price spikes sparked by Russia's invasion of Ukraine, leaving many struggling to get by and relying on subsidies or charity to put food on the table.

"People cannot spend much of their income on food because of higher commodity prices," said 55-year-old housewife Khin Khin Than as she waited to fill her plastic bottle with oil sold by a local association.

"If only one person is working, a family will not have much money left for food." 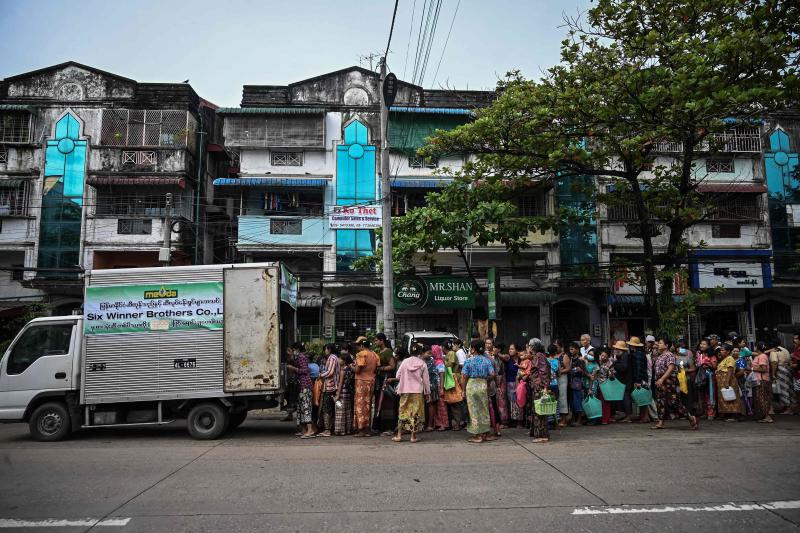 In July, the World Bank said about 40% of the population were living under the national poverty line.

The price of rice has also shot up thanks to increased transport costs and as the military and anti-junta fighters turn swathes of the country into battlegrounds. 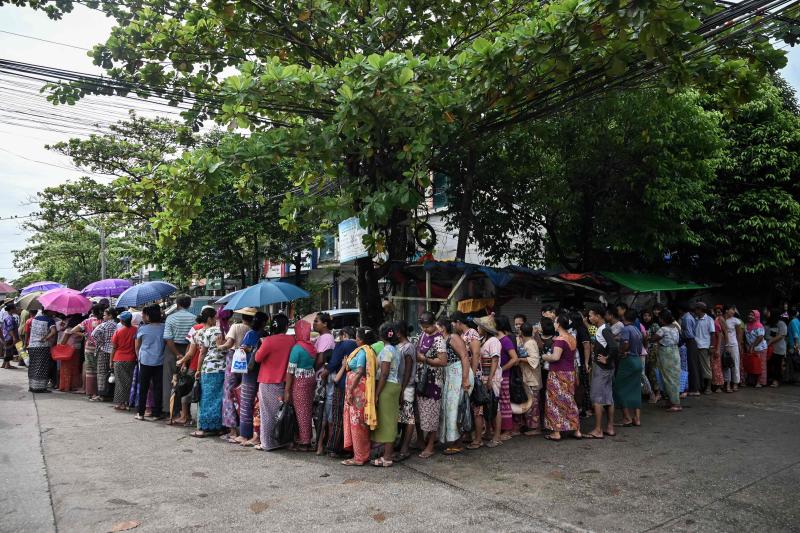 Last week, the price of a litre of diesel jumped by around six US cents overnight to a high of 2,440 kyat ($1.15) per litre, state media reported.

On the day before last year's coup, customers in Yangon were paying 695 kyat at the pump in Yangon according to industry figures.

This week the junta announced it had formed a steering committee to purchase fuel from ally Russia but gave no details on when or how this would begin.

Many people are relying on charity to make ends meet. 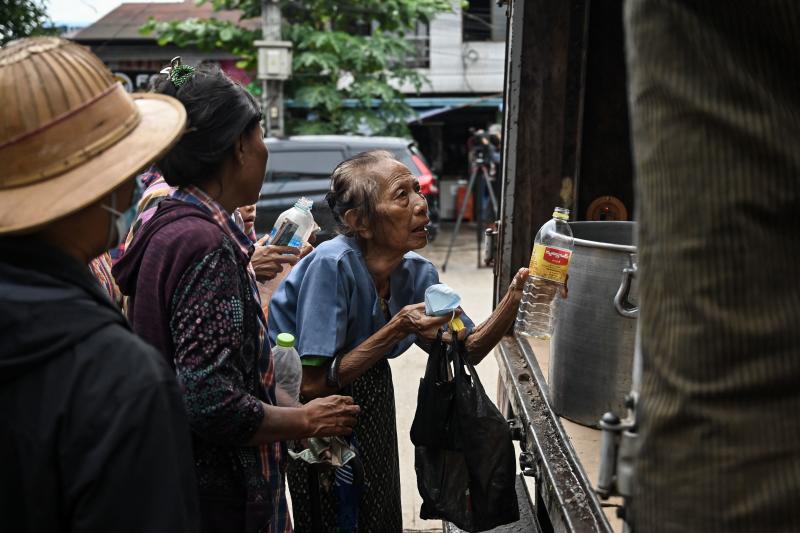 "If we cook at home, there is no electricity, rice is expensive to buy," said Lay Lay, 68, one of hundreds queuing at a monastery for a free meal of curry and rice.

"Cooking costs are too high for someone who is retired."

Ashin Ottamasiri, who supervises the distribution, said his monastery is giving out coupons to 500 people every day for food the monks cook using ingredients donated to them.

"But some days there are more than 600 people," he said. "If we run out of rice and curry, we give cakes, snacks and fruits."

"I can't give shelter for many people but I can share food so people will have meals like I do." 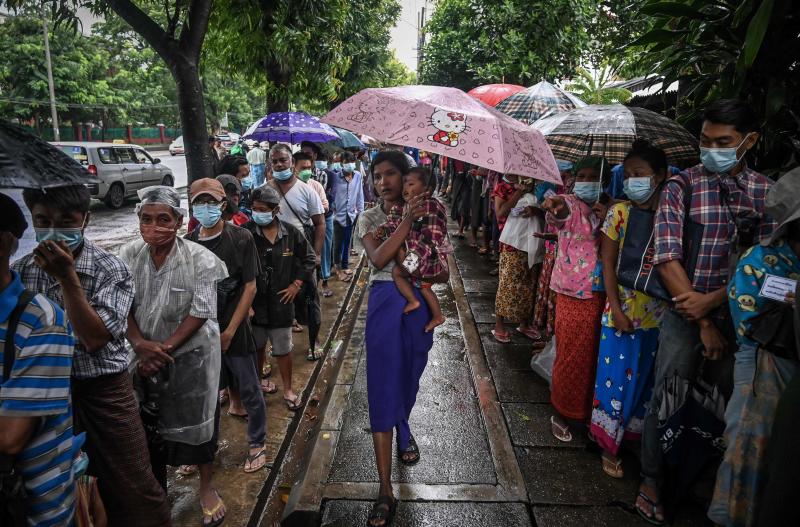 This photo taken on Wednesday show people waiting in a queue to receive free meal along a street in Yangon. (Photo: AFP)

MELBOURNE: Novak Djokovic surged into a 10th Australian Open final Friday to close in on a record-equalling 22nd Grand Slam crown, with only Stefanos Tsitsipas now standing in his way.