Airports across country to benefit

All about queues: People wait for their turn to get a Covid-19 vaccine shot at the Thai-Japanese Bangkok Youth Centre in Ding Daeng. Jabs are being given to up to 2,000 people per day. (Photo: Apichart Jinakul)

The Civil Aviation Board (CAB) has extended relief measures for airlines affected by the Covid-19 pandemic for another three months, according to the Ministry of Transport.

The extension was approved at a meeting of the board chaired on Friday by Transport Minister Saksayam Chidchob.

Mr Saksayam said the CAB has allowed the Civil Aviation Authority of Thailand (CAAT), the Department of Airports (DOP) and Airports of Thailand (AoT) to extend the measures for another three months given threats posed by the Omicron variant.

The previous set of relief measures expired at end of 2021. 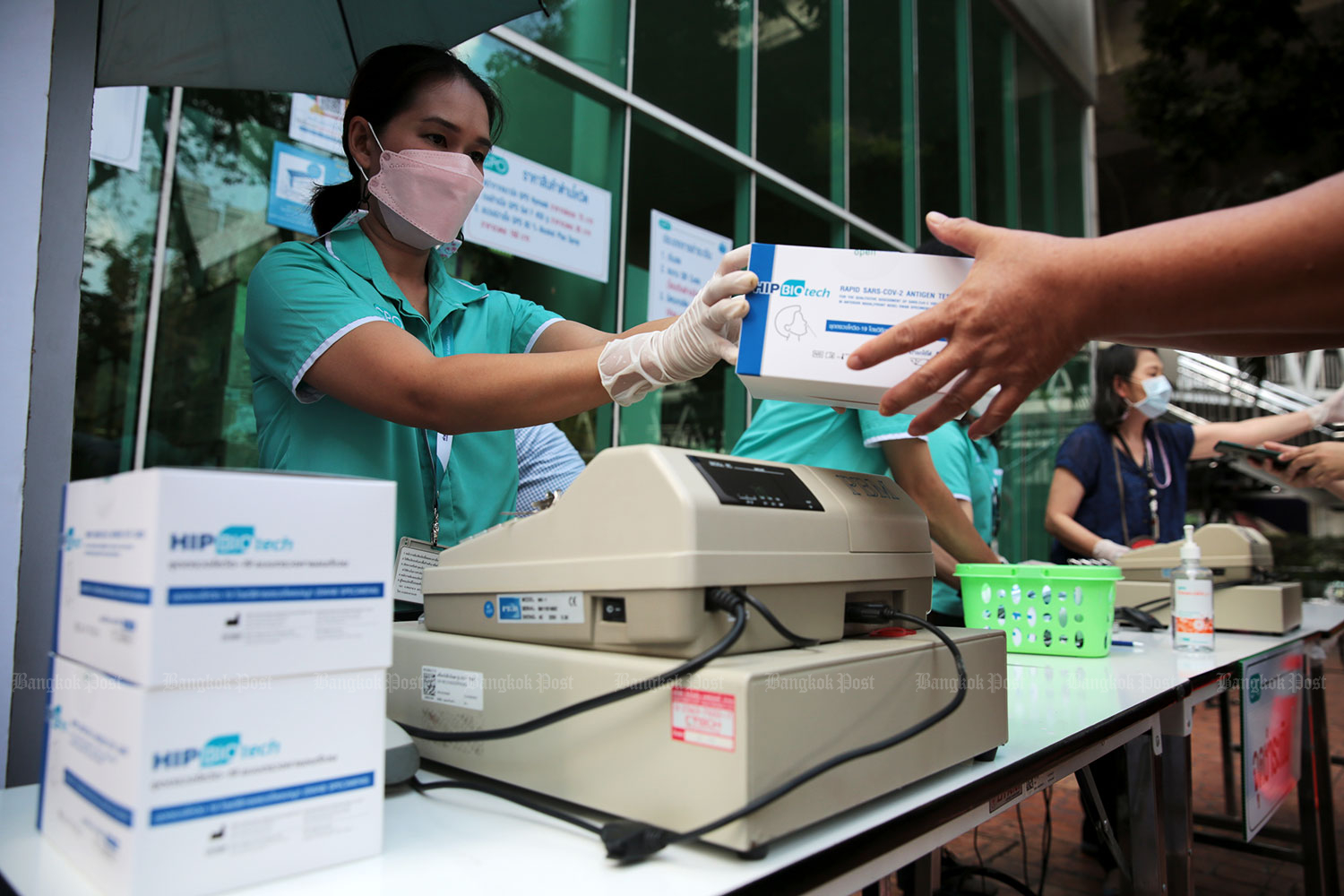 Selling like hot tests: Staff at the Ratchathewi branch of the Government Pharmaceutical Organization hand out boxes of antigen test kits priced at 700 baht. As each box contains 20 kits it works out at 35 baht per test. As this is below the average market price, about 1,000 boxes were sold in two hours. (Photo: Chnat Katanyu)

The measures would apply at 29 airports overseen by the DOP.

The AoT was also instructed to extend the payment of landing and parking charges and aircraft service charges due between April last year and January for nine months each, Mr Saksayam said.

The board also instructed the CAAT to help airlines by extending credit terms and the payment of international arrival and departure fees to March 31, he said.

The DOP was further instructed to cut rental fees for various activities on its property at a rate not lower than that set by the Treasury Department to March 31, the minister said.

The board also told the CAAT to work with the AoT, the DOP, Aeronautical Radio of Thailand Ltd and airport operators to improve service efficiency in order to reduce fuel costs, which in turn will help airlines save on their own operating costs.

The CAAT was also told to assess Omicron's effect on the aviation industry and to draw lessons from other countries, all towards implementing measures that better deal with the situation including shielding frontline personnel at airports against the virus, Mr Saksayam said.

However, the spread of Omicron has subsequently slowed the rising number of inbound flights.