Few names in classical music are as dreaded and venerated as New York Times reviewer Anthony Tommasini. The lanky writer, expressionless, tieless, inevitably seated on the aisle in Carnegie Hall or Lincoln Center, gives little indication of his thoughts during a performance. But within 24 hours, his printed judgements will have reached millions. And like a Roman Emperor signalling "up" or "down" to a gladiator, his opinions to a young artist can mean professional life or death.

Thus his thoughts on young Weiyin Chen several years ago were especially noteworthy.

"The hallmarks of Ms Chen's performance were the singing quality of her sound, and her attentiveness to inner voices and harmonic shadings," he wrote. "I was captivated by the breadth and warmth of the Mozart playing."

Bangkok audiences may well be equally captivated (for the second time) on Thursday, when Weiyin Chen and the Royal Bangkok Symphony Orchestra perform Wolfgang Amadeus Mozart's endearing emotional work for piano and orchestra, the 23rd Concerto In A Major. At that time, locals may set their own judgements with Mr Tommasini, as well as the plaudits of the SanDiegoStory.com reviewer, who wrote: "A stunning young pianist. Her keyboard touch proved consistently firm, meticulously balanced and tastefully assertive, and her sense of phrasing lucidly energeti"

While these articles are rarely personal, I had a special interest in reviewing Chen for the international music-review site Concertonet.com. We had shared a coffee, and I was impressed not only with her intense personality, but that two of her teachers, Leon Fleischer and Richard Goode, were among the most respected pianists in New York. When Chen performed several years later, I was in equal raptures.

Initially, she had played a difficult work written especially for her. Then she performed a Schubert sonata. I finished that review saying: "Ms Chen showed an individuality, a personal touch. She played through the storms and dances with vivacity, with transparency. Yet those last few measures -- like the final measures of the first movement -- were played not like an 'amen' but with the whisper of farewell."

The Taiwanese-born pianist has already played once before in Bangkok, performing the Grieg Piano Concerto, for the 86th birthday of the late King Bhumibol in 2013. That same year, she had released an album of music by Schubert (which Fanfare magazine compared to playing by the great Alfred Brendel), and had given concerts with some of the world's greatest orchestras.

Last year, Chen gave recitals in Carnegie Hall, the Gstaad Music Festival, and under the baton of her teacher, Leon Fleischer. When reviewers like the New York Times or this humble writer listen, she comes across as lucid, assured and with the greatest care for her music. 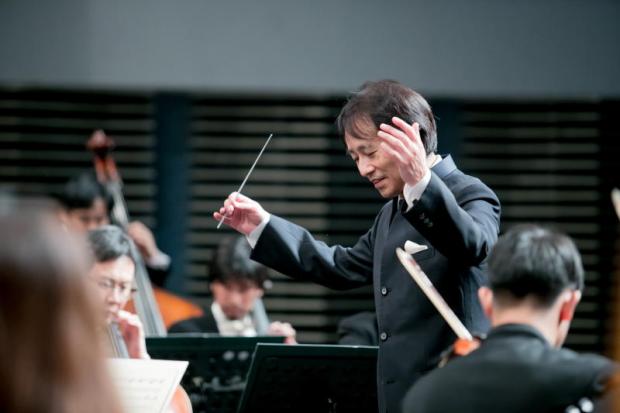 The Mozart 23rd Concerto may be especially challenging, since the slow movement is one of the most unique in all his works for piano and orchestra. Most of his concertos were written composed for a particular pianist -- usually to show off his/her talents. In 1786, his genius was overflowing. He was finishing Marriage Of Figaro, he had completed a second comic opera and he wrote three more piano concertos. Needing money (like most composers), he performed as well as composed, and this concerto was written for his talents.

The slow movement, though, was something special. The key of F-sharp minor had never been used, before or after. The Adagio -- very slow -- had never described the movements of any Mozart piano concerto. And unlike works which were passed around Vienna, Mozart wrote a special note about this 23rd Piano Concerto to a royal patron: "I keep compositions like this for myself, or a small group of connoisseurs who promise not to let them out of their hands."

That Adagio is so expressive that few pianists can reach its full depth. Weiyin Chen has the opportunity to plumb its profundity in Bangkok.

The year of that concerto was also the premiere of Figaro, and its joyful, delicious, utterly beguiling overture will open the programme, under the baton of Hide Shindori.

Mr Shindori is a familiar face (and baton) to Bangkok audiences, and around the world. Studying in Japan with Seiji Ozawa and others, he continued his studies in the Moscow State University. After a successful career in Japan, he was admitted to London's Royal Opera House (Covent Garden) under Bernard Haitink and Christoph von Dohnanyi. Since then he has won several awards, and conducted numerous orchestras in Europe and Japan, collaborating with artists like Gil Shaham and Takato Takahashi.

Where Dvorák's New World symphony ended the March 27 concert, an even more interesting Dvorák's symphony, the Eighth will end Thursday's concert. Also known as the Dvorák Fourth Symphony (the puzzling enumeration of the symphonies is too convoluted to be discussed here), the piece was composed when Dvorák was home in Bohemia. His previous symphony had been turbulent, his next was "American". This work, though, is glowing, optimistic, it is rhythmic, ebullient, and even the final movement with its fanfares of trumpets can be seen as an affirmation of life.

Perhaps Dvorák's finest 20th century conductor, the Czech Rafael Kubelik, had once been questioned about the apparent martial flavour of the ending. He looked around, smiled, waved to his orchestra and said: "You know, in other parts of European music, the trumpets and drums can be a call to battle and to war.

"With Dvorák and his Eighth Symphony, trumpets and drums are a call for the dance!" 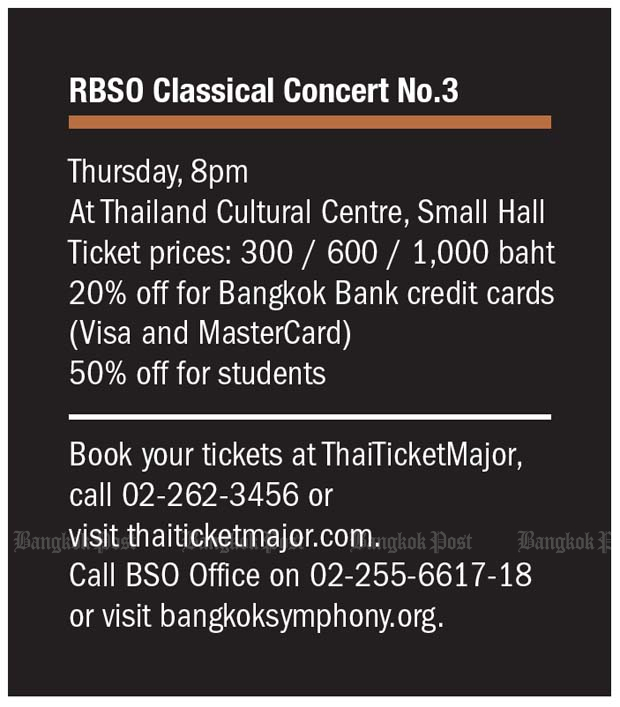