Apichatpong's memory of the world

It begins with a bang. Maybe the Big Bang, a culmination of cosmic murmur and subterranean hum that explodes like a burst of revelation, a sonic release of the weight of all human pain. In Apichatpong Weerasethakul's new film Memoria, a woman wakes up one morning in Bogota jolted by a mysterious sound -- a metallic, visceral, bottom-of-the-well bang. The woman, orchid farm owner Jessica (played by Tilda Swinton), wanders the Colombian capital in a daze, haunted by the unshakable aural echo, then leaves the city and heads to the mountains, where the phantom of the bang shadows her.

The soulful, humanist Memoria, the latest feature film by the Thai director, is an international co-production set to premiere at the 74th Cannes Film Festival, which begins next Tuesday. Shot entirely in Colombia on 35mm, the dialogue is in Spanish and English and the film has been funded by a dozen production outfits and grant bodies around the world, including Thailand. In 2010, Apichatpong won Cannes' biggest prize, the Palme d'Or, with Uncle Boonmee Who Can Recall His Past Lives, an enigmatic fable about the Northeast's communist past; now Memoria, which has taken the Thai director to the South American jungles still bearing the scars of conflict and doomed revolution, is his return to the premier league of world cinema.

With British actress Tilda Swinton in the lead -- in one her finest roles in years -- and with a crew consisting of Colombians and Thais (Sayumbhu Mukdeeprom was the cinematographer; Sompot Chidgasornpongse the assistant director), Memoria transcends the usual, outdated delineation of national cinema. For the filmmaker, stories recognise no borders, dreams can traverse oceans, and memories are communal, pre-human, interchangeable. At Cannes, Apichatpong has another film in the Special Screening: a short work in the ensemble The Year Of The Everlasting Storm, in which filmmakers from seven countries contributed films about the pandemic years.

The Thai filmmaker is currently in France, on his way to Cannes and also to prepare for his visual art exhibition "Periphery Of The Night" at Institut d'Art Contemporain Villeurbanne. I posed seven questions to him regarding Memoria, and here are Apichatpong's answers. 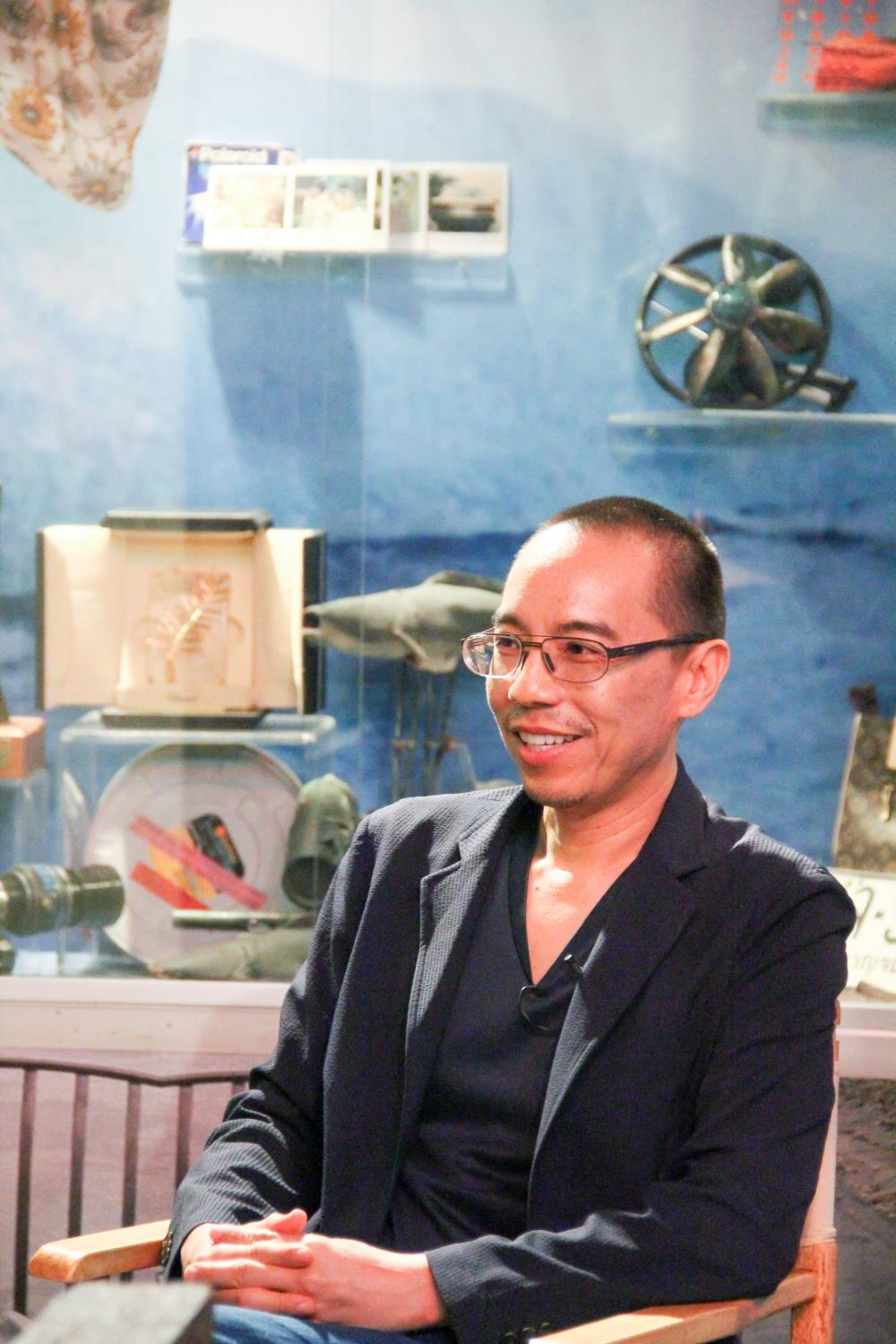 On making a film in Colombia and shooting outside Thailand: What was the hardest part, the easiest part, the biggest surprise?

The hardest part was my imagination about having to work in an unfamiliar environment. I kept thinking about many foreign productions that took place in Thailand and how they always ended up funny. The easiest part was the actual shooting. I spent no time worrying and embraced the experience. The crew and cast bonded quickly, allowing me to focus on the core of the film -- which I think is its tempo. Plus the weather turned out to match our daily schedule. That's a miracle, considering how unpredictable Bogota's weather is.

On Tilda Swinton: She's so good in the film. How much of what we see in the film was planned, how much was improvised?

A lot was planned. I operated like when I was in Thailand: we improvised during the rehearsal, then adjusted the script before shooting. A lot of scenes contained no dialogue, so Tilda was devising shades of movements until we agreed that she was Jessica. Then Jessica evolved.

As a personal rule, I don't focus on a character's motive or background. I didn't know how long Jessica had lived in Colombia, who her husband was, what she needed to accomplish in Bogota, how big was her orchid in Medellin, what kind of car she drove, and so on. These details sometimes crept up and I had to give answers on the spot. I knew that Jessica was here for a while, she had lost her husband not long ago. That's it. I felt that this intentionally opaque background kept me excited. I continued guessing her even towards the post-production. Tilda jumped wholeheartedly into the process and delivered the most moving transformation. In short, a lot on the screen was Tilda's interpretation. 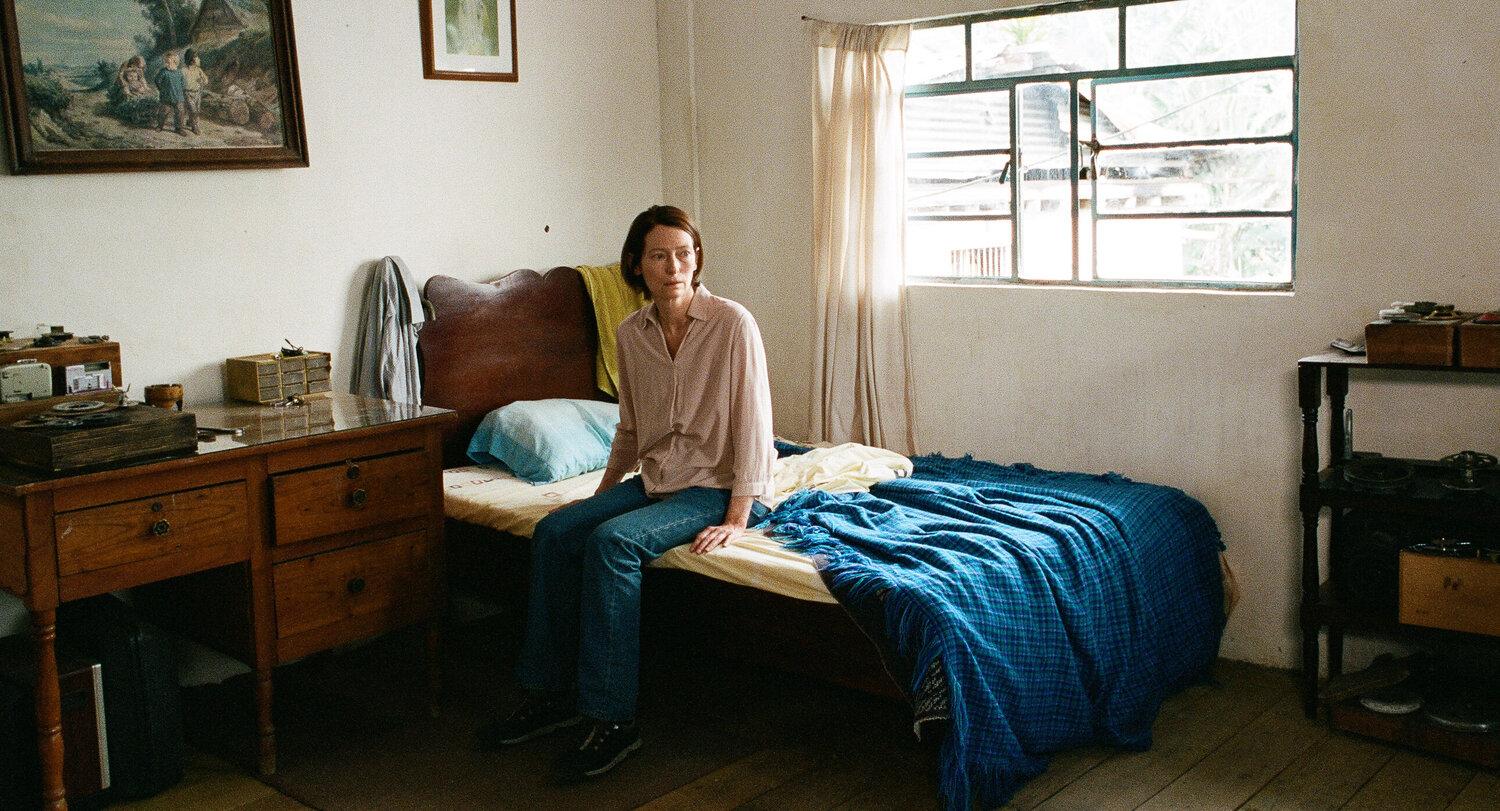 On language: What was it like shooting in a language that you are not familiar with? I knew you took Spanish lessons, but still, what was it like hearing the dialogue and the crew speaking in Spanish?

I enjoyed so much working in a language I couldn't properly speak. It became music. I depended fully on my team, especially on the language coaches. There are many ways to deliver a line; how to achieve something that is not like a soap opera? I thought I knew but I didn't.

I talked with my Japanese friend about the performance in Yazujiro Ozu's films. I was surprised to learn that what I thought was 'natural' was the opposite. The dialogue was stylised and not reflecting how people actually spoke at the time. So this was the challenge, to understand as a team what kind of 'reality' our language stood on. So the coaches were sensitive to what I was after. They studied my past films to get the rhythm. I then focused on the pauses, rather than the spoken words.

On the use of sound: Sound is always an element in your films, but in this one, it's the genesis, the raison d'etre, the repository of memory.

The film was inspired by the 'bang' that happened in my head, a peculiar symptom. Making the film was like a journey that was built around its 'echo'. I synchronised with Jessica, not at first, but as Tilda revealed her as we went along, I was hyper-aware of her acoustic environment. It's like she was a microphone and sound was her food. She was navigating and deciphering the environment, the bang. This movie was about looking, listening, like meditation. 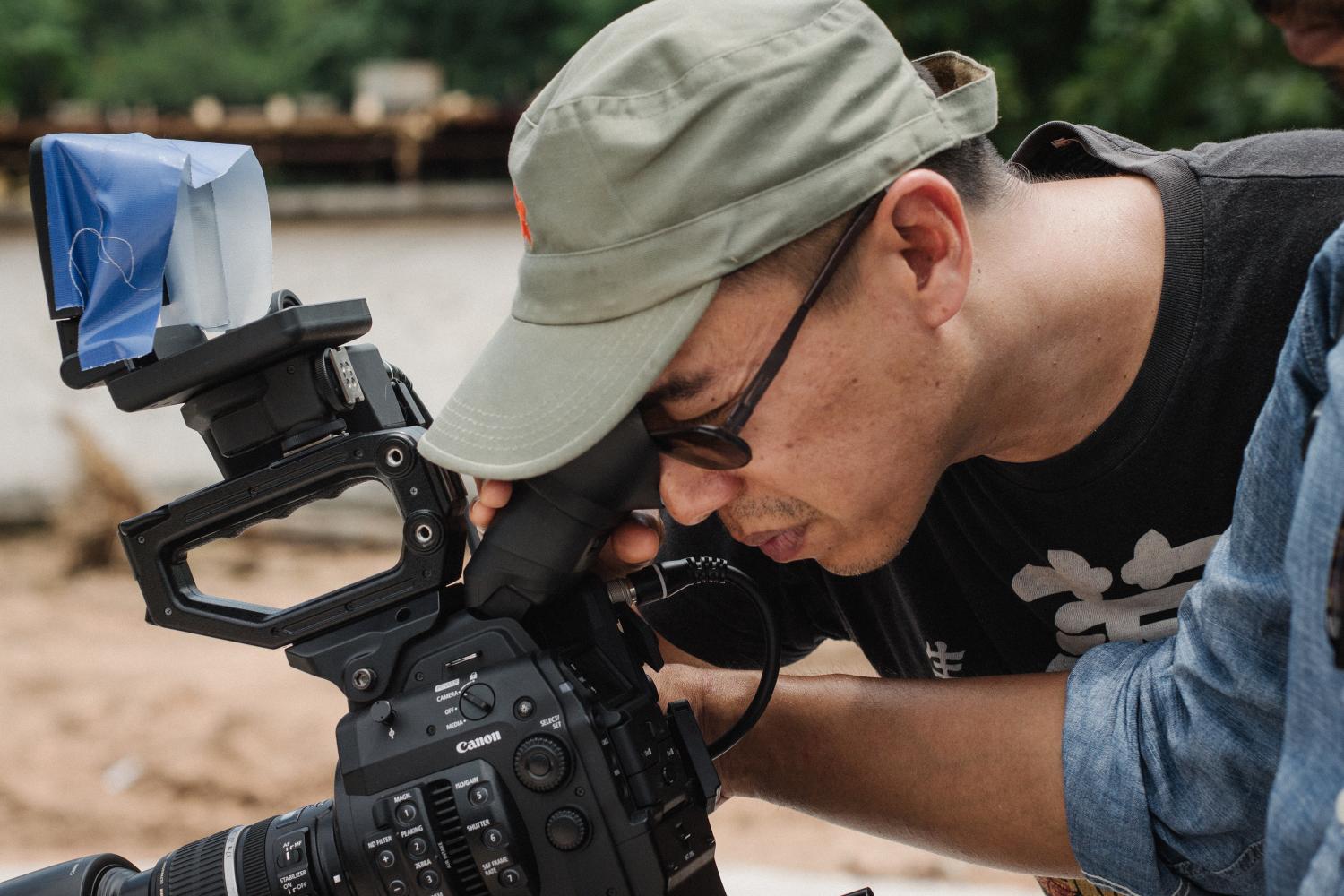 On memoria -- memory: Do you think the world shares the same primitive memory? Do Colombia and Thailand share any memory, historical, political or metaphorical?

Yes, the Earth is not that massive, but rich, like a person holding memories in her head. We are bound by a global current that, to me, is still in its primitive form. Thailand and Colombia suffer a kind of authoritarian rule that doesn't bother to disguise itself. So personally, I feel I share similar anxieties and dreams as with many Colombians.

On having two films in Cannes: Is there any shared quality between the two films, Memoria and your short in The Year Of The Everlasting Storm?

They are both about trying to synchronise. In Memoria, Jessica is in the process of fine-tuning her existence, activated by the memories of others. She's like cinema in a way, a fiction that is building itself through time. In the short film, I was trying to capture the rhythm of the insects at home, luring them into my bed during the quarantine. Both films end with a rain. These million beads of water connect us, become us, become our music.

Memoria is expected to screen in Thailand later this year.