With his lifelong passion for politics and social justice, digital illustrator and charcoal drawer Kasidith Nuchjarearn created a non-fungible token, or NFT, that reflects on how society lacks sympathy but is full of corruption.

"Art is my religion now. It is also my voice. I use my work to speak what I can't in a country where everything seems wrong," said Kasidith.

"I combined two funny elements into the piece on the classic American comic book cover. I animated them and combined them with my friend's music. So this piece makes fun of the crypto community or internet culture," he said happily.

NFTs have seen a sharp rise in popularity in recent years, with various marketplaces available for art aficionados, collectors and investors alike to make trades. With such a high popularity and rising demands, artists around the world have jumped on the digital art bandwagon with hopes to create pieces that can draw attention from the younger generation and at the same time rake in some cash.

Artists in Thailand are no exception. Nuttawat, for one, accepts that NFTs were disrupting the art world and re-defined the meaning of art by creating a window of opportunities for creators who "do not fit in the local market" to show their talents and creativity to new audiences. 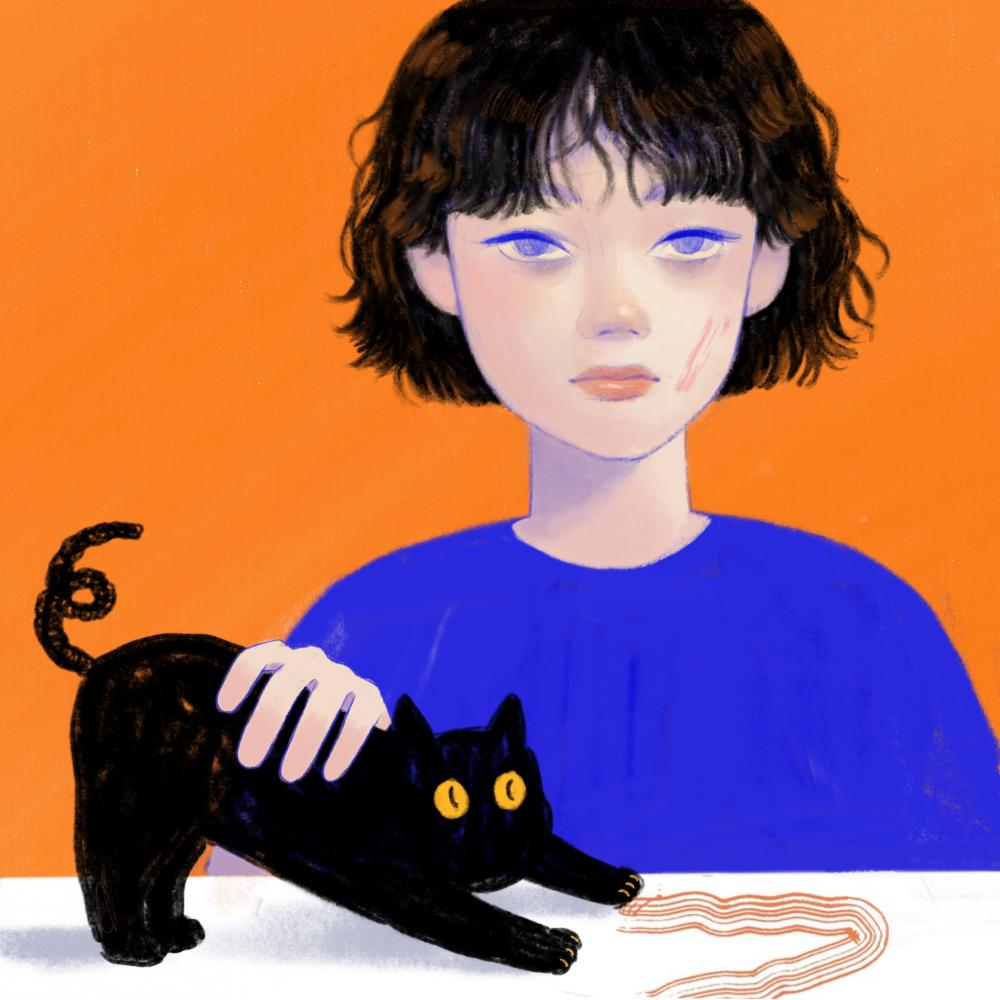 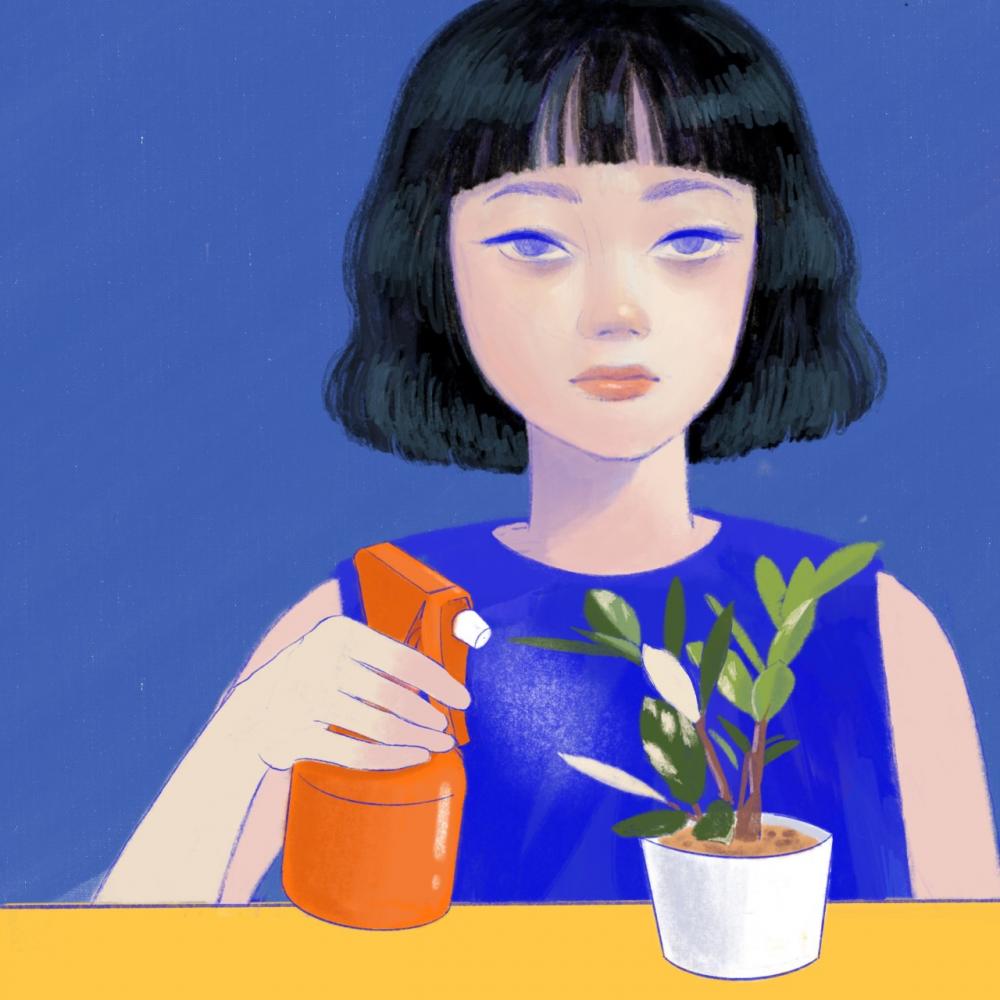 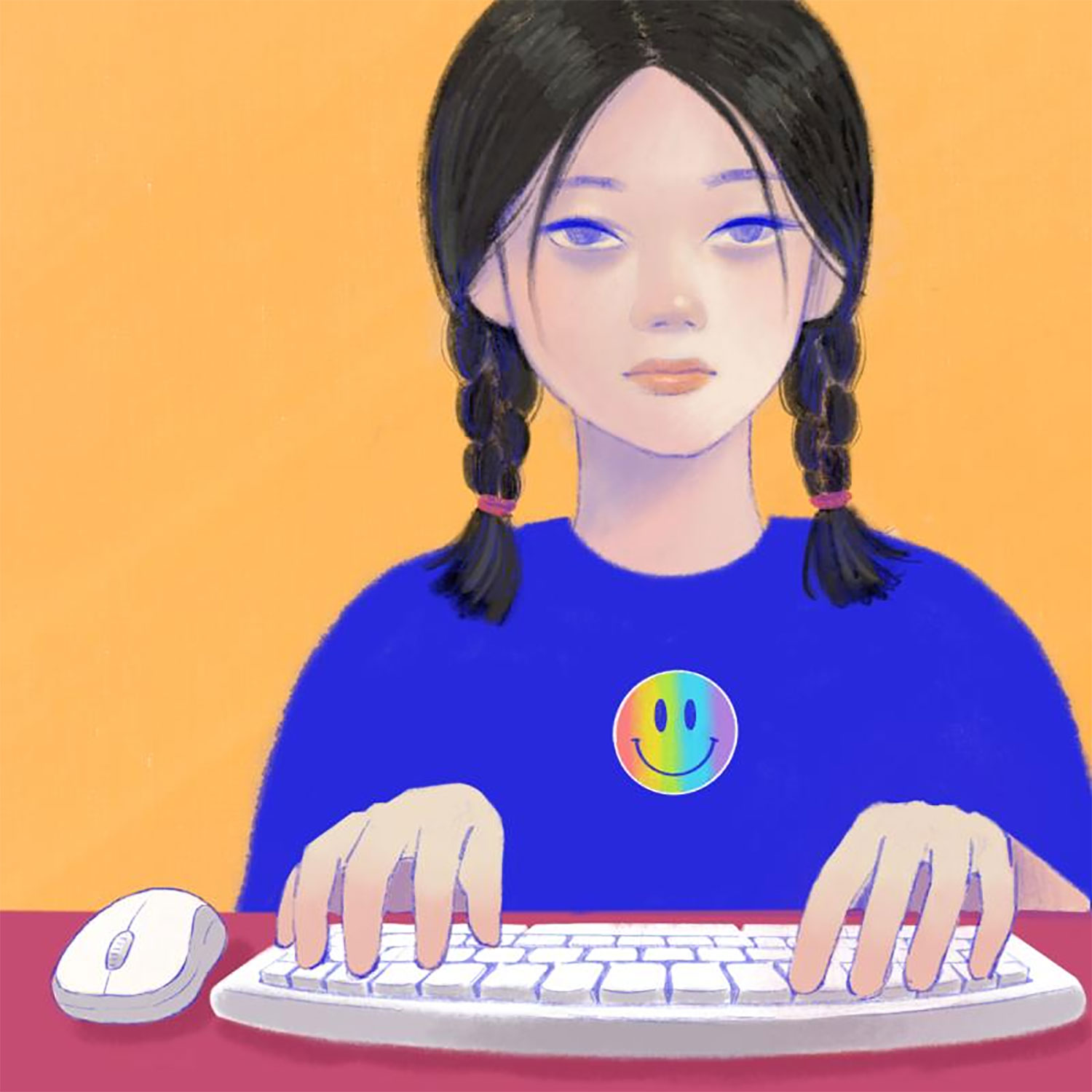 "And this kind of thing made a community," he added.

Manga artist Pimchanok Teepapong believes her traditional and digital paintings were both endowed with value in the NFT space. She turned all her favourite 80s anime paintings into NFT artwork and built her virtual gallery Paerytopia to display this new collection since she couldn't hold a solo exhibition due to the pandemic.

"If you create something physical but want to add more value, you can convert it into an NFT. If it is worth more in the NFT marketplace, then the value of the physical assets will increase as well," she said.

NFT art was "a major step forward in the art world where creativity is not blocked and artists have more freedom to produce the artwork in the way they like," she said.

Anime painter Kanokwan Sutthang said that this overthrew the traditional belief that "art must be displayed in the real world". She said the NFT was an alternative method of selling or buying artwork and it didn't diminish the charm of physical artwork since many traditional artists, including herself, began to ride the NFT train.

Kasidith said that "the charm of looking, feeling or even smelling" the physical still remained, whereas "NFTs could connect people, gain more audiences who appreciate the artist and create value for digital assets. It has its own strength and attraction that the other one can't fulfil". 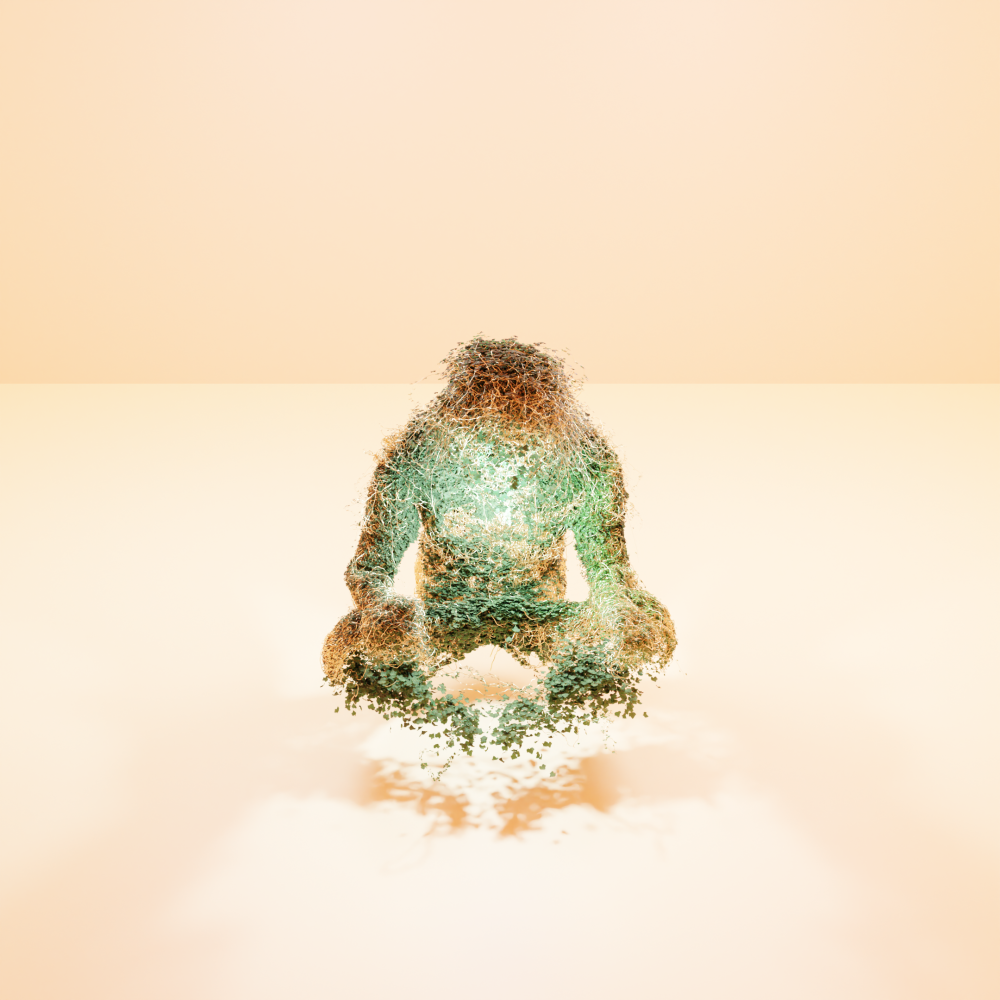 "It doesn't have to be digital painting", since "people create magnificent things out of it whether it is jewel NFTs where you could get the real piece of that jewellery, collectables or even a concert ticket for the concert in the virtual world", he added.

At the same time, more digital work is appearing in physical shows, like the Bangkok Art Biennale Virtual Space. Alastair Peat, a British CAD engineer, noted that the divide between the physical and digital art world was bridged through NFTs.

The Mancunian creates abstract images by using a range of modern techniques like the open-source 3D modelling software Blender. He often experiments with geometry, noise and colour to produce various figurative pieces that resonate with audiences in a way that is indescribable through languages like alchemy and mysticism.

"I wouldn't have been seen by a lot of these people if it weren't for this cultural blend that NFTs seems to incorporate," Peat said.

Since 2019, NFTs have opened up his innovative design and creative artwork to a whole new set of eyes that might previously have been operating in different networks. He said that the online crypto market was a supportive community as it combined interesting circles of crypto investors and tech enthusiasts into an artistic scene.

Before NFTs became the biggest game-changer in the digital art landscape, Peat lamented that most digital artists would end up being hired to produce videos, games, movies and having to abide by a corporate standard. This limited the artists' freedom of expression and blocked their fresh ideas. 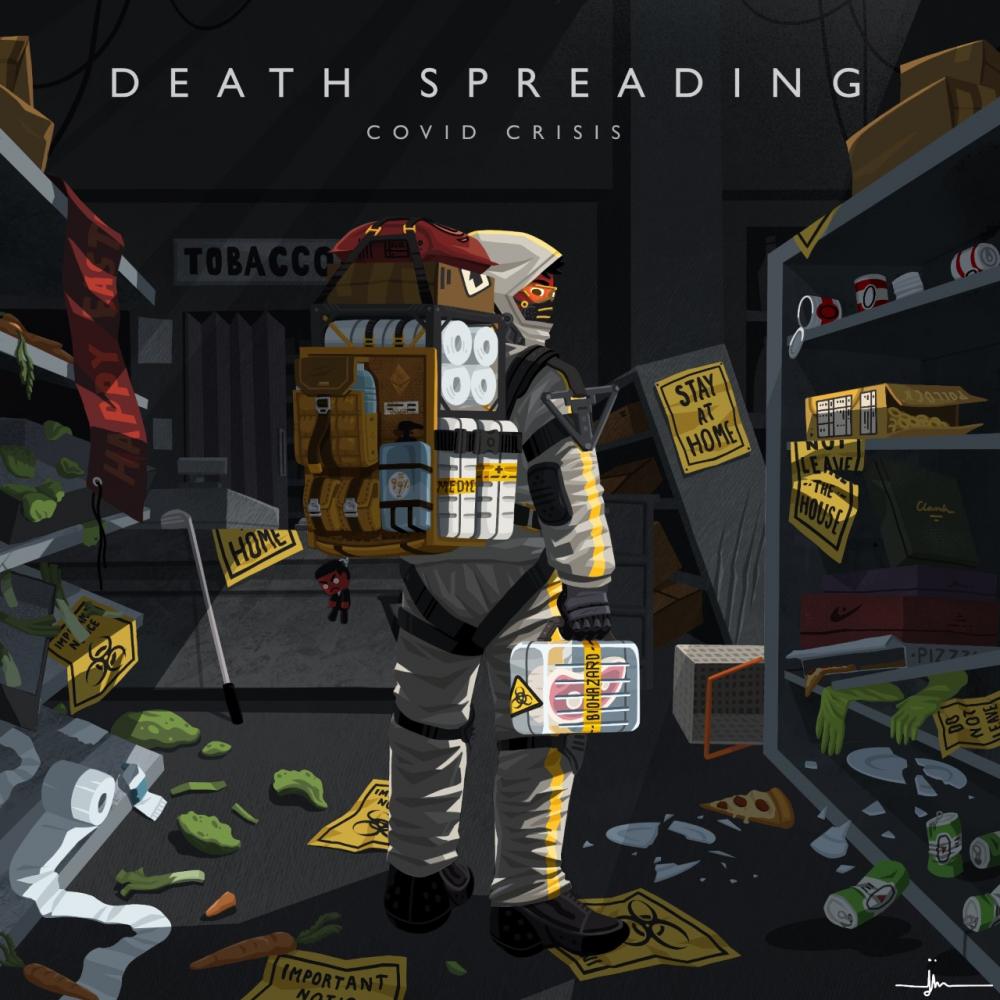 Finally, NFTs democratise this creative process and provide fair payment for digital artists in the same way that traditional artists got paid for their own work. In this way, NFTs have the unique ability to financially empower emerging artists by providing more freedom to increase creativity and add more value to their digital artwork.

Peat explained that the NFT was "an added proof of ownership that can go with a physical piece of work, only making the contract of ownership more secure". In fact, these tokens are designated as digital certificates to check the authenticity and original ownership before collectors purchase the artwork.

Like many new-generation artists, Nuttawat and Kanokwan both believed that advancements in blockchain technology would increase transparency and accountability in the NFT ecosystem. In fact, Dash's digital team has developed a platform that helps people create apps that can block NFT spammers.

Still, they realise the high risk of fraud, scams and hacking in the NFT marketplaces, as they understand that NFTs are a new moneymaking opportunity. Regarding security, Peat strongly suggested keeping passwords and only trading NFTs on trusted sites. 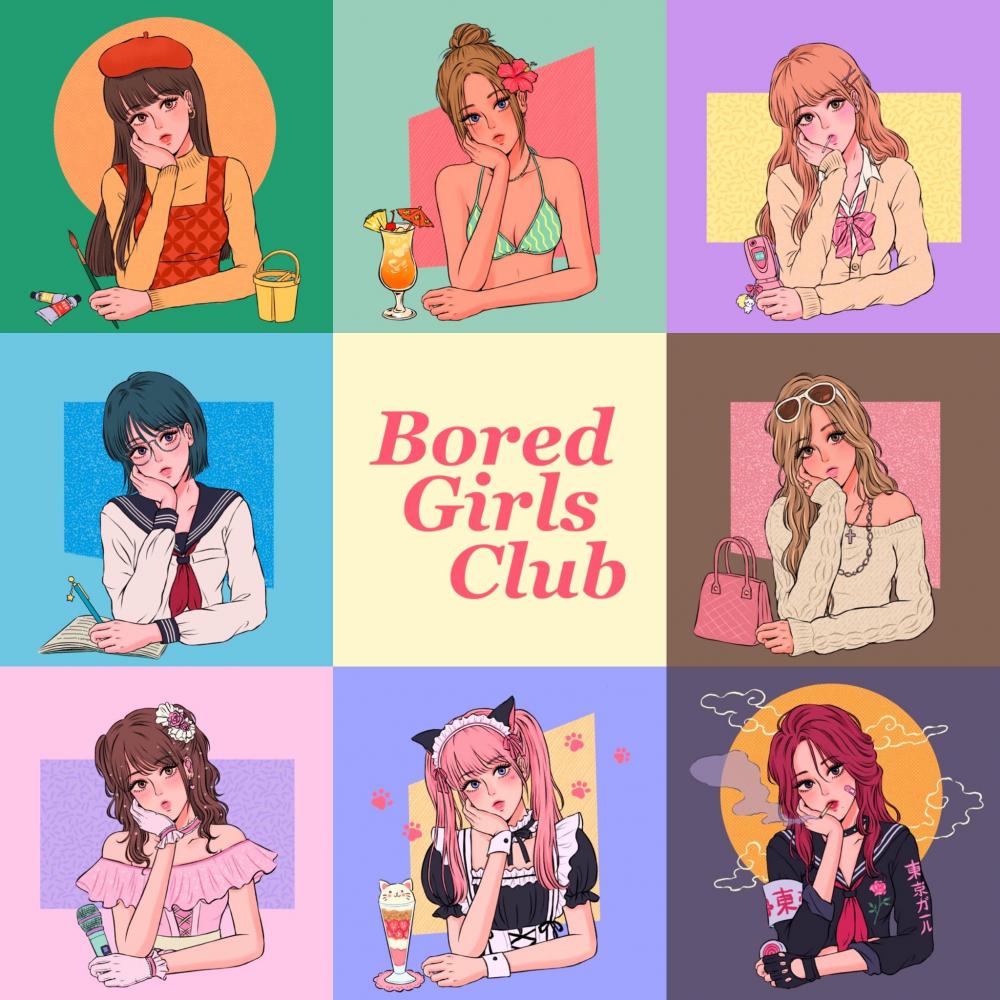 Moreover, there are other non-financial benefits that outweigh this insecurity. Kasidith said that there were a lot of NFT scams, but "along the way, I have also found a lot of friends too with strong communities and passionate people".

"No one knows what the future holds but I am pretty satisfied with what led me to this point," Kasidith said.

Pimchanok noted that the NFT world has widened her connections with international artists.

Similarly, Peat said that a special connection with his artworks as well as a good relationship between artists and collectors occur in the NFT space because his work "is being created to be owned by someone else, almost like you are giving away a part of yourself into the digital aether".

"It is a good feeling knowing that someone has purchased your work and owns it as you are able to spread this to people who appreciate the work, which makes you appreciate the buyer as well," Peat said.

Some creators refuse to engage with this online community on the grounds of climate change. French artist Joanie Lemercier joined the protests against crypto-mining after becoming aware that an NFT transaction equals his two-year energy consumption in his studio. 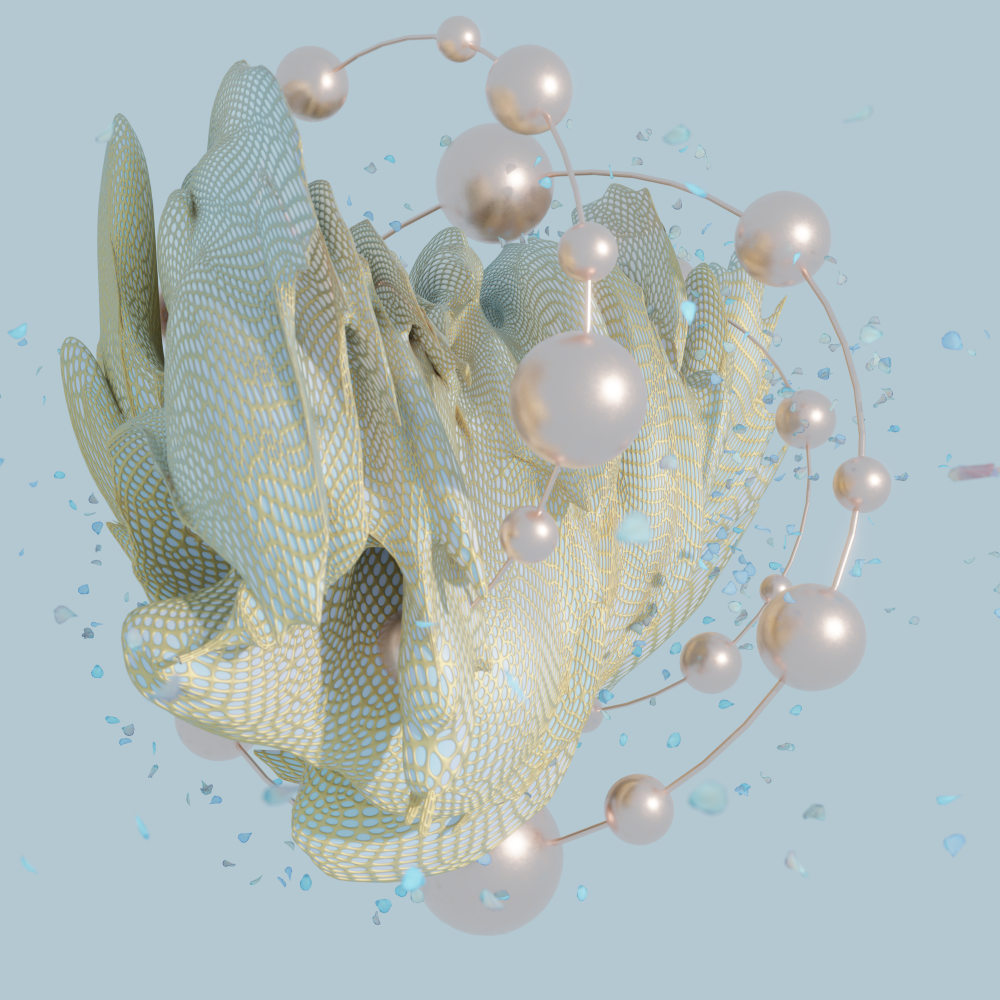 Apart from this environmental responsibility, some artists found it harder to appreciate digital art.

"I am not against NFTs at all but certain forms of visual art should still be something touchable. I believe my audience can feel me through my brush, my colours, my textures, something created by my own hands, not the computer," said Kate*, a Thai landscape painter.

She also expressed concerns that NFT artwork would eventually destroy the value and the aesthetic beauty of physical versions since it is difficult to determine the originality and uniqueness in the digital realm.

*Kate is a pseudonym used for the artist's anonymity. 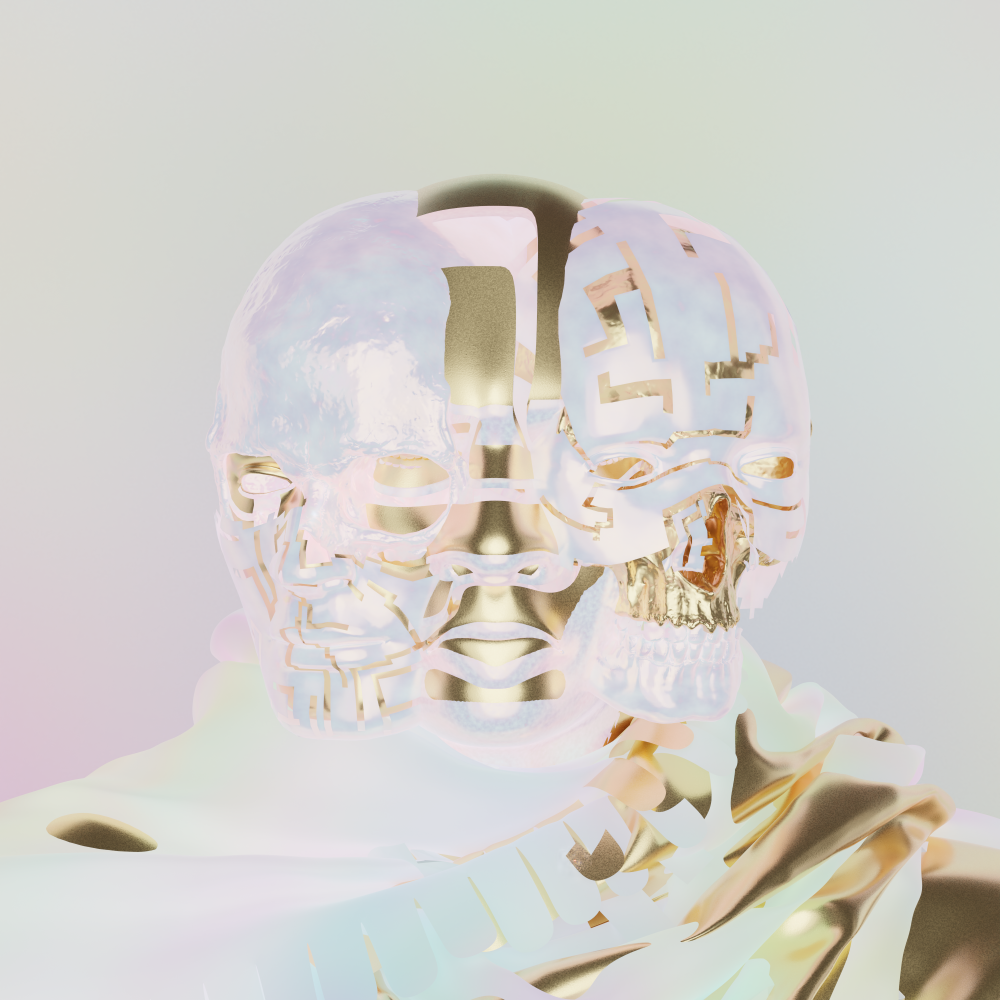 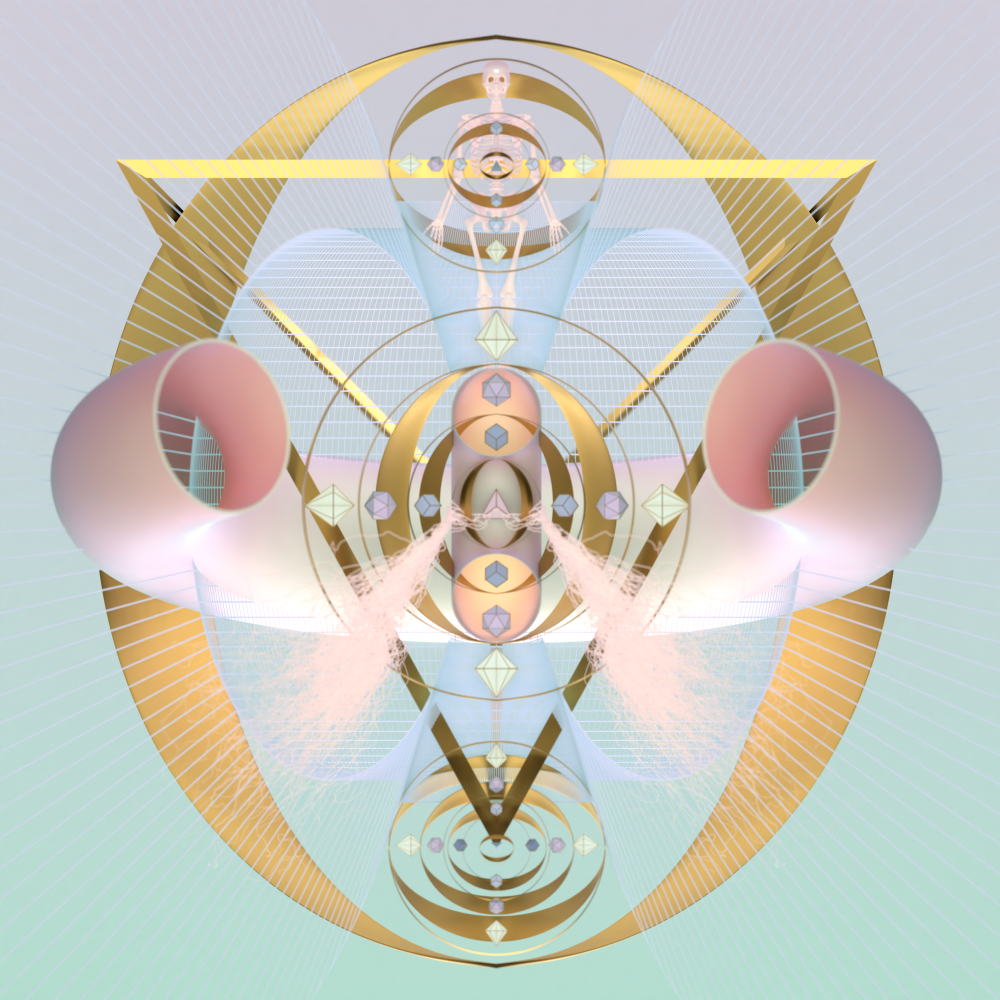 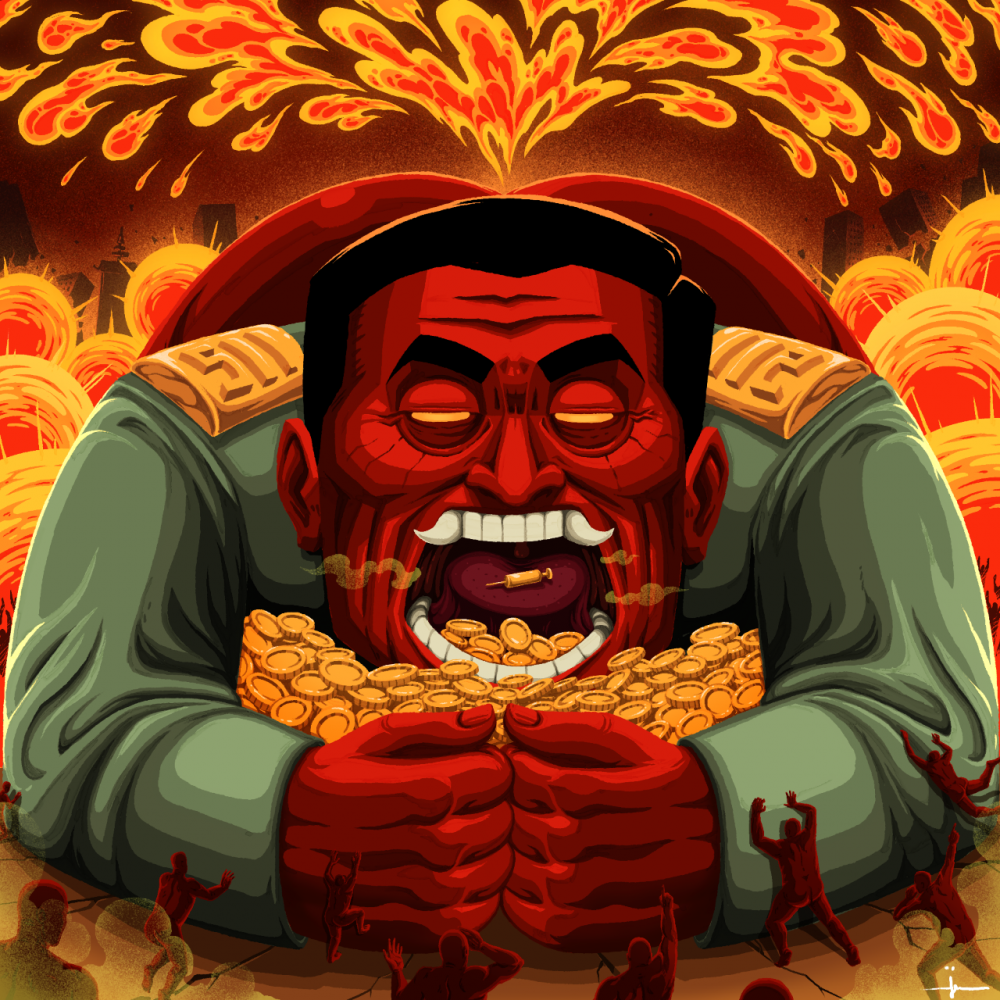 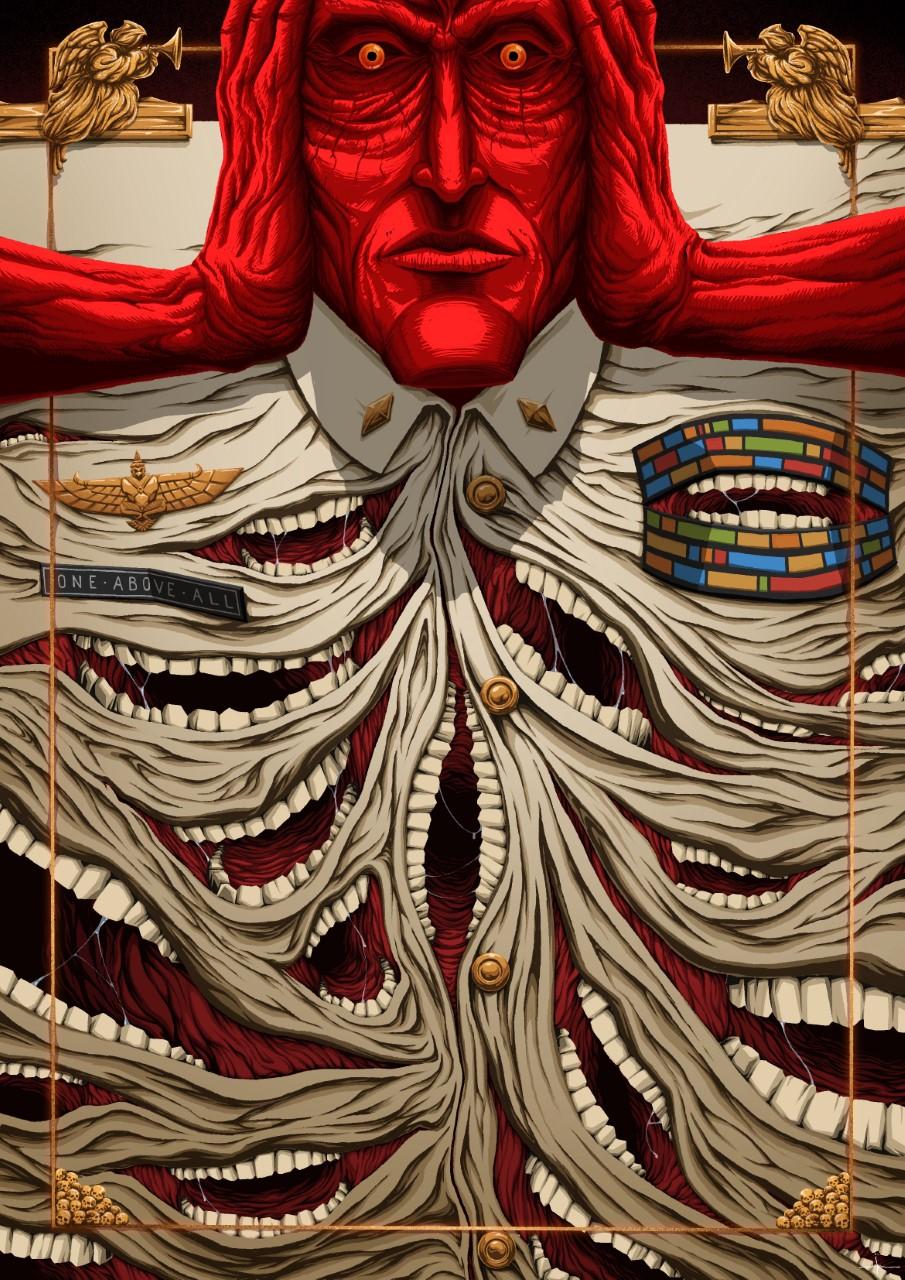 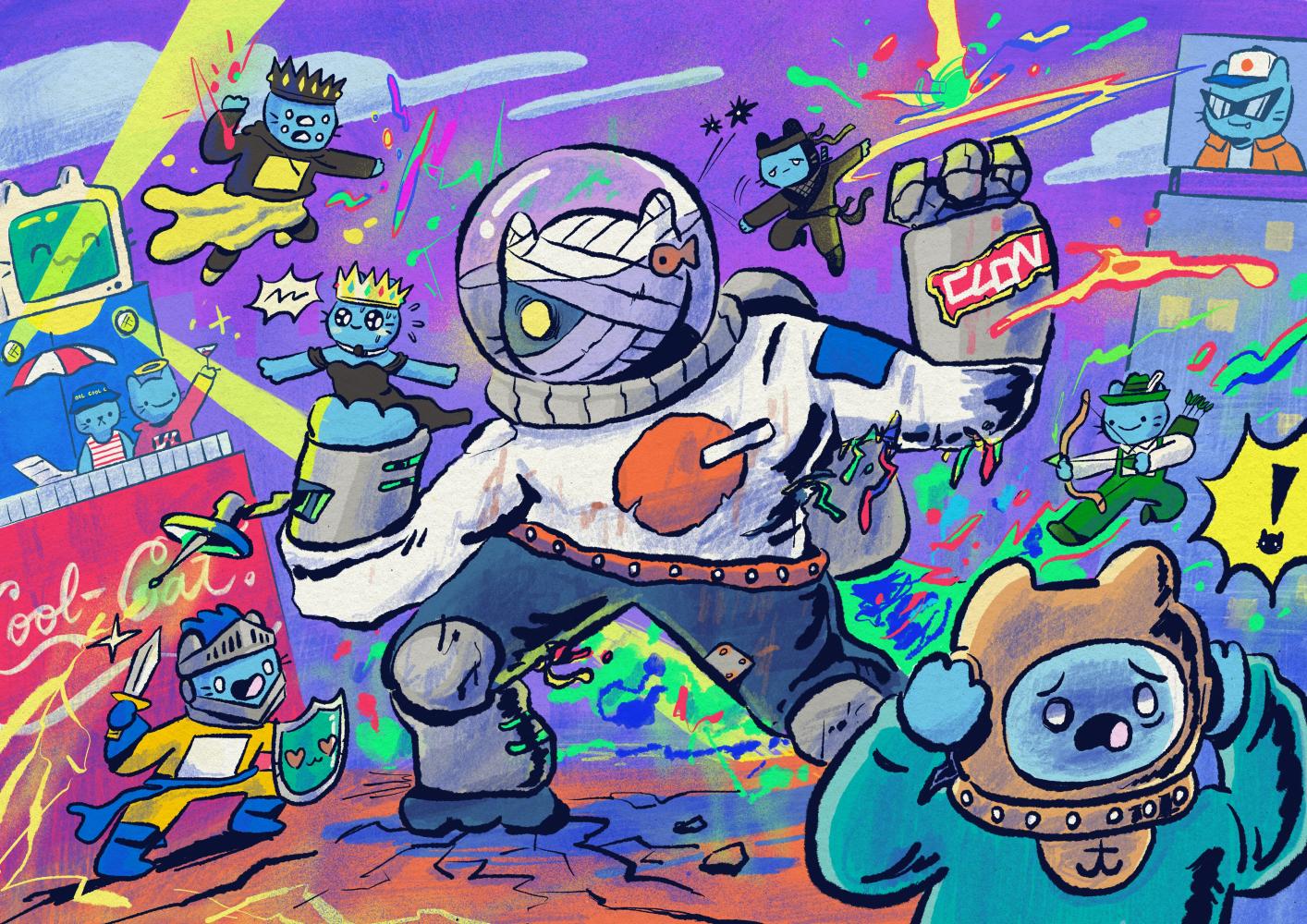 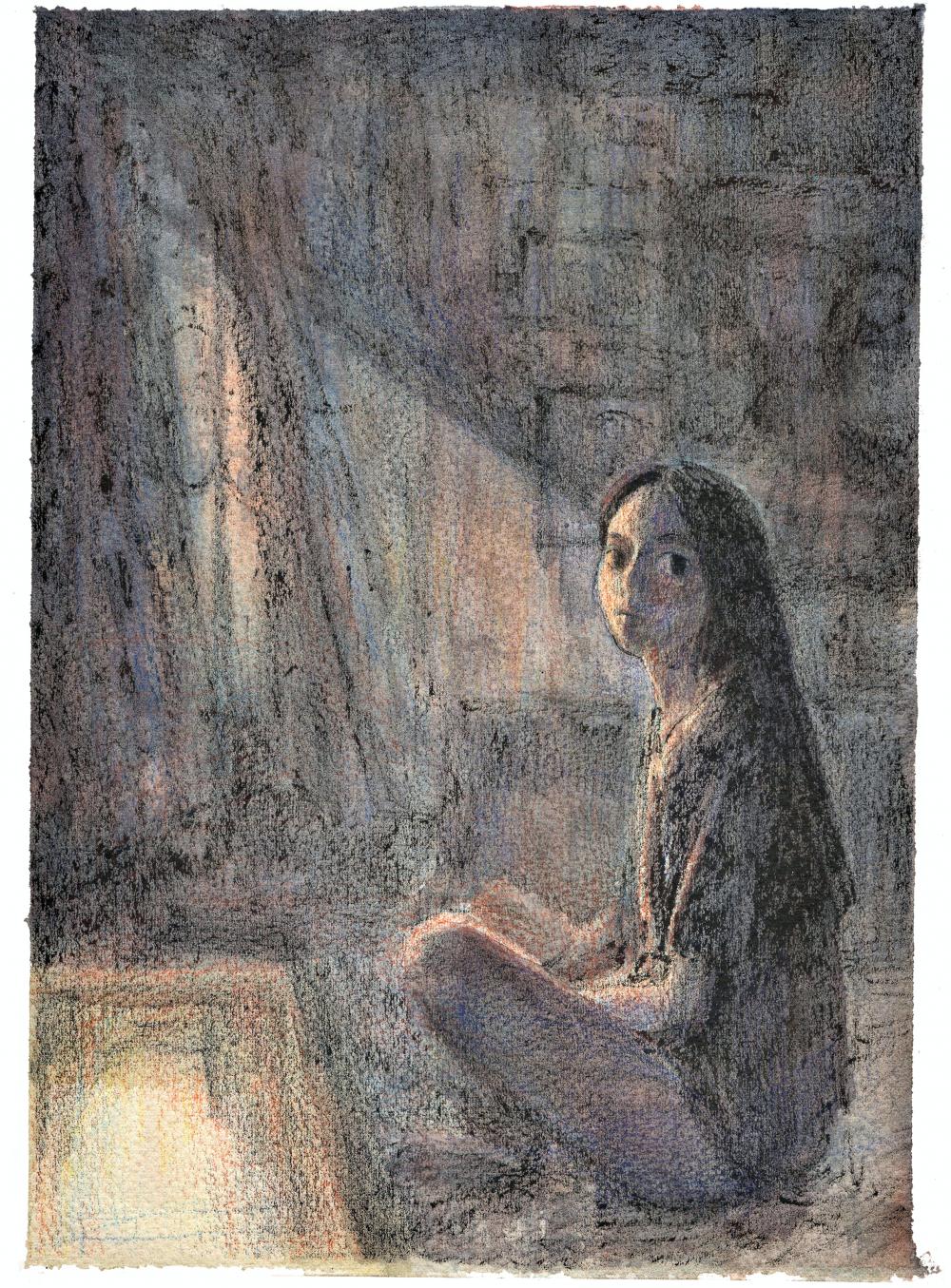 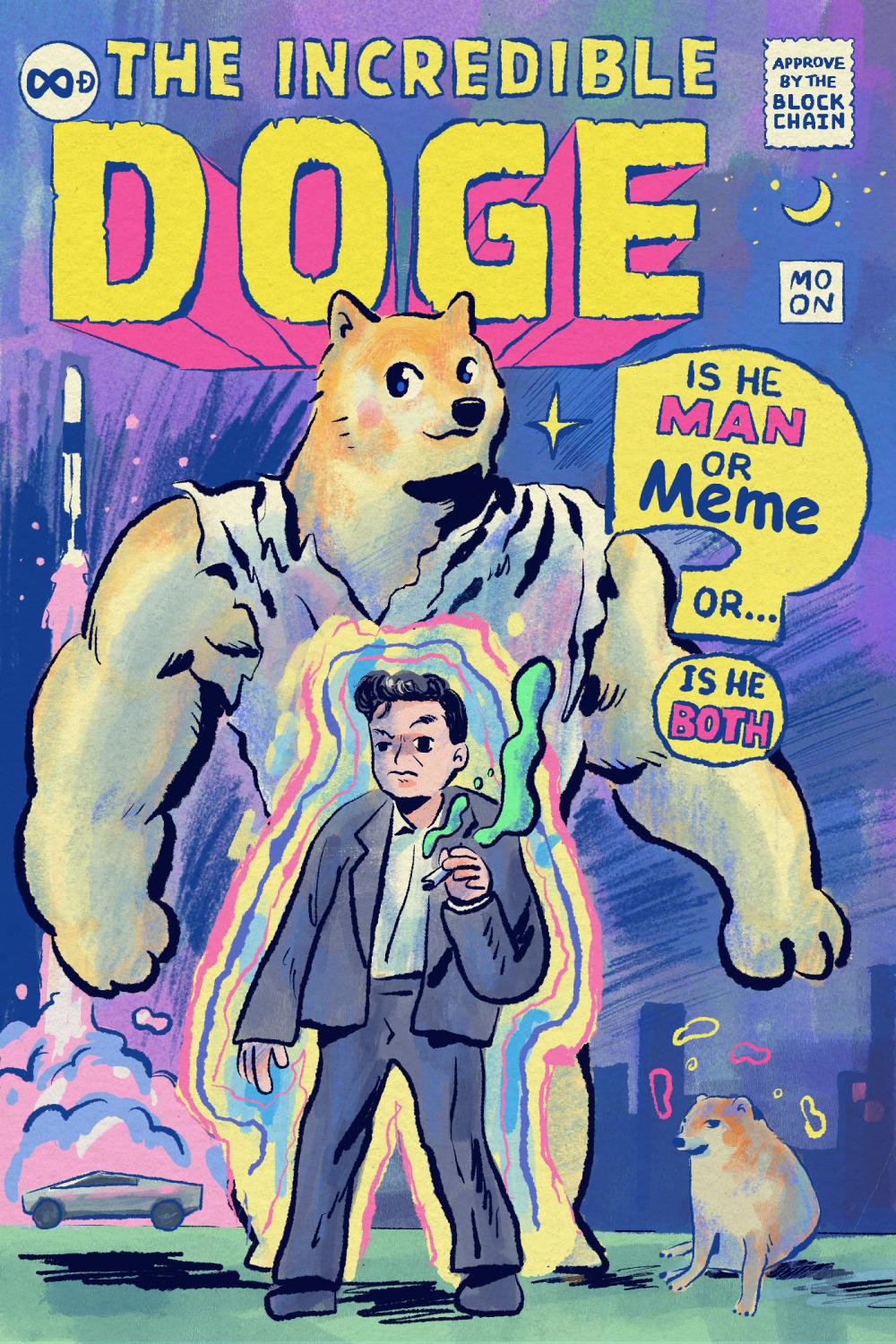 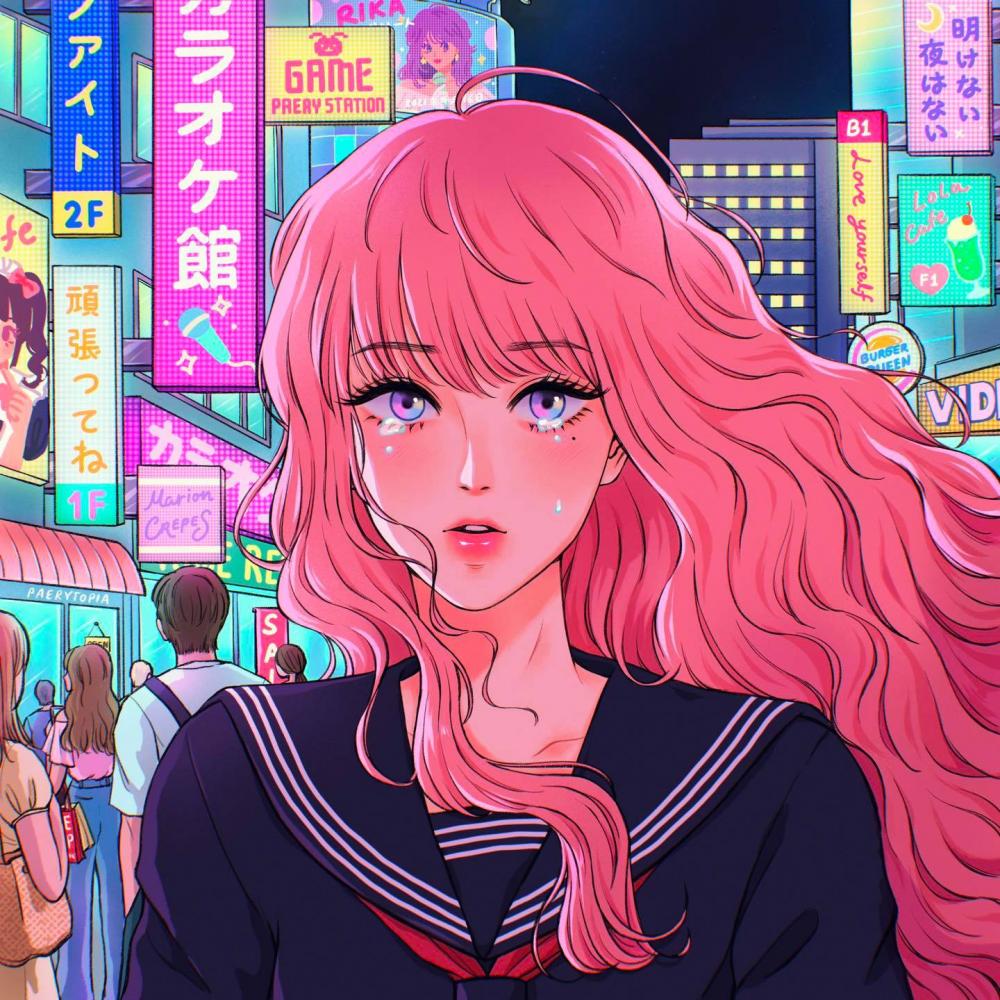 The Lost Girl: In the city night, I am lost in the sea of people who don't know me. (Photo: Pimchanok Teepapong) 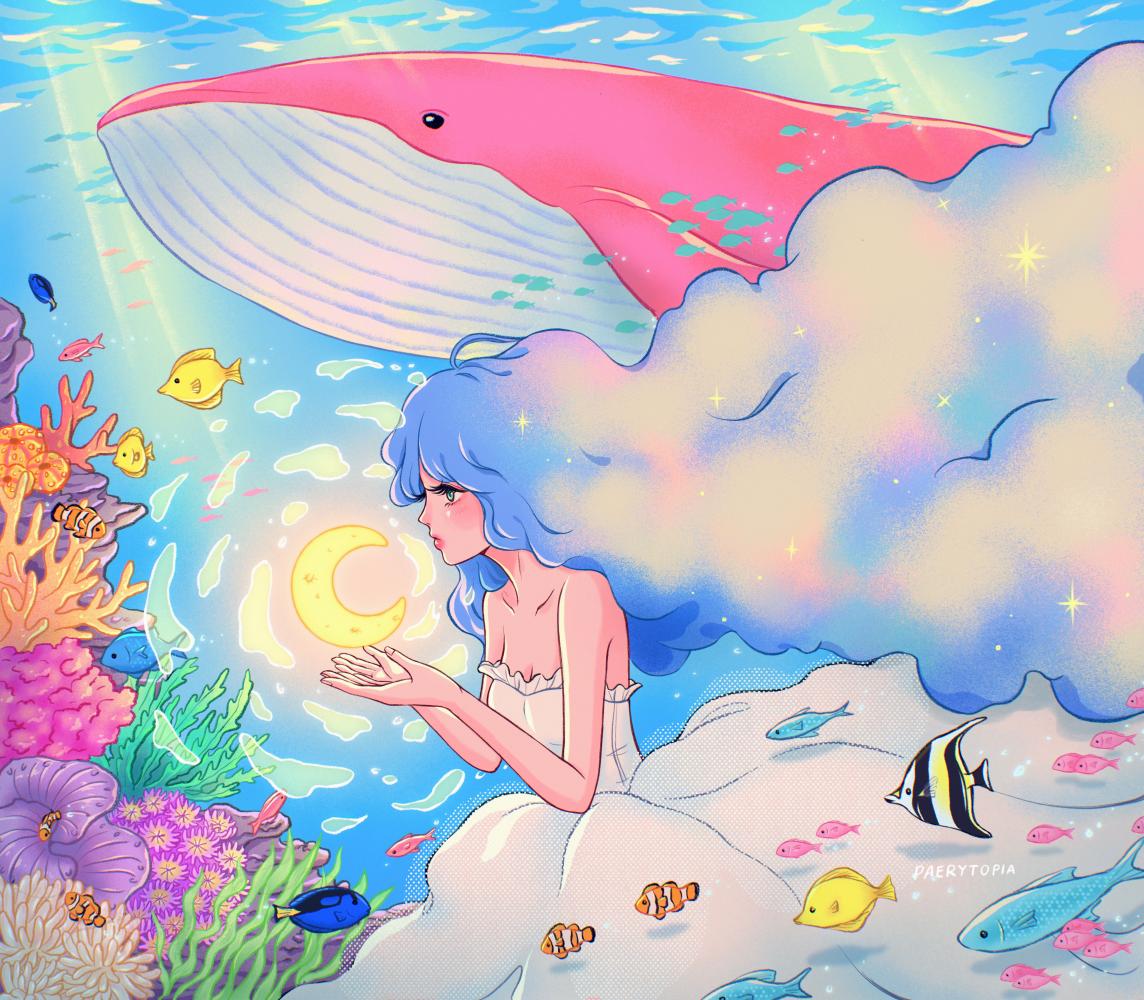 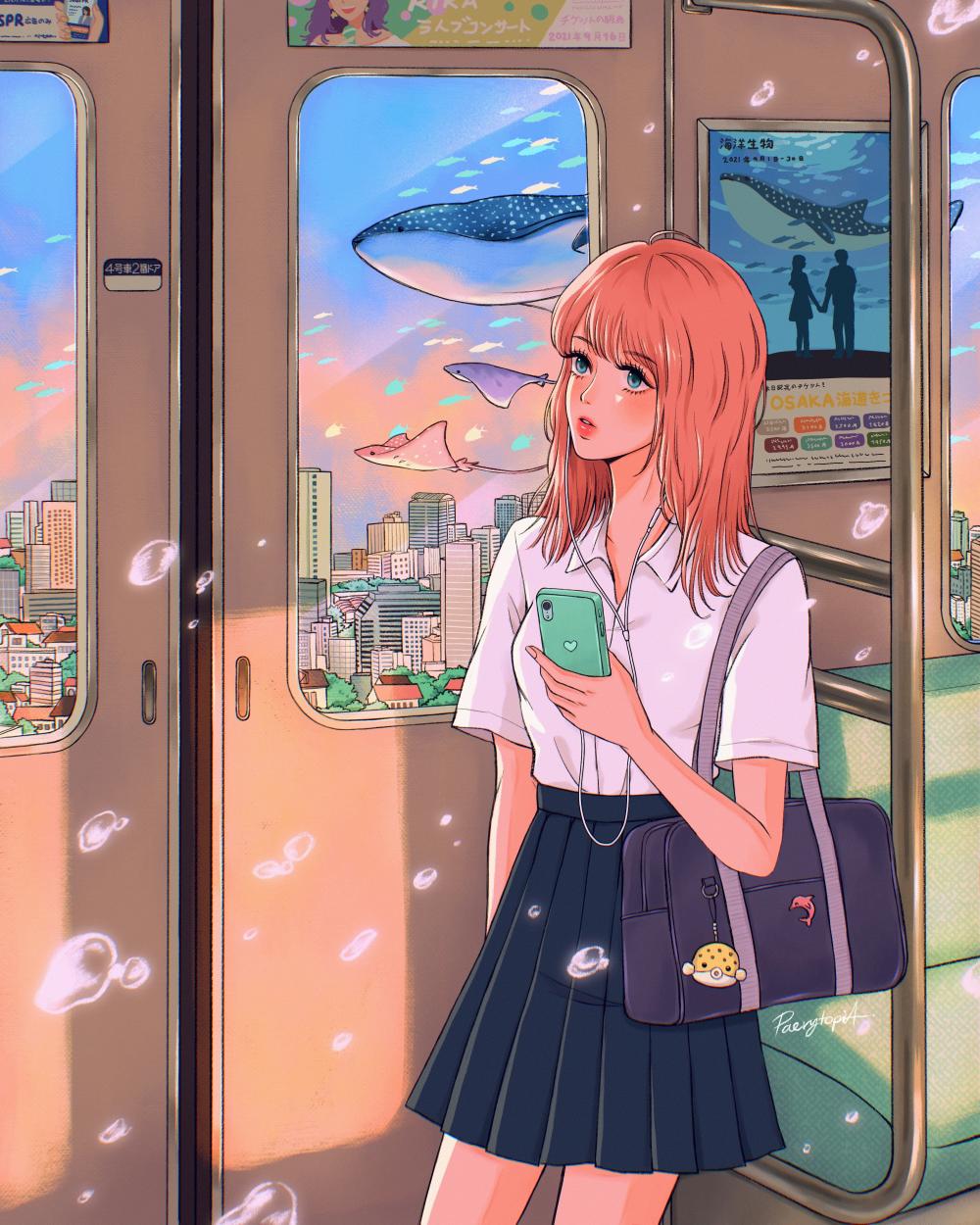