Justin Bieber will perform in Bangkok on Nov 6 with tickets to go on sale on Friday.

Live Nation Tero and AEG Presents Asia posted the tour date of the Canadian pop star on Live Nation's website, saying the concert will be held at Rajamangala National Stadium. Tickets will cost between 2,500 and 16,500 baht per seat, the organisers said.

The Bangkok stop was not initially posted on the 28-year-old Canadian pop star's world tour website.

The Southeast Asian leg of Bieber's Justice World Tour starts in Kuala Lumpur on Oct 22, followed by a concert in Singapore on Oct 25 and two shows in Jakarta on Nov 2 and 3.

The Thai gig will be the last in the region before Bieber kicks off his East Asian performances in Japan.

Bieber's first show in Thailand was on Sept 26, 2013, as he embarked on his Believe Tour. 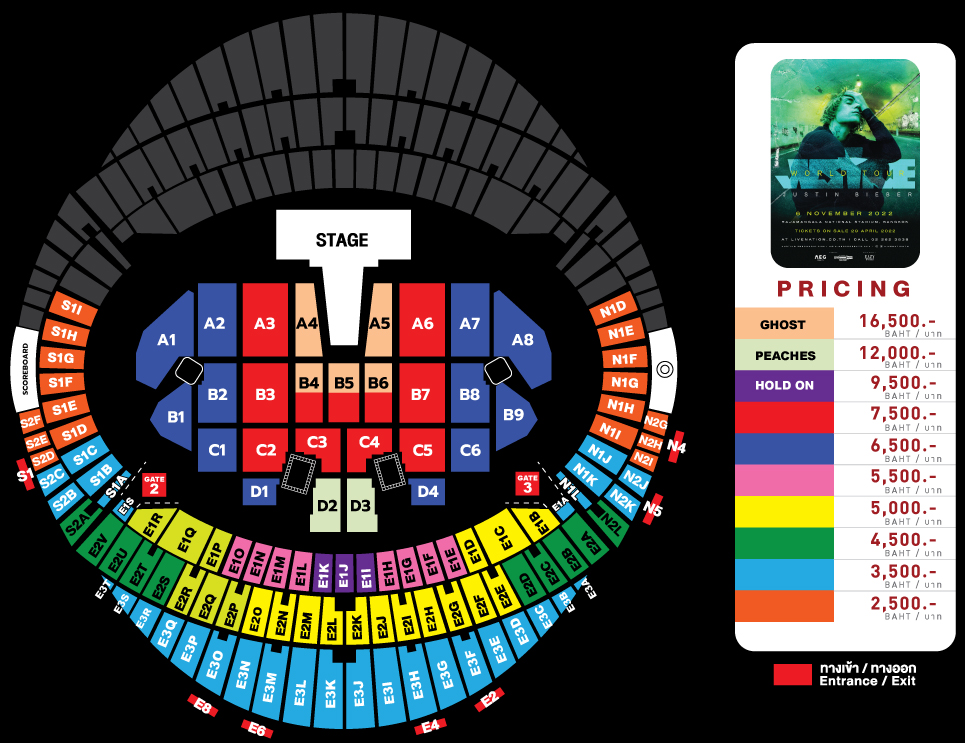