Jackson Wang of GOT7 returns to Bangkok
Life
Arts & Entertainment

Jackson Wang of GOT7 returns to Bangkok

After three years, K-pop phenomenon Jackson Wang of South Korea's boyband GOT7 returns to Bangkok for the Red World Opening Live "Jackson Wang" - Magic Man concert, which will take place on July 12 at Rajamangala Stadium, as part of The Match Bangkok Century Cup 2022 between Manchester United and Liverpool.

“It is with pleasure to have Jackson Wang performing the opening show for this historic match in Bangkok. This is the first time in Asia to witness a friendly match between the world’s most famous clubs Manchester United and Liverpool FC as well as Jackson Wang together to bring us a phenomenal lifetime experience,” Vinij Lertratanachai, CEO of Fresh Air Festival said during a press conference at Parc Paragon last night. 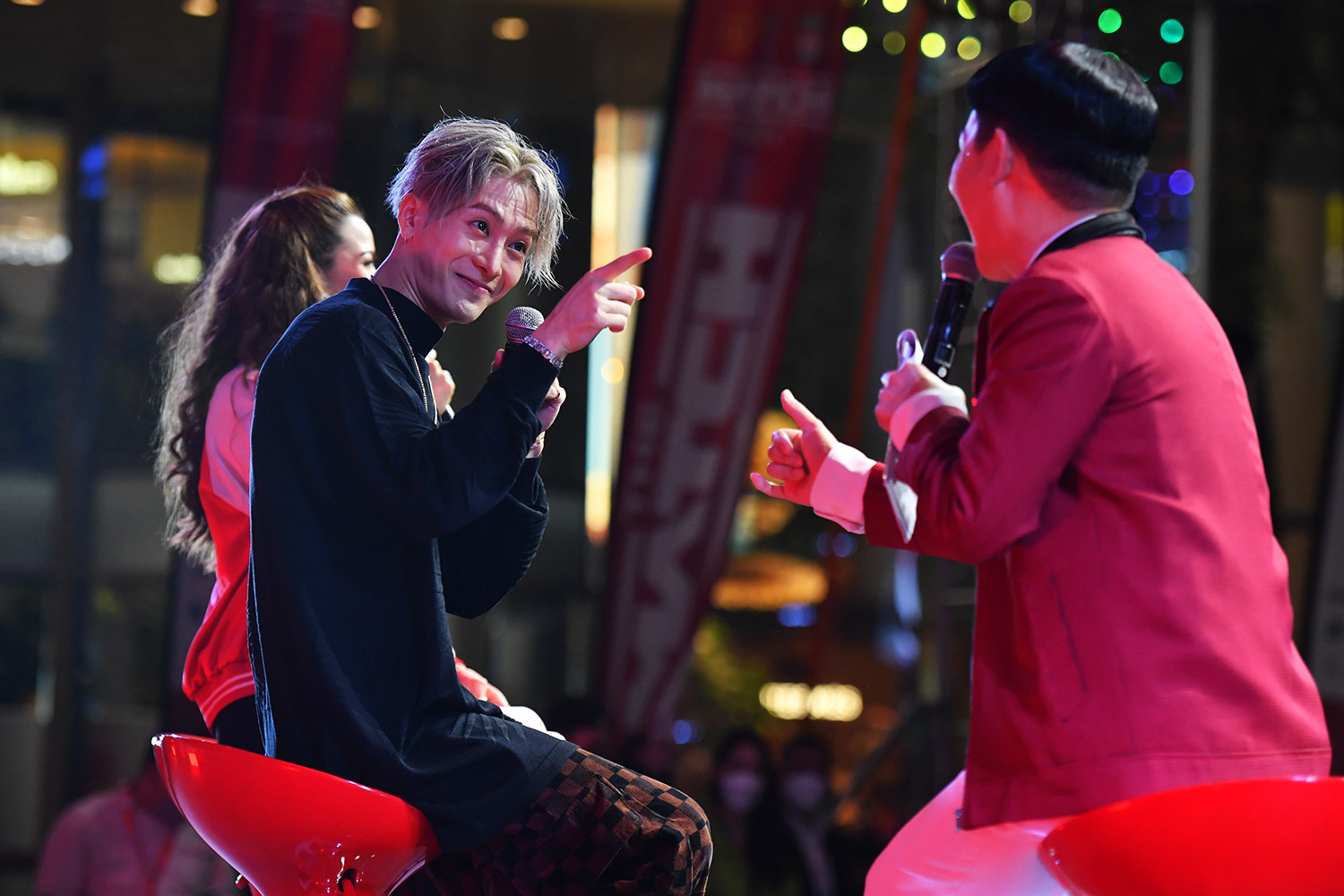 The Match will be broadcast live into 165 countries and those who hold 25,000 baht tickets and register will get a chance to see Jackson Wang's rehearsal on July 11 between 2pm to 2.45pm. On the same day, spectators with 25,000 baht tickets are also allowed to see Manchester United and Liverpool clubs practice from 5pm to 9pm.

It began to rain as Jackson Wang appeared on a press conference and greeted the sea of Thai fans at Parc Paragon. Despite GOT7's comeback in May, this is his first time debuting a show in Thailand as a solo artist.

"I really missed Thailand and it’s my honour to perform in the opening show. It’s like a dream and I really appreciate it. I will perform all songs from my new album Magic Man, which I spent two years on. I've put in two hours of practice. The production, choreography, lights, sound, music and special effects presentation will surely be a wonderful performance for everyone," Jackson Wang said. 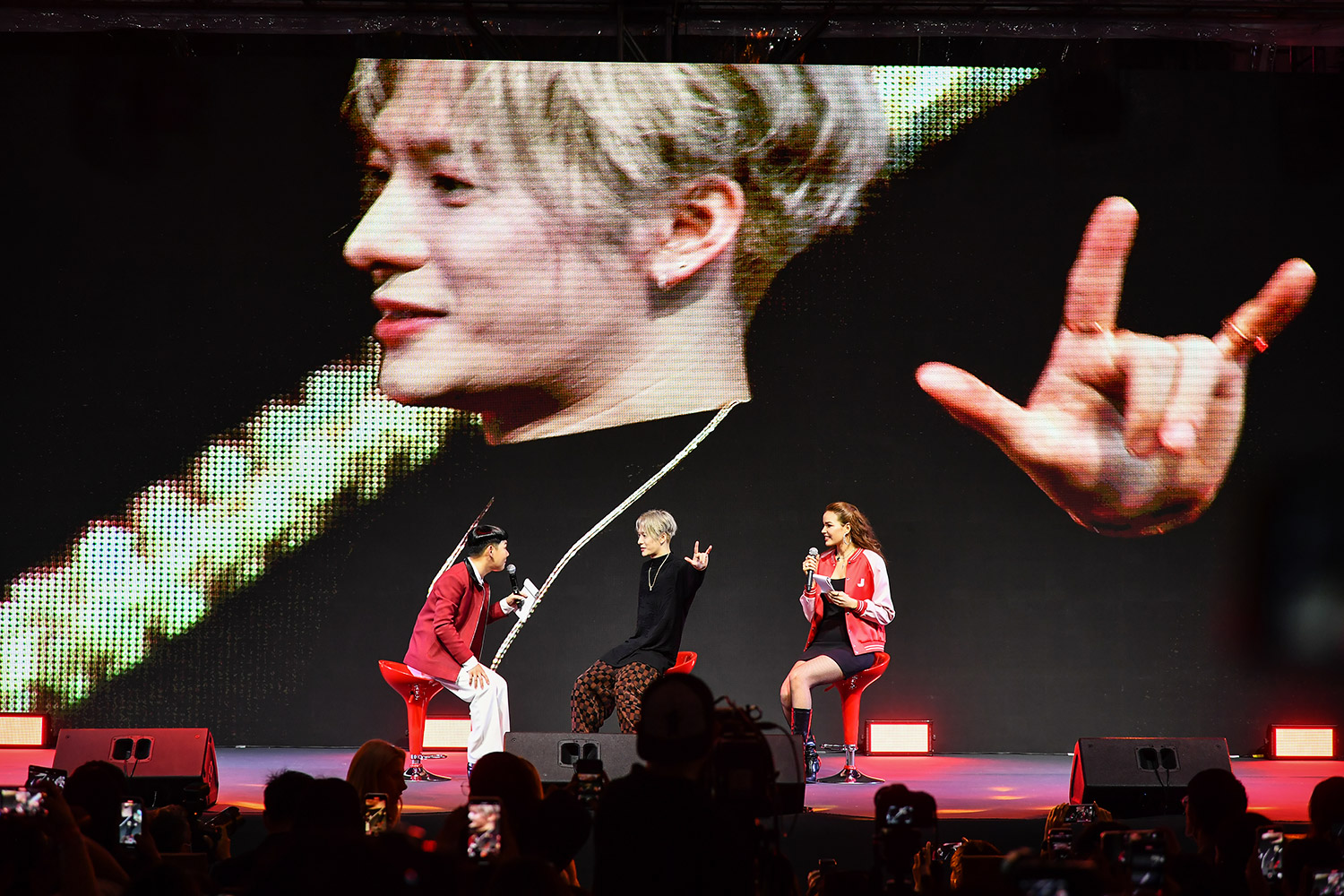 The Red World Opening Live "Jackson Wang" – Magic Man performance will be held on July 12 from 6pm to 6.45pm at Rajamangala Stadium. Tickets range from 5,000 baht to 25,000 baht and are available at Thai Ticket Major counters and online at thaiticketmajor.com.

Fans cheer and try to catch a glimpse of Jackson Wang of GOT7 as he arrives at Suvarnabhumi airport, Samut Prakan province, this week. (Video: Passakorn Yut's YouTube page) 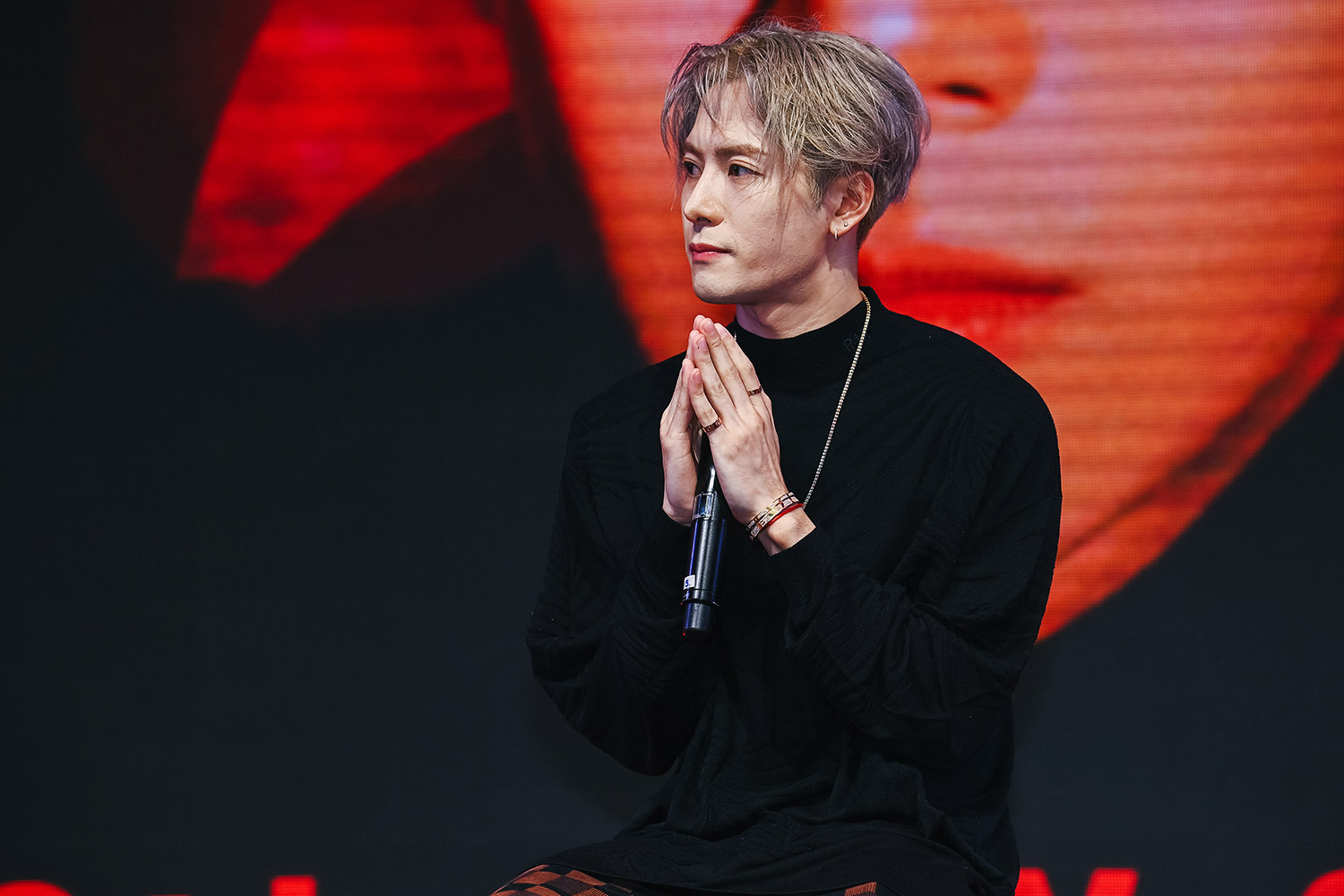