There were rugs, cushions, couches and chairs. There were TVs. There were books for browsing and perusing. There were vegetable gardens. In one, there was a beautiful woven bamboo structure, under which people cooked, ate and talked. There was a room for children, too. For the bigger kids, there was a small skateboarding ramp.

But not every space felt like a living room, a library, a place to hang out or a space to play. There were also spaces more typical of an art exhibition -- rooms darkened and partitioned by black curtains for film screenings, rooms with artworks and explanatory panels on their walls.

Curated by Jakarta-based collective ruangrupa, the 15th edition of documenta, which ran for 100 days from June 18 to Sept 25, marked the first time an artistic collective was selected to curate the show and the first time the curatorial team came from the so-called Global South. The documenta project began in 1955 in the small German city of Kassel, which remains home to this quinquennial that has grown to become one of the biggest art shows in the world.

The collective ruangrupa made this documenta about communality, sharing and sustainability. It cites "friendship, solidarity and community" as its core values and anchored its exhibition in the idea of lumbung, the Indonesian word for a communal rice barn where surplus harvest is distributed among community members. Lumbung values include "humour, generosity, independence, transparency, sufficiency and regeneration".

Ruangrupa didn't set out to only to invite artists and commission artwork. It set out to build an artistic ecosystem and its own economic system at documenta that rejected the gallery system, artistic hierarchy in curatorship and individualist art-making.

The collective flattened curatorial hierarchy by inviting other collectives from countries of the Global South to become lumbung members. The 14 members not only shared money and ideas and provided support for one another through group discussions or mini majelises, they also invited other collectives to documenta and took part in the curatorial process.

That was probably how documenta fifteen ended up with over 1,500 artists. Farid Rakun told German newspaper Süddeutsche Zeitung in late July that it was impossible to see everything because the exhibition was constantly changing. He said, to the surprise of the interviewer, that he himself hadn't seen the entire exhibition. Rakun recommended visitors not rush through the exhibition and approach it with patience as the curators themselves still had a lot to learn from the collectives they had invited. Another ruangrupa member Ade Darmawan said in a post-documenta interview with The Art Newspaper that if they could have done something differently, it would have been to downscale. 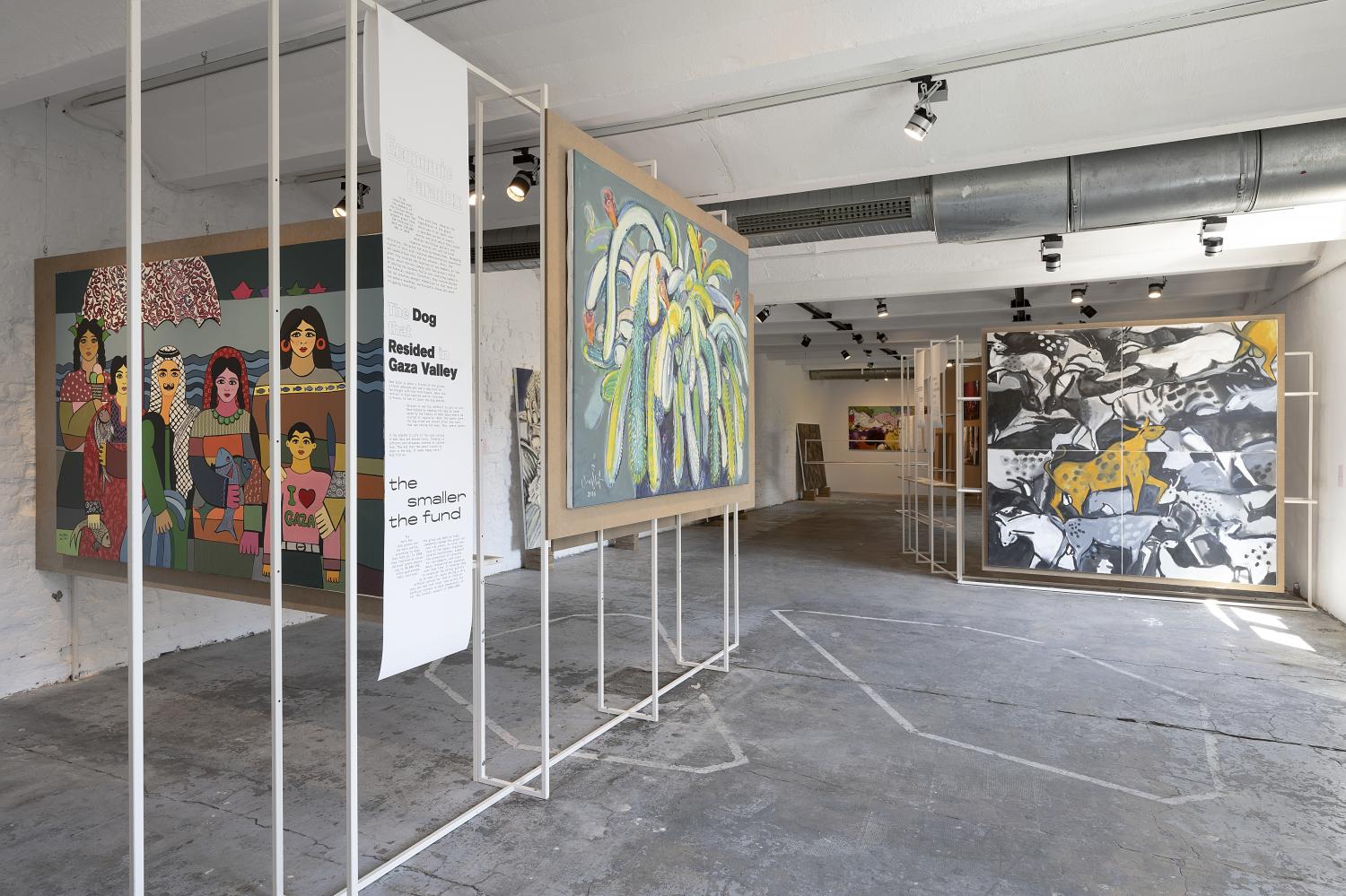 As a visitor, it was difficult to tell whether the lumbung concept worked on the exhibition level. I spent a little over a day in early September at documenta, but I mostly looked at art in a more or less conventional way. What I happened to see were mostly completed works with no presence of artists.

Yes, in certain rooms and venues, there were traces, suggestions and clear efforts by artists creating not just art, but also community. And the curators had considered the audience by creating spaces and atmosphere that allowed them to feel like they could do more than look at art. Visitors could bring their children to play at RURUKIDS at the Fridericianum museum, eat food cooked by members of Bangladeshi Britto Arts Trust, sit and flip through a few books at the Dutch Black Archives' exhibition space and even skateboard on a half-pipe built in a collaboration between Baan Noorg Collaborative Arts and Culture from Ratchaburi and Kassel-based Mr Wilson Skatehalle.

But from reading interviews of some participating artists, I realised that this documenta was an art show by artists for artists. Ruangrupa had always wanted the relationships and the works formed for documenta fifteen to continue to exist beyond the 100-day period in Kassel. And the participating artists said they have benefitted from ruangrupa's model.

But an art show realised by curators who have a loose grasp on what they're presenting is bound to run into problems with the public.

This is perhaps one of the reasons why, as anti-Semitic accusations of some of the works at documenta fifteen piled up, ruangrupa was never able to coherently defend any of the accused artworks in interviews, statements or the exhibition itself. 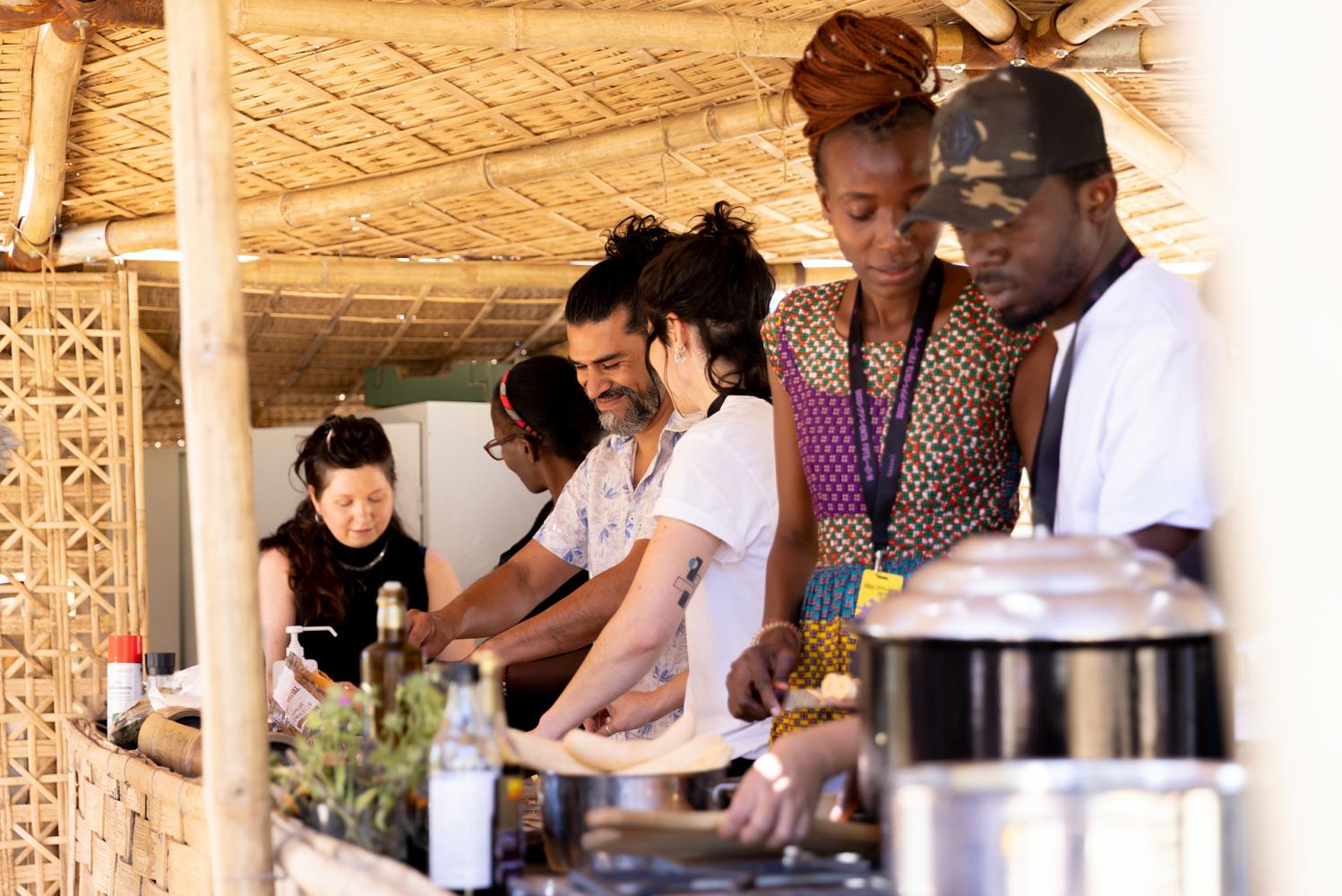 Worse, they dismissed the issue as a German one. In the case of a cartoon in the Archives Des Luttes Des Femmes En Algérie (Archives Of Women's Struggles In Algeria), they responded with a sorry-not-sorry statement that faulted the viewers for not understanding the artwork. And they showed little respect and curiosity towards the way Germany deals with its history and the country's culture of remembrance.

To be fair, it's understandable why the artists at documenta felt defensive about their work and wanted to strengthen their solidarity with one another. In the months leading up to documenta, ruangrupa and Palestinian collective The Question Of Funding were accused of anti-Semitism in a blog post by the Alliance Against Anti-Semitism in Kassel, which appears to be a one-person operation, because of their support for the Palestinian-led Boycott, Divest and Sanctions Movement.

To even begin to research these artists' political activities and then reach the conclusion that they were anti-Semitic simply because of their stance on Israel and Palestine reeked of both witch-hunt and anti-Muslim and anti-Palestinian bigotry.

These are artists from countries where censorship and government oppression are commonplace. They would certainly be wary of any sign or small hint of control from authorities and outsiders.

What followed were vandalism of art venues, most notably of the WH22, where "The Question Of Funding" exhibition was located. Some artists reported racially motivated and transphobic attacks against them. Dialogue seemed difficult at this point. A planned series of talks to address the accusations was cancelled.

But once documenta opened and people started reacting to what they saw at the exhibition (starting with anti-Semitic images in the Indonesian collective Taring Padi's towering banner, People's Justice, which was later covered with a black cloth and eventually dismantled), the curators were naturally expected to take responsibility. When ruangrupa repeatedly claimed in interviews during documenta that it was impossible to have dialogue in Germany, it was difficult to sympathise with them by that point. 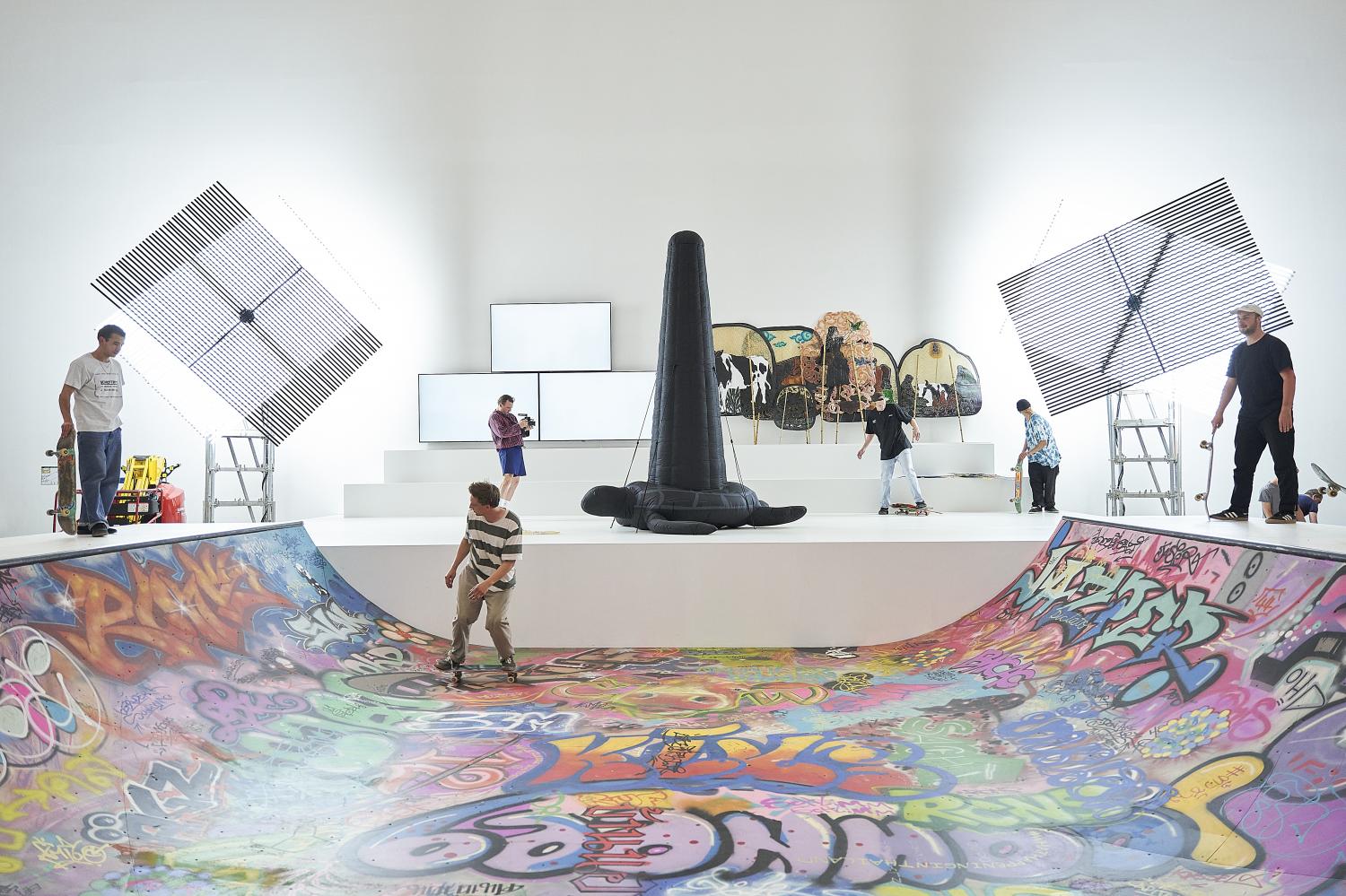 Part of their job as curators was to facilitate dialogue at documenta, and when an issue as serious as anti-Semitism had arisen at their exhibition, ask penetrating and difficult questions of themselves and fellow artists and be asked challenging questions by the public in return.

Instead, soon after the Taring Padi scandal, the curators showed up at a talk held by the Frankfurt-based Anne Frank Educational Institute and documenta und Museum Fridericianum (a city-, state- and federally-funded non-profit that organises documenta) to say that they were there to "listen and learn", but then didn't participate in the conversation.

Meron Mendel and Julia Alfandari of the Anne Frank Educational Institute, who ran a booth at documenta to talk to people about anti-Semitism, told German newspaper Frankfurter Allgemeine Zeitung that ruangrupa had rejected other proposed formats of exchange with artists and later forbade the institute to hold forums with artists in front of the booth.

Another reason for ruangrupa's poor crisis management may have been that they worked in a bubble of artists. What was attempted at documenta was an ideal art ecosystem where everyone got along, ate from their organic garden, expressed solidarity for the right causes, owned their own media, recycled, composted, and shared money equally and fairly.

Artists shouldn't be faulted for imagining and attempting to create new possibilities or ideal worlds in reaction to the reality and status quo of societies they're living in. But the curators should have also been more informed and aware of the fact of being in Germany and the reality of working within the existing structure of the documenta organisation. 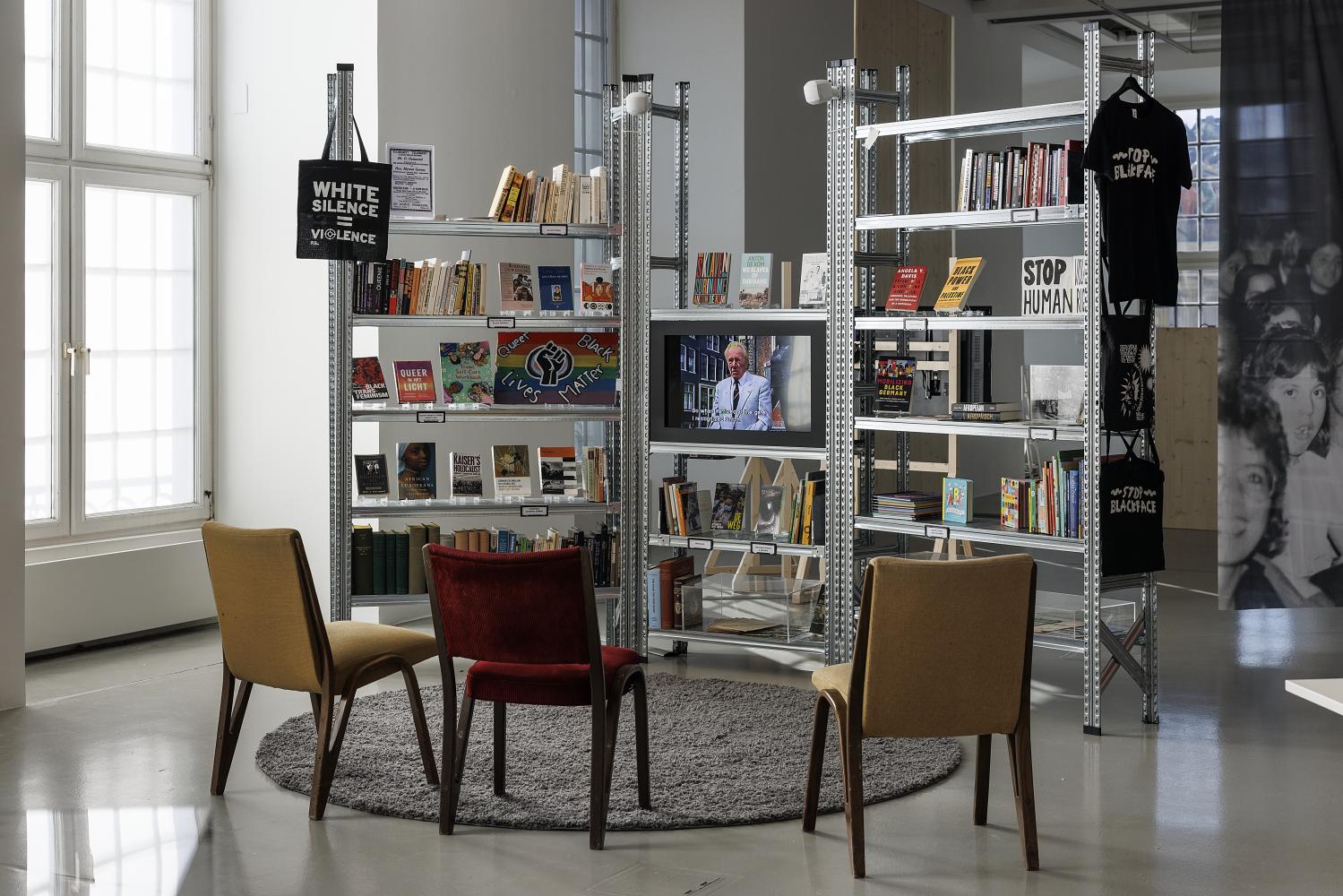 It's easy to appreciate the necessity of artistic collectives and communities in countries with undemocratic governments where there is lack of infrastructure and support for the arts. But because of the sense of belonging and security a tight-knit artistic community provides, it can eventually form a bubble around itself, which can hinder proper growth.

I couldn't help but wonder, though, what it would have been like if ruangrupa and the lumbung members had invited and tried to find a way to work with collectives whose practices, philosophies and politics vastly differ from theirs? Would they have been forced to look more critically and work harder at upholding some of their values such as generosity, solidarity, independence, friendship and community?

If that were to ever happen, what would the art and the conversation look like?

Stay tuned next week for a review of the artworks at documenta fifteen.