As well as the much publicised hilltribe treks and elephant rides through lush rainforests, there are a host of other slightly more low-key attractions such as the city's iconic second-hand bookshops which carry an amazingly diverse array of publications, many brought in by backpackers from all corners of the globe. 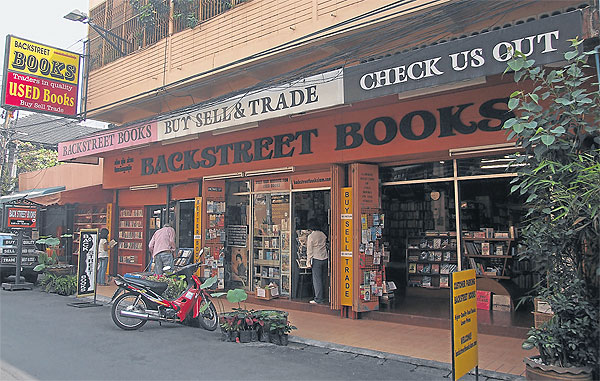 These shops are veritable Aladdin's caves for bibliophiles who can spend days happily browsing through every nook and cranny in search of that rare and elusive bargain.

One of the most popular sources of treasure trove is the Back Street Book Shop in Chang Moi-Kao Road, just off Thapae Road, owned by George O'Brien who has had a colourful and chequered career, starting as a chef in Dublin during the 1960s.

His his cooking career, however, took an unexpected turn when the building that housed his restaurant was suddenly demolished. This gave him the opportunity he was looking for _ to quit the business and backpack his way through Asia.

After years of travel, he finally ended up in Pai, a small town about half way between Chiang Mai and Mae Hong Son in northern Thailand, where he opened a small bookshop. It flourished, so he shipped his considerable collection of books over from Ireland and set up the Back Street Book Shop in Chiang Mai.

"When I opened this shop I had about 4,000 books," he recalls. "And about a thousand of them were books on birds as I'd been an enthusiastic birdwatcher back in Ireland. They sat on the shelves for about six months and I feared that I'd never sell them. Then one day a Thai doctor came into the shop and bought two. Strangely this seemed to trigger a rush and within a matter of months, I'd sold the lot just as I'd been contemplating retiring from the book business and reviving my interest in birdwatching." 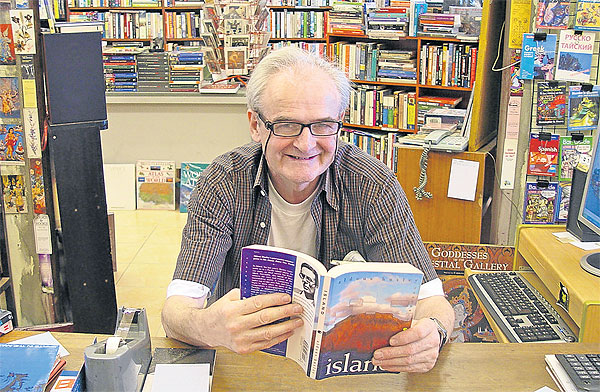 But now retirement is certainly the last thing on Georges's mind. His collection of books has swelled to 40,000, and buyers are coming in from all over the world. They're joined by the over 30,000 American expatriate retirees who have voted Chiang Mai the second most popular retirement destination in the world.

Having a fair bit of time on their hands, many are avid readers so business is doing very well, and George is still amazed at how some titles and authors, which one wouldn't expect to be big sellers in Thailand, have actually proved to be quite popular.

"Samuel Beckett, what a man," he says, pulling a copy of Waiting for Godot from the shelf. "You'd never guess that something like this would be popular in the hills of Thailand. One would have to agree. Much of Beckett's work is a bleak portrayal of some of the worst aspects of human nature, often combined with a good dose of black comedy and gallows humour. But we have a lot of universities and international schools here and it's not unusual to sell one or two of these a week. A lot of the teachers and students are very well read and a lot of them are serious book collectors as well."

Moving along, he comes across a copy of Apocalypse Now, a screenplay of the movie based on Joseph Conrad's Heart of Darkness. "No bookshelf in Southeast Asia should be without one of these," he chuckles. "Its riveting."

George's wide range of interests enables him to speak with authority on the wide range of subjects covered by the books in his shop.

Though, people are reading fewer and fewer books, classic literatures such as Heart of Darkness , Waiting for Godot or The Great Gatsby are a must-have for many used bookshops.

"This is one of my favourites," he says, flipping through the pages of a rather amazing volume entitled The Book of Matchbox Labels by Roger Fennings.

"I used to be a matchbox collector myself, a 'phillumenist,' I think they call us, but I've been called a lot worse since then."

"But we've stuck to our philosophy to have a good bookshop, to enjoy ourselves and make enough money to survive and pay the staff. And at the end of the day, it's the staff you have around you who make the shop what it is."

But as digital technology continues to change the way we live, many book lovers fear for the fate of the printed word. Already several major bookstores around the world have shut up shop and a lot of small independent booksellers are struggling to survive.

With the proliferation of e-books so easily accessed and downloaded from the internet, what lies ahead for Chiang Mai's famed second-hand bookshops?

"Who knows? Our generation and the one before it are used to the feel of the actual physical book. But the younger generation go to school with laptop computers. It's a whole new ball game now. So we can't put our heads on their shoulders and vice versa. At the moment it's OK. I'm still buying books and still selling books so hopefully I'll get another 10 years out of it."

If he's right, we can thankfully look forward to at least another decade of browsing the bookshelves. It would be tragic to see the end of the second-hand bookshop era but, as the Lord Buddha preached: nothing lasts forever, so make the most of it while you still can.

Visit www.backstreetbooksiam.com and discover, as their motto says: There is more to Backstreet Books than meets the eye!