Exhibition of 23 artists from Bangkok and Manila queries our concepts

An exhibition currently on display at Chulalongkorn University’s The Art Center combines videos, oil-on-canvas paintings on walls and gigantic creations hanging from roofs. There are photographs of nakedness and nature, huge installation works on floors and electronic sculptures which could take you quite some time to figure out, if at all. 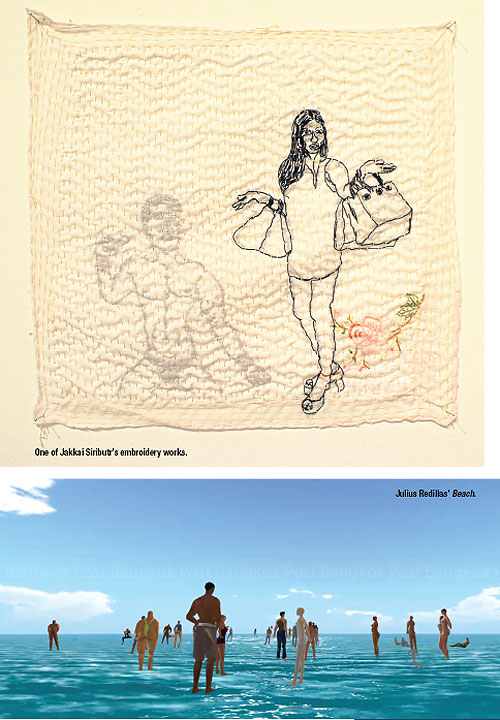 The exhibition “Radiation: Art And Queer Ideas From Bangkok And Manila, Un-Compared” is curated by Bangkok-based art lecturer and critic Brian Curtin and it comprises works by 23 artists from Bangkok and Manila. The main focus of this exhibition is about how all societies and cultures have different views when it comes to the terms “queer”.

“It’s a curatorial exercise,” says Curtin, “that looks at the diverse meanings of queer for different cultures, contexts and people.”

Works like Viet Le’s Love Bang! and TRASHER BANGKOK’S Give Me All Your Lovin’ (Bangkok Version) are obvious in terms of the queer society’s open expression of self and sexuality. By using plotlines of music video love stories, but focusing on romance between a transgender and transvestite instead of the conventional heterosexual couple, Love Bang! challenges conventional attitudes of love and explores the endless possibilities when it comes to sexuality. TRASHER BANGKOK’S parody of Madonna’s Give Me All Your Lovin’ in a way is an assertion of the queer community’s place in society by having a transgender starring in a mainstream song. 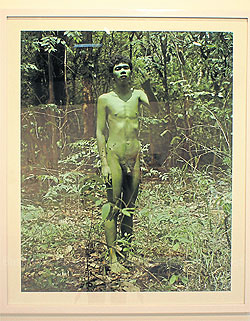 In both photography series Poser by Ho Tam and Michael Shaowanasai’s Portrait Of Man In Habits, the works are more about what they make us think about than what they present to us directly. Ho Tam’s works are a series of normal-looking monks in photographs but the fact that it’s exhibited here in this particular exhibition might stir memories of scandals involving homosexual monks seen in the news over the past couple of years. Moreover, the fact that they do not look stereotypically homosexual challenges the assumption that sexuality can be determined by appearance.

Next to the series Poser, Michael Shaowanasai’s Portrait Of Man In Habits stands directly opposed to Ho Tam’s monks. This huge portrait shows a monk heavy in make-up, eyebrows nicely drawn, mascara and eyeshadow full on and holding a pink handkerchief. Instead of provoking our memories about past scandals, it instead questions our perception of monks, that maybe a good monk doesn’t have to be like how we imagine.

Julius Redillas’ video Beach and Jakkai Siributr’s embroidery work 7481 don’t necessarily relate to issues about sexuality but apply to a certain group who haven’t quite found their place in society. In Beach, a video shows a computer-generated crowd of people standing in the shallows of the sea. Walking around aimlessly and looking out to the horizon as if trying find something, these characters — of various different races and physical attributes — seem to show that “the search” is a universal experience that everybody experiences.

Jakkai’s embroidery work is quite simple and literal. While the roughly-embroidered characters in the front are men and women dressed in regular clothes, the blurred ones at the back are muscular men in underwear.

Probably the most striking work is Tada Hengsapkul’s photographs of a man completely naked in a jungle and staring straight into the camera. If you’re thinking about these photographs with a mindset of looking at queer art then maybe it’s the artist’s take on sexuality as something that’s pure instinct, without social construction (clothes) or civilisation (the city setting).

Perhaps the title “Radiation: Art And Queer Ideas From Bangkok And Manila, Un-Compared” is a little limiting, even misleading, as to what the body of works has to offer. After an hour or so of wandering, one might begin to realise that it’s a lot more than just “queer art”. Or maybe the exhibition itself serves as a challenge to our definition of the word “queer”.

Does it deal directly with the question of gender and sexuality, or it does it actually apply to anything that is not “ordinary” and “conventional”? Art that is a step away from the societal norms may have nothing to do with sexuality at all.

“Radiation: Art And Queer Ideas From Bangkok And Manila, Un-Compared” is on display until April 5 at The Art Center, Chulalongkorn University. 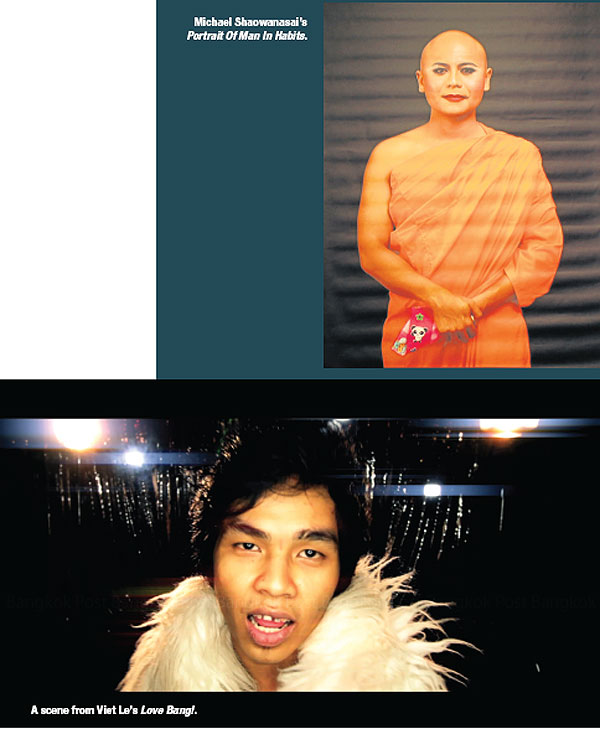