The crowdsourced hunt for the great Thai whale

For the first time, the unabridged text of the 19-century classic Moby-Dick will be translated for readers in the Kingdom

American author Herman Melville's Moby-Dick; Or The Whale was first published in 1851. But it wasn't until 2015, 164 years later, that an unabridged version of tome — one of the best-known books in the world — will be translated into Thai. 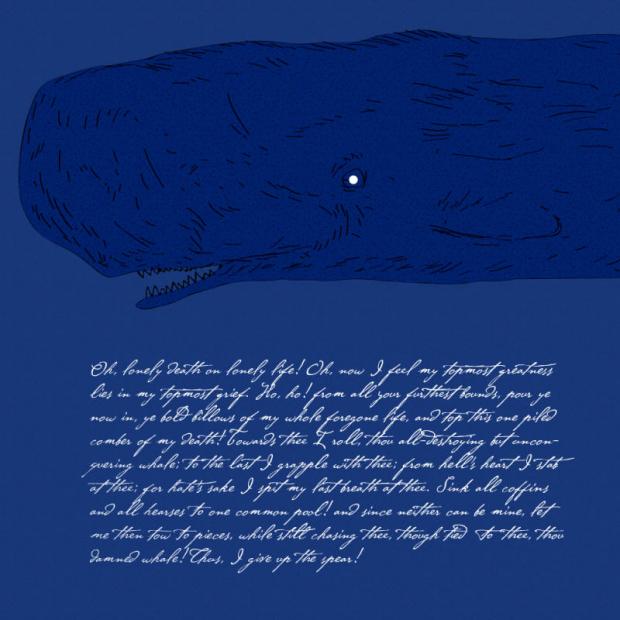 The Thai translation of the unabridged Moby-Dick is tentatively scheduled for a June release.

In a bid to promote classic literature to local readers, the publishing model is not commercially driven. The goal is to print 700 copies of Moby-Dick, and the publisher has set the target at 700 contributions, each chipping in at least 700 baht to fulfil the 500,000-baht cost of the project. Each contributor will receive a hardcover copy of the Thai Moby-Dick, heroically translated by Kwanduang Sae-tia and edited by Montree Phoomee.

The true aim of the project isn't about physical copies of the book, but instead the free sharing of knowledge and literature. The translated text of Moby-Dick will be made public, meaning that any publisher willing to print it — commercial, educational or otherwise — is welcome to do so under a Creative Commons license.

The project has so far achieved 90% of its intended target and the book is expected to be ready for publication in June.

"There were a couple of Thai editions of Moby-Dick before — I remember reading it as a teenager. But it was the abridged version, not the full, complete Moby-Dick," says Kittiphol. "We're not translating the book in order to sell it. The crowdfunded project is mainly to support the translation, because the text will be made free. We believe classic literature should be made available to everyone in a language that can be accessed by a lot of people."

Unlimited Literature last year used the same model to translate and publish Plato's Republic from the Greek into Thai.

Moby-Dick is a more popular choice, but no less important. The book is near-universally known, although not many are brave enough to plunge into Melville's dense, oceanic adventure, punctuated by seafaring metaphysics, marine zoology and seamen's misfortune and lament. The story of Moby-Dick, the vicious, elusive white whale, is also the story of the monomaniacal Captain Ahab, who leads a whaling boat in his years-long hunt for the leviathan that once destroyed his ship and severed his leg.

"I grew up with modern classics, and 19th-century literature is a frontier that I feel under-explored [in the Thai language]," says Kittiphol, who is also a writer and editor. "Once you've read Moby-Dick, you can never run out of conversation topics. It's a romantic adventure, but it's also philosophy, politics, sociology and is a portrait of capitalistic cruelty. There are so many ways to interpret the book.

"Ahab is a great character — a mysterious, crazy man on a mad hunt. I want to know more about him — more than Ishmael, who narrates the story. I believe that people should be able to read this book and feel the curiosity and excitement."

Kwanduang spent three years working with the text (the novel runs about 750 pages in most editions).

Daunting length and thick prose aside, Melville's use of Latin phrases, quotes, and religious and zoological references (the chapter in which Ishmael describes each species of whale in maddening detail is a challenge even to readers) also posed substantial obstacles for its translation.

Compiling footnotes and indexes was an immense workload for both translator and editor, Kittiphol adds. He remains confident the project will meet its monetary target, and perhaps exceed the original goal of 700 prints.

"After that, the manuscript will be free for all to reprint, even to re-edit, with the translator credited. We have an excerpt of the translation on the website. It's not the final edit, but you can read it now," he says.